Vicky Tiel is a unique phenomenon in the world of fashion. She began designing 49 years ago and is the only American fashion designer operating a business in Paris over this time. She is currently the longest lasting female designer in Paris.

As the "It" girl of the Sixties, Tiel's signature dress designs made women feel and look great in their corseted, draped dresses that flatter the curves of a woman's body. Tiel's couture designs have been sold exclusively in Bergdorf Goodman and Neiman Marcus for over thirty years and worn by everyone from her partner Elizabeth Taylor and the backer of her Paris boutique, to Goldie Hawn, Halle Berry, Kim Kardashian and Oprah Winfrey.

Tiel evolved from the mini, the pouf and hot pants, to glamorous evening gowns. People Magazine in the mid-eighties called her the "Queen of the Bustier." Her designs, constructed with French corsets to show off the feminine figure and give a woman confidence, were so in demand in 1989, that Bergdorf Goodman opened their first custom couture salon since the Fifties for Tiel. Her designs are still worn by leading ladies today, as Tiel believes in clothing that is timeless.

In 2011, Tiel wrote her memoir, "It's All About the Dress", published by St. Martin’s Press. She has a fashion-art-couture blog on the Huffington Post and continues to sell her fragrances and collection on HSN. 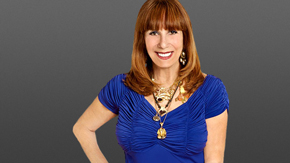