The surge of woman-power we’ve witnessed over the past few months is nothing short of inspiring. With an estimated 4 million people (in the US alone) joining the Women’s March on January 22, the impact of girls, women and their supporters working together cannot be denied.

In the fashion industry, the story may be lesser known, but the impact women have made on unfair practices is no different.

For centuries, women have woven the fabric of fashion’s history as they have organized for better working conditions, equal pay and visibility in an often male-dominated field.

As part of our new blog series shining a bright light on women’s contributions to the fashion industry throughout history, we start by featuring those women who protested almost 200 years ago for rights some continue to fight for in parts of the world today.

And the more we delve into their stories, the more we realize that whether the women we are about to introduce worked in fashion or bettered the conditions for other women working in factories, these change-makers fought for rights that would make life better for all women.

In the 1820s, women dominated the textile industry. In fact, in some mills, women made up 85 percent of the workforce. Men were in supervisory positions while women filled the lowest level jobs. Work days were 12 hours long (sometimes more) and pay was a set wage for women, whereas men made twice what their female counterparts made and were able to negotiate for higher pay. The working conditions were unsafe and firing practices unfair. Women were let go for transgressions such as “having a questionable character.”

Two seamstresses from New York, Lavinia Waight and Louise Mitchell, had had enough of the unfair practices. The two brave visionaries formed the first all women’s labor union, the United Tailoresses Society (UTS) of New York, in 1825. On their protest agenda? Abolishing 16-hour work days that did not guarantee a living wage. 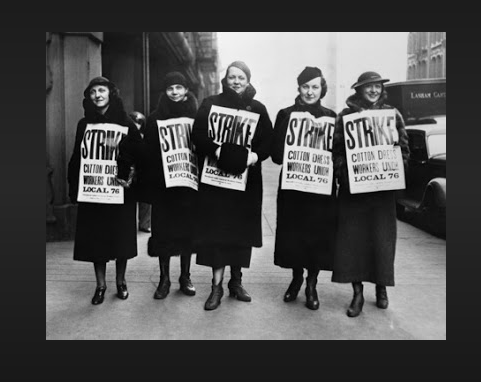 Despite being met with ridicule and resistance, the UTS continued to meet and publicize the dangerous and unfair conditions under which its members were working. In 1831, the UTS led a strike of 1600 seamstresses demanding a minimum wage for their services. Unfortunately, the women were met with continued resistance from their employers and little support from male trade unions. The women headed back to work as they needed money to care for themselves and their families.

Though Waight and Mitchell may not have been successful in obtaining their demands, they did set off a wave of protest that continued throughout the 1830s. Women shoemakers and textile workers carried on the quest for fair wages and hours in Massachusetts, New Hampshire, Pennsylvania and of course, New York.

Fast forward almost 100 years and women are once again making waves in the fashion industry and beyond. This time, the movement spread from a localized area on the east coast to the national scene. In 1903, the first American national trade union dedicated to women workers was established. The Women’s Trade Union League (WTUL) was formed because the American Federation of Labor (AFL) would not include women workers into its unions. 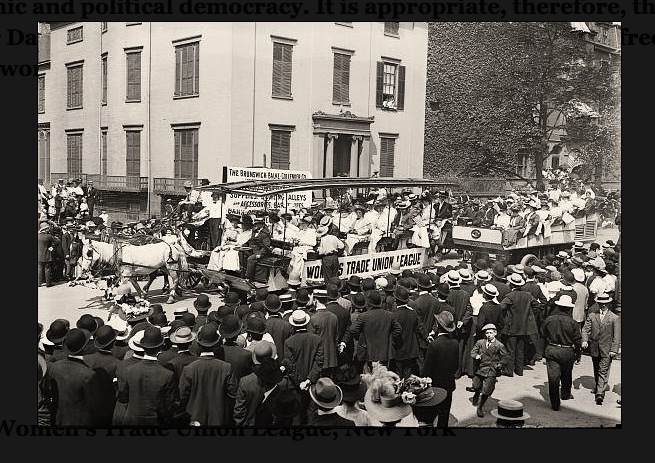 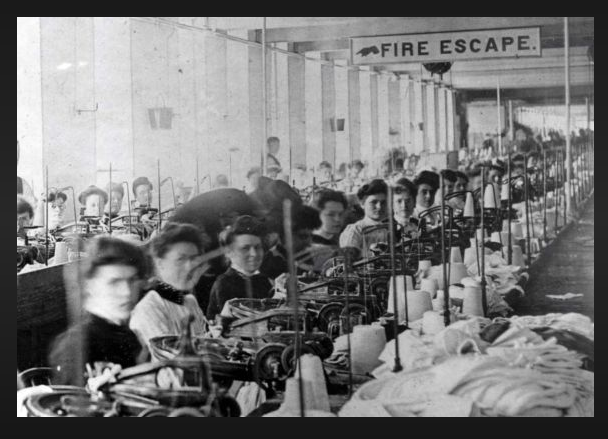 In 1909-1911, garment workers once again went on strike. The WTUL set up “strike funds” for workers in need. After the 1911 Triangle Shirtwaist Factory fire in New York City, the WTUL conducted an investigation and was influential in establishing new factory safety regulations. Dissolved in 1950, the WTUL was responsible for creating safer workplaces for garment workers across the country.

Meet the Change-Makers of Today

From the 1800s to the 2000s, women in fashion have used their voices to seek an improved quality of life for other women. These voices have together joined forces and broken the glass ceiling in various work areas, which were previously dominated by privileged male supremacy. To ensure that your next event is highly motivational and successful, consider getting one of these very powerful voices to speak at your event. It might surprise you, but a speaker can help a lot in ensuring guaranteed success of your event.

Celebrity style-makers like Scarlett Johannson speak out on behalf of Planned Parenthood. Designers like Donna Karan raise money for women fighting ovarian cancer. And power bloggers like Leandra Medine start podcasts which call on other women to stand up and use their voices for good.

Over the next few months we will be featuring great women in fashion and the contributions they’ve made to the industry and beyond. We are also thrilled to announce that our founder (and author), Francesca Sterlacci, will be releasing the Second Edition of the Historical Dictionary of the Fashion Industry due out this summer. This valuable resource for fashion students will include women change-makers in fashion from A-Z. We will keep you posted on exact release date!