Ask any designer to rattle off a few famous women in fashion, and you’ll likely hear Vionnet…Chanel…perhaps Diane von Furstenberg or Donna Karan. We know their designs, and quite often their career paths and even life stories, as well.

But what about the women working tirelessly behind the scenes to promote the designers we call by name and design?

This week, we take the opportunity to feature influential women throughout history who made their careers in fashion journalism. Though many of these women have careers that span decades, notice the significant contributions they’ve made, decade by decade.

Known as the “grand dame” of American fashion, Virginia Pope was considered by many in the fashion world as the first serious fashion journalist. Pope was the fashion editor for The New York Times from 1933-1955. In 1934, she began covering the Paris haute couture collections and in addition to her fashion column. Her coverage also featured the business of fashion and Pope regularly reported on the growth of the wholesale and retail marketplace. In 1955, she joined Parade magazine as fashion editor. 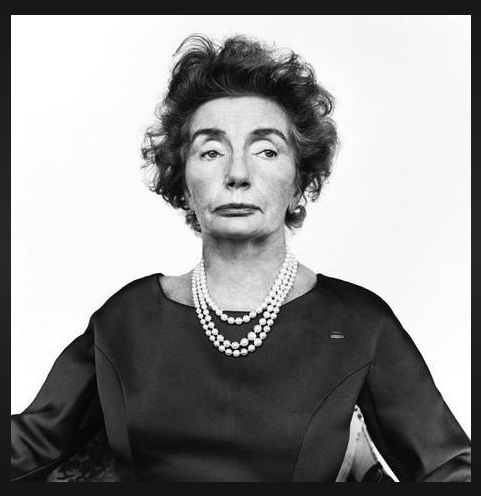 In 1921 and at age 34, Snow joined French Vogue as an assistant fashion editor where she remained for 11 years. In 1934, Snow defected to archrival Harper’s Bazaar and within a few months was promoted to editor-in-chief, where she made sweeping changes and built her reputation as “a little Irish firecracker.” 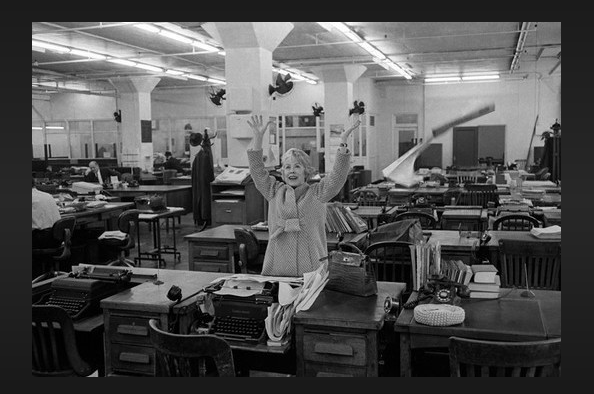 In 1937, Sheppard moved to New York (from Colombus, Ohio) to begin writing for Women’s Wear Daily. In 1938, she landed a job at the New York Herald-Tribune as assistant editor of the women’s page. By 1947, she was the Tribune’s fashion editor and created journalistic history when she combined fashion reportage and New York gossip with pictures of society’s most fashionable.

In 1956, Sheppard’s syndicated column, “Inside Fashion,” appeared in 100 newspapers around the country making her one of the most powerful fashion columnists in the country. Covering the European collections with fashion illustrator Joe Eula in tow, together they would go head-to-head against WWD, their biggest competitor. Sheppard’s pen was so mighty that she was actually banned from the showrooms of designers Cristòbal Balenciaga, Yves Saint Laurent and Hubert de Givenchy for writing unfavorable reviews of their collections.

In collaboration with Earl Blackwell, Sheppard wrote two books, Crystal Clear (1978) and Skyrocket (1980). Sheppard’s career spanned more than 40 years and in her memory, the Council of Fashion Designers of America (CFDA) each year presents the Eugenia Sheppard Award to a deserving fashion journalist. 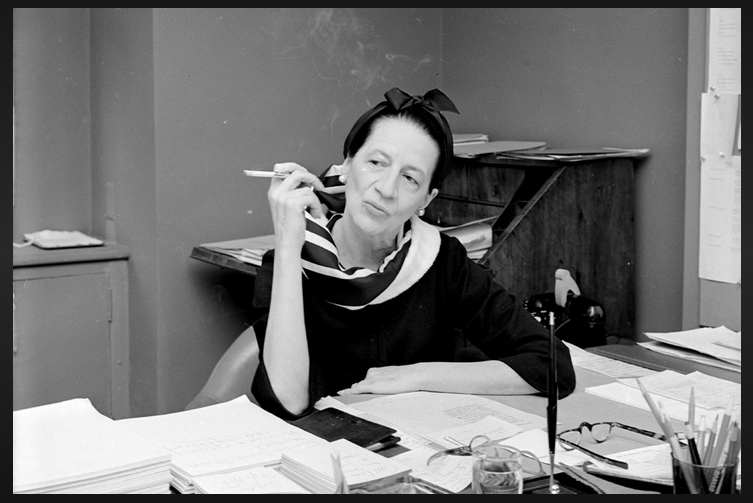 Vreeland worked under Harper’s Bazaar’s editor-in-chief Carmel Snow from 1939 until 1962 when she moved on to Vogue magazine, where she became editor-in-chief in 1963. While at Vogue, Vreeland transformed the magazine at a time when the fashion world was undergoing a renaissance. Street style, never before popular in fashion magazines, filled Vogue’s pages in Vreeland’s distinctive style of combining fantasy with glamor.

The youthquake movement of the 1960s, a movement coined by Vreeland, incorporated the mod look, featuring unisex models such as Twiggy and Penelope Tree, the hippie look, space age style and the futuristic fashion movement, with bare-breasted Rudi Gernreich fashions and Paco Rabanne’s modernistic looks. Vreeland worked with some of the most famous fashion photographers of her time including, Louis Dahle-Wolfe and Richard Avedon and she helped launch many careers. She was fired from Vogue in 1971 due to the publisher’s believing her editorial style was too costly. 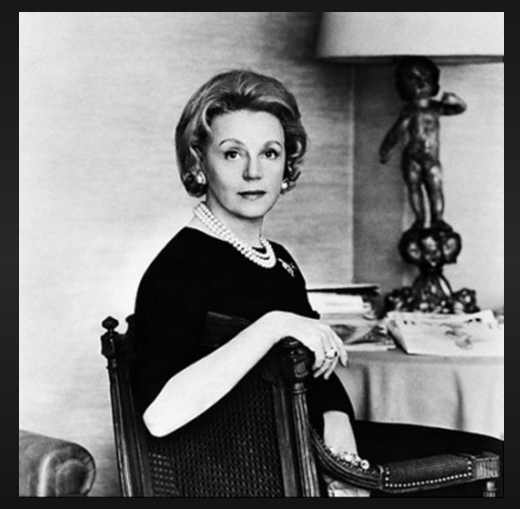 Eleanor Lambert is considered the fashion industry’s first fashion publicist. As a result of her art world affiliation, Lambert maintained that clothing design was also an art form. Her contributions to the world of fashion are many and include: press director of the American fashion industry’s promotional organization, The New York Dress Institute, in 1941; organized the semi-annual Fashion Press Week in New York; and coordinated the schedule of designer collections for the international press and a similar schedule for the European fashion capitals around the world.

She originated the idea of the charity fashion show with memorable events such as, the March of Dimes fashion shows, continuous shows at the New York World’s Fair in 1964, several Easter spectaculars at Radio City Music Hall, and the Franco-American fashion show held in 1973 at the Palace of Versailles, which became the defining moment in the acceptance of American fashion and where she was the first to use 12 black models in the show.

In 1962, organized the Council of Fashion Designers of America (CFDA), where she remained an honorary member until her death in 2003 at age 100. She is credited with nurturing the careers of many American designers including, Claire McCardell, Lily Daché, Adrian, Norman Norell, Bill Blass, Oscar de la Renta, Halston, Anne Klein and Calvin Klein, to name a few.

In 1988, Lambert received the CFDA Lifetime Achievement award, and in 1993, received the CFDA’s Industry Tribute Award. In 2001, the CFDA created The Eleanor Lambert Award, an award dedicated to a unique contribution to the world of fashion. 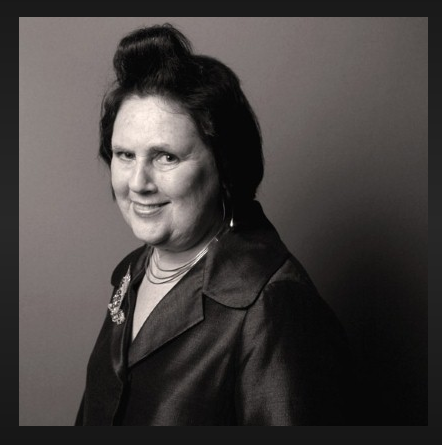 Suzy Menkes was trained as a fashion designer but later joined the International Herald Tribune as a fashion journalist in 1988. She wrote for the Tribune for 25 years. In 2002, she was blacklisted from attending all of French conglomerate Moët Hennessey Louis Vuitton (LVMH) designers’ runway shows, for writing an unfavorable review of the John Galliano show. Menkes had a reputation for writing scorching reviews and did not worry much about alienating her publisher’s advertising clients. Since 2014, Menkes writes exclusively for Vogue online. 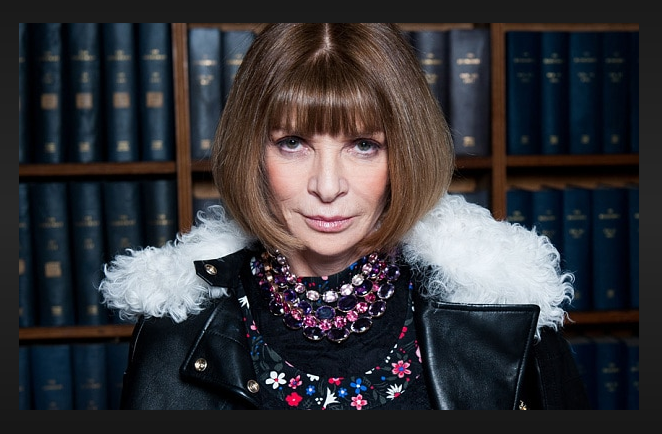 Anna Wintour moved to New York from Britain in 1975. She worked as a junior fashion editor at Harper’s Bazaar, an editor at Viva magazine, and in 1980, as a freelance fashion editor for Savvy magazine. In 1981, Wintour moved to New York magazine, in charge of the fashion and home décor pages. Wintour returned to London in 1986 to become editor-in-chief of British Vogue and, in 1987, returned to New York to run House & Garden. In 1988, S.I. Newhouse was eager to replace then Vogue editor Grace Mirabella with a younger, hipper, more modern thinking editor and Wintour was selected.

Wintour transformed the magazine within the first few years with her mantra of “Mass with Class” and became the single-most influential person within the fashion industry. She made stars of Marc Jacobs, John Galliano, Proenza Schouler and Alexander McQueen, to name a few, as well as bolstered the careers of numerous models and fashion photographers. 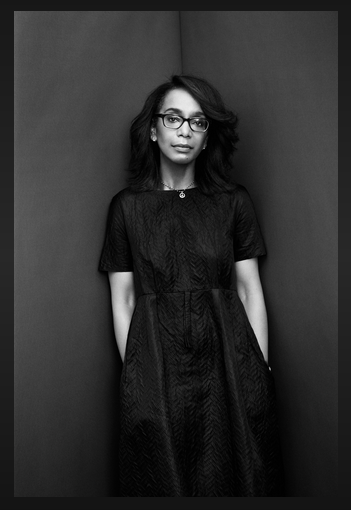 Robin Givhan was awarded the first Pulitzer Prize ever given for fashion journalism. Born in Detroit, Michigan, Givhan graduated Princeton University and obtained a master’s degree in journalism from the University of Michigan. Her career as a journalist included time spent at the Detroit Free Press, the San Francisco Chronicle and Vogue magazine. She joined The Washington Post in 1996 and won the 2006 Pulitzer Prize in Criticism for her witty essays that “transform fashion criticism into cultural criticism.” She left the Post in 2010 to become the fashion critic and fashion correspondent for the Daily Beast and Newsweek, but returned to the Post in 2014.

Many of the journalists mentioned above continue to influence retailers and consumers to this day through their contributions both in print and online.

Important to note is that women have also been behind the organizations that have recognized and supported designers throughout the decades. For example, the Fashion Group International’s (FGI) founding members included Eleanor Roosevelt, Elizabeth Arden, Edith Head, Carmel Snow, Lily Daché, Helena Rubinstein, Claire McCardell, Dorothy Haver and Virginia Pope.

FGI is a nonprofit organization that was founded in 1930, originally comprised of women, whose mission was to increase awareness of the American fashion industry and of women’s’ role in that industry. Today, the organization welcomes men and has more than 5,000 members worldwide.

Each year, FGI honors members of the fashion industry with awards for professional achievement in various areas of the industry including men’s and women’s fashion, beauty, architecture, journalism, and humanitarianism and also presents its Rising Star Award to new fashion talent. University of Fashion founder, Francesa Sterlacci, was nominated for a Rising Star Award in 1984. In 2015, FGI celebrated their 85th anniversary—a testament to the enduring power women “behind the scenes” in journalism have contributed to the fashion industry.

We are proud of our resident woman in fashion journalism (and founder), Francesa Sterlacci, who will be releasing the Second Edition of the Historical Dictionary of the Fashion Industry due out summer 2017. Find out even more about the women mentioned in this post when you grab your copy this summer!