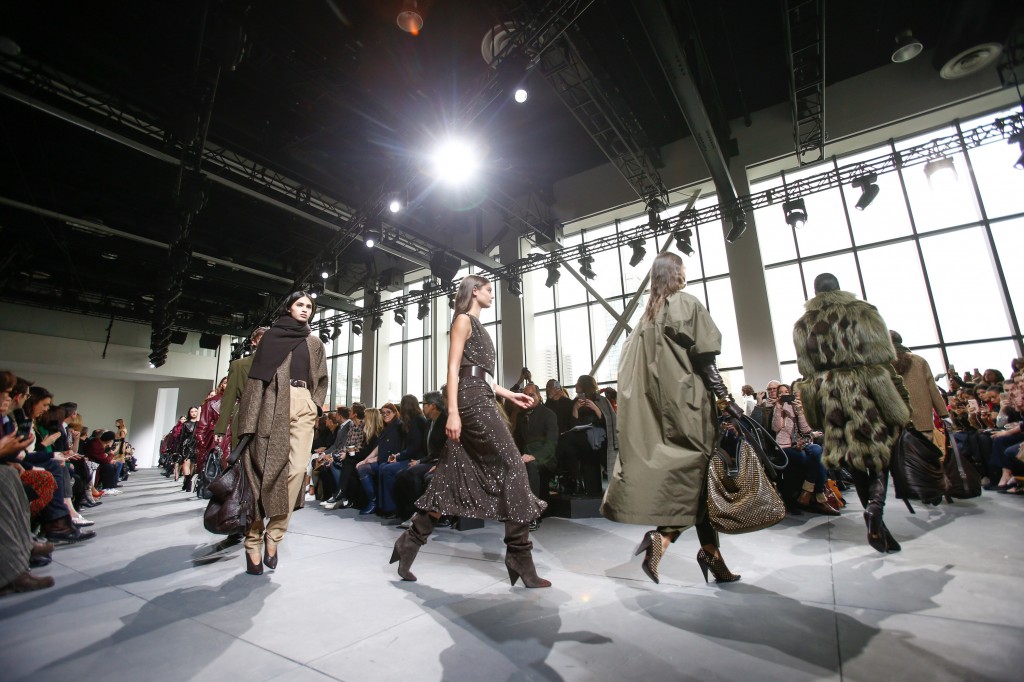 Labor Day weekend is upon us and that only means two things, summer is coming to an end and New York Fashion Week is literally around the corner.

Fashion is an industry that is rapidly changing and evolving, and now, New York Fashion Week is going through some major shake-ups. Last season, the NYFW calendar had a number of changes from several New York designers deciding to show in Los Angeles or Paris, to some designers leaving the schedule all together. Then let’s not even begin with all the confusion behind the see-now, buy-now schedules. Now the Council of Fashion Designers of America (CFDA) has strategically condensed the calendar, will this be enough to entice American designers to stay in NY? 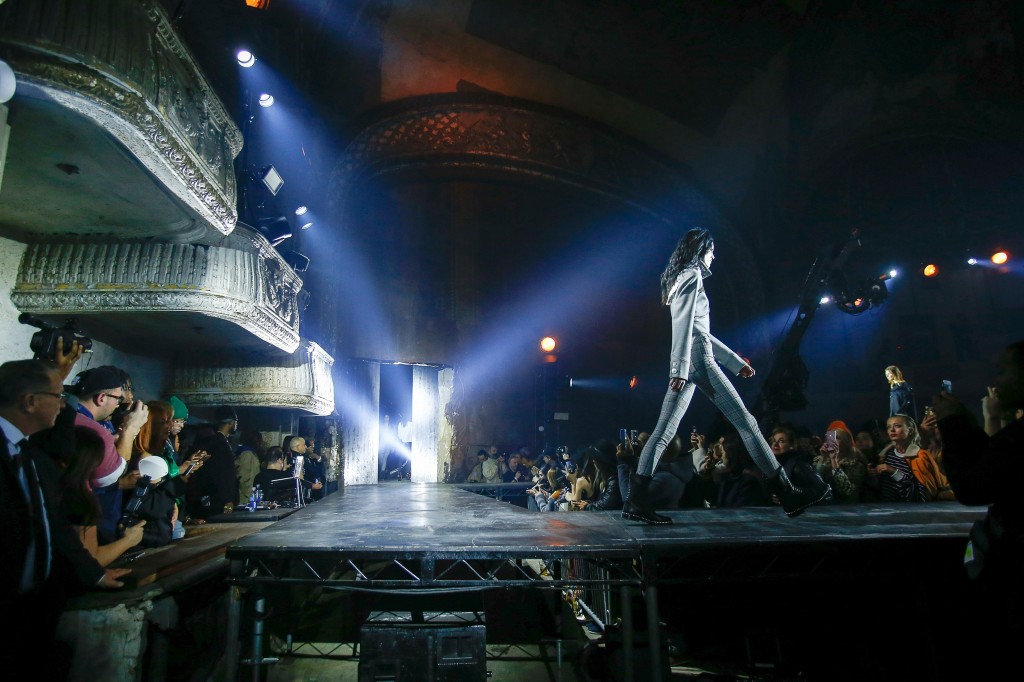 According to the new schedule, the Spring 2018 season will begin on Thursday, September 7 and end on Wednesday, September 13. The CFDA has shortened NYFW by one day – say goodbye to the second Thursday in the schedule. This will allow editors, bloggers and buyers a much needed gap day between New York and London shows – now they won’t have to miss the Marc Jacob’s show (he has closed out NYFW since 2014) Marc Jacobs will still be the closing act of NYFW, but he will now show on Wednesday evening at 6:00 PM. Kicking off the week will Calvin Klein and Tom Ford, with 10:00 AM and 7:00 PM shows, respectively. 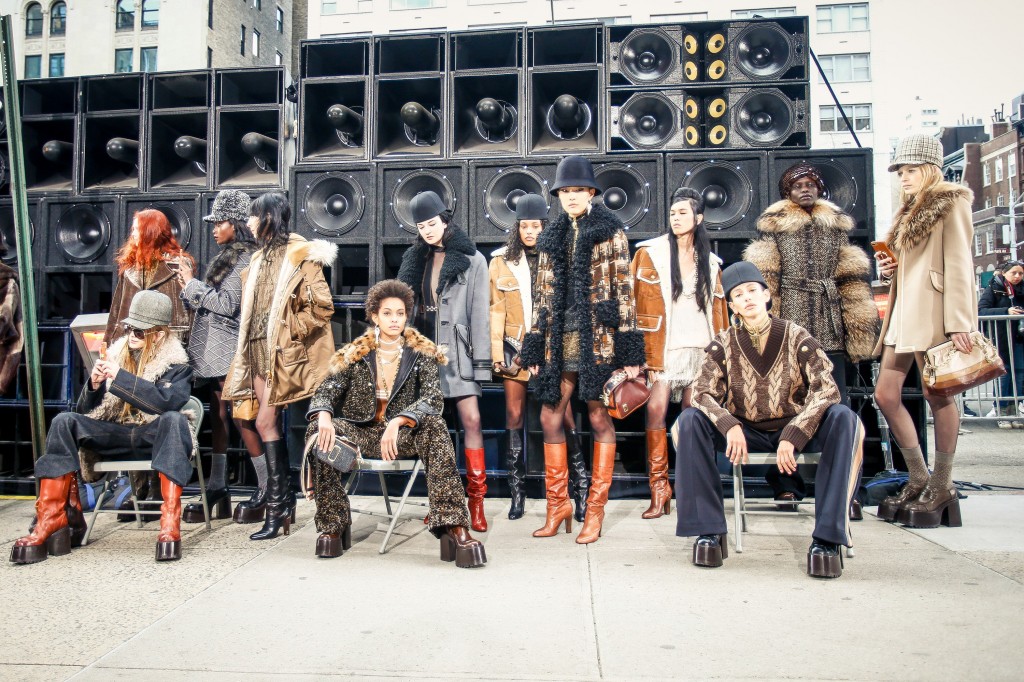 Last season, two of New York’s most influential labels — Proenza Schouler and Rodarte — switched things up as they decided to head to the City of Lights to showcase their collections. A few others headed for sunny California (such as Tommy Hilfiger, Rachel Zoe and Rebecca Minkoff). Ahead of the Spring 2018 season, more NYFW regulars have announced their imminent departure.

Altuzarra is the latest to join the growing list of designers exiting the New York Fashion Week and is heading to Paris. “I was born and raised in Paris and the city holds a very deep personal significance for me. This has been a dream of mine since the very beginning and now the time feels right. I am honored to be invited by La Fédération de la Haute Couture et de la Mode to show in my hometown of Paris,” said Joseph Altuzarra in a statement released by the brand. 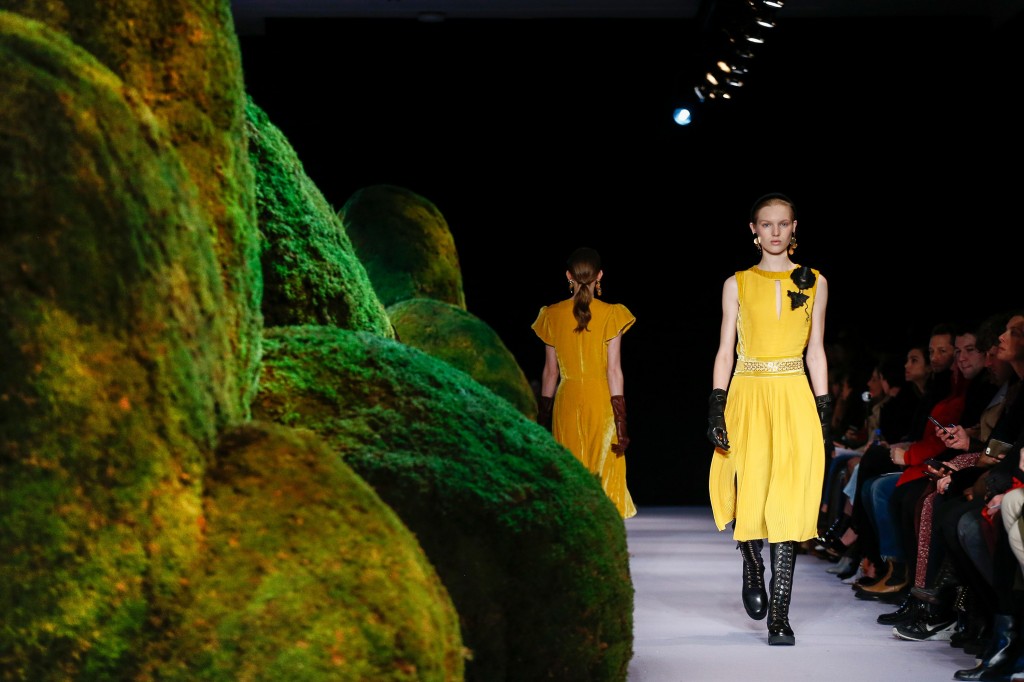 Meanwhile, Tommy Hilfiger, who has built his empire on the Americana dream, is opting out of New York for the second season in a row and will debut his next collection with Gigi Hadid in London. Then, let’s not forget about brands like Opening Ceremony and Vetements who are veering away from traditional runway shows altogether. 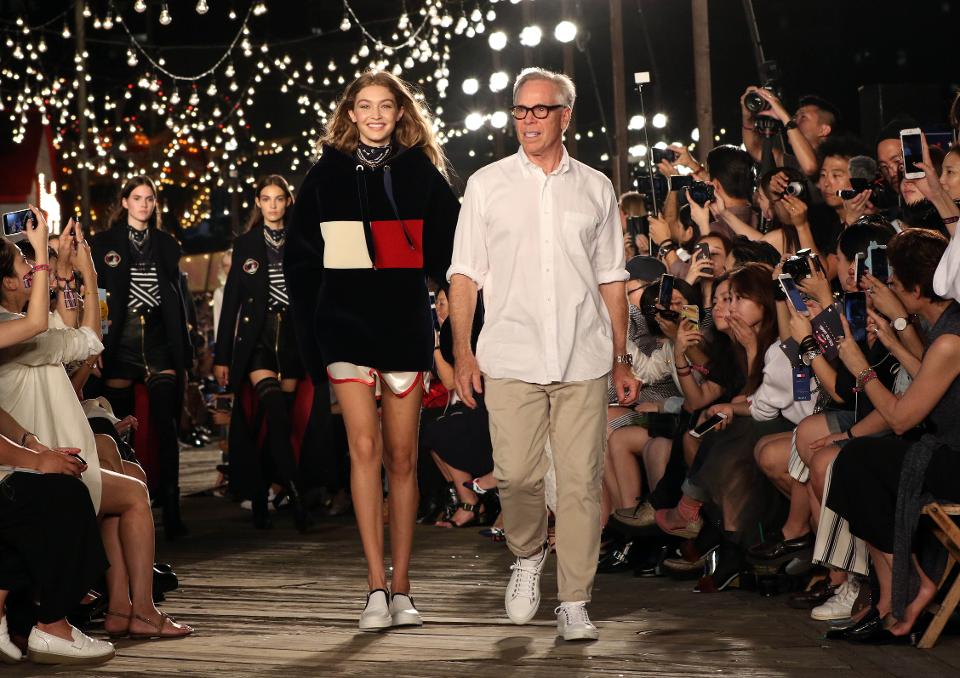 Tommy Hilfiger and Gigi Hadid at the Fall 2016 show (Image courtesy of Forbes.com)

Narciso Rodriguez decided to opt out of the traditional NYFW runway show altogether. According to WWD, the brand is skipping a formal show this September and instead hosting private showroom appointments on the first official day of the NYFW calendar (September 6). Rodriguez’s usual time slot on the calendar conflicts with Ralph Lauren’s plan to stage his show in Bedford, New York this season—though that reportedly has nothing to do with the designer’s cancellation 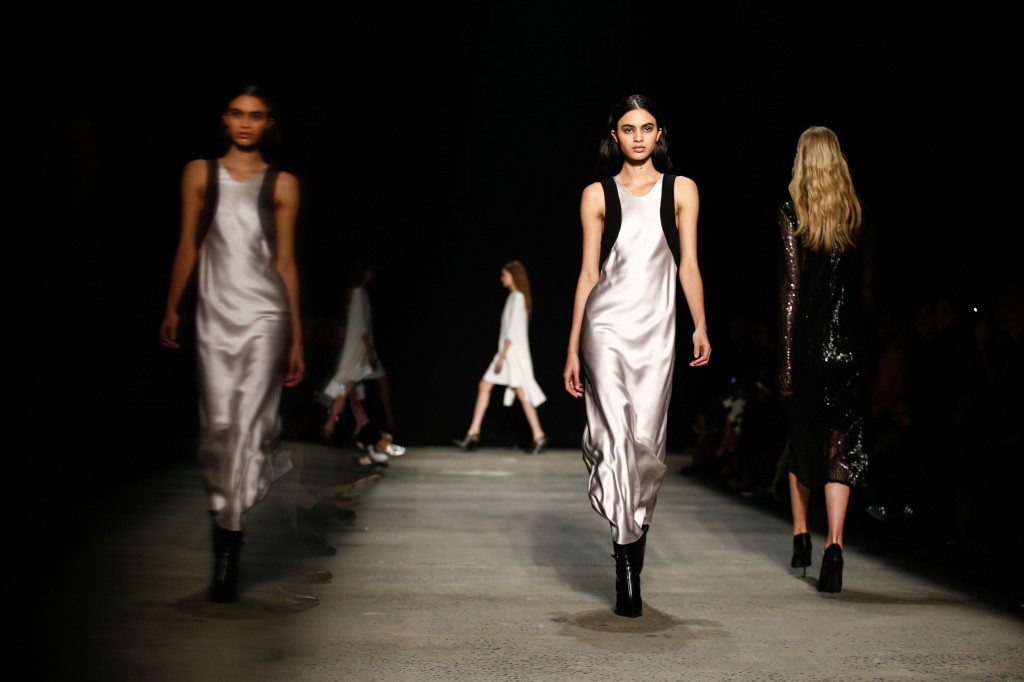 Ralph Lauren will really send the fashion crowd in a tizzy as he decided to show his collection upstate New York. According to WWD, Lauren will stage his Fall 2017 see-now, buy-now show at his private garage located in Bedford, New York on September 12th at 7 PM. The garage houses Lauren’s personal automobile collection, which will serve as the backdrop to the runway. Ralph Lauren owns one of the most expensive car collections in the world, his’s rare automobiles include Ferraris, Bugattis and Bentleys which date back to the ’20s and ’30s. For the first time the designer will show his Ralph Lauren Purple Label menswear collection along with his womenswear collection. The show will reportedly be followed by a private and oh so chic formal dinner. It’s sure to be the invite of the season. 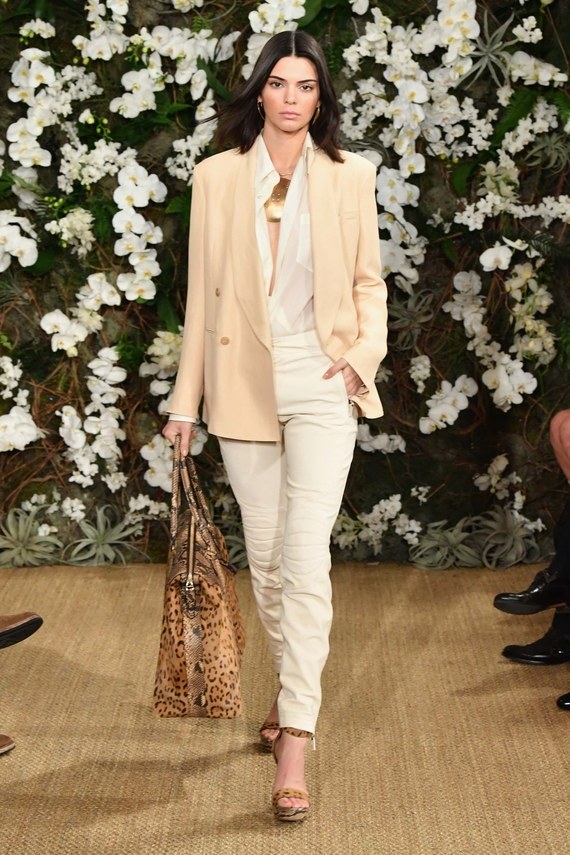 And if all these changes were not enough, it was also announced last month that Skylight Clarkson Square would no longer be the primary show location starting in 2018. New York Fashion Week has struggled to find a stable home since its departure from Bryant Park in 2010. Lincoln Center hosted the affair for five years (ending in 2015) but the neighborhood complained about all noise, traffic and the circus of what NYFW had become. After Lincoln Center, shows had two primary locations: Skylight Clarkson Square and Skylight Moynihan Station—though many designers have opted to show at alternative venues instead. 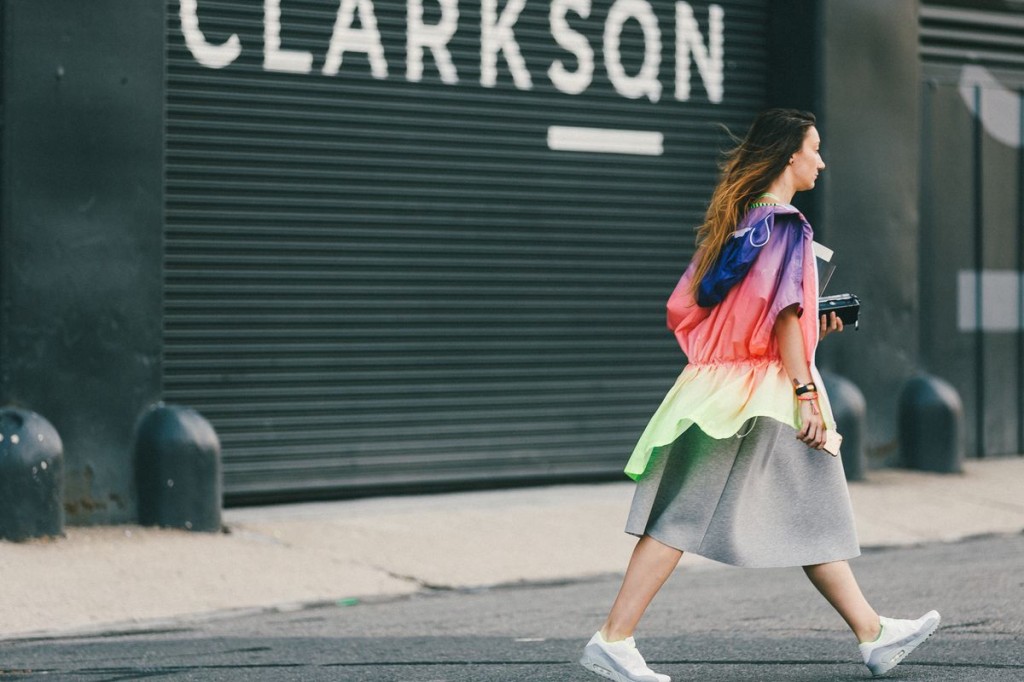 Mark Beckham, CFDA’s VP of marketing, also noted the challenge of fostering fashion’s runway changes, “The entire fashion week landscape is going through tremendous evolution and we want to be sensitive to the needs of the designers and be cost-effective. So if a designer is creating an original film, perhaps they can look at a screening room. If they’re planning a casual presentation, maybe an amazing penthouse would be better.”

Currently, the CFDA is in the process of looking for a new show venue that could act as a replacement for the Skylight Clarkson locations.

So among all the shake-ups this season, one must ask, is it time for New York’s Mayor De Blasio and Governor Cuomo to step up to the plate and preserve New York as the Fashion Capital of the World? Let us hear your thoughts. 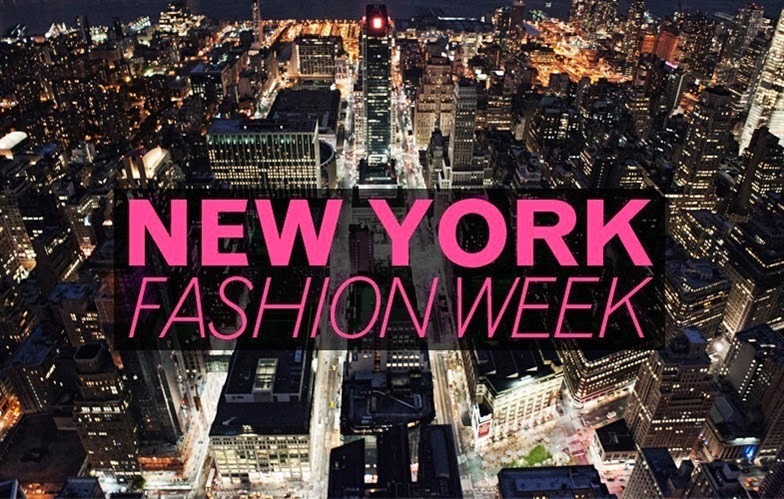