Trend hunting at NYFW this season has been a tough task. Which may not be a bad thing–but as a blogger tasked with the Fall 2017 NYFW wrap-up, Pyer Moss’ opening look says it all. When it comes to trends for FW 2017, I’ve got… 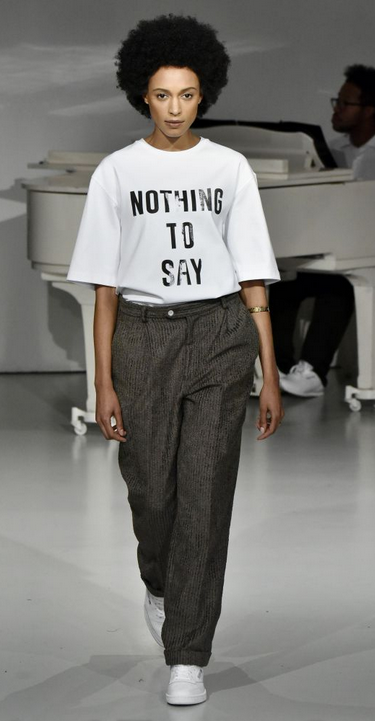 Actually, I have quite a bit to say about the individual collections, and I did see a few similarities pop up (and not just in Philipp Plein’s January 2017 Plein Sport collection and Alexander Wang‘s 2014 show with H&M) that could be considered trends.

For the most part, however, at a time when most Americans are taking a hard look at their own values and lives, American designers are doing the same exercise with their collections. Long-timers like Michael Kors and Carolina Hererra delivered the expected and stayed the classic course. Both hinted at the one trend I spotted across more than a few collections – a wrapped-up neck. Whether in a delicate ribbon, a sweater sleeve inspired scarf or bow puffed for days, designers drew attention up for Fall 2017. 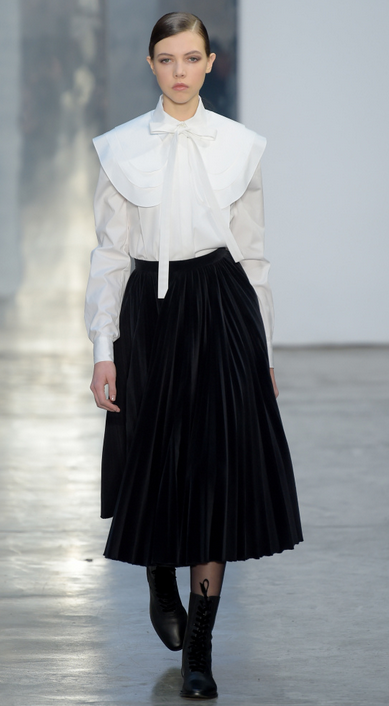 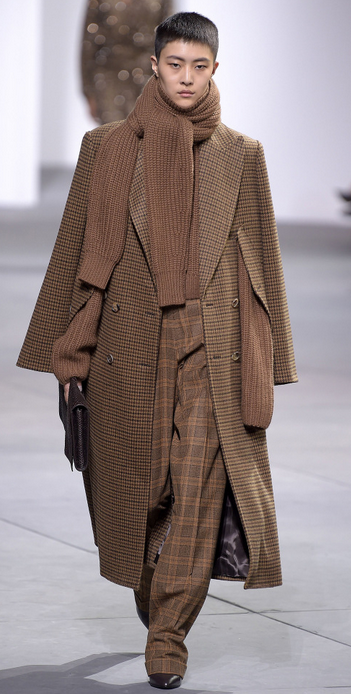 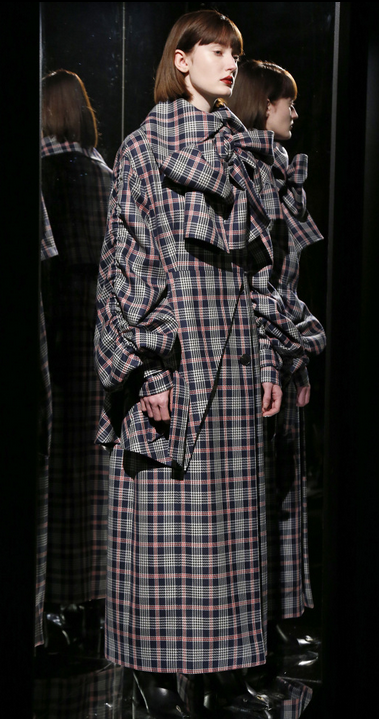 Curves walked the runway both in terms of body shape and construction. Ashley Graham and Candice Huffine walked alongside Kendall Jenner and Bella Hadid. Curves at the neckline, hemline and carved from the center of garments made appearances at Proenza Schouler and Gabriela Hearst. 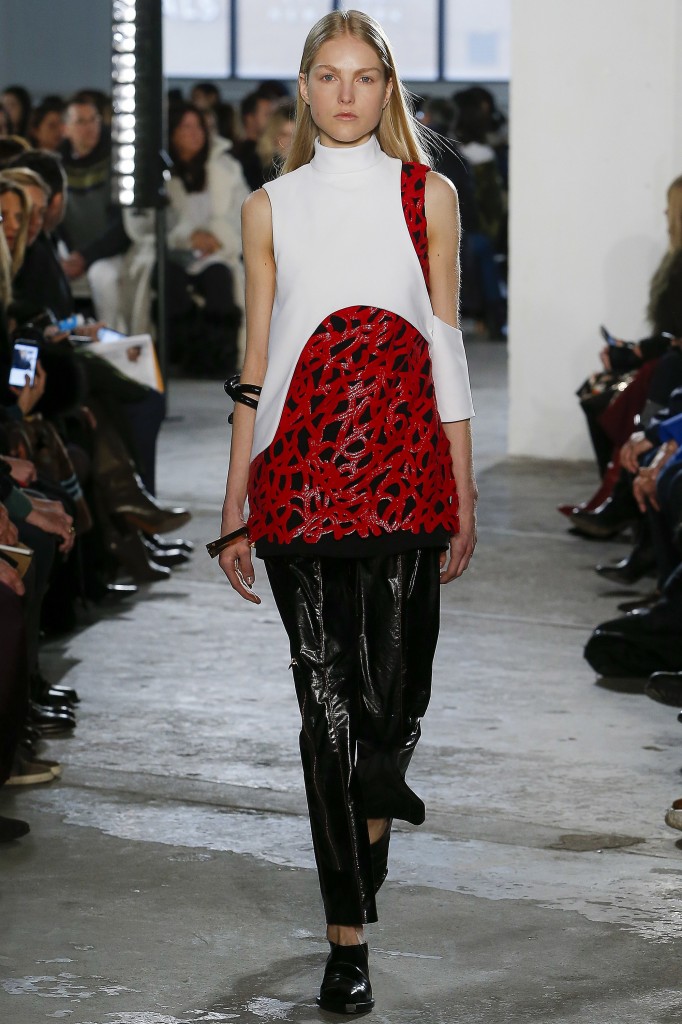 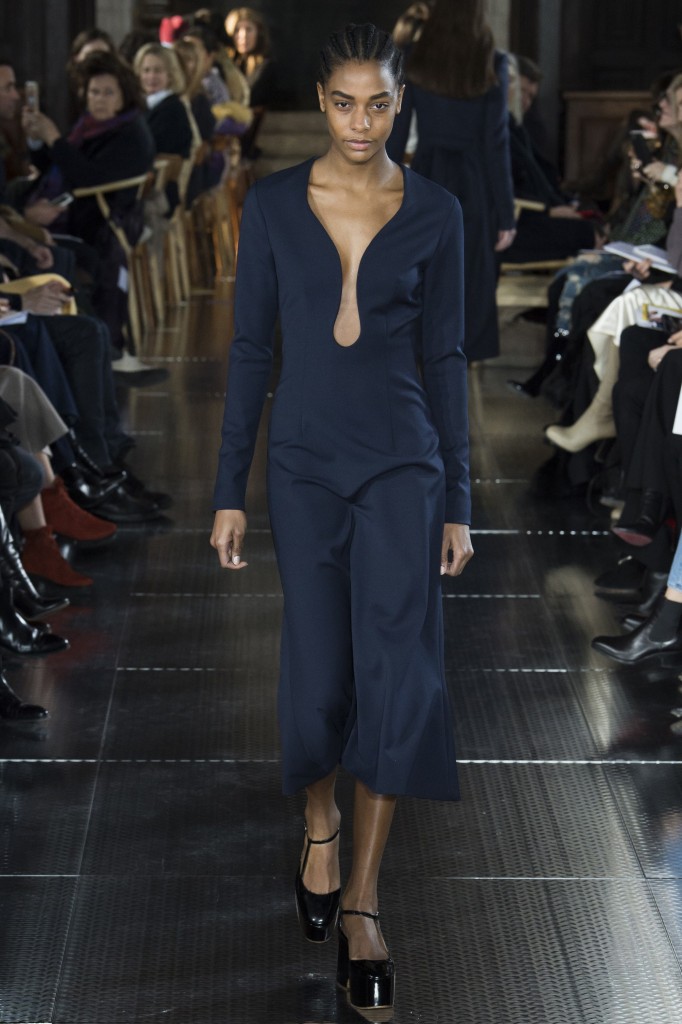 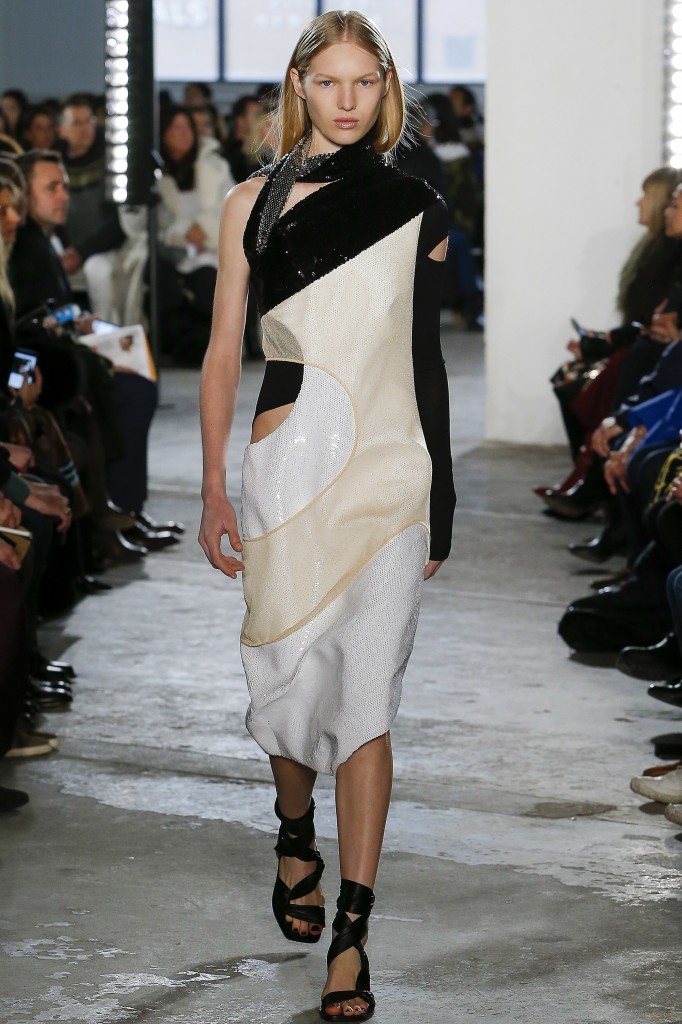 On several runways, a sweet mixture of textiles, colors and seemingly mismatched patterns surfaced – and all in one look. Many of these visual feasts took the form of dress/shirt/sweater combo over a contrasting pant. 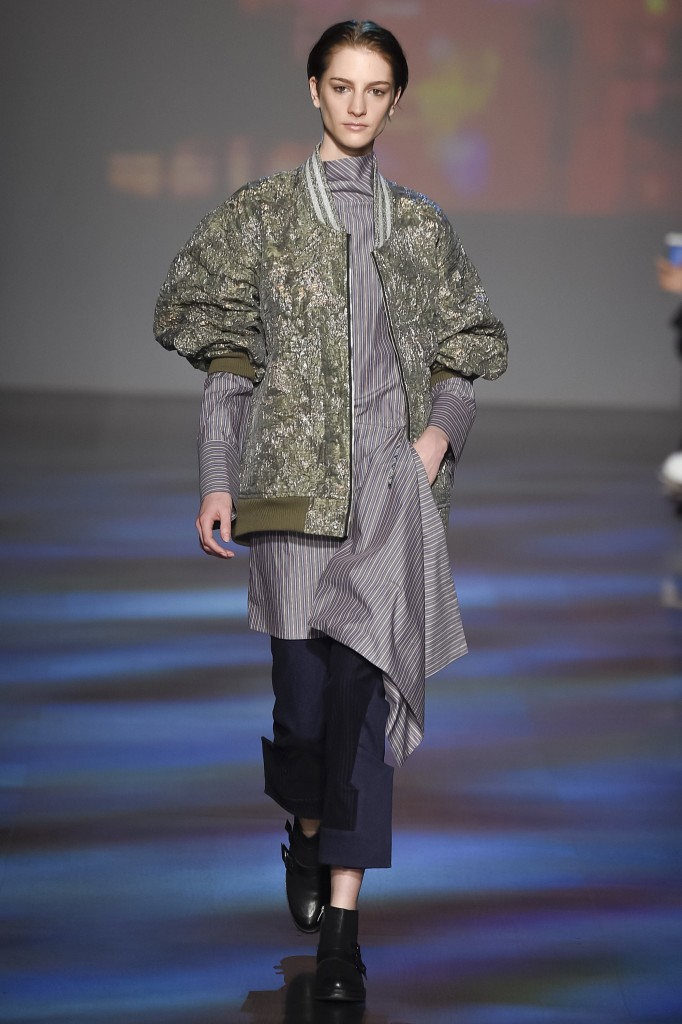 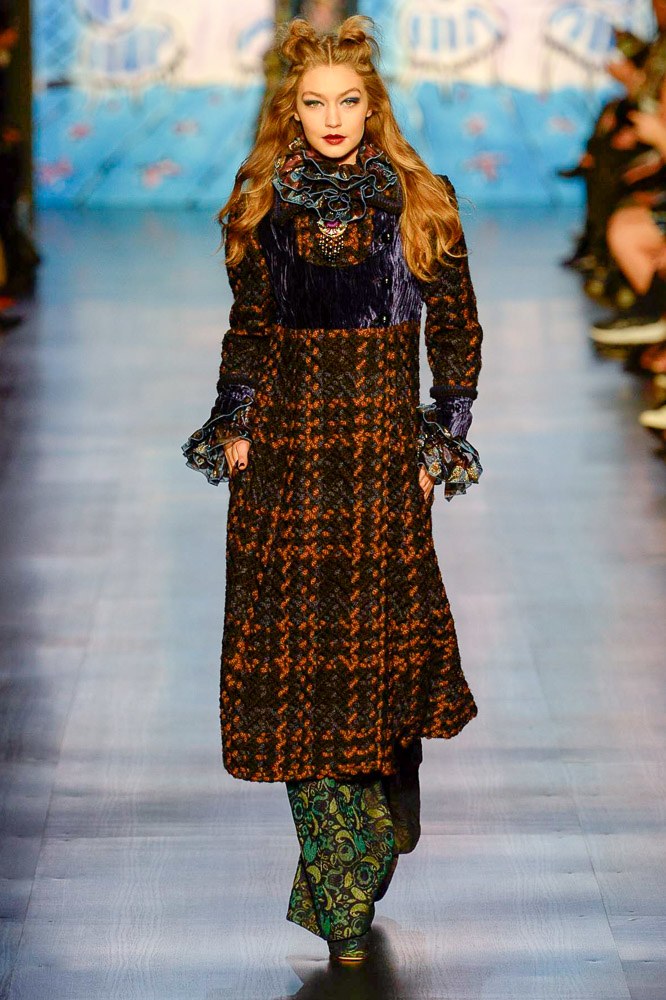 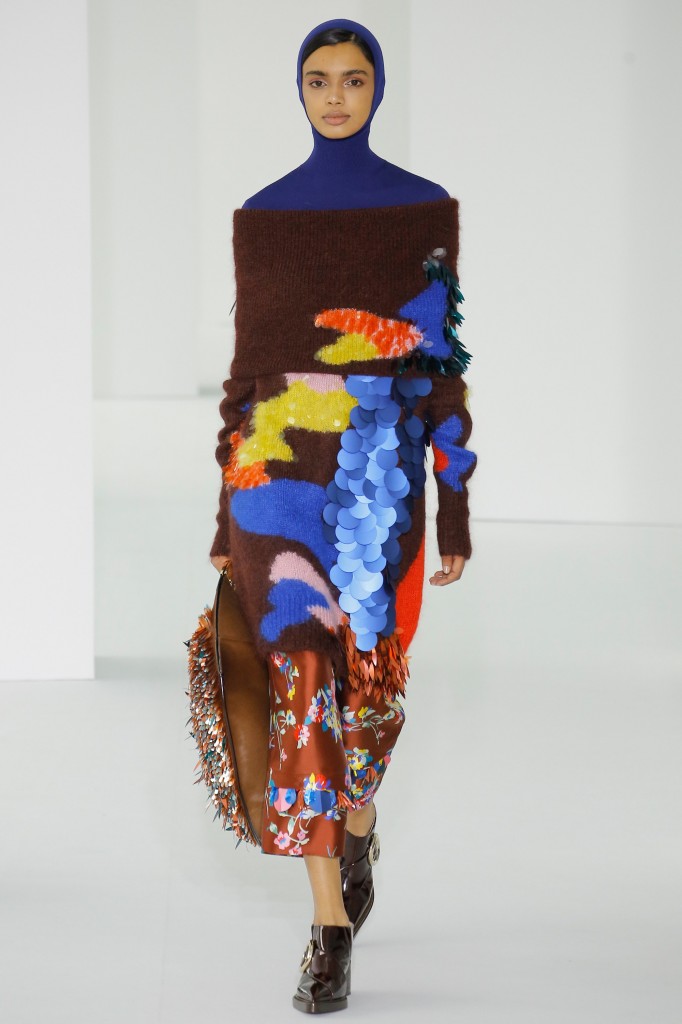 More so than any garment this season, designers seemed to send their political statements down the runway. Given how quickly American politics are changing, these statements can hardly be counted as trends, but we can’t discount their prevalence during the most recent fashion week.

Jeremy Scott “hinted” at his frustration with the current government: 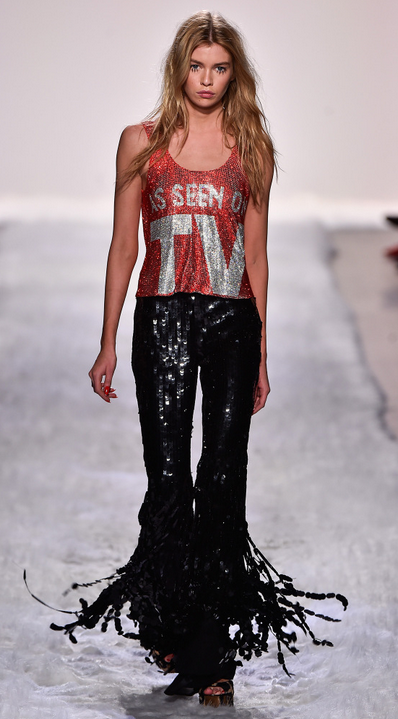 While the Mused by Lindsey Jones models sent a positive message: 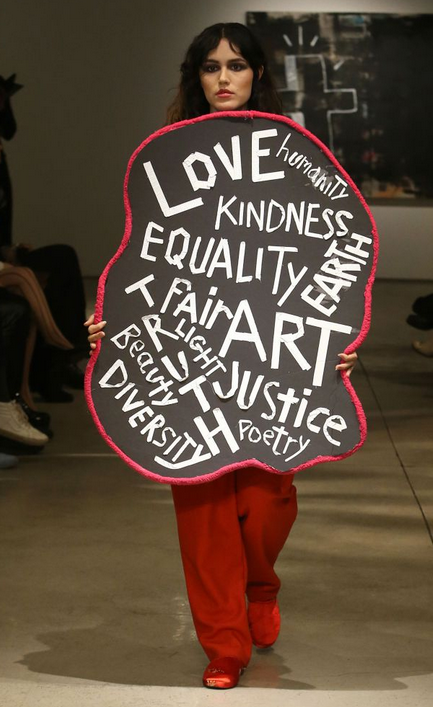 Prabal Gurung sent a line of models down in the runway in what one fashionista called “a touching tribute to powerful women“: 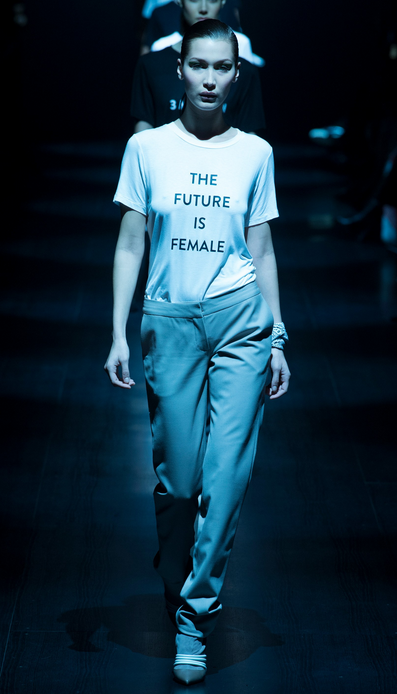 Even Raf Simons, in his first collection for Calvin Klein, made a patriotic statement with a model tightly wrapped in the American flag: 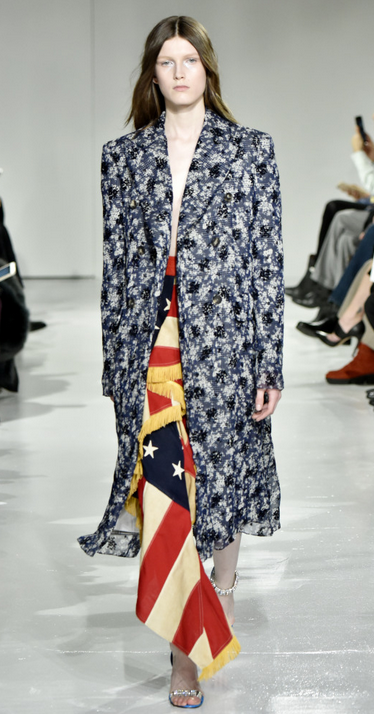 Whether American designers were conveying “America first” or showing their resistance, traditional themes and trends were few and far between this season. One collection worth noting from a construction standpoint is Delpozo. We will leave you with this gorgeously cut coat to ponder, as we anxiously await to hear what London designers have to say this season… 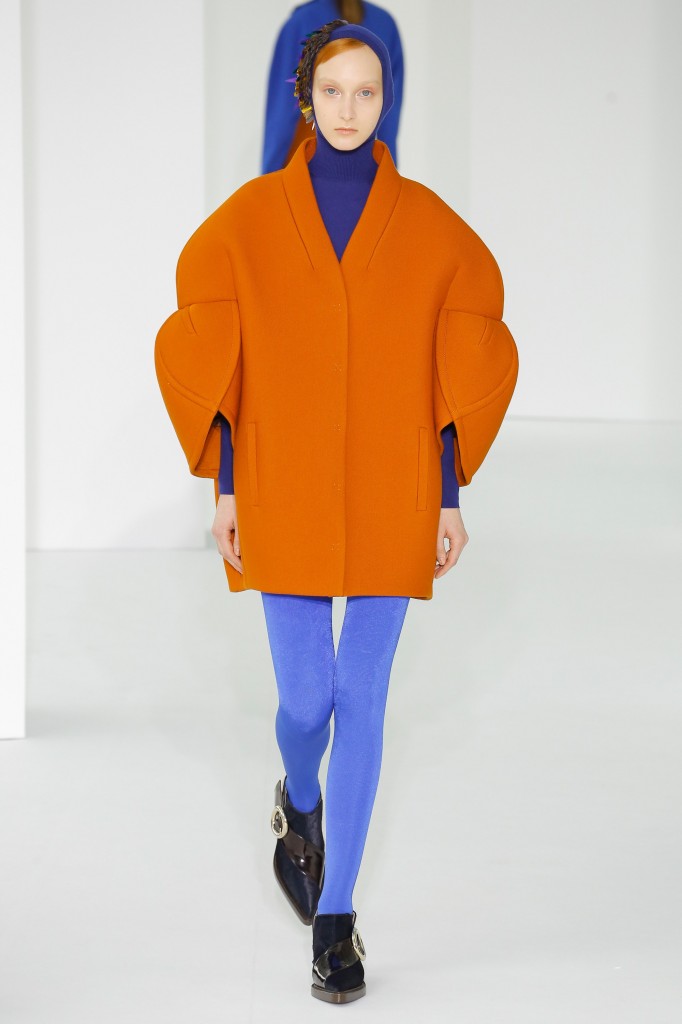 Images in blog: As linked to vogue.com and wwd.com