As we all know, fashion is cyclical. Trends come and go, hemlines rise and fall and each season we await the ‘color’ of the season (last season it was periwinkle). Well, this summer the color is pink and has its roots in the style icon, the Barbie doll. Yes, Barbie is Back!  The last time Barbie made it into pop culture was in the ’90s when the Danish/Norwegian band Aqua released their hit song, Barbie Girl, with the ear worm refrain,  “I’m a Barbie girl, in a Barbie world. Life in plastic, it’s fantastic. You can brush my hair, undress me everywhere. Imagination, life is your creation!”

The massive publicity push is on, a full year in advance, for the July 2023 release of the Barbie film directed by Greta Gerwig (Little Women and Lady Bird) starring Margot Robbie and Ryan Gosling. The trends surrounding the film are known as “Barbicore” (the word ‘core’ referring to the aesthetic associated with a film, for example ‘Regencycore’ for the series Bridgerton).  The new vibrant pink trend is getting a massive push in the fashion industry and actually began during the fall-winter 2022 shows when Valentino featured it for both their women’s and men’s styles and at Michael Kors, Versace, Act No. 1 and Dolce & Gabbana.

In a world where gender fluidity has been center stage (ex. Harry Styles), Barbicore is definitely bringing gender extremes back to the forefront of fashion. And if Barbicore is not the look for you, well then, grab your baggiest basketball shorts and oversized tees and try “Sandlercore“, a lazy man’s dressing trend made popular by actor Adam Sandler. Fashion has something for everyone, right?

Fashion marketers and influencers have jumped on the Barbicore trend as have celebs, from Megan Fox to Kim Kardashian. In an interview with the New York Post, Kim Culmone, Senior VP at Mattel, Inc. said “BarbieCore is the summer’s latest fashion trend influencing everything from clothing to home decor, and we are here for it. It’s been delightful seeing celebrities decked out in their best pink looks – Barbie would approve.” 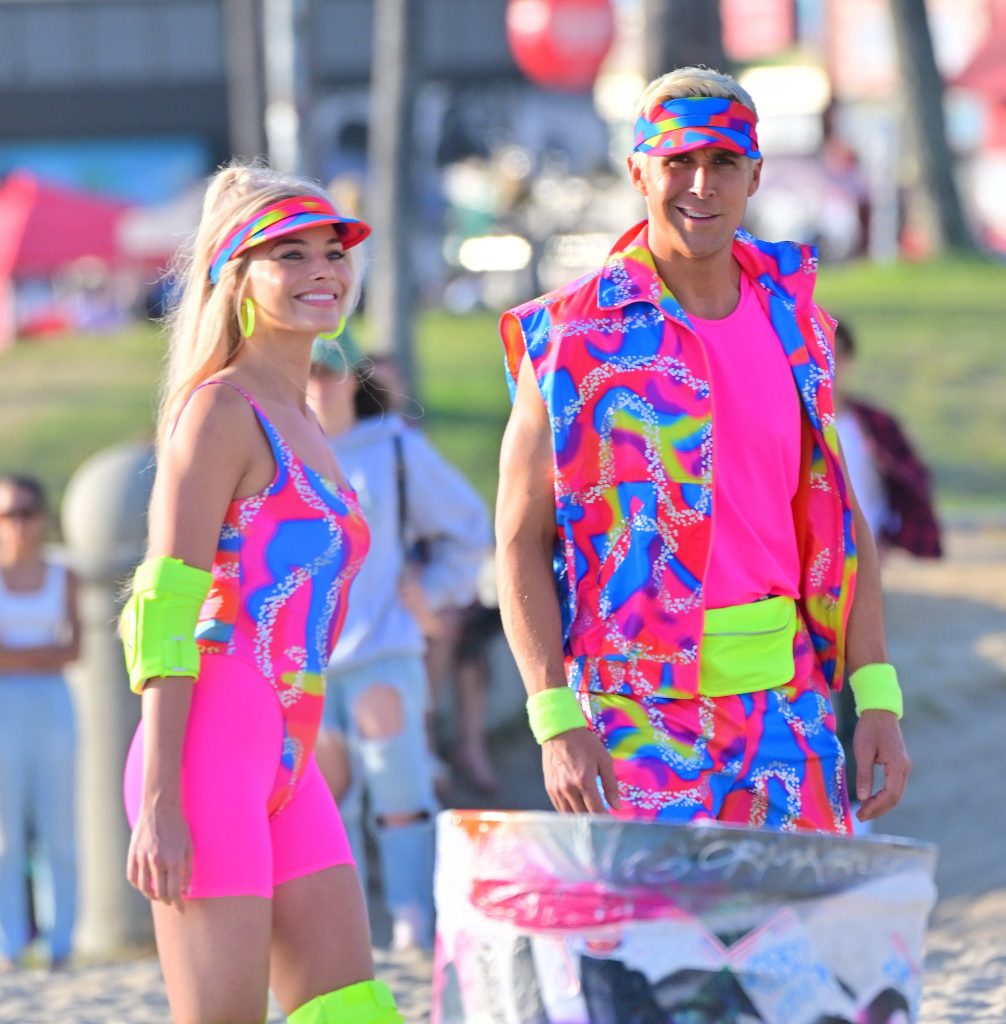 The iconic Mattel doll has always been an inspiration to young women, even if she has sometimes been given a ‘ dumb blond’ moniker. The original ‘Barbie look’, consists of sexy curves and hot pink, bright neons, feminine makeup, and sparkly accessories, and has taken over TikTok. In fact, the hashtag #Barbiecore has more than 7 million views on TikTok and, according to Google Trends data, interest in Barbie has spiked to new heights as fans await the live-action movie.

In today’s #MeToo environment, director Greta Gerwig has a bold new vision of the iconic doll’s story. She is both writing and directing the movie, with input from her partner Noah Baumbach (Marriage Story). The plot of the story will revolve around a doll leaving Barbieland due to her so-called ‘imperfections’, only to discover along the way, that perfection can truly be found within.

Robbie’s costumes are being designed by Gerwig’s Little Women collaborator Jacqueline Durran (for which she won an Oscar) and are already inspiring street style. The Barbie aesthetic has entered the fashion zeitgeist, inspiring A-listers and fashion lovers worldwide.

One of the most famous quotes from fashion legend Diana Vreeland was “Pink is the navy blue of India.” And for Fall 2022, Valentino designer Pierpaolo Piccioli showcased a pretty in pink collection in partnership with Pantone. The runway, backdrop, floors, and even the seats were the same shade of pink, which created a dazzling impact.

“Pinks are no doubt ‘having a moment.’ In fact, pink is having more than a moment,” Laurie Pressman, vice president of the Pantone Color Institute, told The Post in an interview. “It is a color family we have seen growing in popularity across the spectrum since 2013, one which sparked the intro of Millennial Pink and with the rise of the ‘gender blur’ became even more prominent. A time where we began doing away with all color rules and breaking down the boundaries.”

“The bright pinks and fuchsias we are seeing today are exultant and empowering. They are stand-out statements being worn with confidence,” Pressman continued. “Vibrant and high-energy. they help us to feel uninhibited and free.”

Barbiecore, as a fashion movement, has been building for years. Remember in the early aughts when Tyra Banks took on the doll’s tailored aesthetic as Eve in the 2000 Disney film Life-Size? And, when Reese Witherspoon, as Elle Woods in Legally Blonde, (circa 2001) was essentially a Barbie in a lawyer’s world? In the 2010s, we often saw Nicki Minaj sporting some serious Barbie-inspired looks after her own Barbie doll hit the market in 2011 (to this day the rapper still wears her signature diamond Barbie nameplate necklace). In 2015, Paris Hilton wore a hot pink Barbie one-piece by a pool in Ibiza, and footwear designer Sophia Webster collaborated with Barbie on a collection of limited-edition shoes the same year. In 2019, Kacey Musgraves wore a Barbie-inspired outfit for her Met Gala appearance: A floor-length, hot pink motorcycle dress designed by Moschino (a very Barbiecore brand!), complete with a matching hairdryer clutch, sunglasses, chandelier teardrop diamond earrings, and shiny silver pumps. The look was almost an exact replica of the Barbie x Moschino doll, which was being sold in the museum’s gift shop at the time. Kim Culmone told InStyle that, like the beloved doll, what constitutes Barbiecore is ever evolving. “Barbie is inspired by pop culture and fashion. And like many of us, her style evolves to be reflective of today’s trends and culture. For 2022, as we move past the pandemic and regain our social lives, it’s Barbie’s genuine playfulness and bright, bold color palette that people are trying to incorporate into their daily routines. 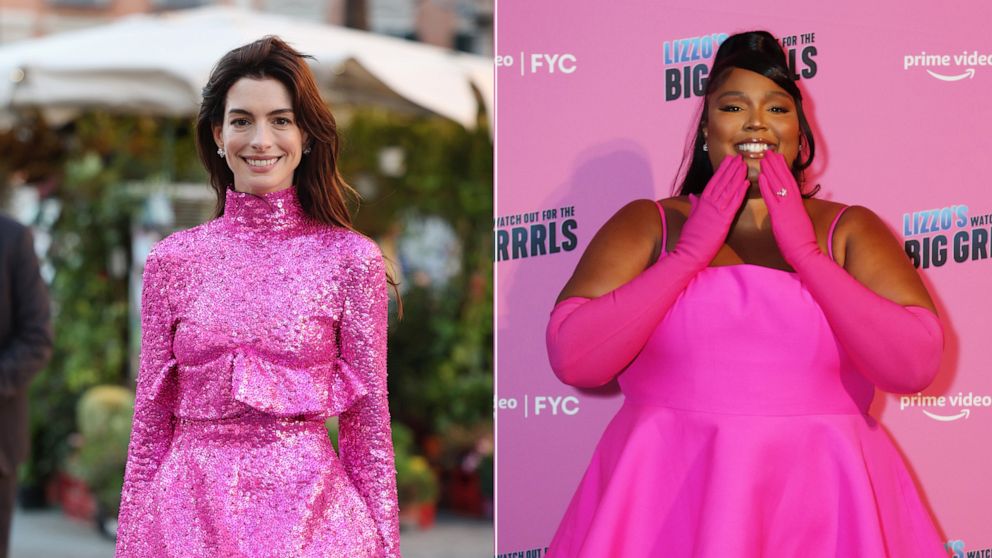 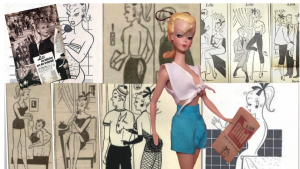 The Stolen Legacy of Bild Lilli

Barbie was modeled after a comic strip character called Lilli, created by Reinhard Beutheien in 1952 for the German tabloid, Bild. She soon became known as Bild Lilli and was marketed as a racy gag gift doll that men could buy in tobacco shops. The Bild Lilli doll became extremely popular with women and children too and eventually there would plenty of knockoff dolls worldwide.
Ruth Handler (co-founder of Mattel) discovered the Lilli doll while on vacation in Hamburg, Germany, had her copied and named her Barbie (after her daughter Barbara). Handler’s version, which launched in 1959, was made of vinyl with rooted hair and curly bangs rather than a wig-cap, and included separate shoes and earrings, which were not molded on, as were Lilli’s.  Handler acquired the rights to Bild Lilli in 1964, and production of the German doll ceased. The first Barbie doll came with a black and white striped swimsuit with cat-eye glasses, gold hoops, and her signature ponytail, mimicking the glamour of 1950s divas Elizabeth Taylor and Marilyn Monroe. At the time, many toy buyers were uncertain of the doll’s sexy/curvy appearance as compared with traditional baby dolls, but Barbie took the world by storm with sales of 300,000 dolls in its first year of production. Today, over 90 percent of American girls between the ages of 3 to 12 have owned a Barbie doll.

It didn’t take long for Mattel to see Barbie as a voice for women’s rights. In 1962, before American women were even permitted to open their own bank accounts, Barbie bought her first Dreamhouse, becoming a symbol of independence and empowerment. In 1965, Astronaut Barbie made her debut, two years after Russian cosmonaut Valentina Tereshkova became the first woman in space and four years before Neil Armstrong and his team landed on the moon. Barbie opened the eyes and imagination of young girls to imagine a future in any field they desired. So much for that dumb blonde moniker! In its 63-year history, the American mass-produced Barbie doll has been a colossal success, and over the decades she has assumed many professions, from doctor and archeologist, to rock star and computer engineer. The first Twiggy Barbie was distributed in 1967. Others celeb Barbies include, Grace Kelly, Marilyn Monroe, Cher, and current young icons like Zendaya and Gigi Hadid. 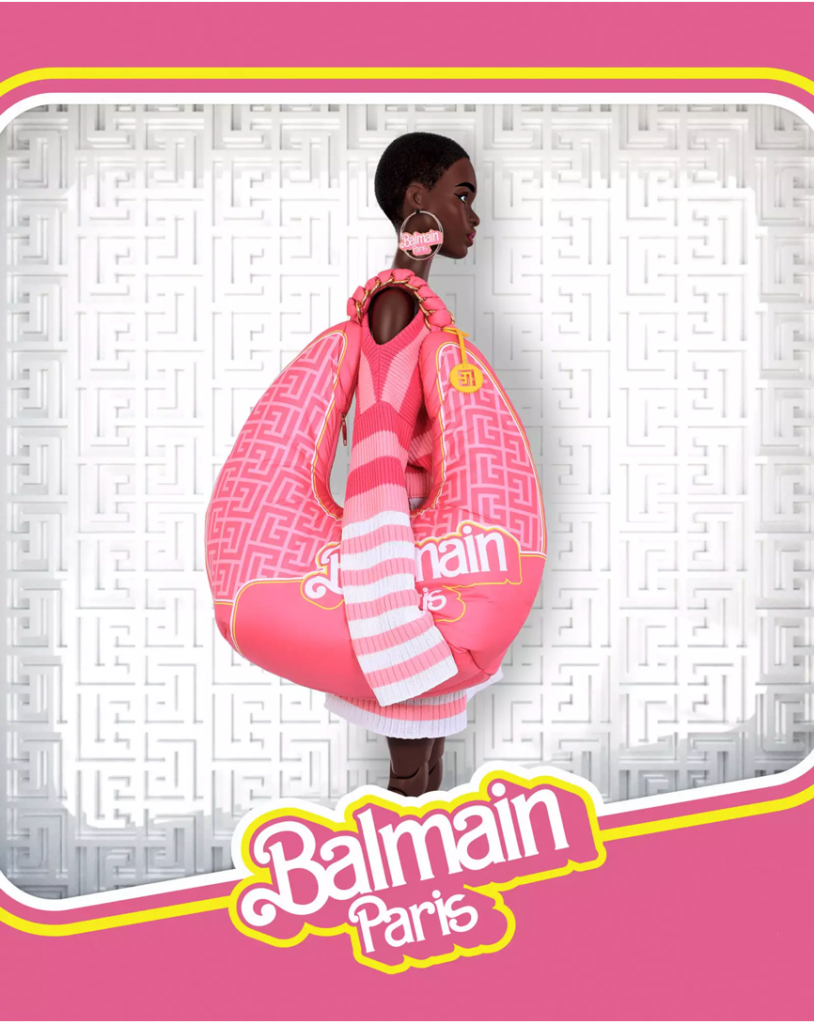 For decades Barbie has had Black friends – Christie and Francie, but in 1980 Mattel introduced the first Black Barbie. Today, Barbie is an advocate for body inclusivity and diversity on every level, as promoted in Mattel’s WE ARE Barbie video in 2020. The Barbie Fashionista series includes a Barbie in a wheelchair and in 2022 Barbie became a sustainability advocate through a partnership with the Jane Goodall Institute. The dolls are now made from recycled ocean-bound plastic.

Today Barbie is truly a woke toy, in fact, she is more than just a toy. 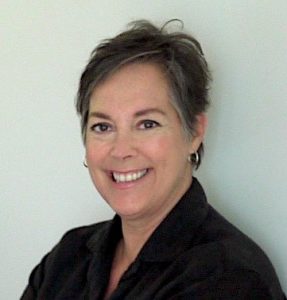 Ann Driskill, a Parsons graduate, had a 20-year career designing for Barbie at Mattel in Pasadena, California. Recently, our founder Francesca Sterlacci had an opportunity to talk with Ann about her experience and what is was like to design for such a style icon.

Francesca: Can you talk about your experience as a Barbie designer for 20 years?

Ann: Mattel designers design the entire doll: the prints, all the accessories, her hair, her makeup – specifically for each doll, plus sometimes new and unique body parts and poses. Mattel has artists specializing in all of these departments.

Francesca: Where is Barbie manufactured?

Francesca: What was the best part of working on Barbie at Mattel?

Ann: The most fun about working at Mattel was collaborating with so many creative people.

Francesca: What were some of the challenges you encountered in the 20 years that you designed for Barbie?

Ann: The hardest part about designing for Barbie was learning how to adjust to her small size. You have to choose thin fabrics that don’t add bulk to Barbie’s slim  figure. You also need to design very small prints and patterns that don’t overwhelm her. Otherwise, it’s a lot like designing for real people,  except she never complains! 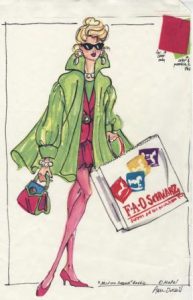 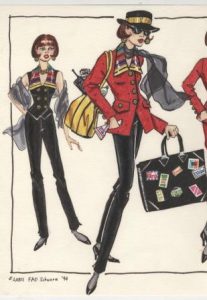 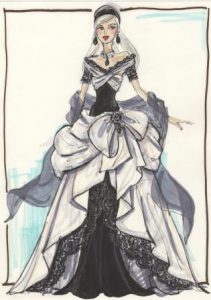 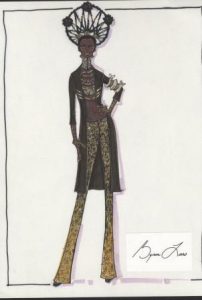 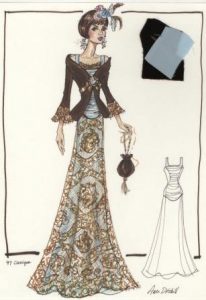 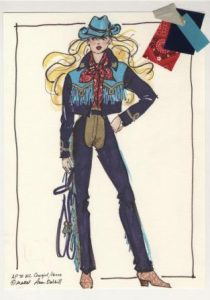 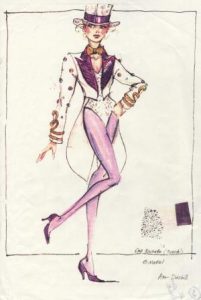 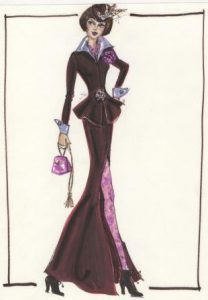 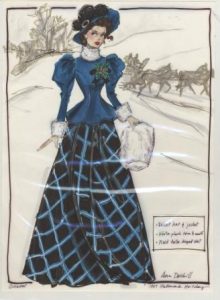 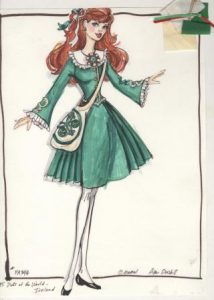 So tell us, in what way has Barbie been an inspiration to you?