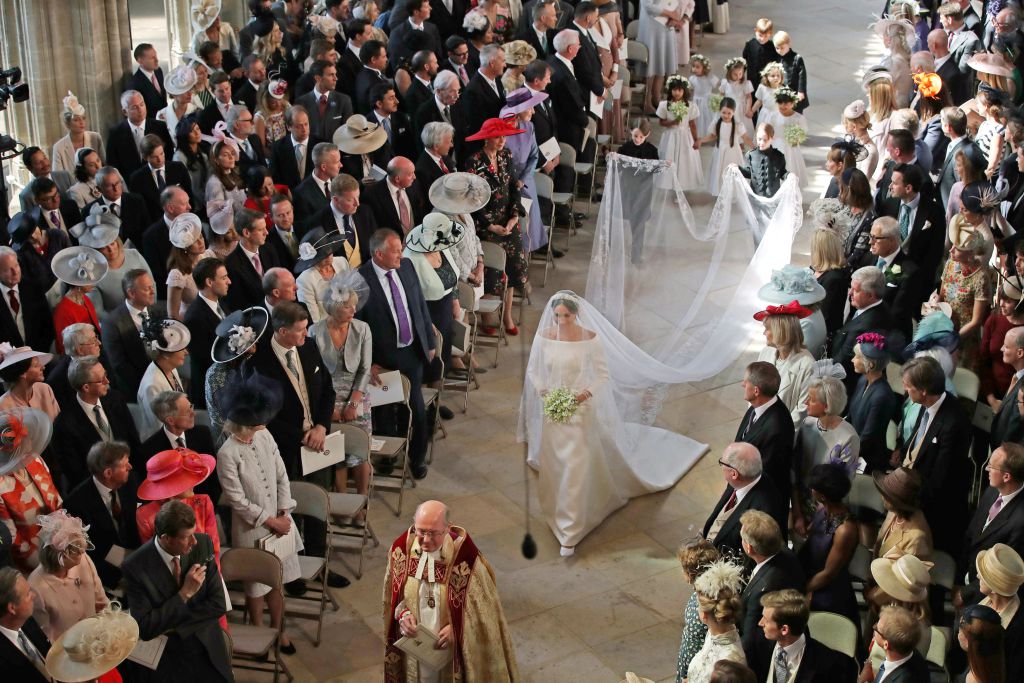 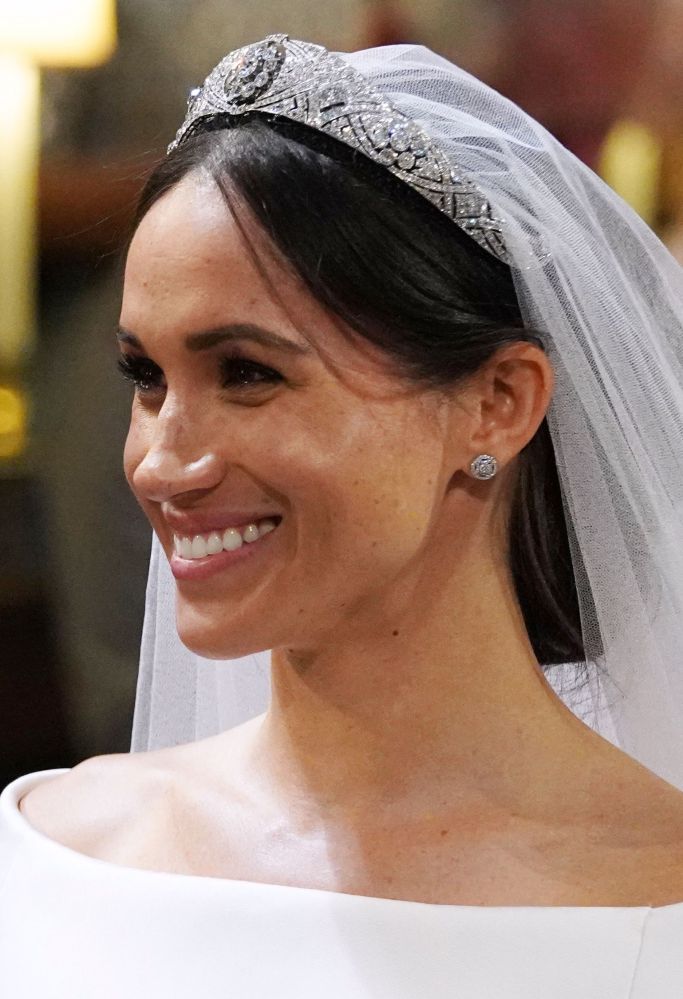 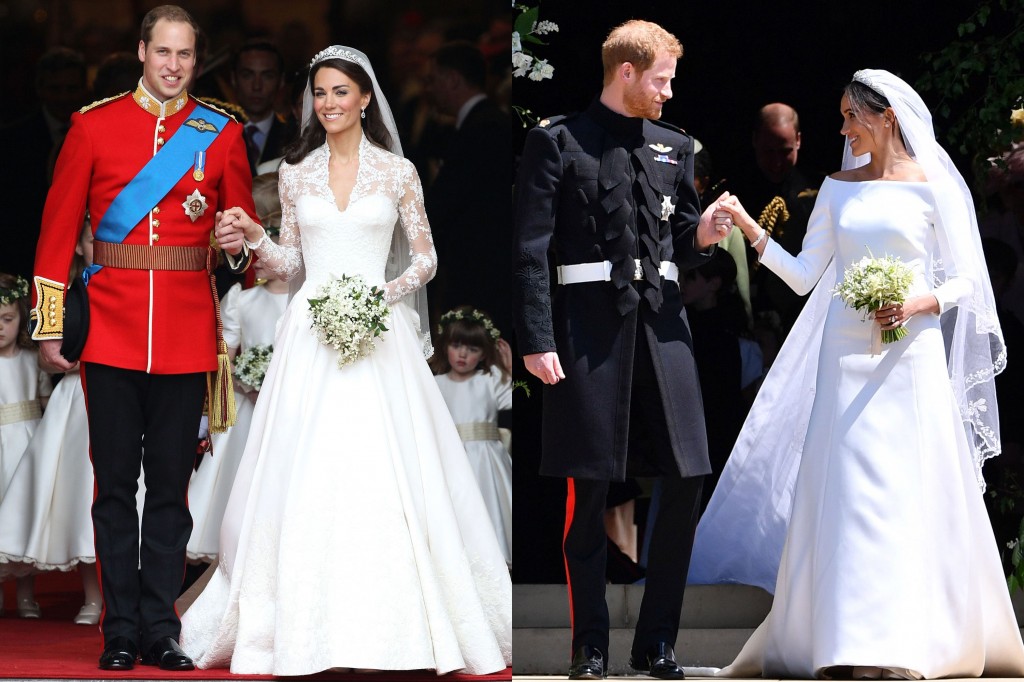 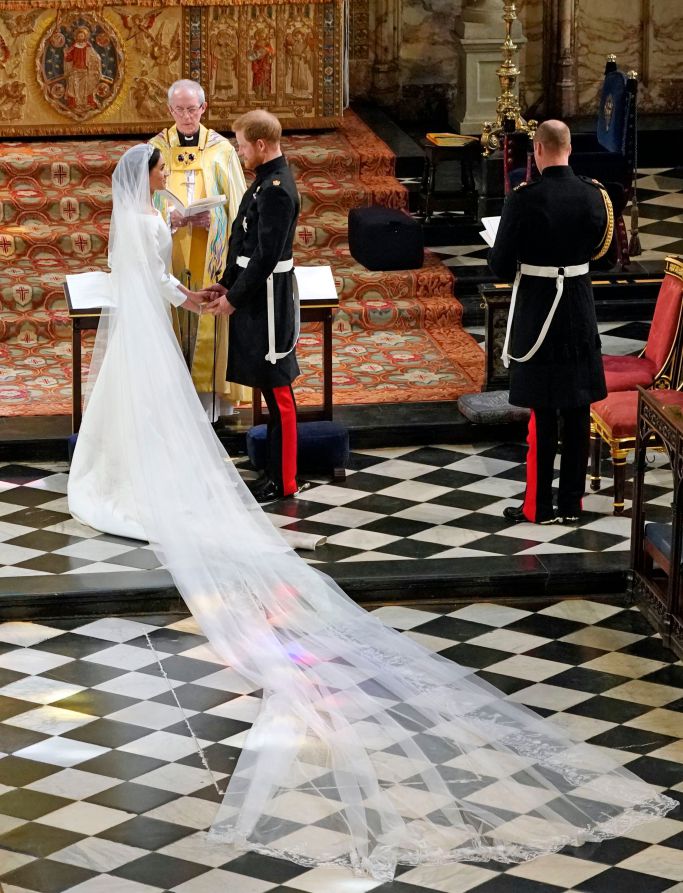 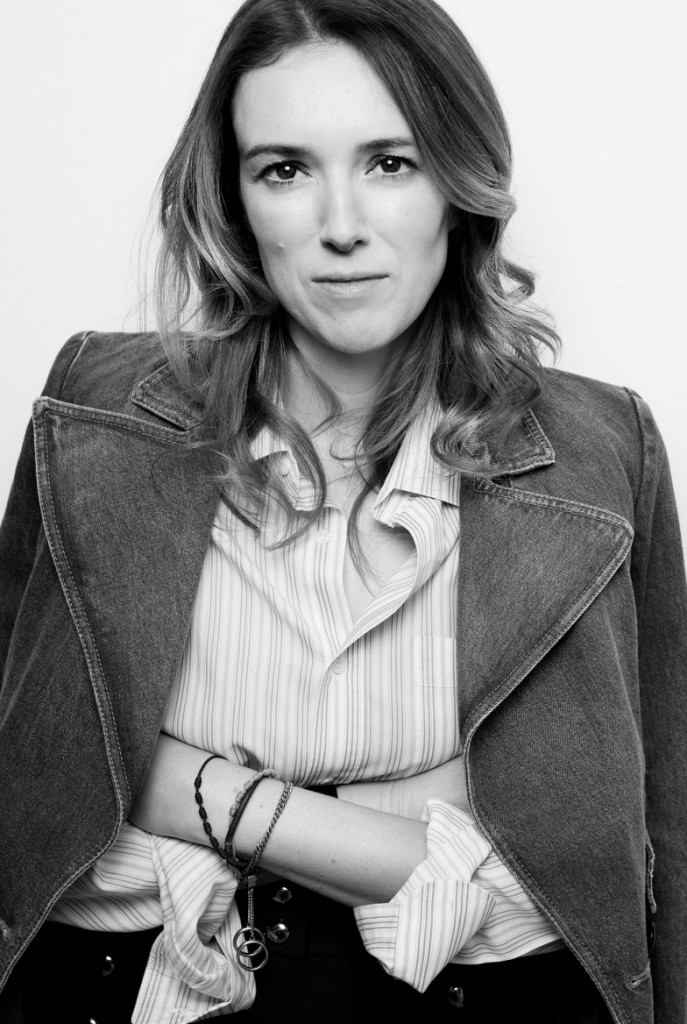 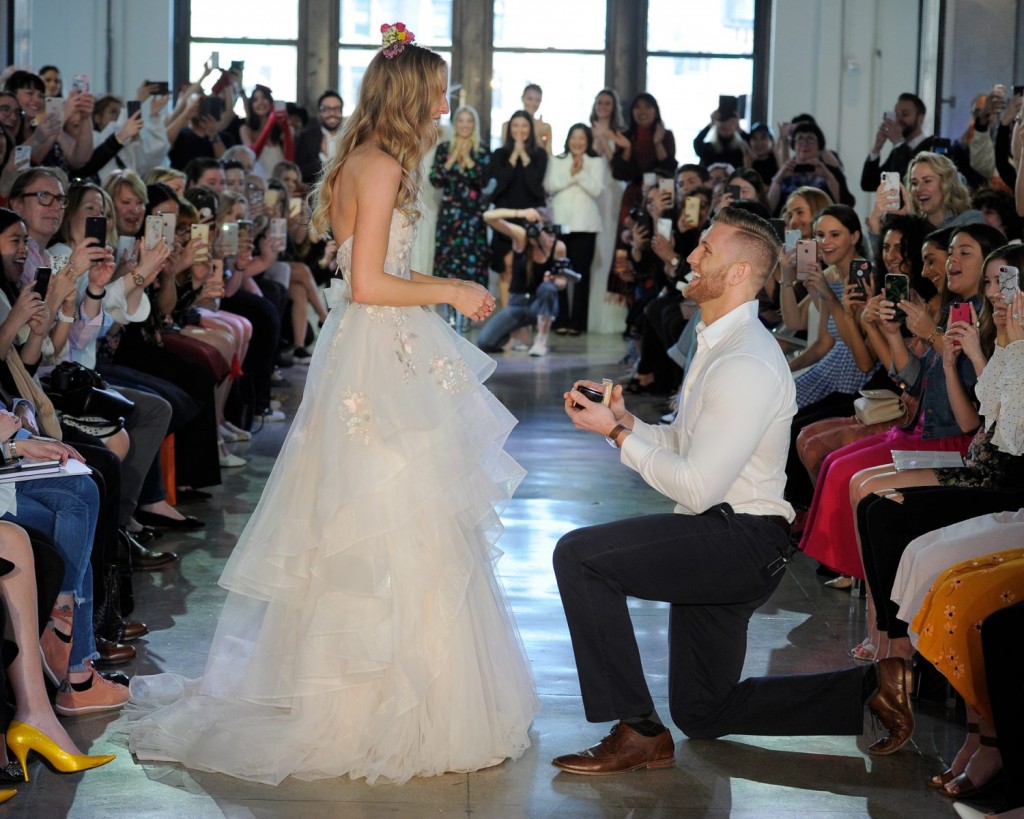 New York Bridal Fashion Week has come to a close and what an exciting season it was! From the romantic runway proposal of Chad Stapleton to model girlfriend Nicole Kaspar at the Watters show, to a touching tribute at the Amsale show for Aberra Amsale, founder and creative director of the bridal and ready-to-wear line who passed away at the age of 64, two weeks before her show. Per Aberra’s request, the show must go on. 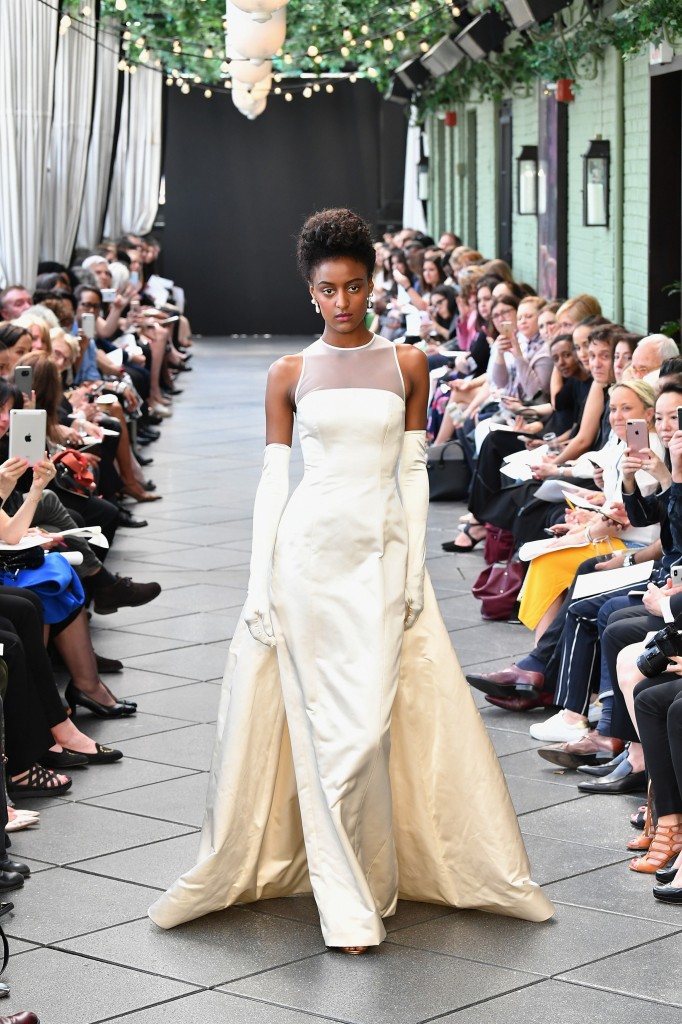 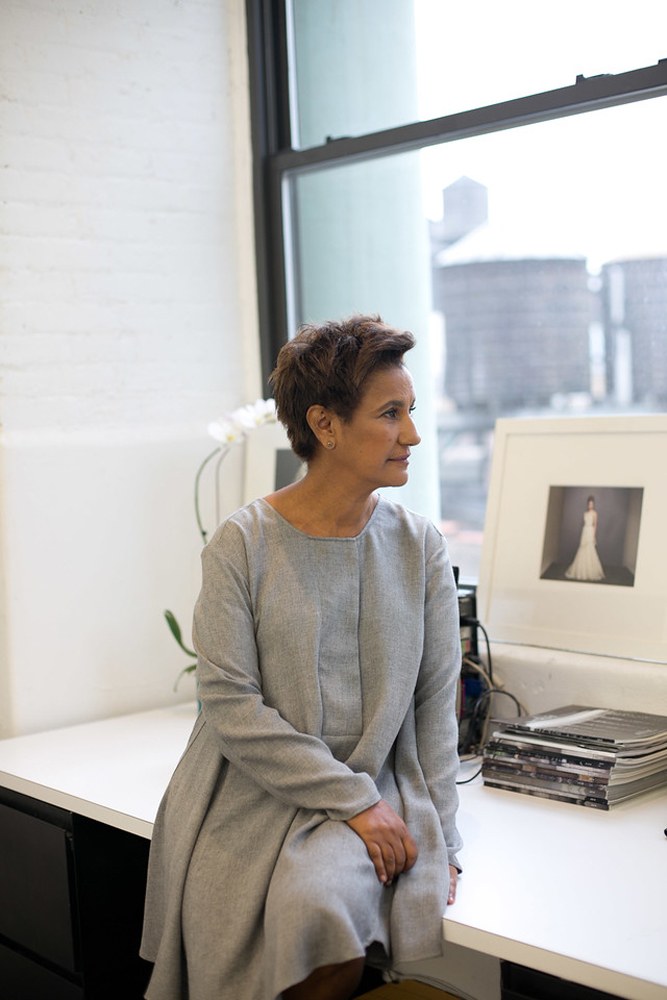 Royal fever was at an all-time high! Designers, buyers and editors alike, all had Prince Harry and Meghan Markle on their minds as the countdown to the royal nuptials begins. The world will be watching as the Prince takes the beautiful American actress to be his bride on May 19, 2018. All are wondering… will Markle dress in a traditional regal gown or will she break the rules?  In a recent Glamour magazine interview, Markle said, “I have the luxury of wearing beautiful pieces of clothing every day for work, so my personal style—wedding or not—is very pared down and relaxed.” And so, who and what will she be wearing? Erdem, Mouret, Saab, Beckham or a wedding dress designed by the house of McQueen? 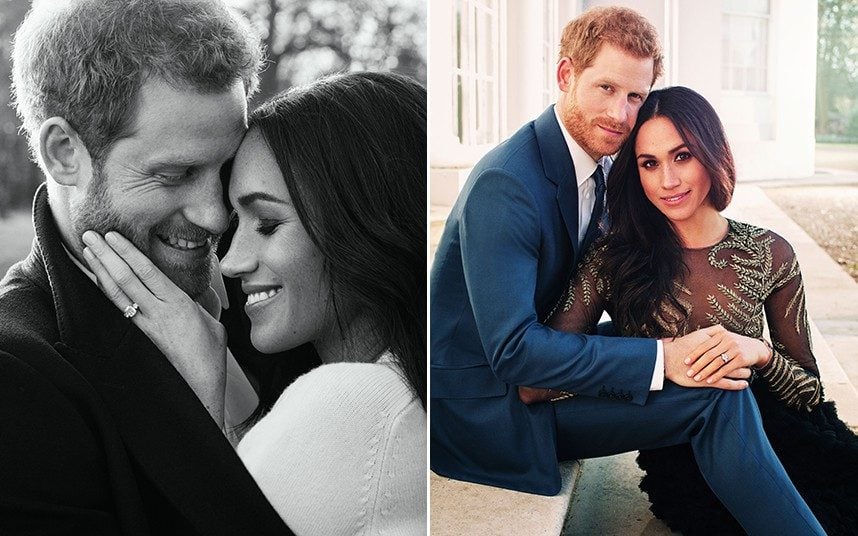 Prince Harry and Meghan Markle in their engagement photos

Aside from all the touching moments, the Spring 2019 bridal collections were full of great moments – from the splendid to the surprising. Here is a peek at what bride’s will be wearing next spring:

Although Meghan Markle and Prince Harry will be married almost a year before the Spring 2019 bridal collections are available, the regal affair was one of the biggest inspirations of the season. Designers have looked to royal brides for decades. What bride doesn’t want to look and feel like a princess on her wedding day? These delicate yet voluminous gowns were the perfect balance between traditional and fashionable. 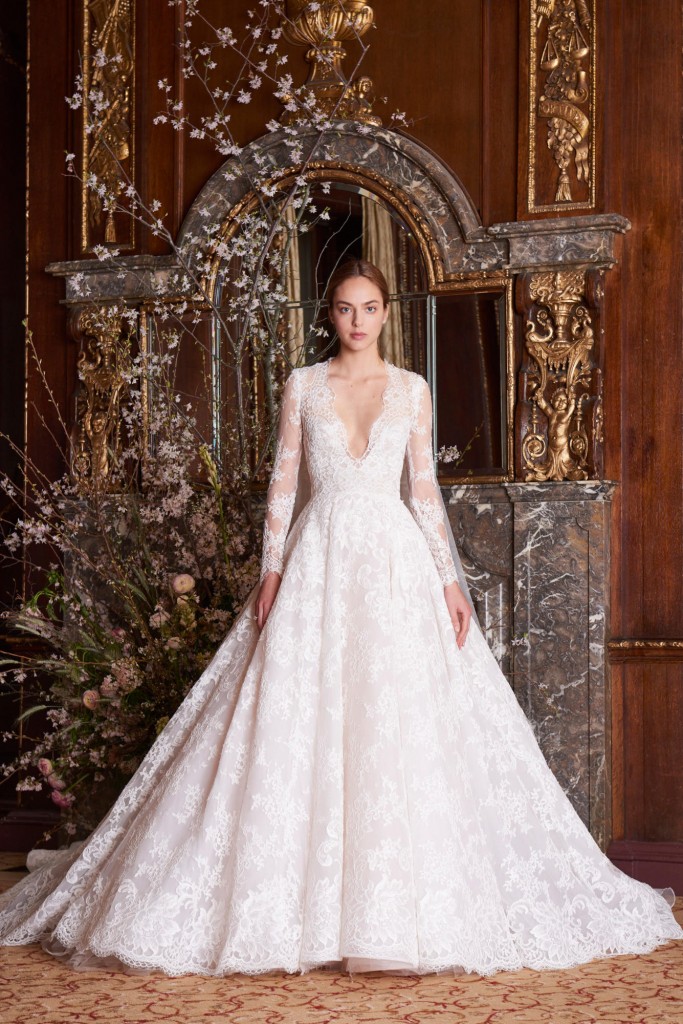 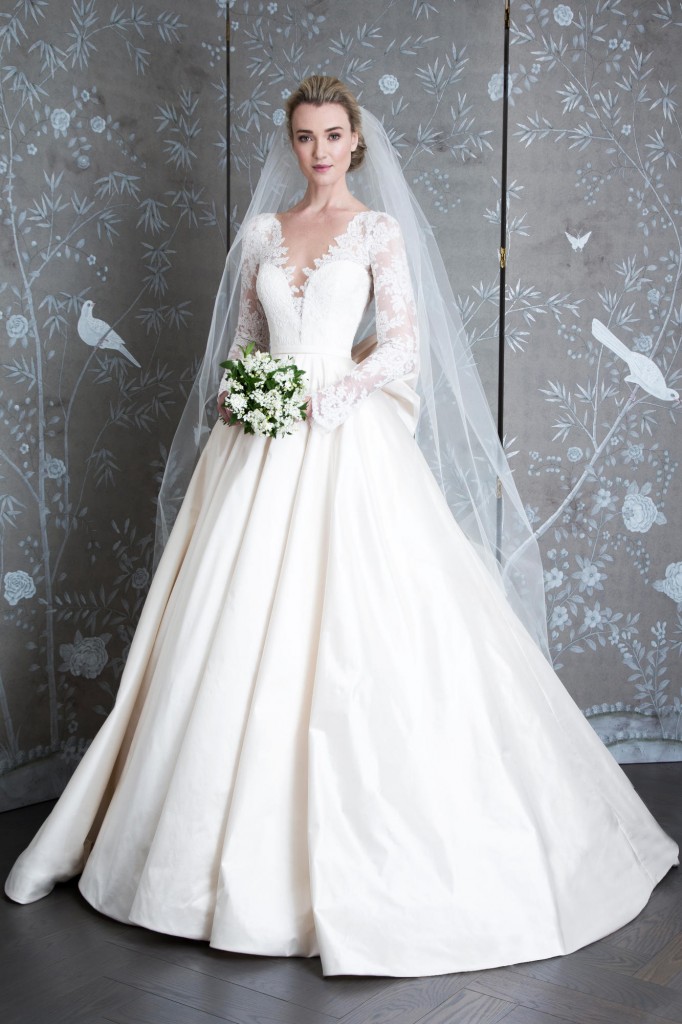 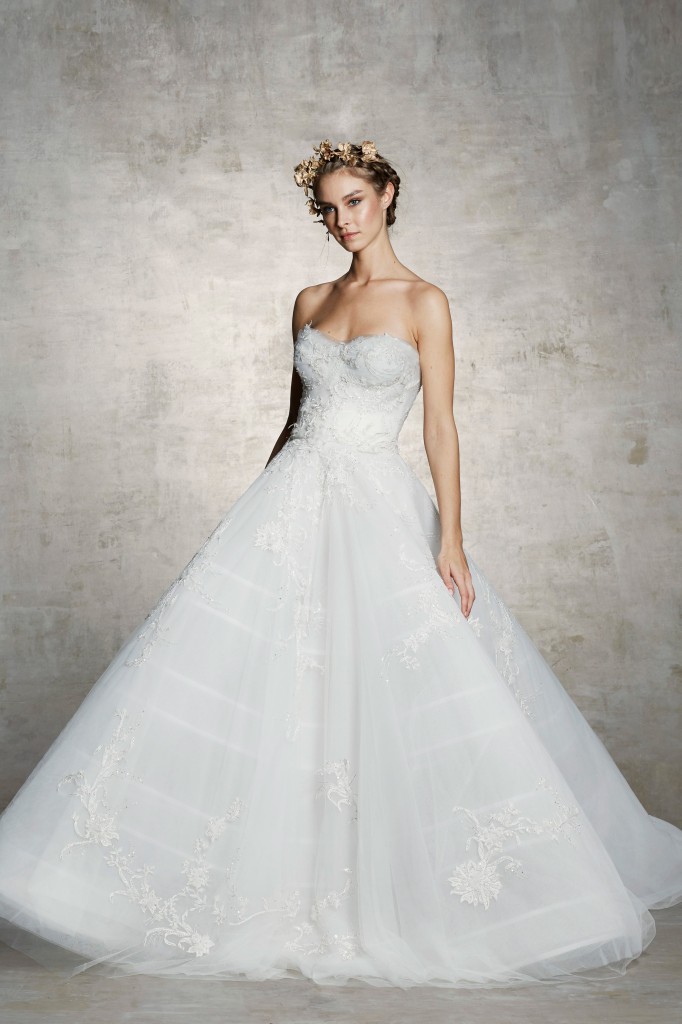 Pink frothy confections stood out in a sea of white and ivory gowns. These sweet pastels were a fresh and modern approach to bridal. 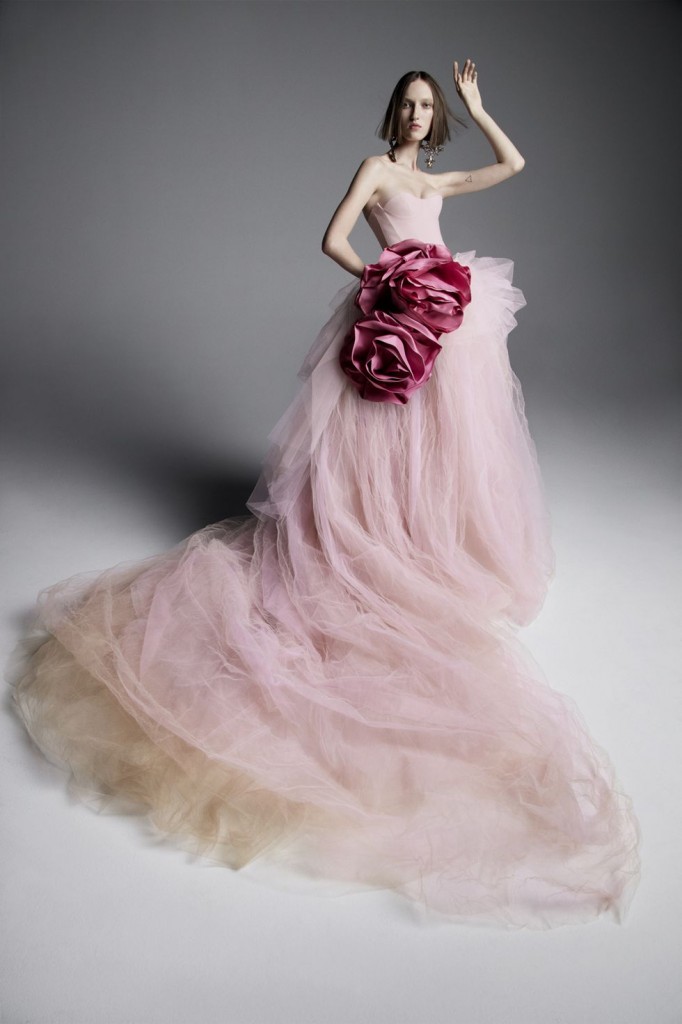 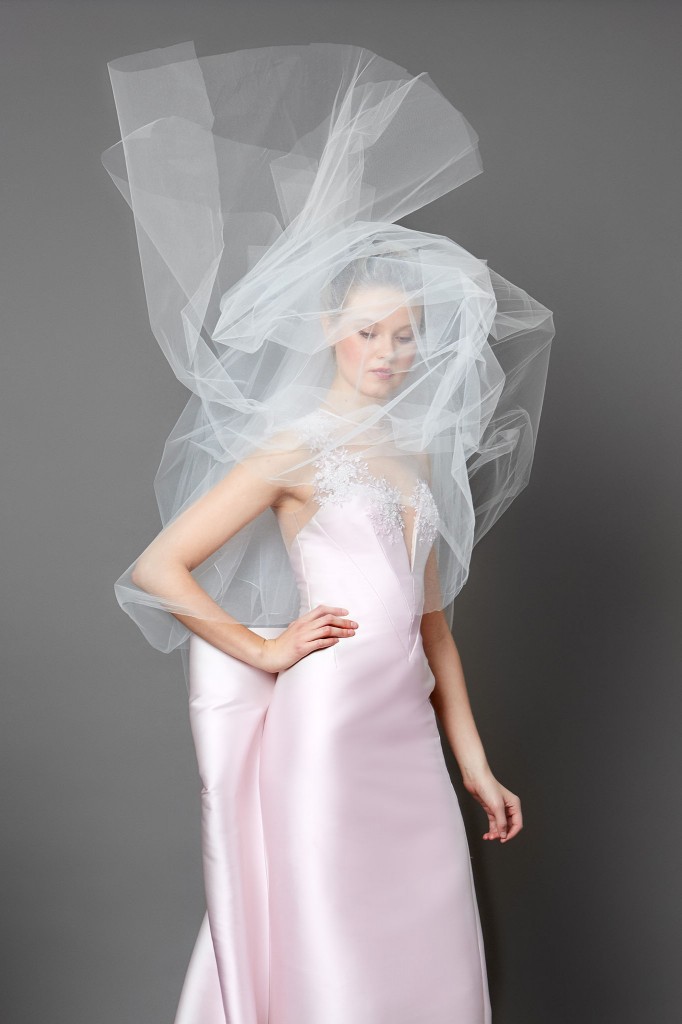 Calling all brides… it’s your time to shine! Literally. The disco days of Studio 54 became a surprising trend this bridal season as designers played with silver metallic detailing, from full-on fringe party dresses to mirror-embellished gowns. 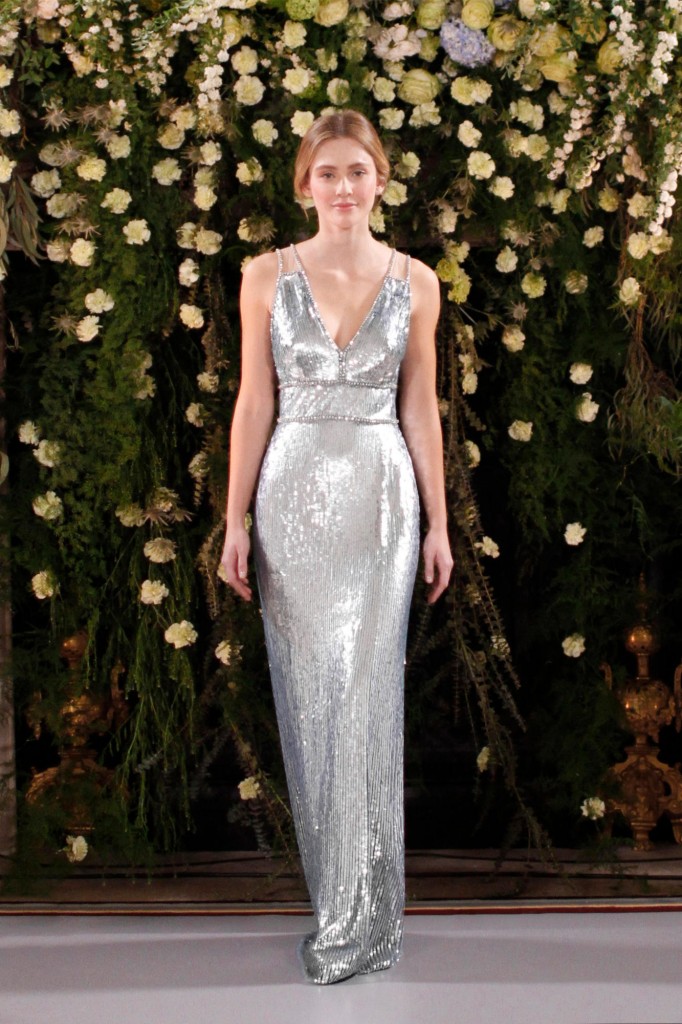 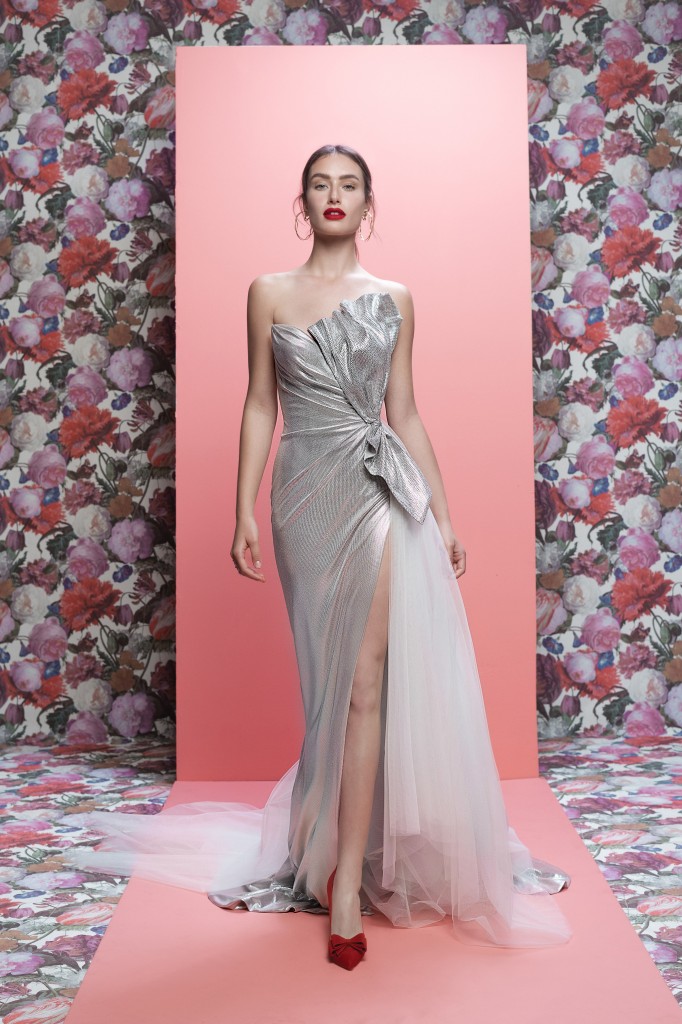 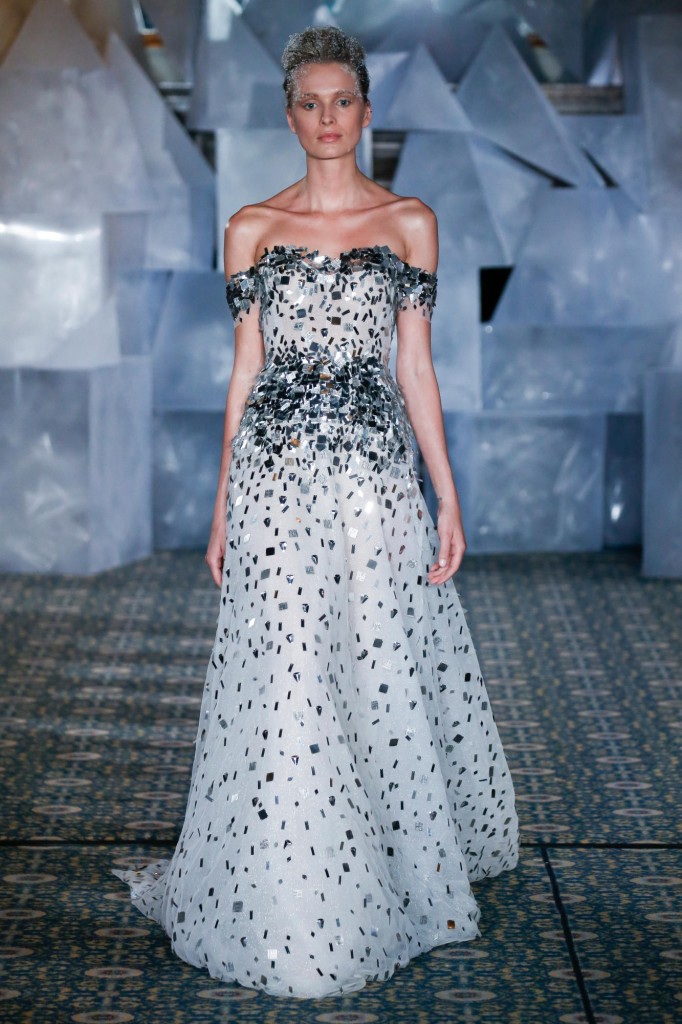 With so many bare and sexy and wedding gowns on the runway, a dramatic cape became the perfect cover-up, especially for religious ceremonies. The added layers were equally exquisite, with stunning embroideries and dramatic godet inserts. 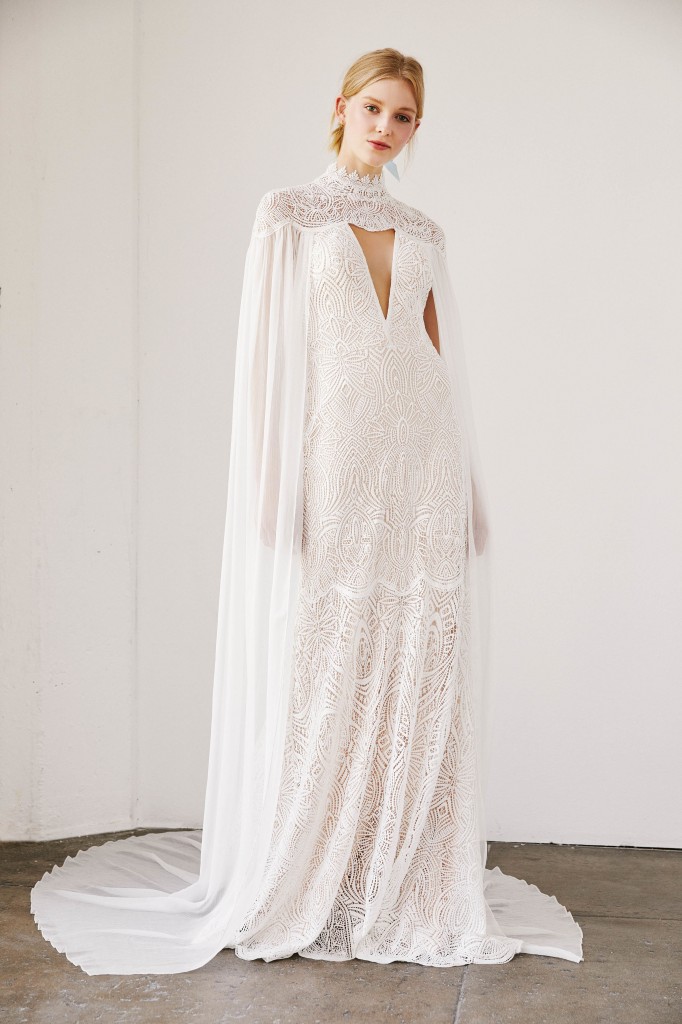 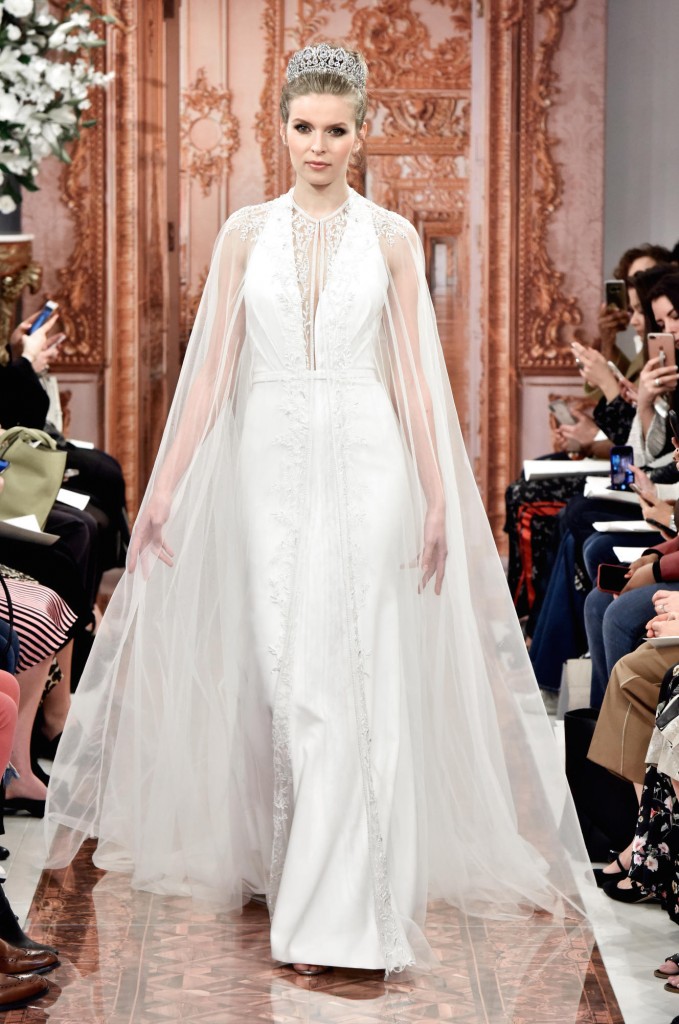 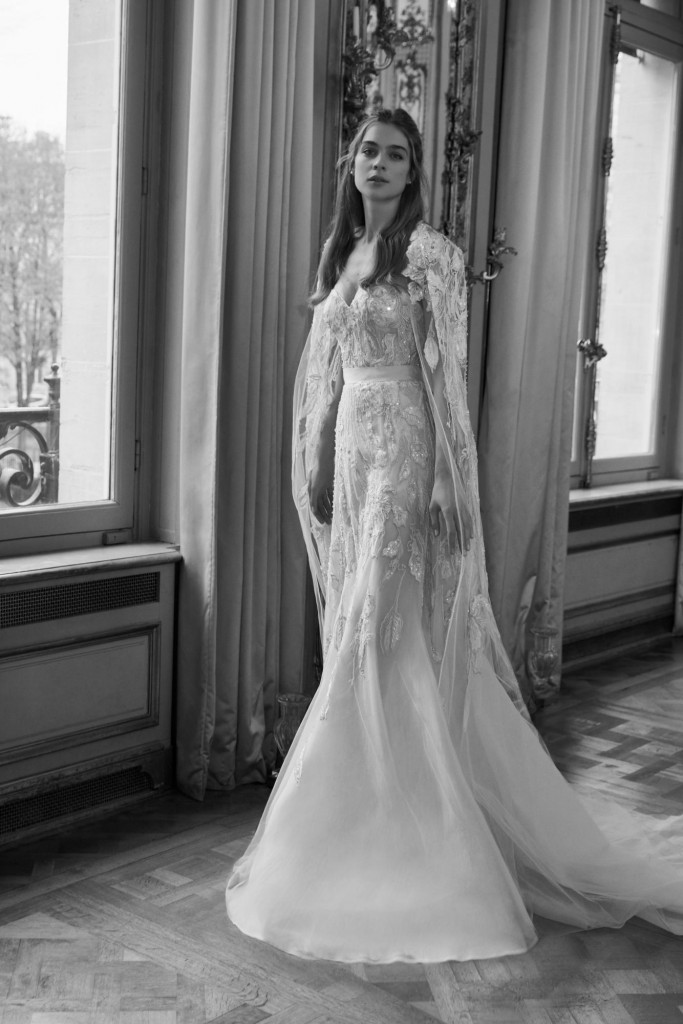 Norman Norell popularized the bow in the 60s and they have been a bridal staple ever since. For Spring 2019, bows got super-sized. These sculptural versions added a dramatic flair to the simplest of gowns. 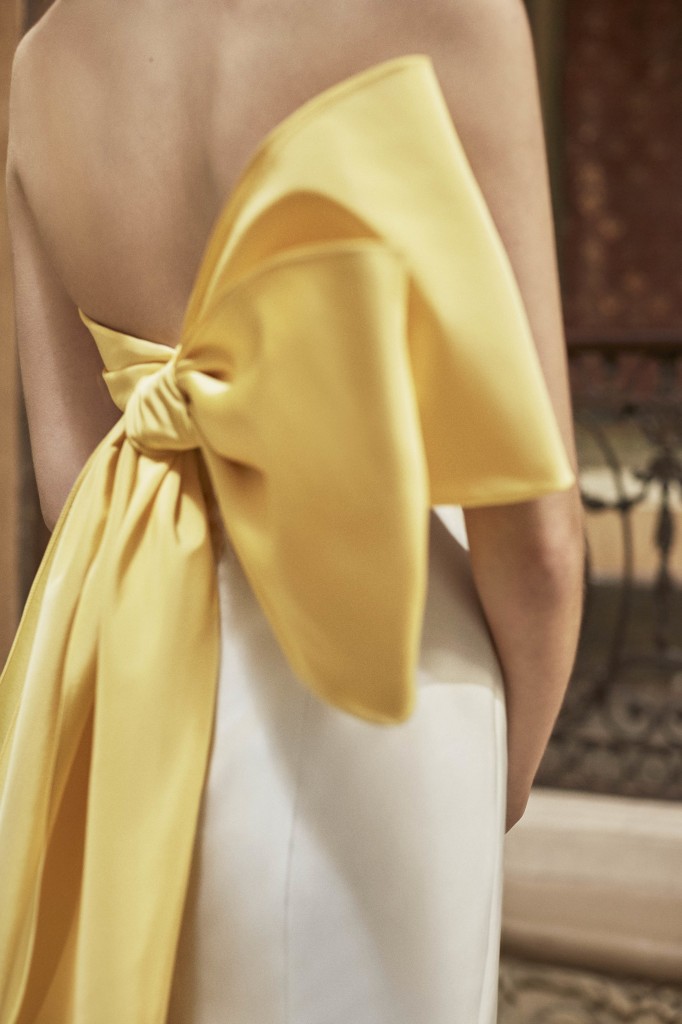 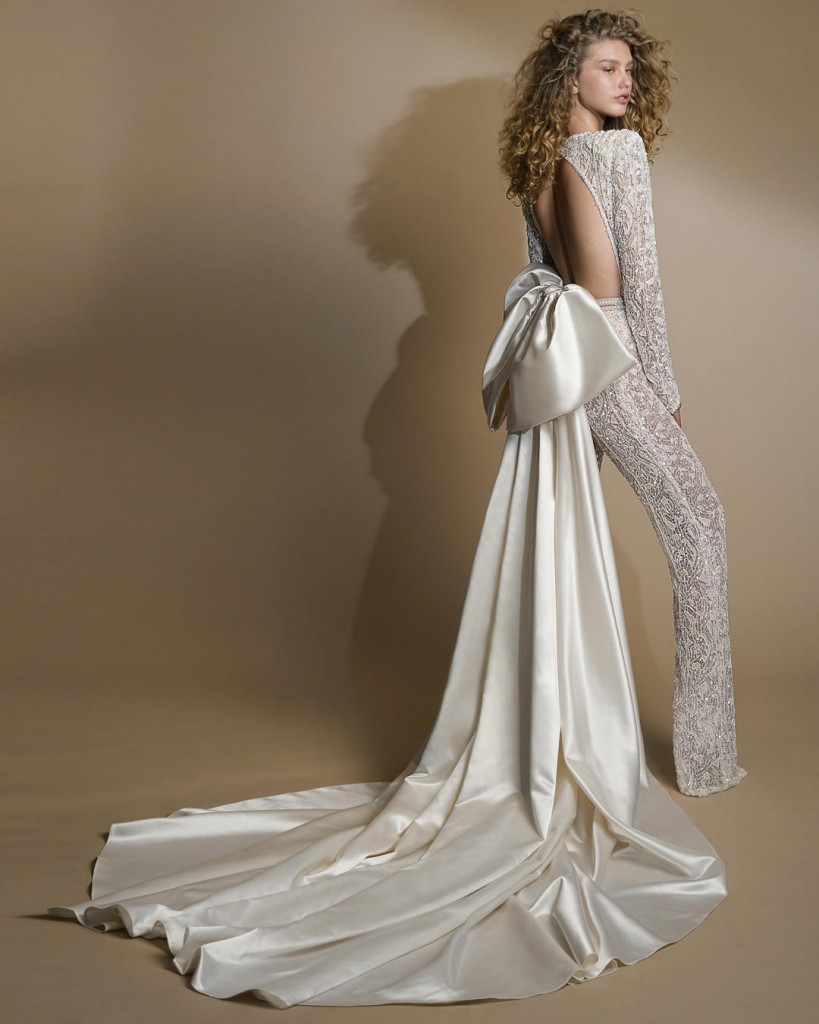 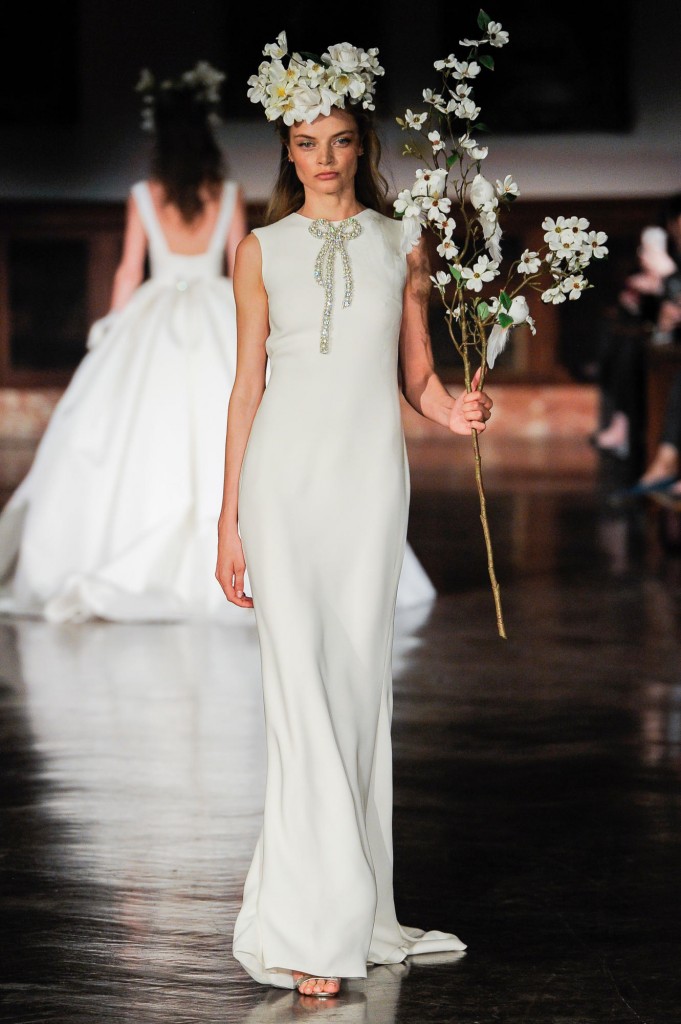 For the non-traditional bride of the twenty-first century, a gown on her wedding day is just not going to happen! Designers are now offering plenty of options – chic tuxedos, bedazzled jumpsuits, and even sequined tracksuits! These style alternatives are also perfect for pre and post wedding day events – bridal shower, rehearsal dinner, and après wedding day brunch. 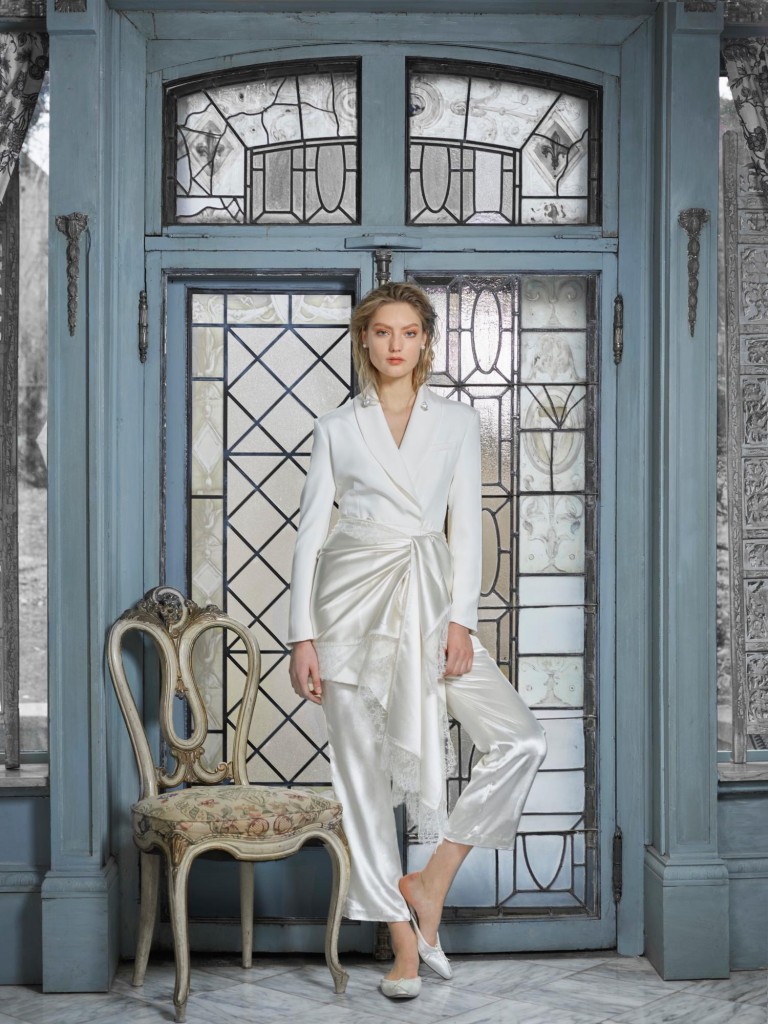 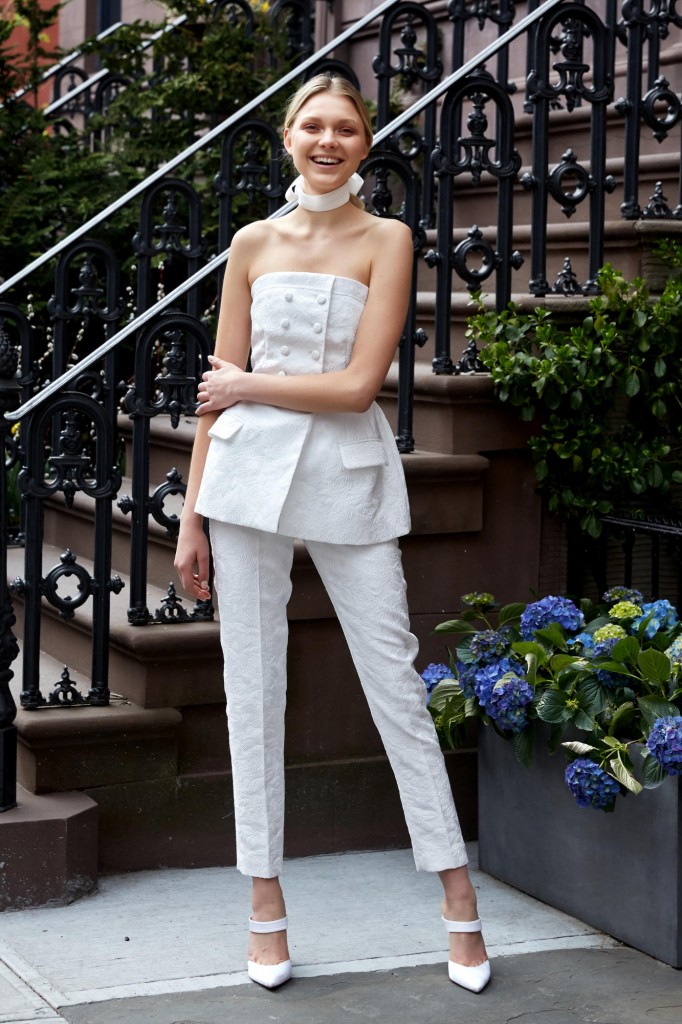 Feathers were a huge RTW trend for the past few seasons and now the bridal market has followed suit. Check out these spectacular plume-trimmed gowns. 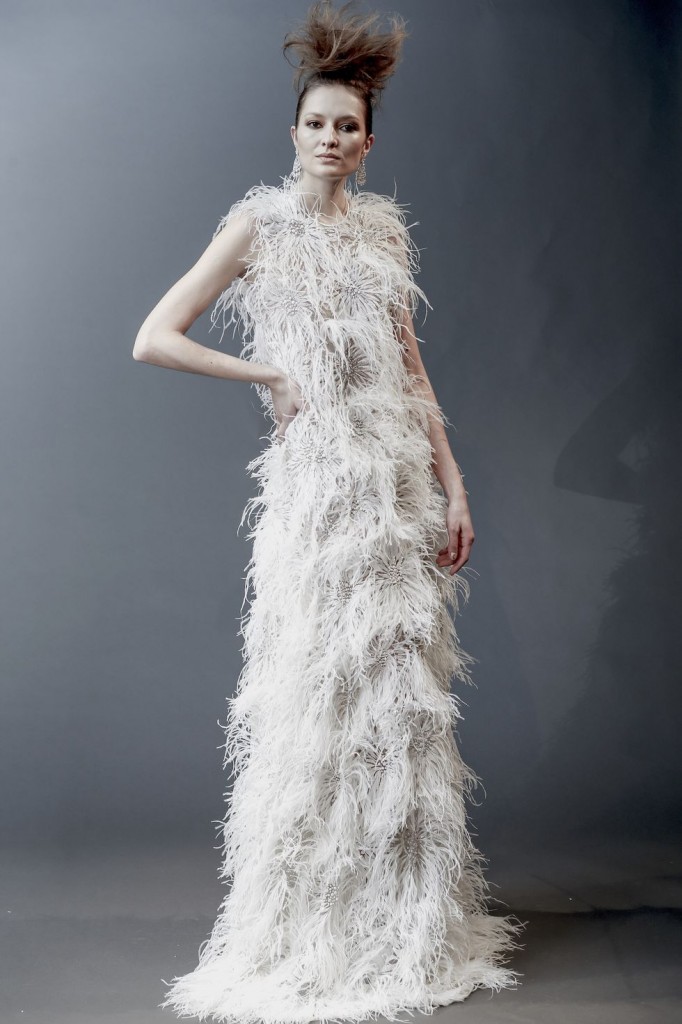 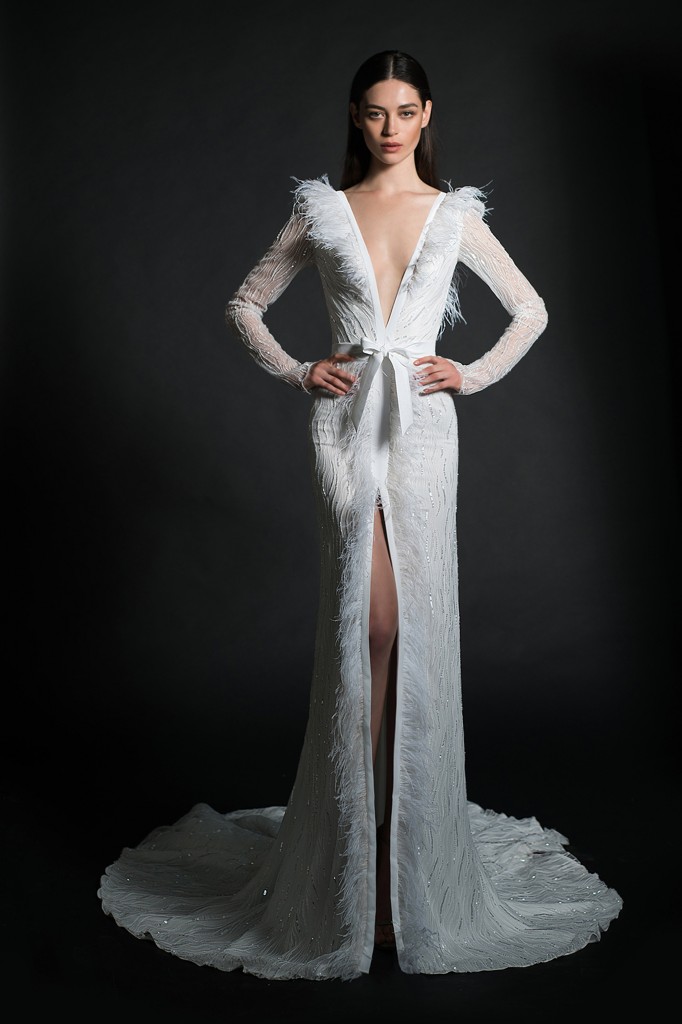 So tell us…who do you think is the lucky designer of Meghan’s dress?