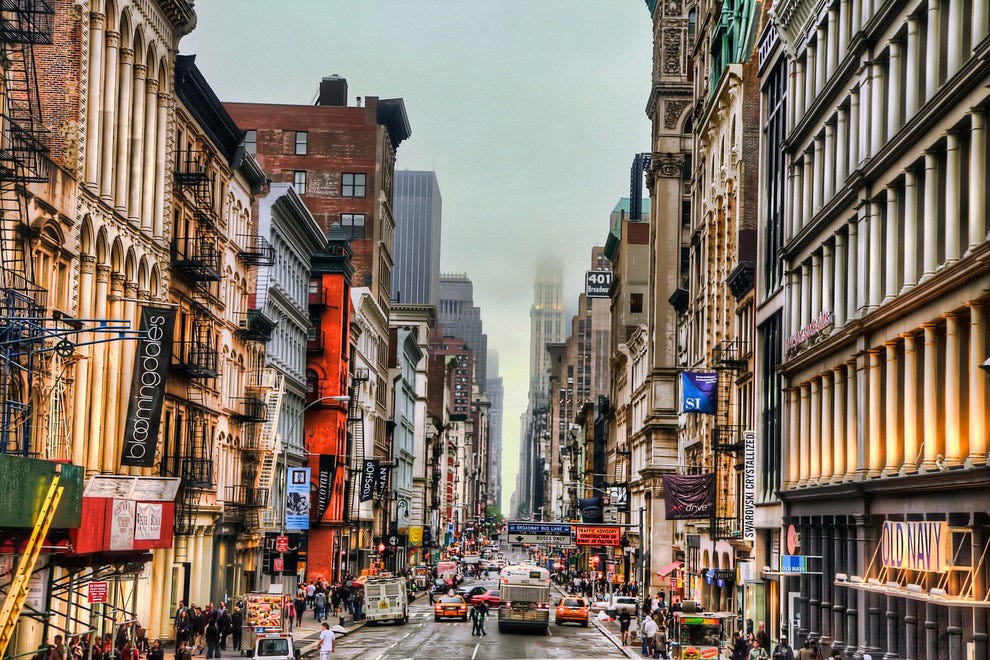 2020 is here and there’s much to look forward to (and not just the election). Although our beloved Barney’s has shuttered its business and major chains such as The Gap and Victoria Secrets are closing stores across the U.S., and a stroll down Madison Ave., uncovers a retail graveyard of a few dozen empty store fronts, good  things are happening for NYC retail. For years now, we’ve been hearing that traditional retail is dead, but wait…hold the presses….indie brands are starting to open boutiques in Soho! Is this a sign that brick-and-mortar will survive after all? Is it that millennials prefer downtown over uptown for their retail experience?

While many digital native brands, such as Glossier, Warby Parker, and Bonobos, started online. Today, these brands are expanding and opening retail ‘concept’ shops for their clients. “According to real estate experts, digitally native brands are predicted to open 850 brick-and-mortar stores in the next 5 years, with New York being the most popular destination,” according to Tinuiti, a NYC-based marketing firm. Through research and marketing, Tinuiti stated that “most of the digital brands opening stores sell apparel, which makes sense; it’s a category where shoppers definitely benefit from interacting with the product in person. We’re sure to see plenty more storefronts from these ecommerce brands — apparel and other categories alike.”

The outside of Glossier’s store in New York. (Photo courtesy of Glossier)

Another trend that is sure to continue is the rise of omnichannel. Retailers need to offer a consistent buying experience across channels, both online and off. The lines between digital and physical shopping experiences are a blur. Retailers need to be agile and responsive to customer needs with branded touchpoints at all parts of the purchasing journey. According to Ray Hartjen, Marketing Director at RetailNext, “Consumers simply don’t think in terms of channels. This isn’t 1998. No one is sitting around and thinking, ‘Hey, I think I’ll do some online shopping.’ For many years and certainly in 2020, it’s all just ‘shopping.’ Shopping journeys now go through a variety of branded touchpoints, digital for sure, but physical touchpoints too, and they are nowhere near linear shopping journeys. Brands need to be nimble, agile and responsive to shopper needs, and they need to deliver seamless, friction-free paths for their shoppers to navigate.”

Through marketing research, Tinuiti states that retail is in fact in the midst of a Retail Renaissance. A recent study by the International Council of Shopping Centers (ICSC) showed that opening a physical store increases online traffic by 36% for established retailers and 45% for emerging brands. According to the marketing firm,” In-Store Purchase Funnel is about to be integrated seamlessly into Unified Commerce. The stores will become Experience Retail. In addition to Interactive Technologies such as Smart Fitting Rooms, watch for more in-store immersive innovations in 3D Printing, Eye-Tracking, and Augmented Reality.”

In today’s retail environment, direct-to-consumer brands are reinvigorating the retail scene in NYC. A growing number of e-commerce brands are opening storefronts to grow their businesses further. “Physical retail embodies a social and tangible experience that America’s Amazon-driven format of online retail has yet to duplicate,” Web Smith, the co-founder of Mizzen+Main, said. And so, “digital-first retailers are … investing in extending their direct-to-consumer relationships by owning permanent storefronts in worthwhile locations.” It’s a theme that’s expected to continue to ring out in retail this year. A study in 2018 by real estate research firm Green Street Advisors found so-called digitally native brands altogether have more than 600 stores blanketing the U.S., and counting.

Rents across NYC have also dramatically dropped and are nowhere near levels seen in the peak of 2014. Even Madison Avenue — known for its prestige and high end boutiques such as Chanel, Prada, and Celine— is not immune to the trend of falling rents.

According to CNBC, “in the second quarter of 2019, average asking rents across New York City declined an average of 4.5% from a year ago to $776 per square foot, according to an analysis by commercial real estate services firm CBRE. It marked the seventh consecutive quarter of declines. Rents along Upper Madison Avenue (57th to 77th Streets) in particular dropped 11.7% from a year ago to $1,042 per square foot.”
Thanks to the falling prices of rents and more flexible lease terms, its open the possibility for smaller brands to open shop. At some point, landlords had to budge. A lot of these new retailers weren’t going to pay sky high rents. “If someone was renegotiating a lease today, it’s a very different market than it was 10 or 15 years ago,” said Nicole LaRusso, director of research and analysis at CBRE. 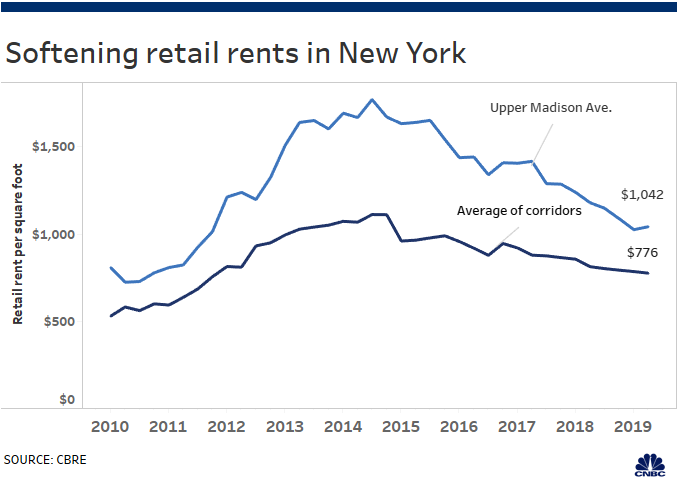 After 2014, as rents started to fall and store closures picked up, “landlords didn’t want to hear it,” LaRusso said. “But most of that lesson has been learned now.” There’s much more negotiating being done today, she said. “I think we are getting to that equilibrium.”

Indie Brand Retail Invasion
“Meatpacking today is what I would call New York’s ‘it’ neighborhood,” said Jared Epstein, developer at Aurora Capital Associates. Epstein worked on RH’s roughly $250 million deal for a 15-year lease in the area. An RH hotel is also set to open in the Meatpacking District next fall.

And as a resilient city, here are a few indie brands that have opened retail shops in NYC and across the United States. 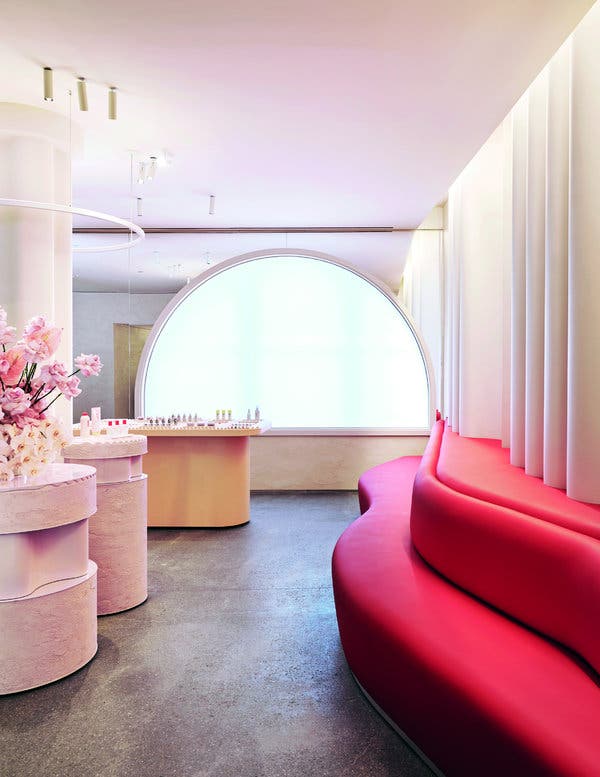 Beauty brand Glossier is a direct-to-consumer label founded by Emily Weiss in 2014. In 2018, her small business surpassed $100 million in revenues. Weiss opened her flagship boutique in Soho, in November of 2018. The store is such a hit that you can find shoppers lining the sidewalk streets to get in, whether it’s to shop or pose in front of the companies signature millennial pink-covered walls. Glossier also has a store in Los Angeles and is experimenting with pop-up locations.

Rothy’s, a woman’s shoe label, opened its first brick-and-mortar store in San Francisco in 2018. The label was launched in 2015 in San Francisco by Roth Martin and Stephen Hawthornthwaite, the direct-to-consumer brand created and sold shoes that ranged from ballet flats to loafers for women and kids that are made out of recycled plastic bottles. The brand decided to open its first store so customers can see the shoes in person and try them on before making a purchase. In 2018, Rothy’s gained a $35 million investment from Goldman Sachs and has raised over $42 million to date. Rothy’s booked a little more than $140 million in revenue for 2018.

The outside of Koio’s store in Venice, California. (Photo courtesy of Koio)

Koio, a high-end sneaker brand, was launched in 2014 by Chris Wichert and Johannes Quodt. In 2018, the brand has already raised $5.1 million and opened a handful of stores throughout the United States, including, New York, Chicago and Los Angeles and are planning to open more in the near future. The brand creates sneakers for both men and women, but the men’s category outperforms women’s. Wichert and Quodt are already creating new silhouettes to keep up with the growing ‘designer’ sneaker category which has exploded in popularity. 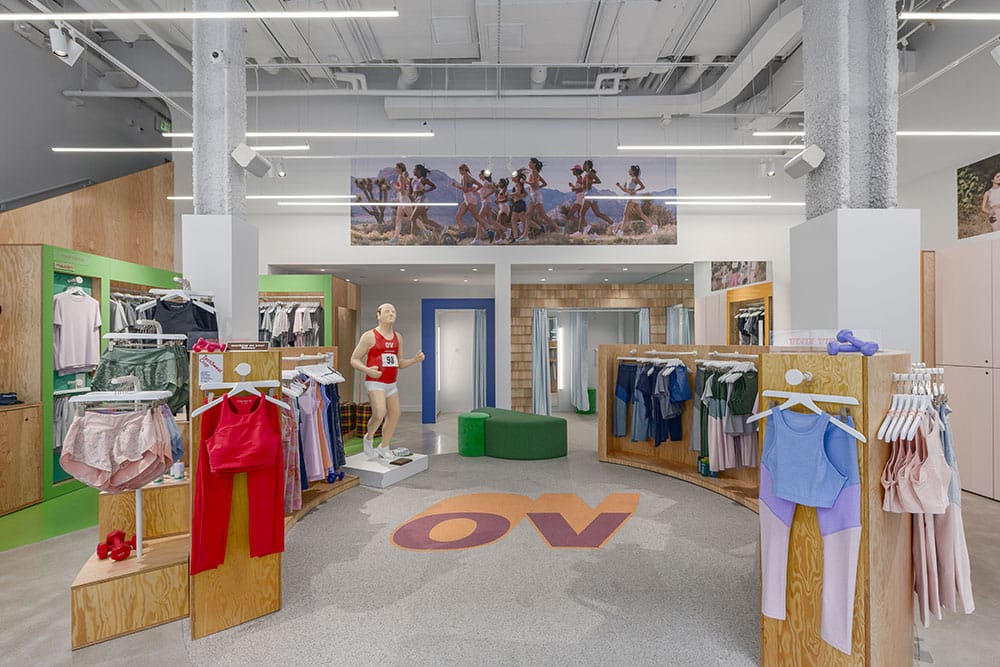 Outdoor Voices is a woman’s athleisure brand that was founded by Tyler Haney, the 31-year-old is also the CEO of the brand. Outdoor Voices was started in Austin in 2014 and has raised over 56.5 million to date. The brand has a number of stores throughout the United States, including Los Angeles, Chicago, Nashville, and Boston. Tyler told CNBC in 2017 that in the future she planned on opening at least 50 stores, one in every state. Giving investors a vote of confidence, Mickey Drexler, the former CEO of J.Crew and Gap, serves on its board. Haney said he’s played a key role in helping Outdoor Voices grow offline. 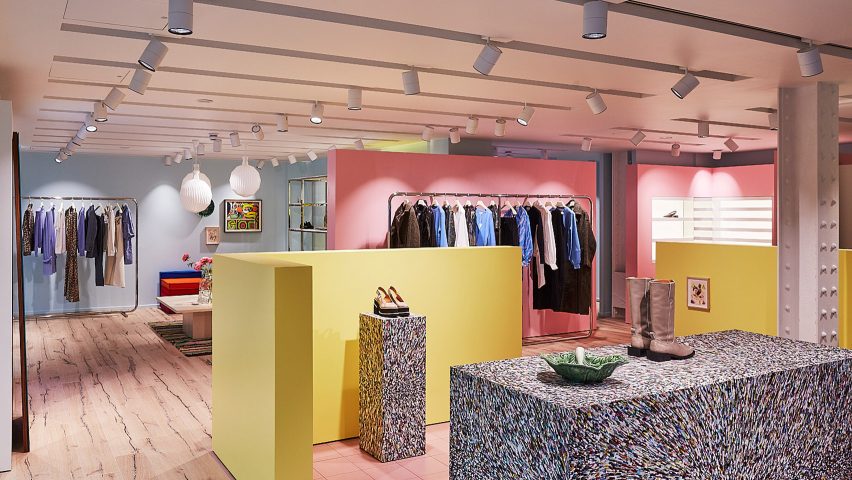 Ganni, the Copenhagen-based brand, opened its first U.S. store in Soho this past October, followed by one in Los Angeles and Miami.”We always dreamt of opening stores in the U.S.,” explains founder Nicolaj Reffstrup. “We’ve been extremely fortunate to be stocked in some of the U.S.’s finest boutiques and retailers; seeing our U.S. audience connect with our Scandi 2.0 sense of style has been incredible and we’ve resonated well with the market. This next step of having our own physical stores means we can welcome our community into our universe and experience Ganni in real life. It just made sense. There’s been so much talk of the death of retail, but I don’t think retail is dead, it’s just entering a new phase. It’s about figuring out how you give your community a unique real-life experience, a high level of service, interesting interactions with real people and an easy, effortless shopping experience where your community feels welcome.” 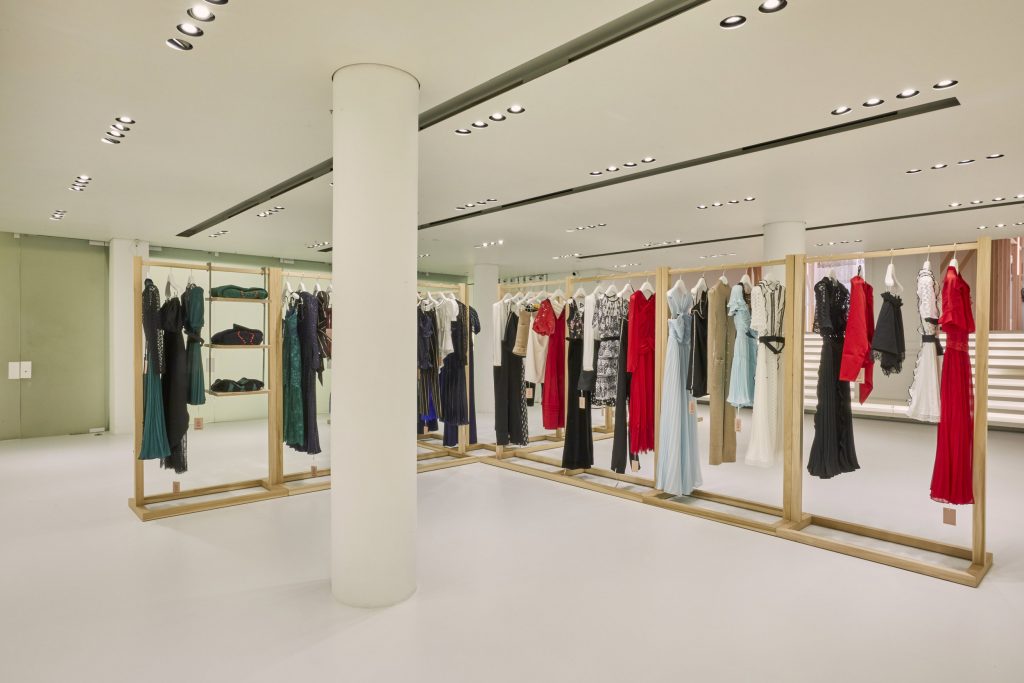 Self-Portrait is a contemporary label launched in 2013 by Han Chong. The London based label is known for its feminine dresses with a youthful twist. In August 2019, the label opened its first brick-and-mortar concept retail space in the U.S. in  Soho; but Self-Portrait is testing out the New York City store-front experience before fully committing, with the concept store set to close in June 2020. “This is a great opportunity to welcome anyone, not only to shop, but also to explore the Self-Portrait experience,” says Chong. “What I’ve seen happening is that stores are now becoming brand ambassadors both online and offline. We want to blend these experiences to create that connection with our clients. We’ve built this amazing community digitally with them since we started the brand and now we get to invite them into our home to get know us more intimately.”

Are you considering opening a pop-up or a retail shop for your brand? Share your thoughts!