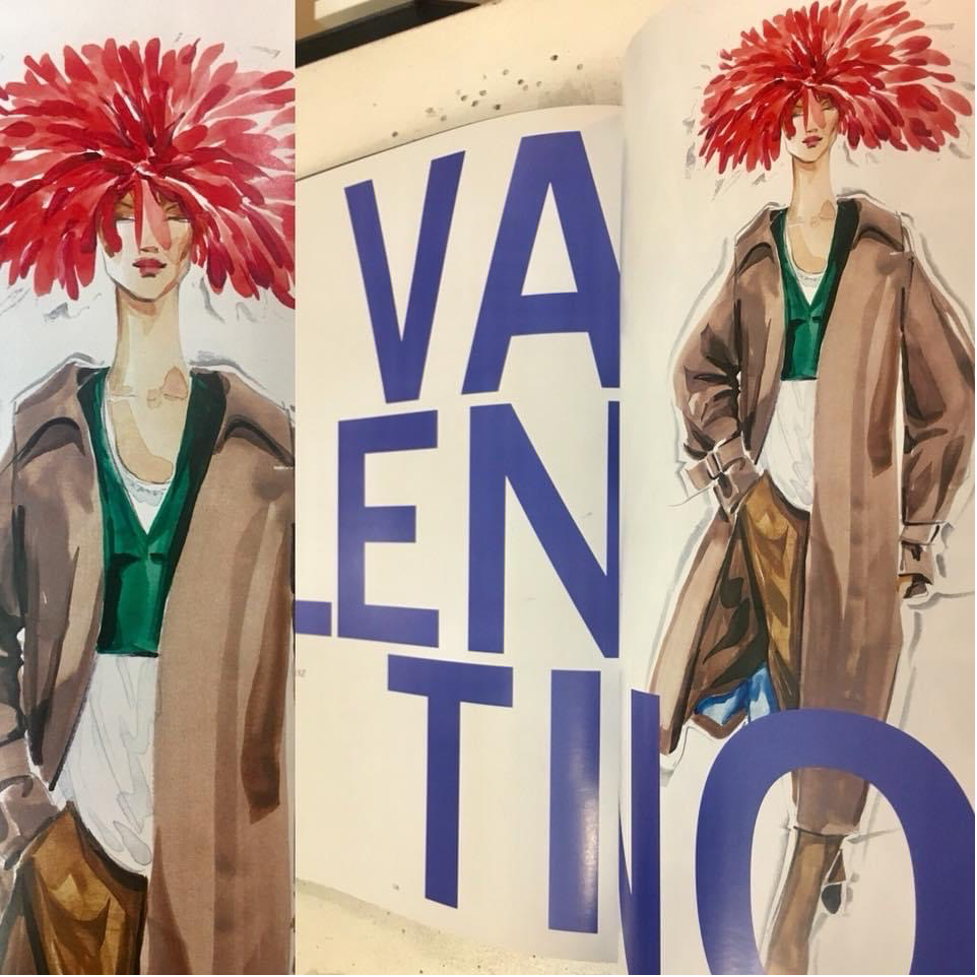 It has long been debated whether fashion illustration should be considered art. Through the decades, the value and appreciation of fashion illustration has risen and fallen with societal shifts. However, according to fashion curator Connie Gray of London’s Gray M.C.A. gallery, “there seems to be a heightened interest with anything that is associated with the great designers, particularly of the 20th century like Dior, Balenciaga or Chanel in Europe, or in America, anyone from Donna Karan, to Bill Blass, to Halston,” as reported by WWD. (read our February 7th blog).

In that same article, Gray proclaimed that she “expects American fashion illustrators from the latter half of the 20th century to be the next group to begin to increase their prices. At the moment, the focus continues to be on work from the Forties, Fifties and Sixties,” she said, adding that “work by René Gruau could garner anywhere from $10,000 to $50,000.”

A Sotheby’s spokeswoman said “she didn’t think the company has the right specialists to discuss the subject.”

And yet, the work of famed illustrator Antonio Lopez, arguably the most important fashion illustrator of the 20th century, currently commands from $16,100 to nearly $27,000 per illustration, and Kenneth Paul Block’s work has sold in the $12,000 to $15,000 range. 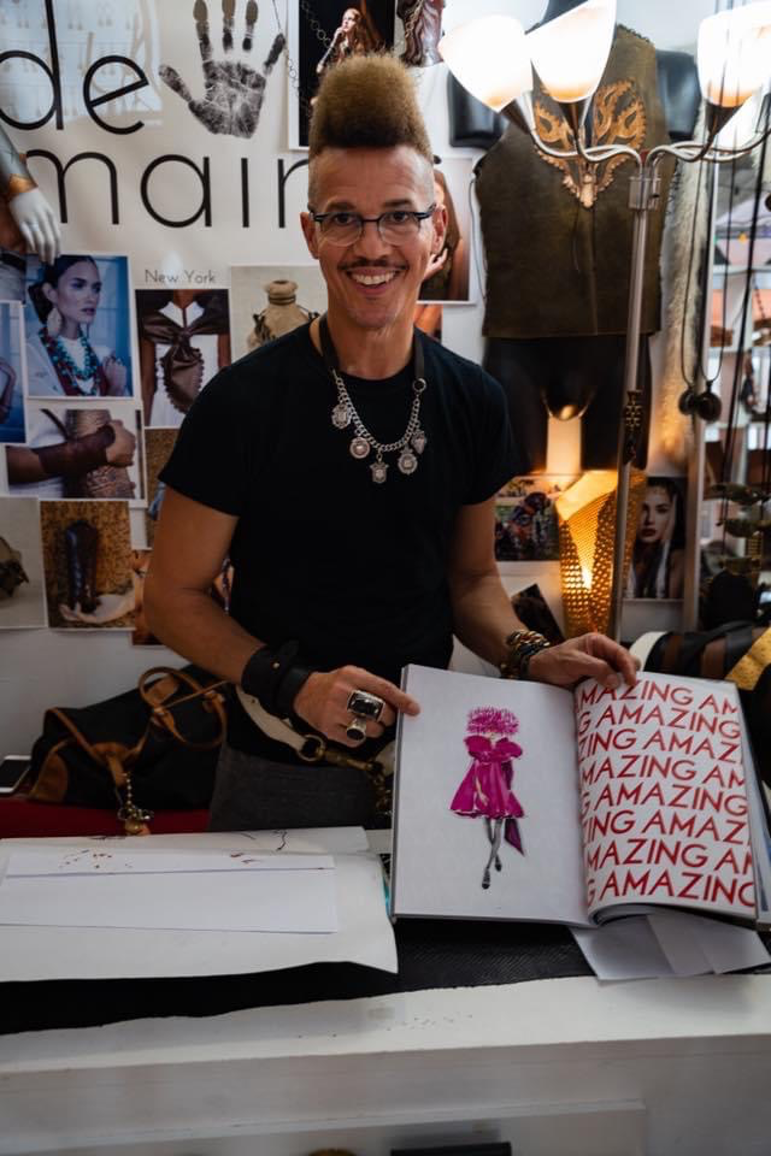 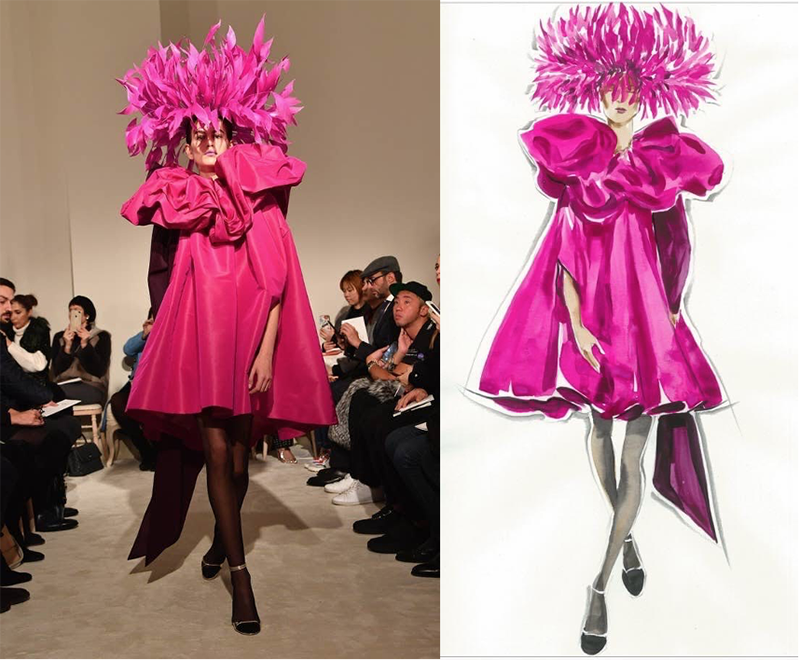 Francesca: At what age did you know you wanted to be a fashion illustrator?

Roberto: As far back as I can remember, I knew I wanted to be an artist, a painter, a maker. I would spend hours sketching when I was a kid.  The heyday of fashion illustration was the 1980s; there was so much amazing talent out there, and I was influenced by a lot of illustrators. But the one that stood out, who guided my hand and shaped my aesthetic the most, was the Puerto Rican illustrator, Antonio Lopez. By the time I reached my late teens, I started to think seriously about pursuing a career in fine arts and design. I knew that fashion design was a great discipline to develop my skills, so I submitted my portfolio to Altos de Chavon School of Design in the Dominican Republican affiliate of Parsons, here in New York—and the next thing      I knew, I had a scholarship and was studying with some of the best artists in the country.   And this led to being awarded a grant to finish my studies at Parsons, which is how I ended up in New York, and eventually working as a designer on Seventh Avenue, in the New York Garment District. 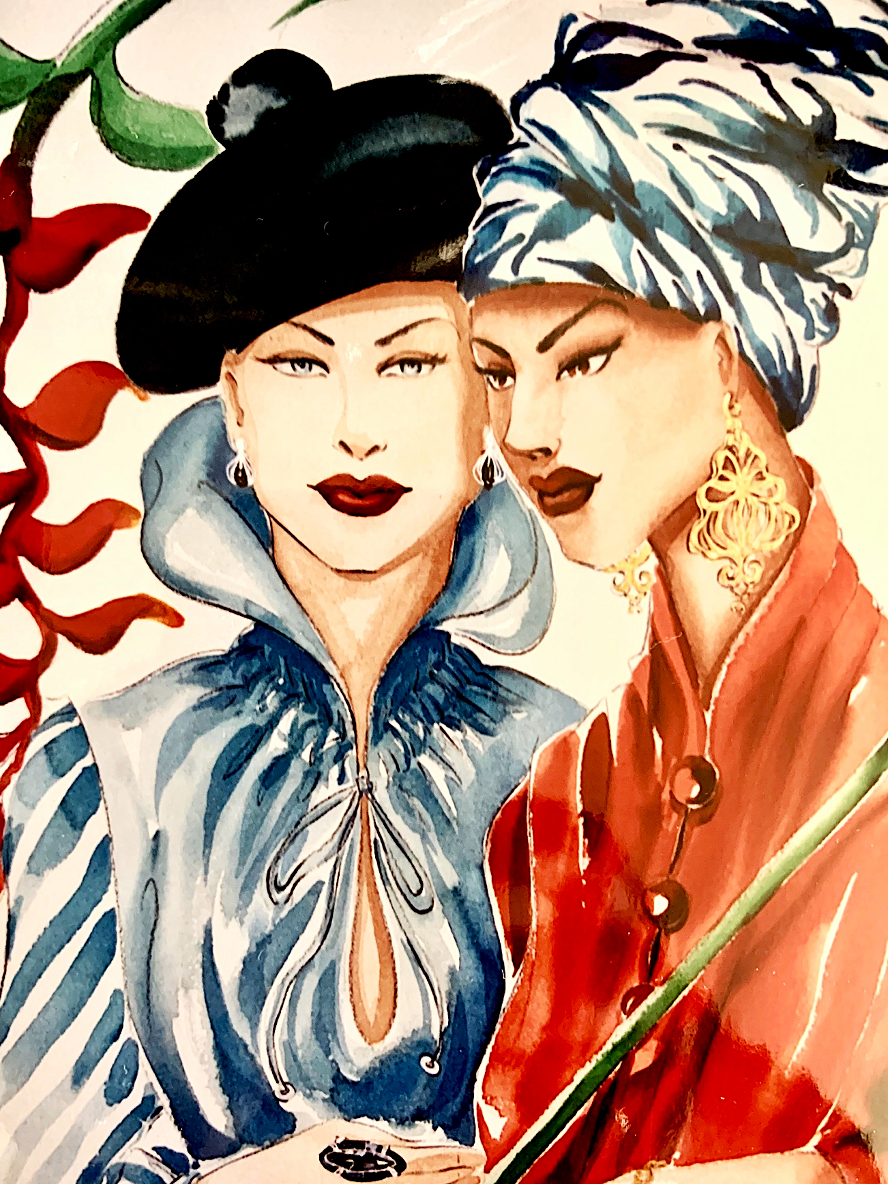 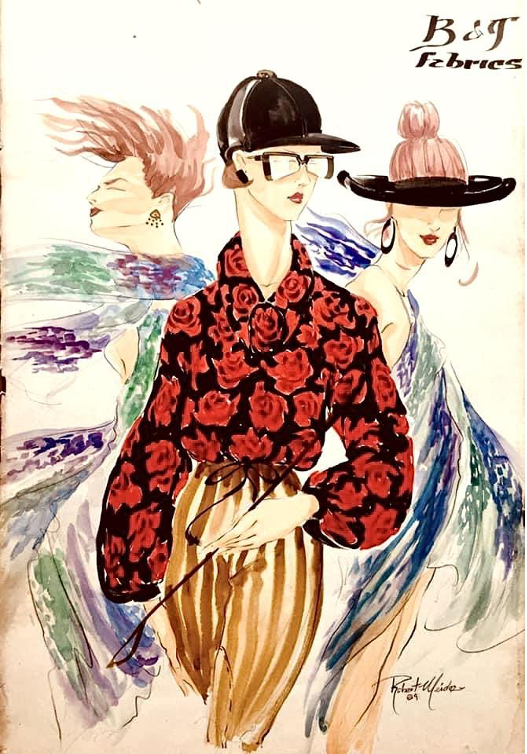 (Fashion illustration by Roberto Calasanz (Méndez) for B & J Fabrics)

Francesca: Who encouraged you to pursue your dream?

Roberto: First my mother, who had an eye for fabrics, and who was an avid reader of fashion magazines—an interest in fashion runs in the family; I come from a long line of tailors on my mother’s side. And once I began my studies at Altos de Chavón, I was surrounded with support from fellow students, and especially from my teachers—one of whom, Julia Santos Salomon, by the way, was a good friend of Antonio Lopez. The school has an amazing collection of Antonio originals, because for several years he would come and teach illustration workshops at the school. In fact, when Antonio passed of AIDS in 1987, the head of the fashion program at the time, James Miller, entrusted me with helping to preserve his personal collection of Antonio’s work. The opportunity to handle these originals was a huge inspiration for me. From there, I was rewarded a subsequent grant to finish my studies at Parsons in New York. And I’ve been here pretty much ever since! 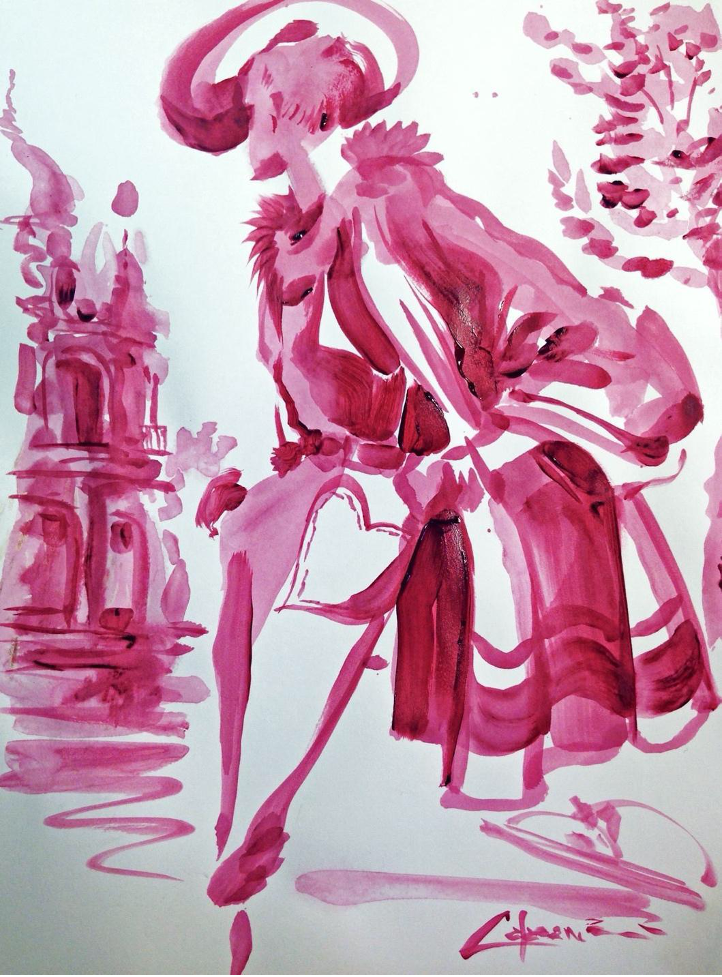 Francesca: You worked for many fashion houses, which one gave you the most creative freedom?

Roberto: I got my first job as an illustrator when I was still a student at Parsons. Roberta Freymann hired me to render her legendary knitwear, those novelty sweaters with all that cable work, ribs, pom poms, and intricate stitch patterns. So that was a challenge!  Over the years, I worked for designers across the board, like Randy Kemper, Nili Lotan, Harvé Benard, Ralph Lauren RLX, Calvin Klein, Liz Claiborne, and Rogelio Velasco Couture—but I’ve also illustrated interiors, linens, and home décor for companies like Donghia and Waterford Beds.  Collaborating with different designers is always a learning experience— I love the challenge of capturing a designer’s personal vision in a medium such as marker or gouache. This is best achieved when the signature style of the illustrator—silhouette, line, gesture, technique—resonates with the particular attitude and mood that the designer envisions. At RLX, for example the mood was rugged outdoors, but the challenge was to infuse the low-tech lumberjack look with high-tech finishes and forward-thinking design. 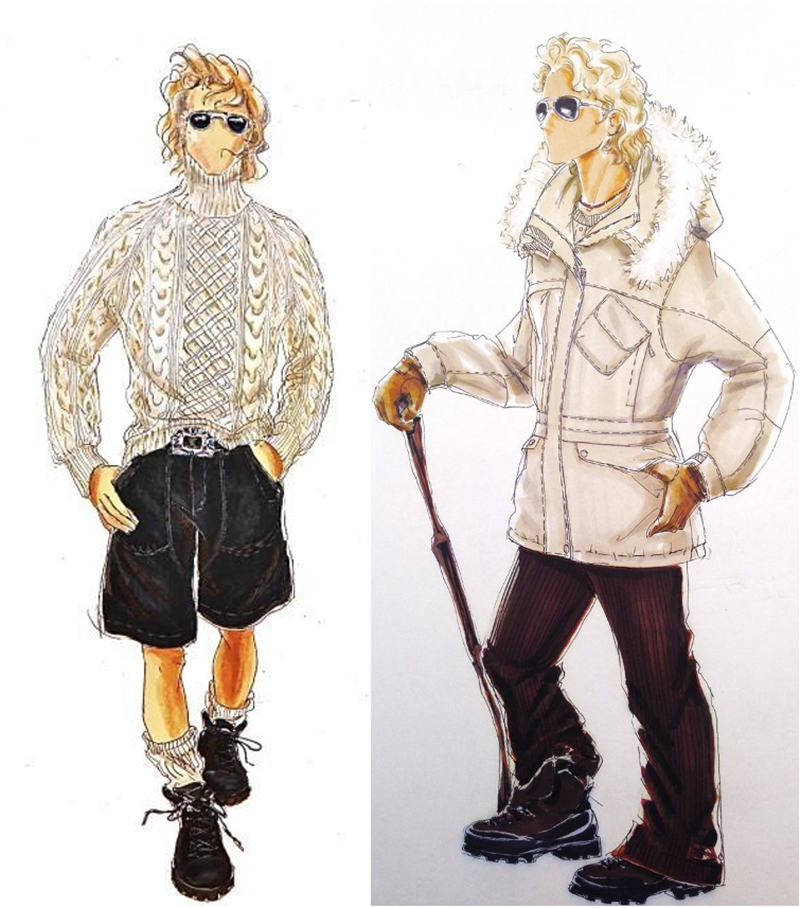 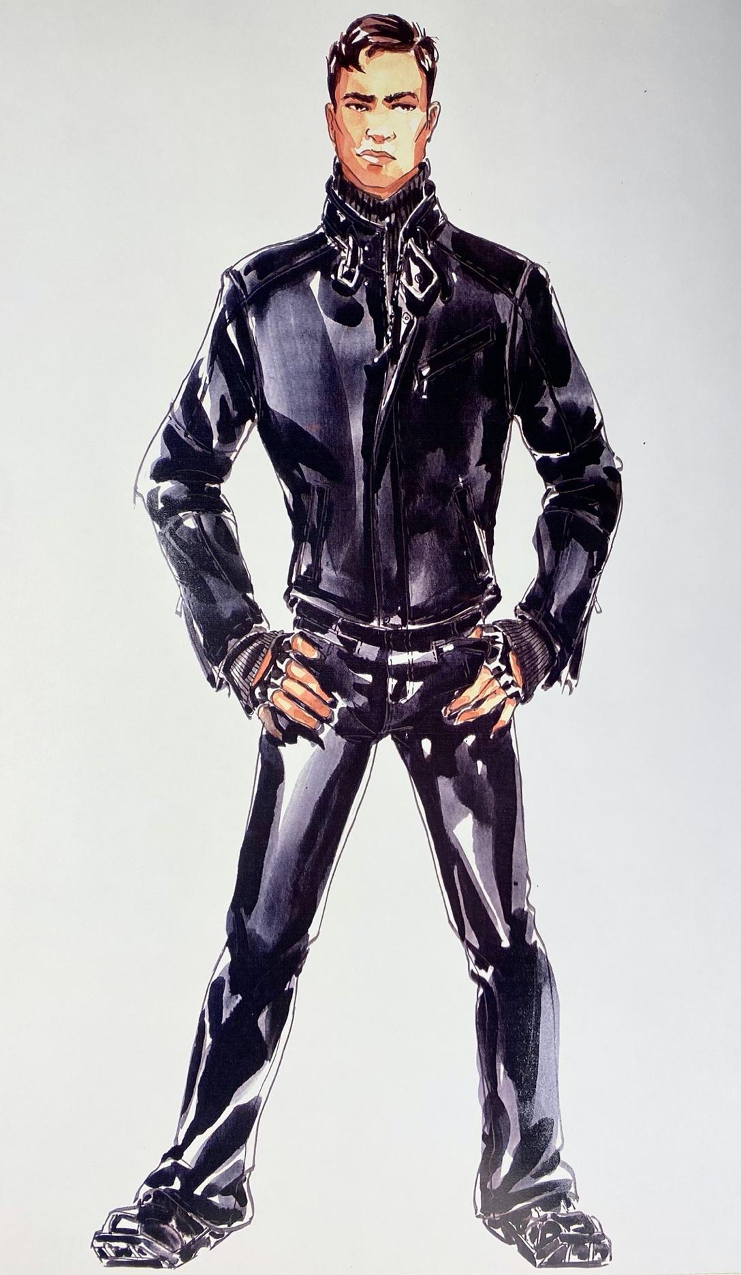 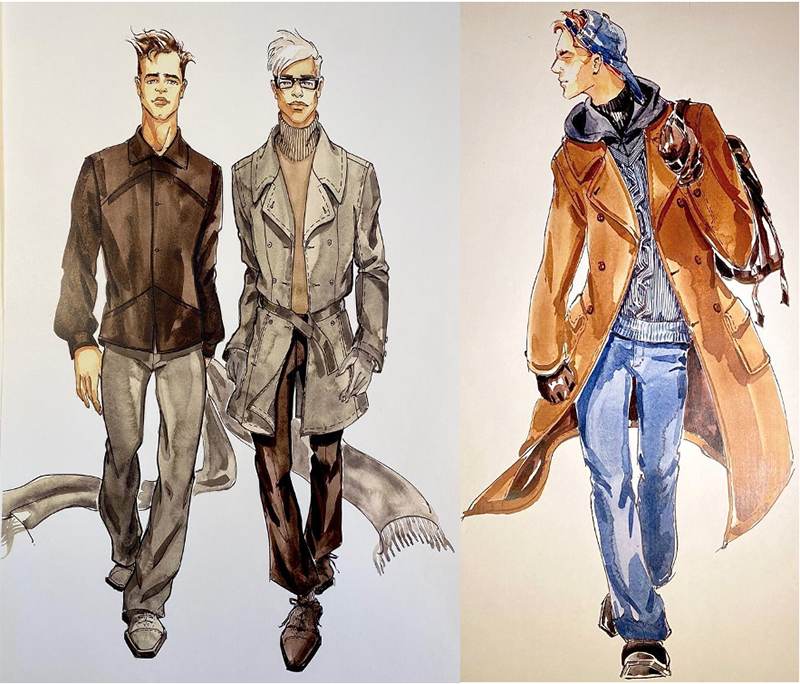 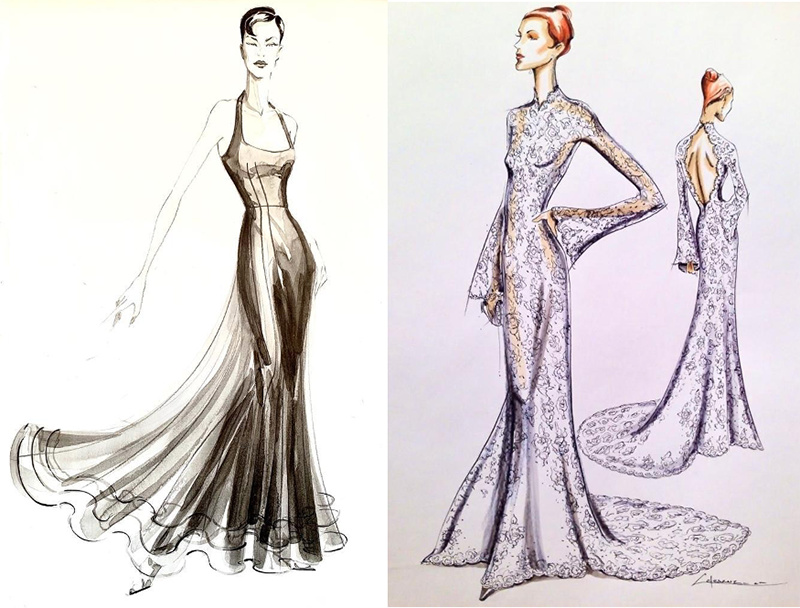 Francesca: What advice do you have for aspiring fashion illustrators?

Roberto: The advice I offer my students and young designer/illustrators I mentor, is that fashion illustration is a language, and to become fluent in this language requires training.  You need to train not only your hand, but also your eye and your mind. Refining your hand, line, technical skill takes practice, and as an illustrator you will be expected to render any fabric and to capture its unique properties. Each fabric embodies its own particular movement, qualities and character, whether it’s stiff like silk taffeta, or liquid, like silk charmeuse. In the beginning it is helpful to practice by imitating the work of other illustrators or artists that inspire you. Which is why I believe it is essential to simultaneously train your eye by familiarizing yourself with a wide range of artists, designers and illustrators, to know and be inspired by what has been done, as well as to be on the pulse of what is being done in the field right now. Knowledge of the history of fashion and aesthetic developments in the world of art trains your mind and prepares you to develop a unique and refined personal style. 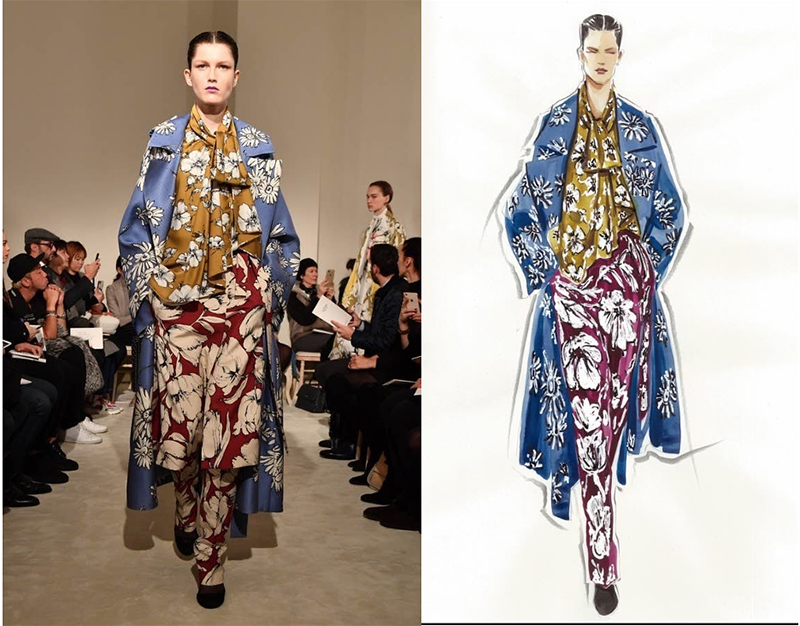 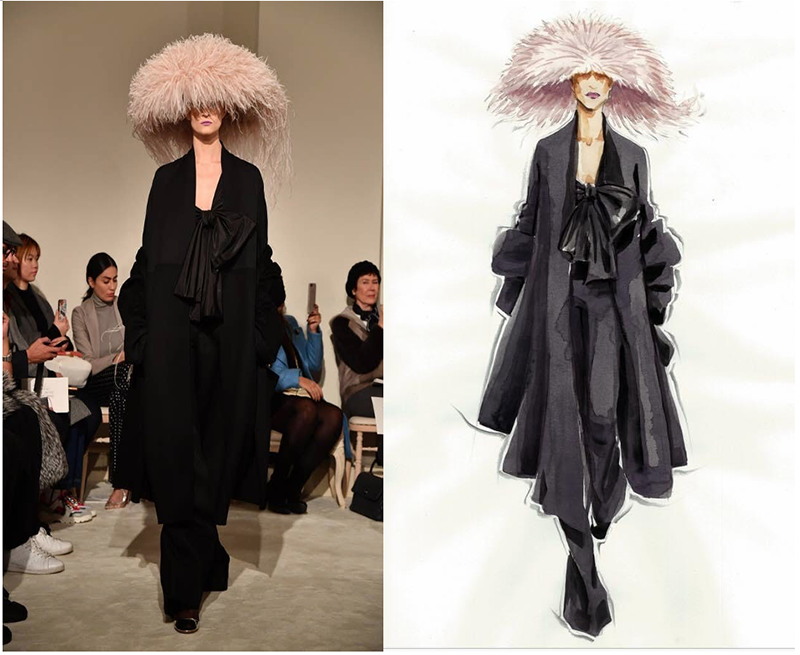 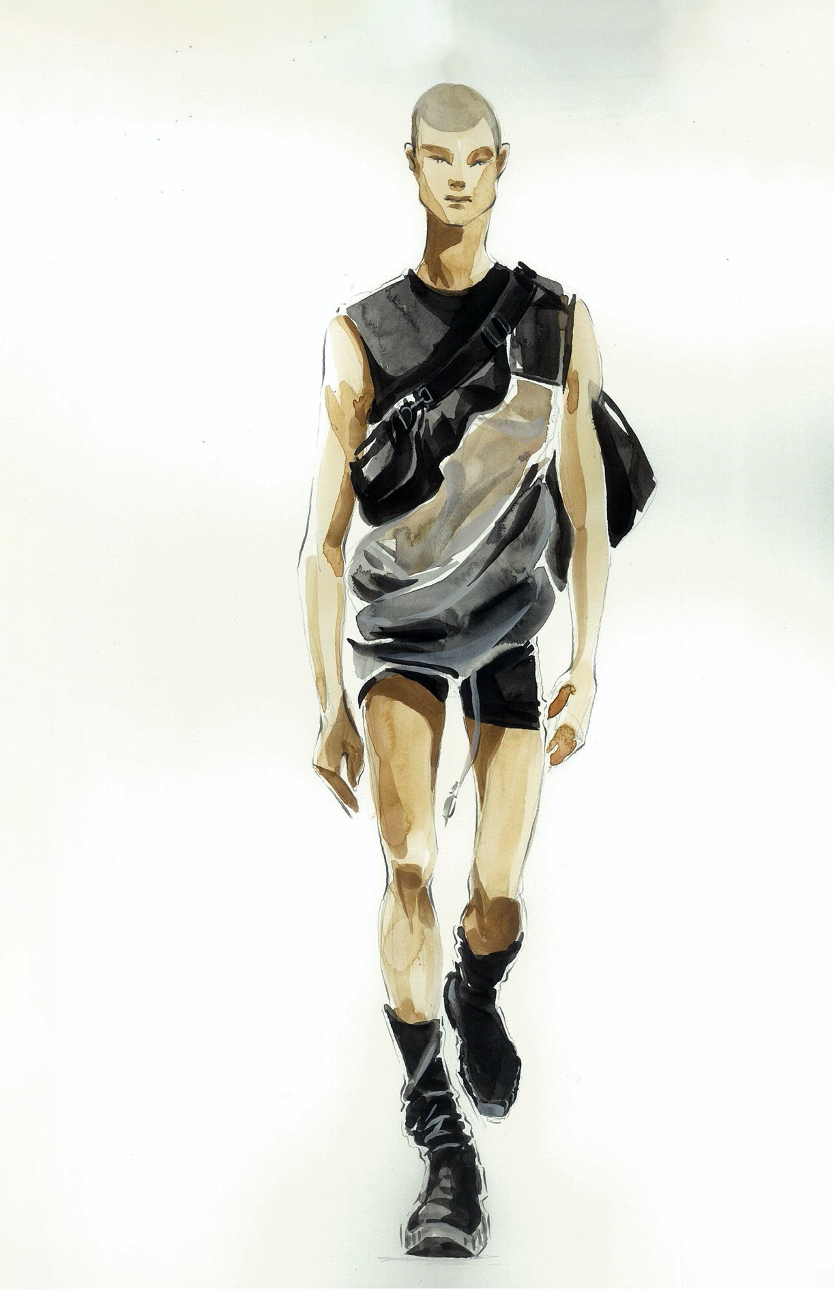 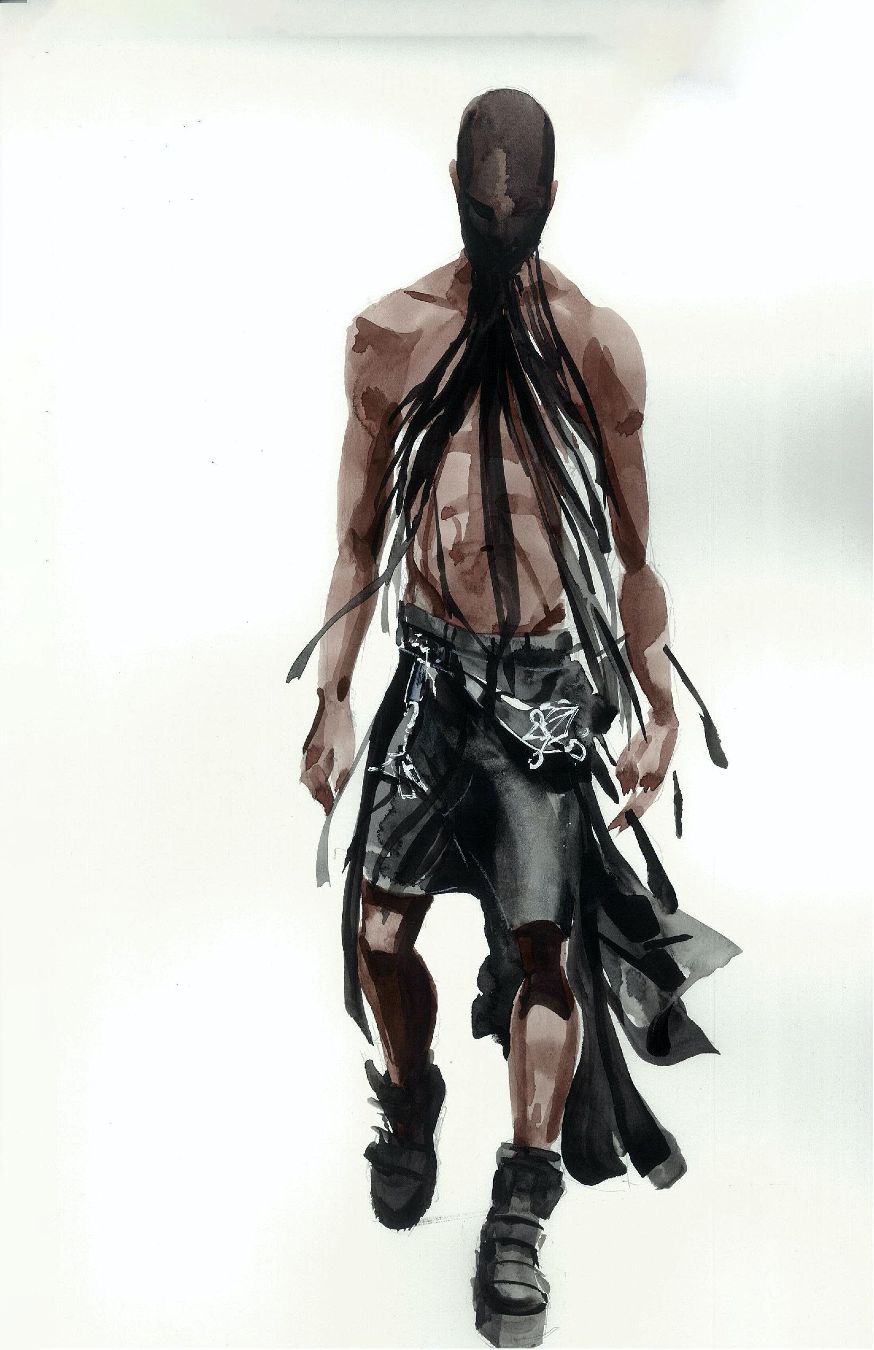 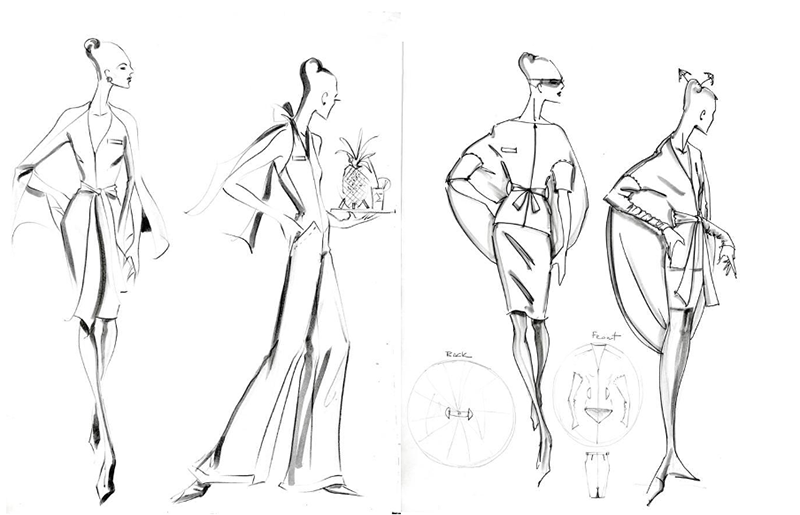 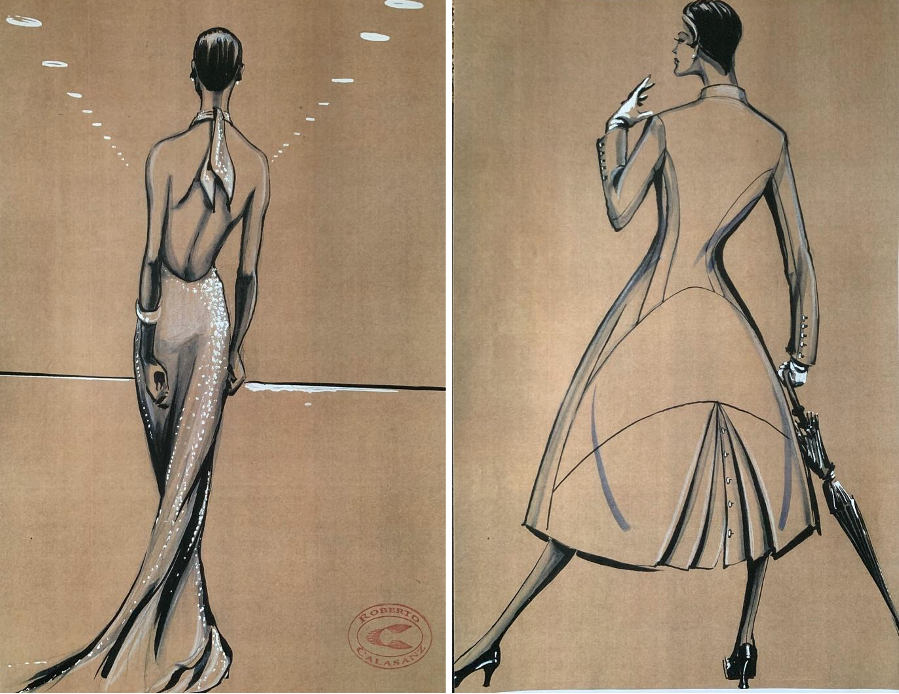 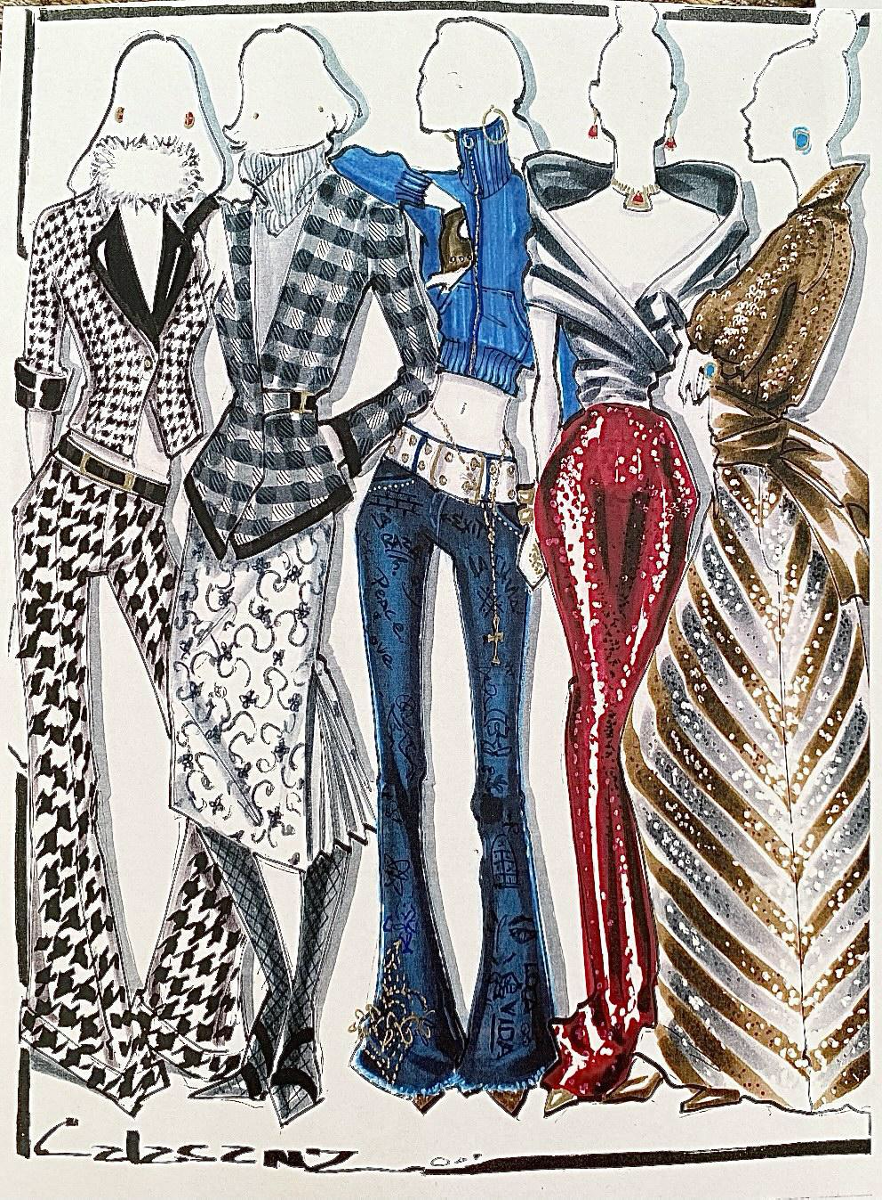 If you’ve been keeping up with the U of F blog, you’ll know that the Gen Zers on your holiday lists crave experiences. And when it comes to gift giving in 2018 (and beyond), the University of Fashion has experiences galore for the fashionistas in your life, no matter their age. In fact, we have unique gifts that will inspire year-round learning and making for the fashion lovers you know. END_OF_DOCUMENT_TOKEN_TO_BE_REPLACED