Escape the bone-chilling temps and the uneasy political climate in the U.S. for a ten day sunny stay in Australia? Count. Me. In. 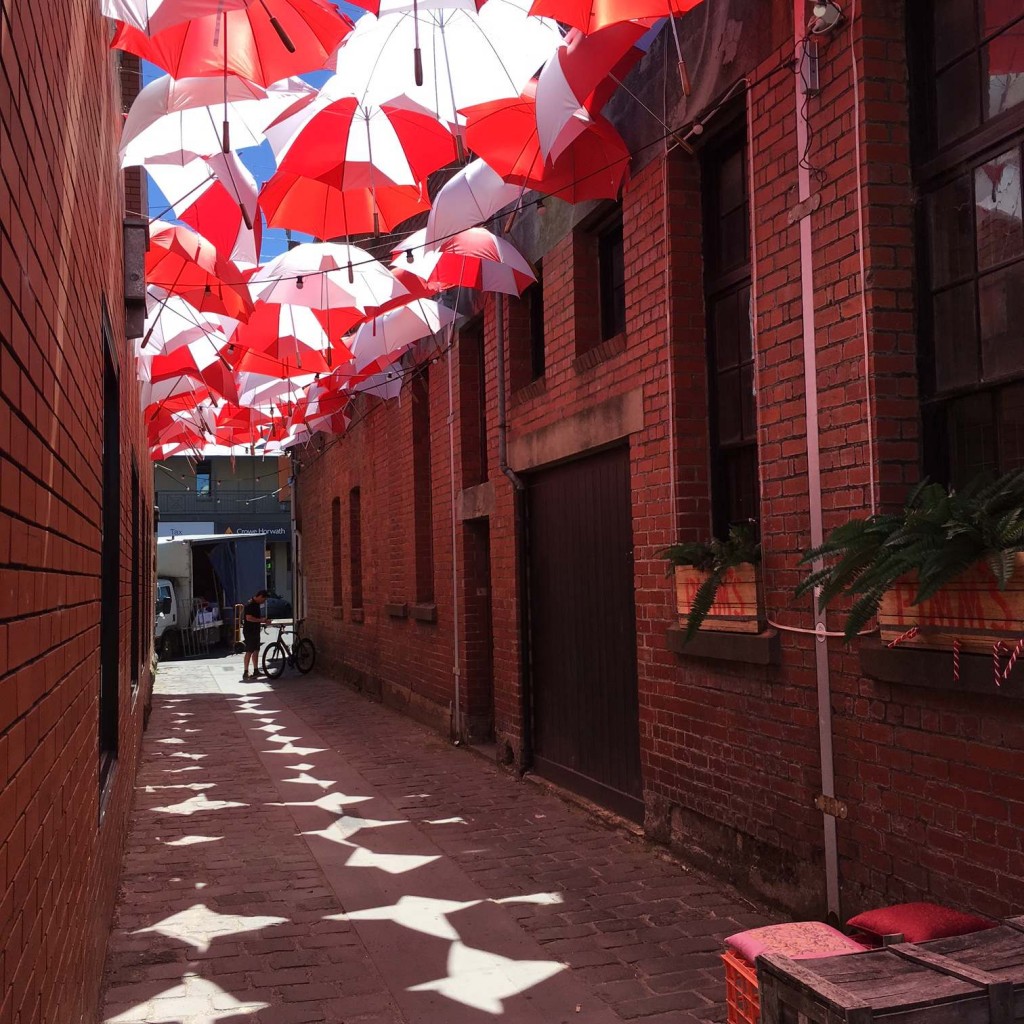 Although it took me a bit to wrap my head around the time difference (subtract 7ish hours from the current time in the states, go back one day and you have a successful switch to Australian time), Sydney and Melbourne have always been on my list of cities to experience. What I found in the land down under was an eclectic design culture where local designers are thriving. I visited outdoor markets and perused laneways and arcades (gorgeous hidden strips of shops, each with their own personality and vibe) and marveled at the ease with which local artisans described doing business in Australia. What I did not find in terms of fashion was a signature Australian style – unless of course I count the easy, colorful beachwear and bikinis necessary for time spent on Australia’s beautiful beaches.

I started my stay in Sydney where I quickly got the impression Sydney is to Manhattan as Melbourne may be to Brooklyn? Much like Manhattan’s Empire State Building, there’s no mistaking the Sydney Opera House skyline silhouette. I took the opportunity to see the opera house up close and was surprised by the textile inspiration I found in the tiled patterns that simply cannot be conveyed from far away. As for shopping, Sydney is home to all of the usual suspects in terms of Topshop, Uniqlo and H&M in addition to luxury designer boutiques. However, I was on the hunt for the local scene. 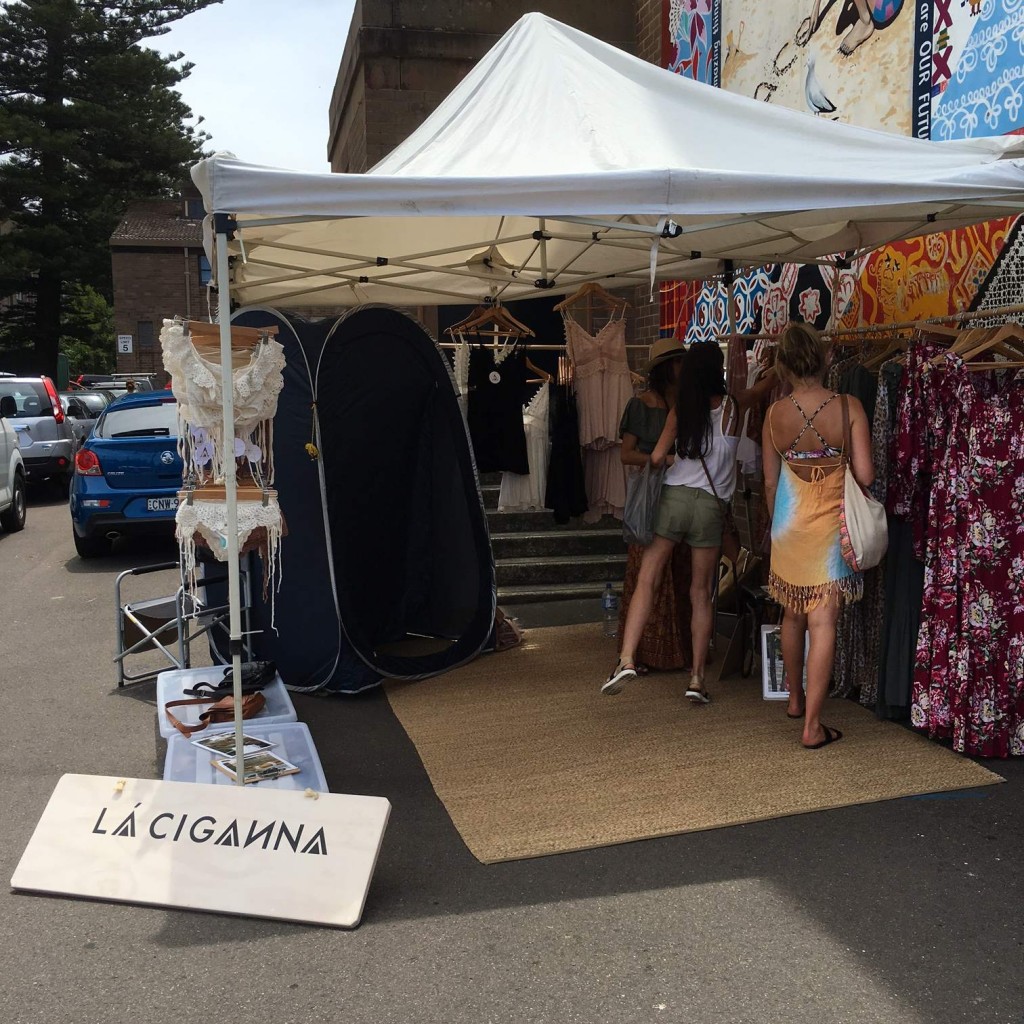 Convinced that I would discover a signature Australian design aesthetic, I headed to one of the Paddington Markets as well as Bondi Market located just off the beautiful Bondi Beach. In addition to the many sections of beachwear and jewelry, I was surprised to find influences from the world over – particularly Scandinavia and Japan. In talking with vendors, it seemed local production was very manageable and that taking one’s business from local markets to an independent boutique was not an uncommon route for designers. Yoshi Jones is an Australian designer that encompasses all that I observed. A well-known Sydney designer, she is heavily influenced by Japanese design and fabrics and has made her way from the Paddington and Bondi markets to an independent boutique.

For me, the fresh flowers, the colorful hand printed souvenirs and gorgeous food were standouts in Sydney. Edible flowers seemed to accompany every dish, and if ever I were to find design inspiration in food, Sydney and Melbourne would be front runners in terms of places to visit. Speaking of Melbourne, my initial analogy proved to be true. Just as Brooklyn is packed with emerging artists and creative inspiration, Melbourne boasts a similar feel. A visit to the suburb of Fitzroy will have you roaming in and out of shops for days. 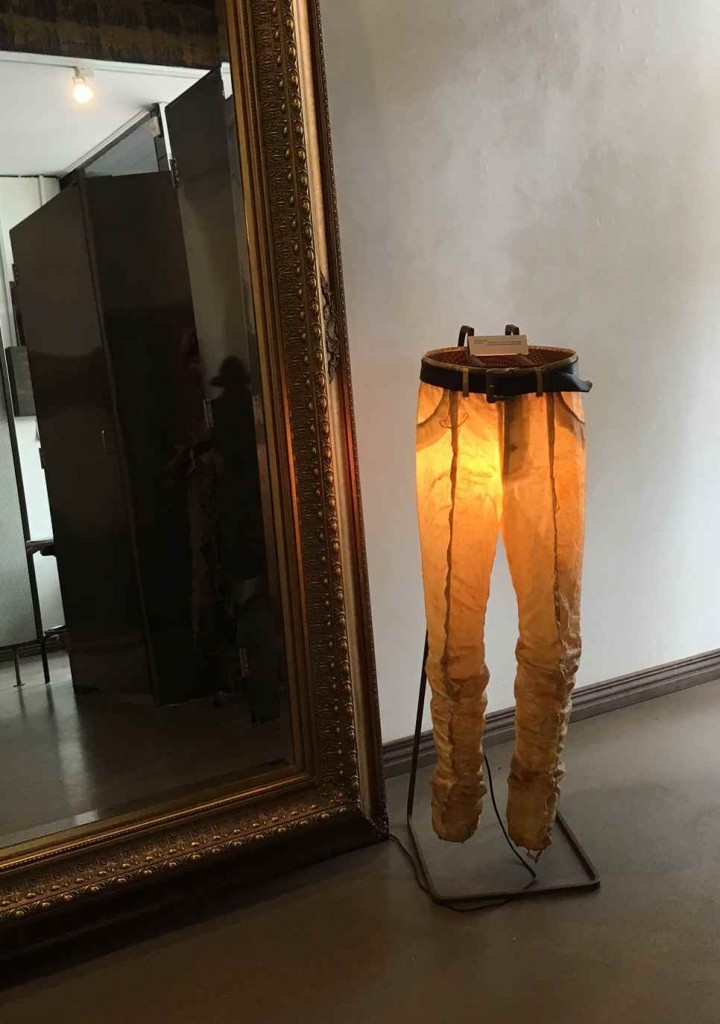 Again, no aesthetic specific to Melbourne or even Australia, but you will find a wealth of locally made goods influenced by worldwide design. One of my favorite shops was ESS. Laboratory – started by a Japanese designer who now makes Melbourne her home, studio and place of production. 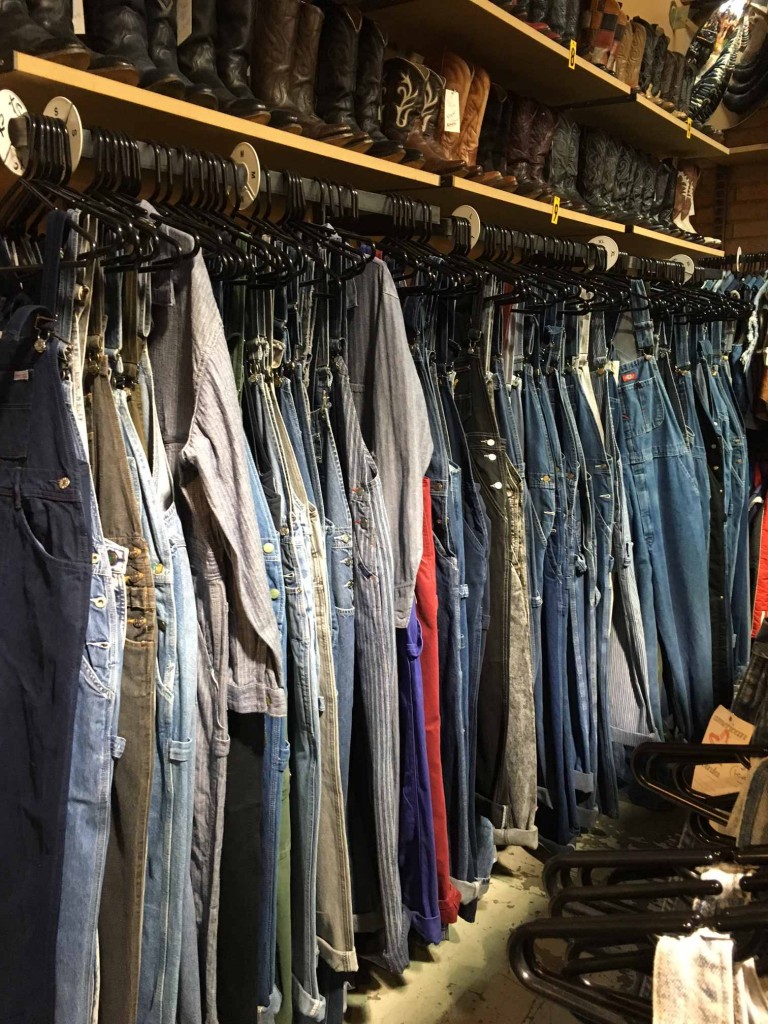 Another shock to my retail system was the amount of vintage I found in Melbourne. Take a look at the WALL of overalls I found at aptly named American Vintage Clothing Company on Brunswick Street in Fitzroy. This hidden goldmine was packed wall to wall with denim and classic Americana staples from American flags to Future Farmers of America jackets from each of the Midwestern states.

As a blogger for the University of Fashion, I understand you are looking for fashion-related tips (and field trips), however, I have to mention once again Australian food and drink – the coffee was the best I’ve sipped and just take a look at this Vegemite avocado toast, complete with edible flowers from Fika.

This slice of heaven was located an hour train ride outside of Melbourne in Ballarat. Should you make the long trek to Melbourne, tack a quick trip on to Ballarat for not only the food and coffee at Fika, but the stylie baristas who will serve you. Questions/comments about the land down under? Feel free to leave them in the the comments below. Cheers, mate! 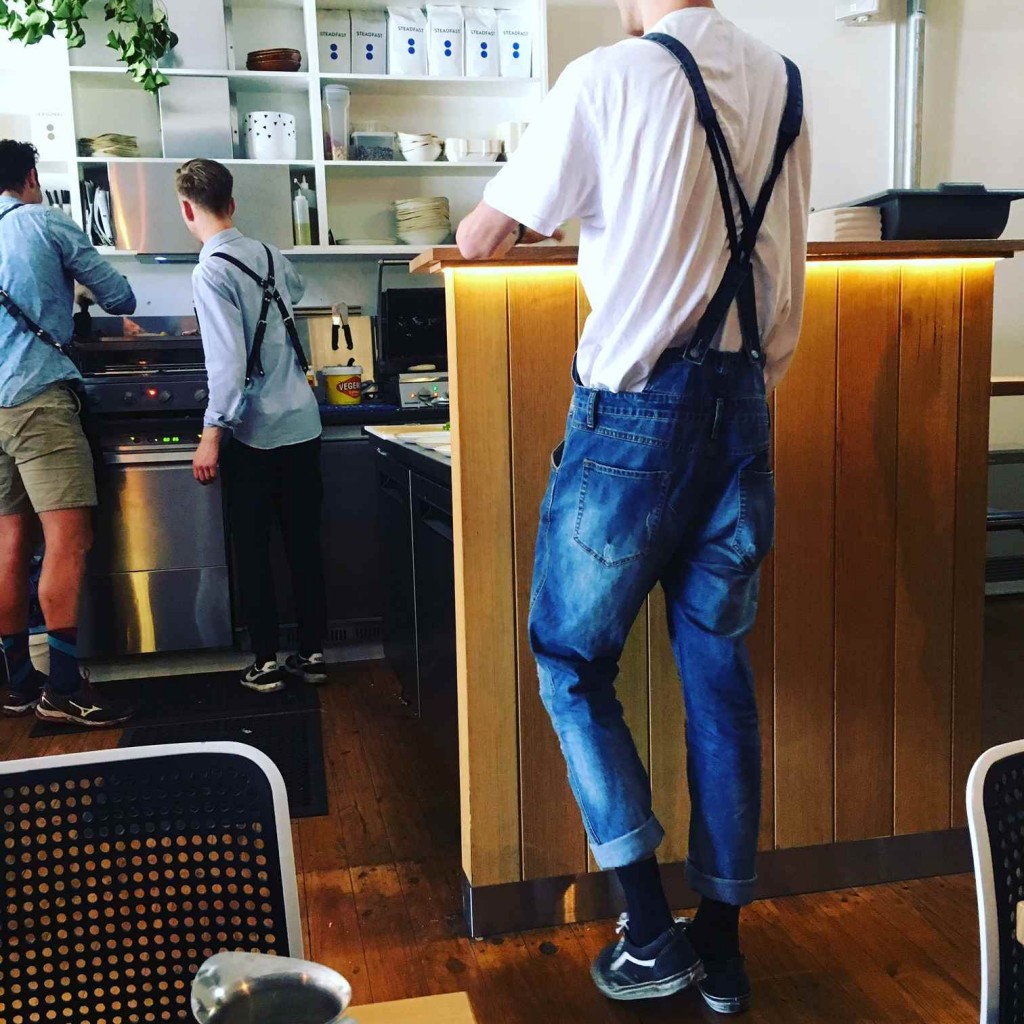 X marks the spot at Fika