American fashion’s second ‘biggest’ night took place on Monday, Nov. 7, 2022 (the first being the MET Gala), when the Council of Fashion Designers of America (CFDA), in partnership with Amazon Fashion, held its 2022 Fashion Awards extravaganza at Cipriani South Street in New York City.  An orange-haired and comical Natasha Lyonne, the evening’s host, was joined by designers Gabriela Hearst, Joseph Altuzarra, Aurora James and Proenza Schouler’s Lazaro Hernandez and Jack McCollough. What was so special about the 2022 CFDA awards was it marked the CFDA’s 60th anniversary. 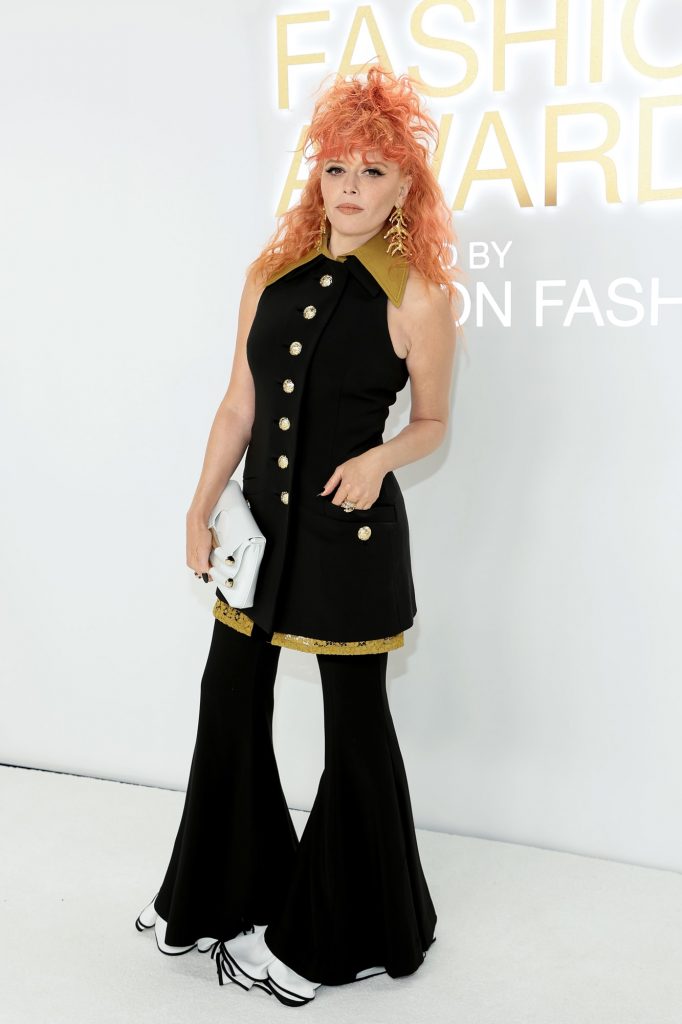 If you are a true blue follower of all things fashion, like us, then you were most likely streaming the show real time. But you just have to wonder whether there is a course on how to pose on the Red Carpet. Don’t know about you, but we had endless fun watching as each of the designers and celebs lined up in cue against the CFDA backdrop, and to quote Madonna, “struck a pose”.

As usual, this year CFDA Fashion Award honorees were chosen in advance of the show but the award winners were announced at the awards ceremony. Winners were voted on ahead of time by the CFDA Awards Guild, which is comprised of CFDA members, leading fashion journalists, stylists, and top retail executives. 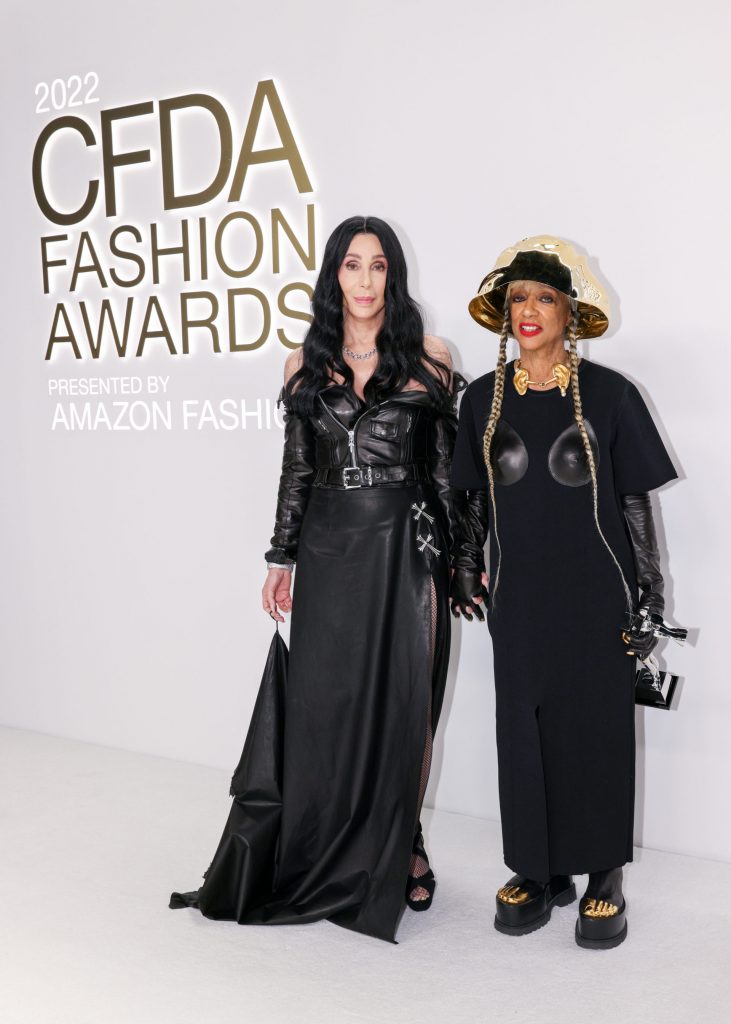 And of course, the event was filled with the most fashionable celebrities. Cher (can you believe she is 76?) opened the ceremony by presenting stylist Patti Wilson the Media Award in honor of Eugenia Sheppard. Later that night Cher presented another award alongside her goddaughter Jesse Jo Stark to give The Geoffrey Beene Lifetime Achievement Award to Laurie Lynn Stark and Richard Stark of Chrome Hearts; and of course, Cher rocked a Chrome Hearts look. A major addition to the CFDA awards is the “Stylist Award”. Those in the know, know that without stylists, a runway show or a photoshoot would be meh. Stylists work with designers, celebs  and photographers to put the “wow factor” into a designer’s designs or create a celebrity’s ‘look’. We can’t believe it took this long for the CFDA to recognize these change makers.

Stylist Law Roach received the inaugural Stylist Award from Kerry Washington. Roach gave one of the most memorable speeches of the night. The stylist extraordinaire shared that in 2016 Zendaya was invited by Michael Kors to attend the CFDA Awards at Hammerstein Ballroom. He watched the show from the kitchen. “I sat and watched from the kitchen with the waiters who served your food and drinks,” Roach said. “I said to myself that one day I’m going to be on that stage! I’m an example that anything and everything is possible.” The night was filled with plenty of additional highlights as well. Actor Bradley Cooper presented rock star Lenny Kravitz with the very fittingly Fashion Icon award. Meanwhile, American Businesswoman and television personality Martha Stewart presented the inaugural Innovation Award presented by Amazon Fashion to SKIMS, which was accepted by Kim Kardashian, Emma Grede, and Jens Grede. The entire Kardashian/Jenner crew (with the exception of Kourtney) attended the CFDA Awards and cheered Kim on for her big achievement. 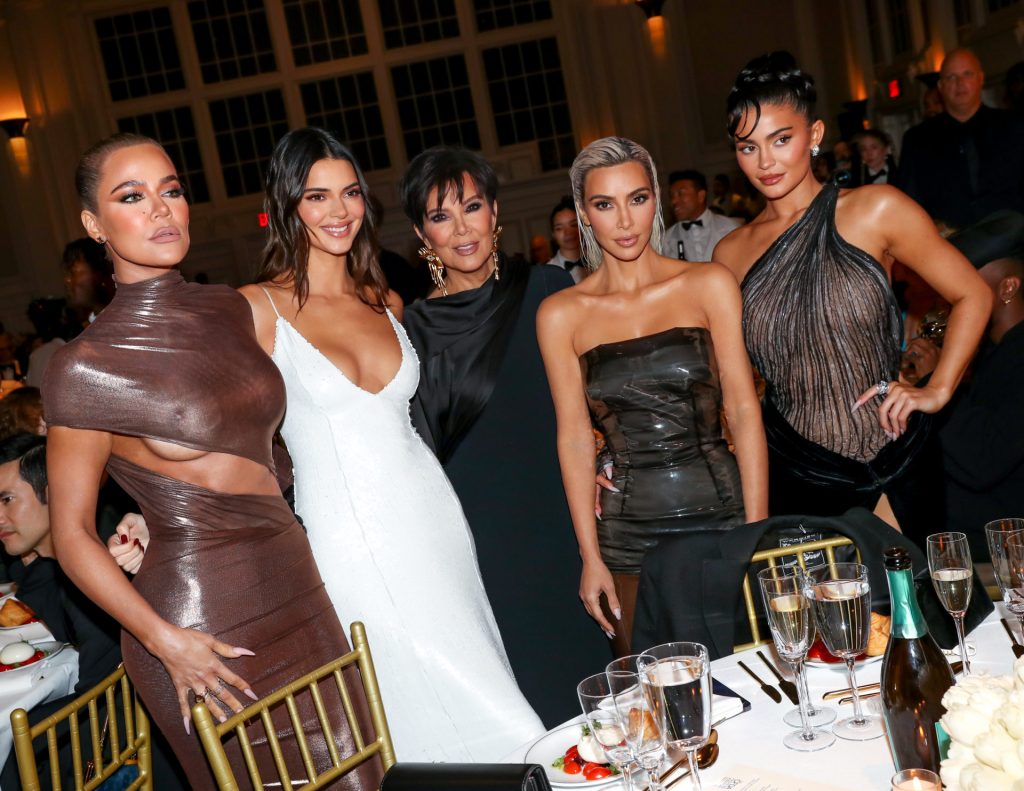 There were plenty of additional wins for the evening including Andrew Bolton receiving the The Founder’s Award in honor of Eleanor Lambert from non-other than Anna Wintour, Jeffrey Banks receiving the Special Anniversary Award from Stan Herman,  The United Nations receiving the Environmental Sustainability Award from Amber Valletta, and The House of Slay—aka Prabal Gurung, Laura Kim, Phillip Lim, Tina Leung, and Ezra William—receiving the Positive Social Influence Award from Eva Chen. During one of the a tearful moments of the night, Shannon Abloh accepted the posthumous Board of Trustee’s Award on behalf of her late husband, Virgil Abloh.

AND THE WINNERS ARE……

American Womenswear Designer of the Year: Catherine Holstein for Khaite

American Accessory Designer of the Year: Raul Lopez for Luar 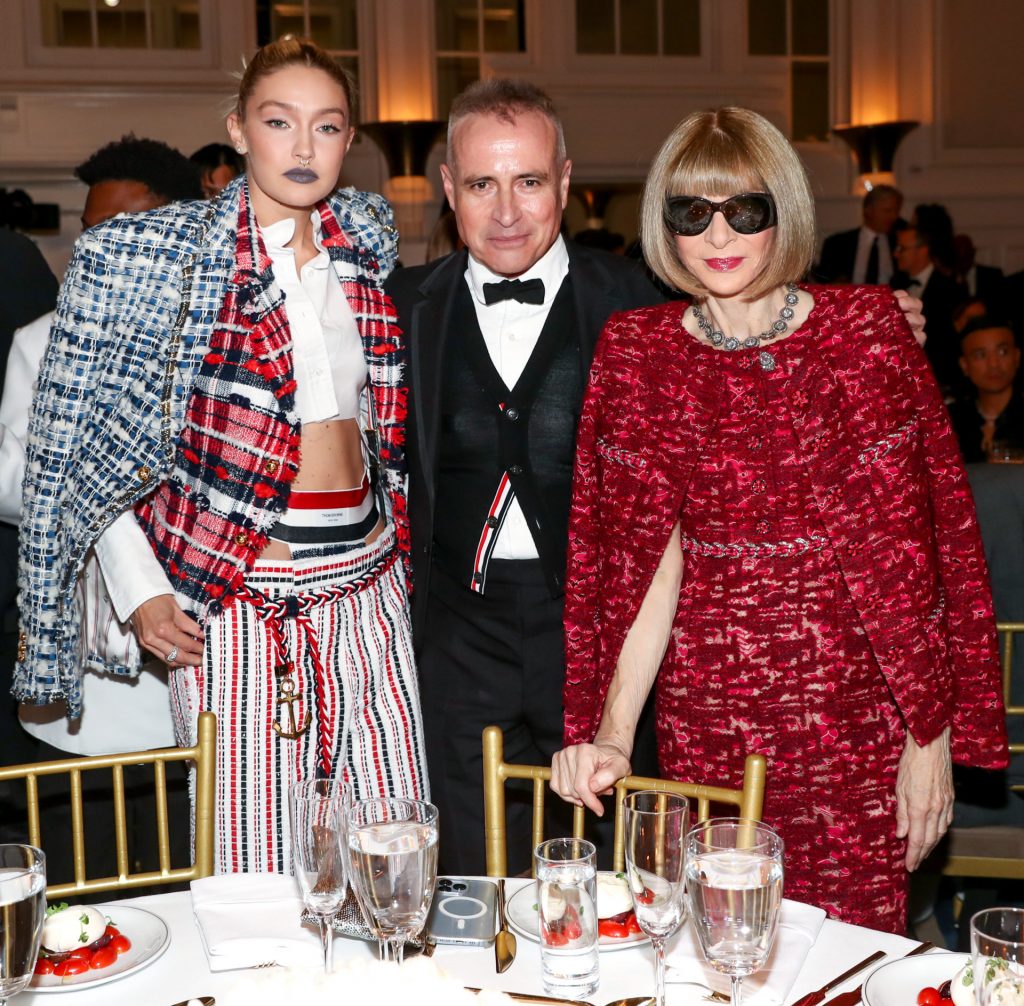 So tell us, do you have a fav designer? 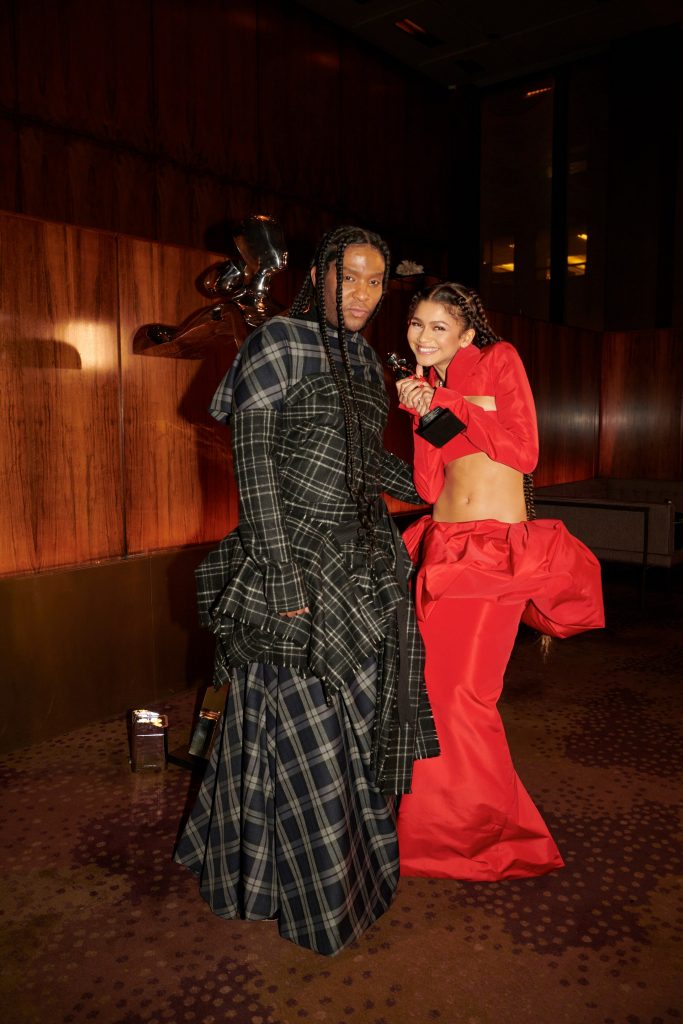 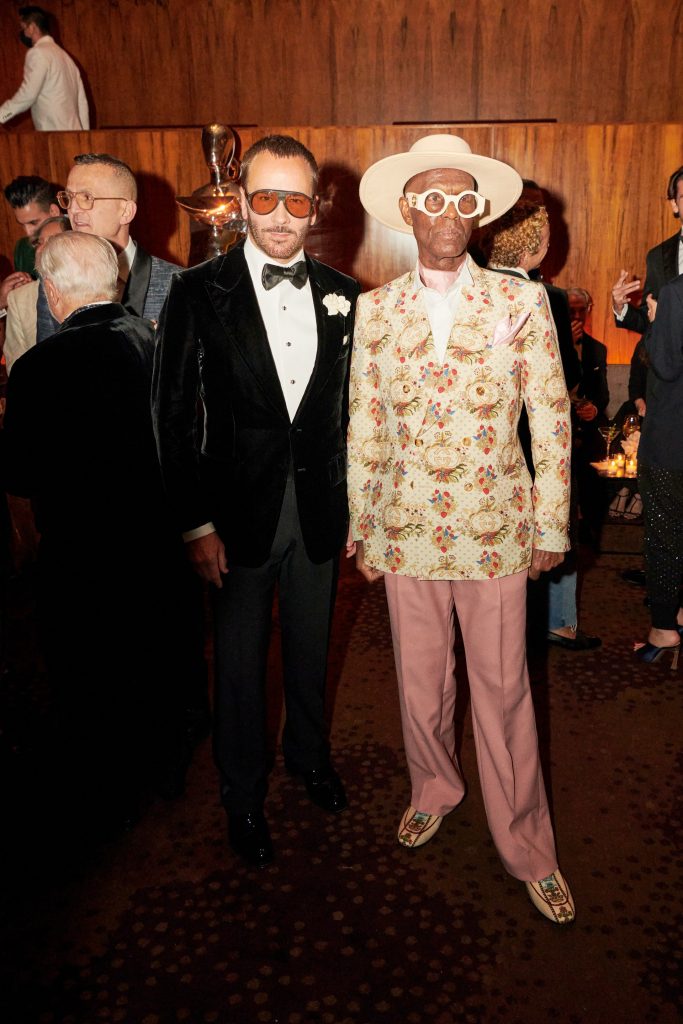 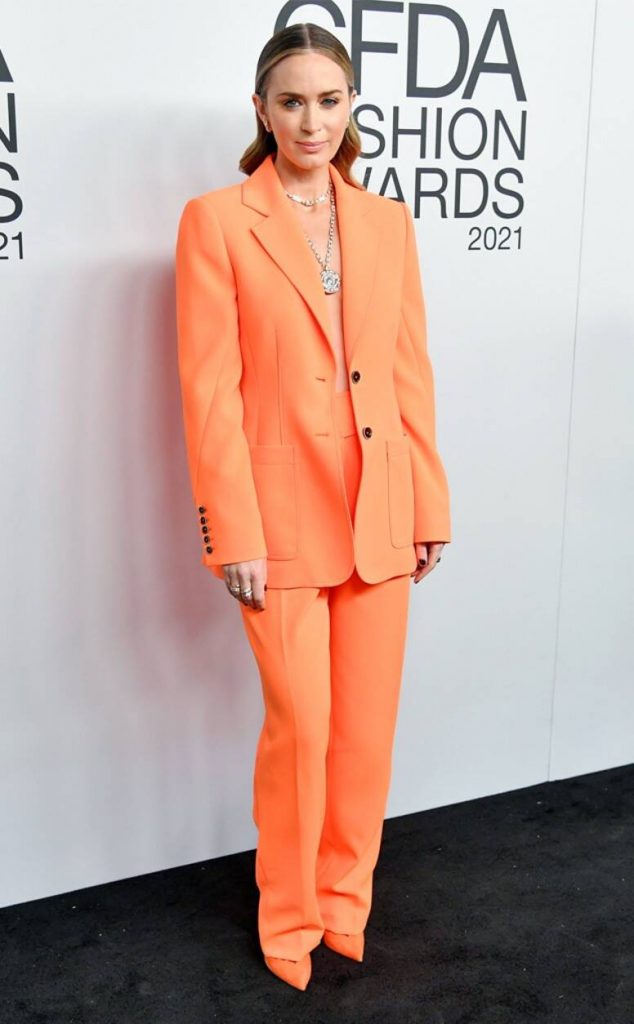 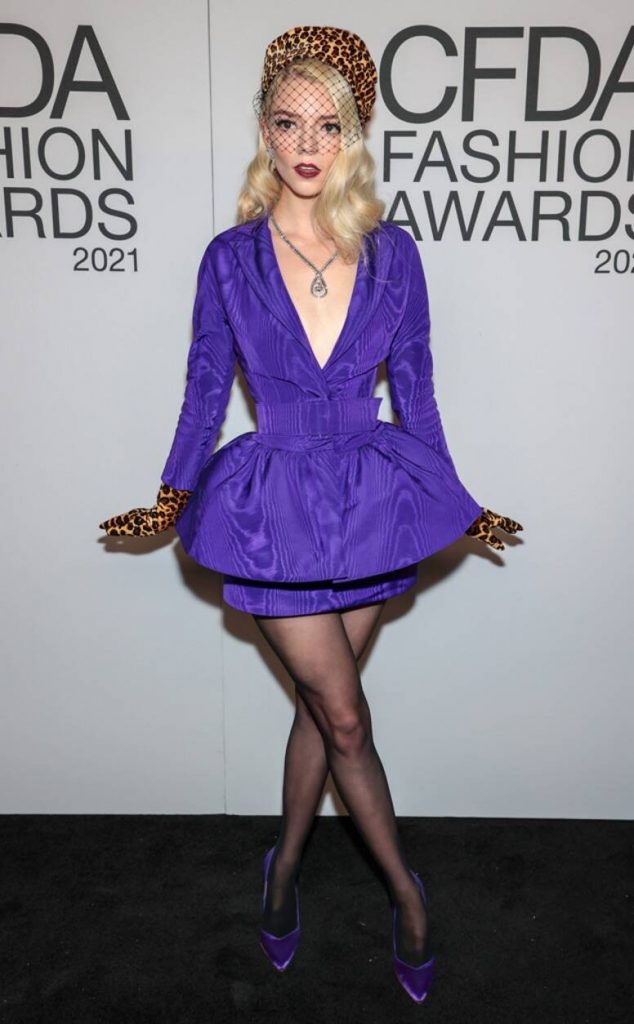 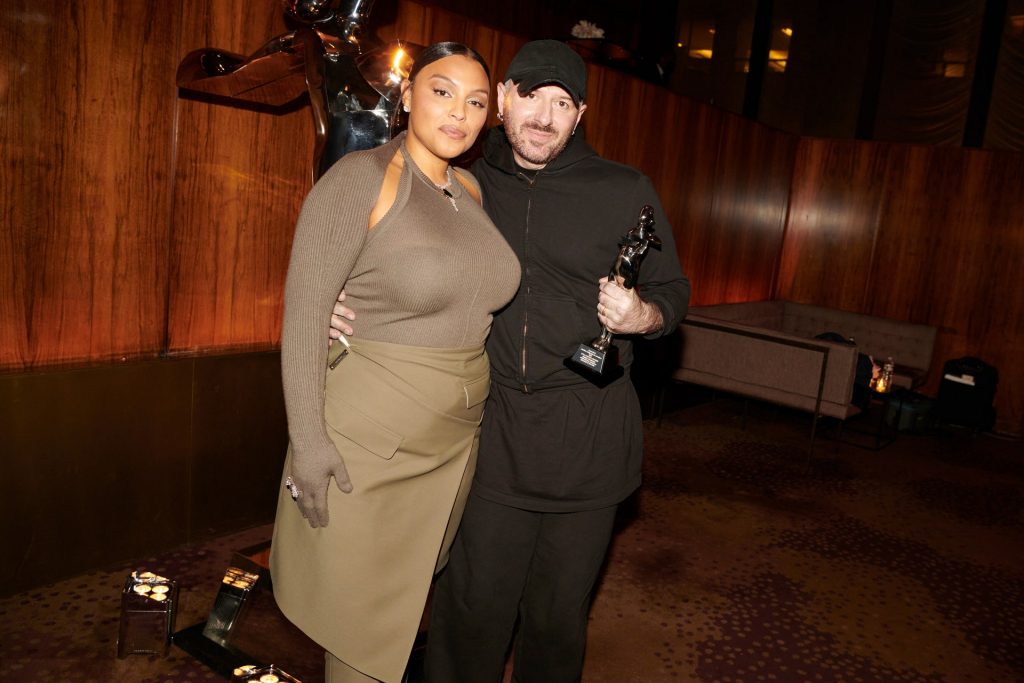 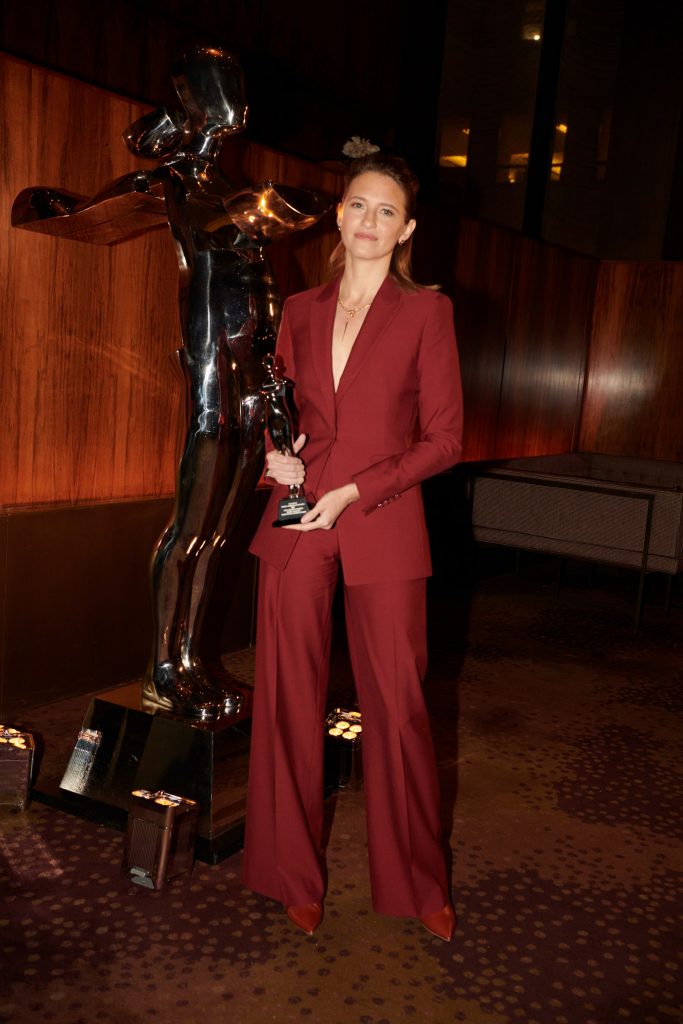 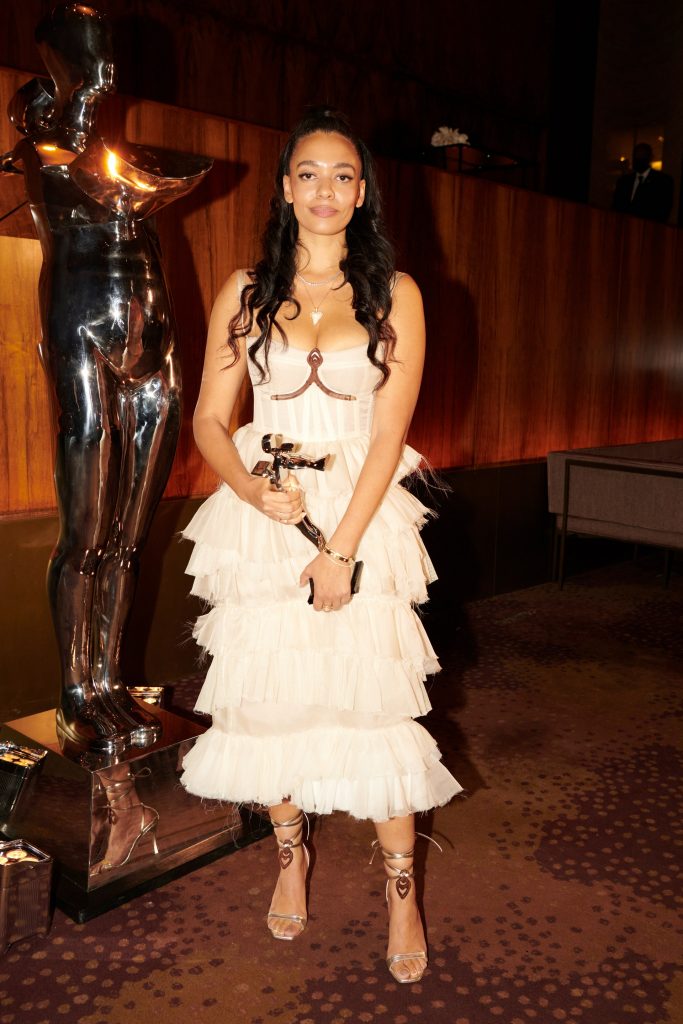 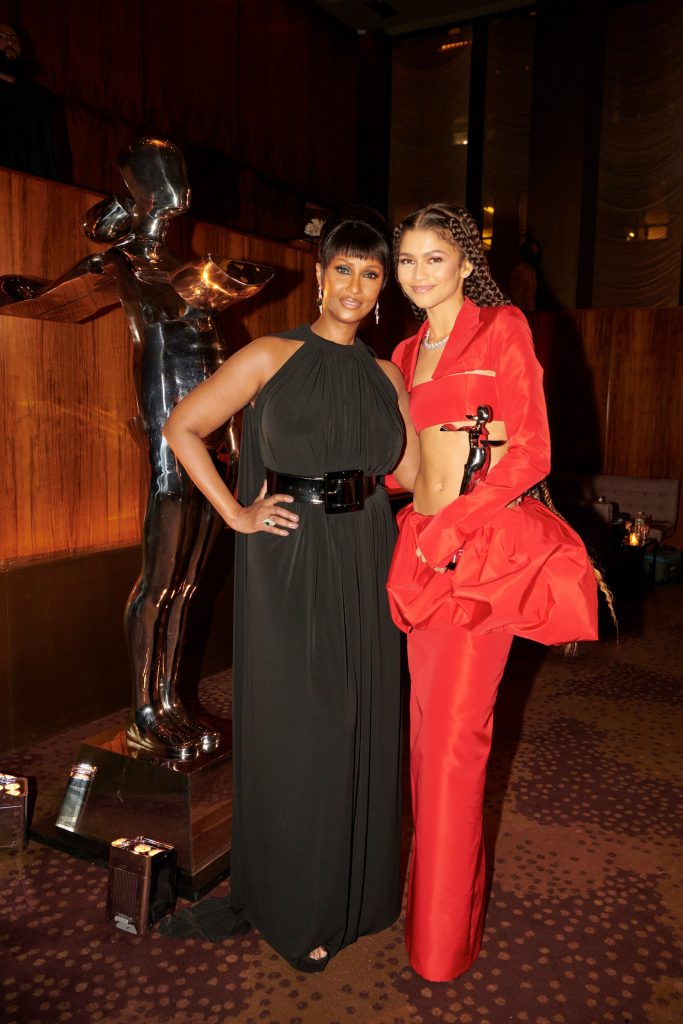 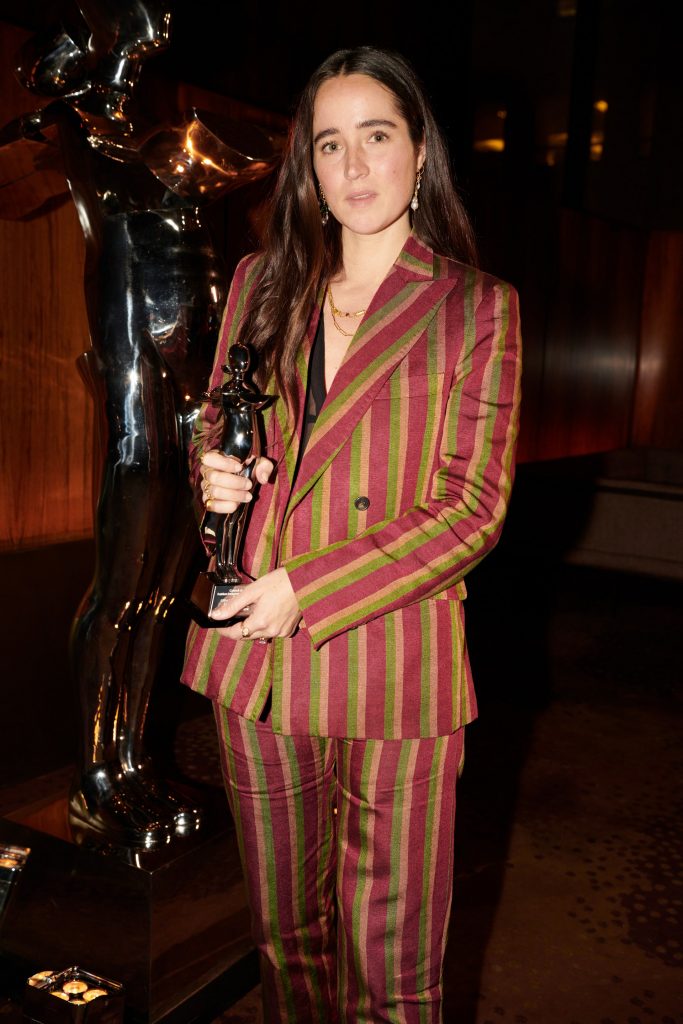 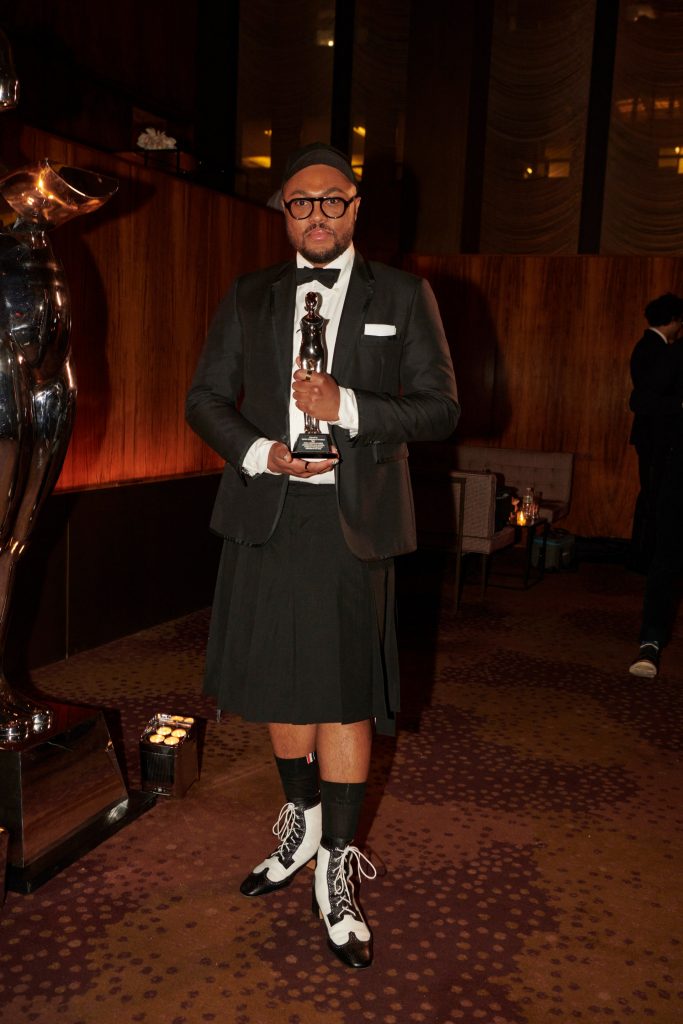 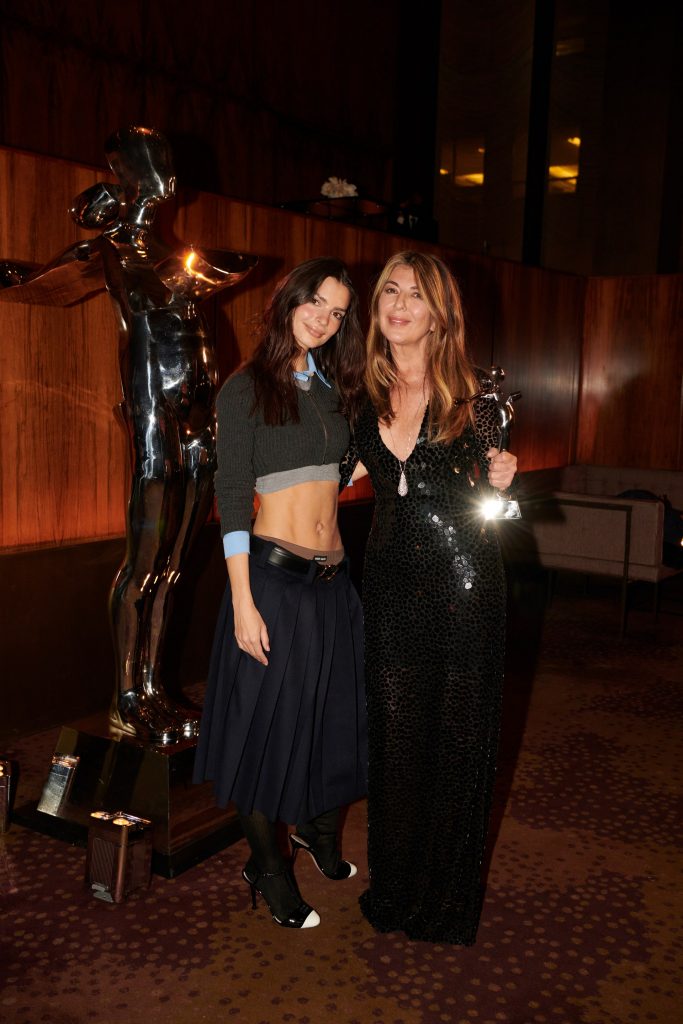 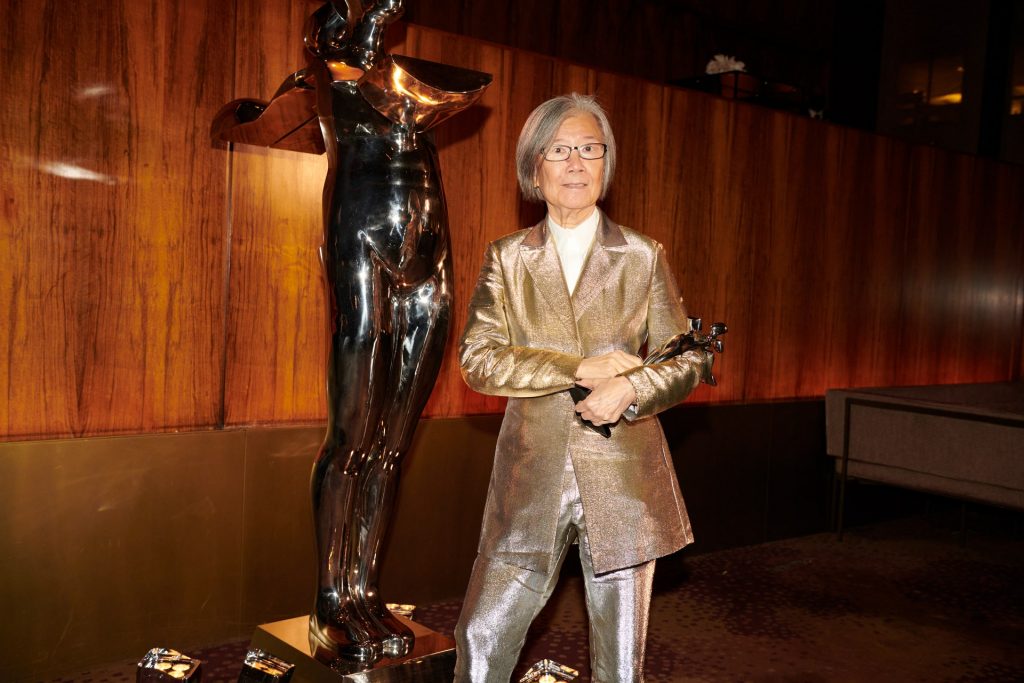