To The Red, White and Blue: The American Flag in Fashion 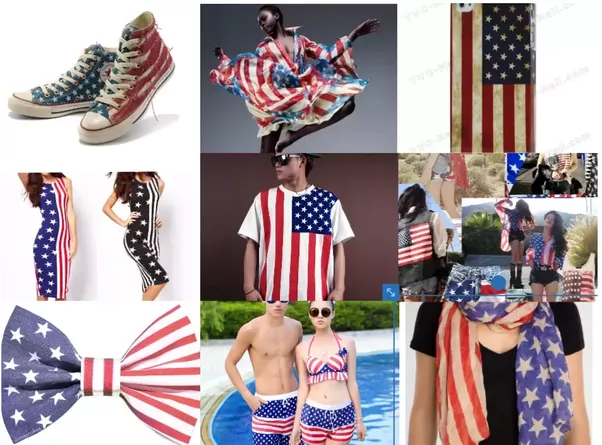 Happy Memorial Day! It’s the official kickoff weekend to the summer in the United States.  It’s time to hit the beach and enjoy some fun barbeque smoked food parties. With Independence Day right around the corner, what better way to show national pride than by wearing the iconic red, white and blue flag print.

The first official flag of the United States was introduced on June 14, 1777 and represented our founding 13 colonies with thirteen stripes in red and white and thirteen stars.  The American flag as we know it today has only been around since 1960 (July 4th, 1960, to be exact). It was introduced shortly after Hawaii became the nation’s fiftieth state, and in its long and tricolored history, there have been a grand total of 27 official, government approved versions: As states were added, so were the stars. What has remained consistent, the flags thirteen red and white alternating stripes—representing our original thirteen colonies. Citizens proudly hung their flags in front of their homes, schools and government buildings. They had great respect for their nation.

America was seen as the land of economic prosperity and enabling dreams – “The American Dream”.  This slogan was made popular through intense marketing. The goal was singular: to project America to be the best place in the world to be living in. And it paid off. America became an attractive destination for some of the world’s smartest immigrants and global investment.

Through the years, the American flag has become a fixture in the fashion world all across the United States and even overseas. The fashion world’s homages to the flag over the years have been a little more abstract. It’s most definitely a popular motif, but the banner’s many variations run the gamut from straight-up remodeled – case in point, Givenchy’s spring 2014 men’s tech-y colored jumpers – to Catherine Malandrino’s gauzy iconic flag dress  (which featured heavily in FIT’s 2009 “Fashion & Politics” exhibition). 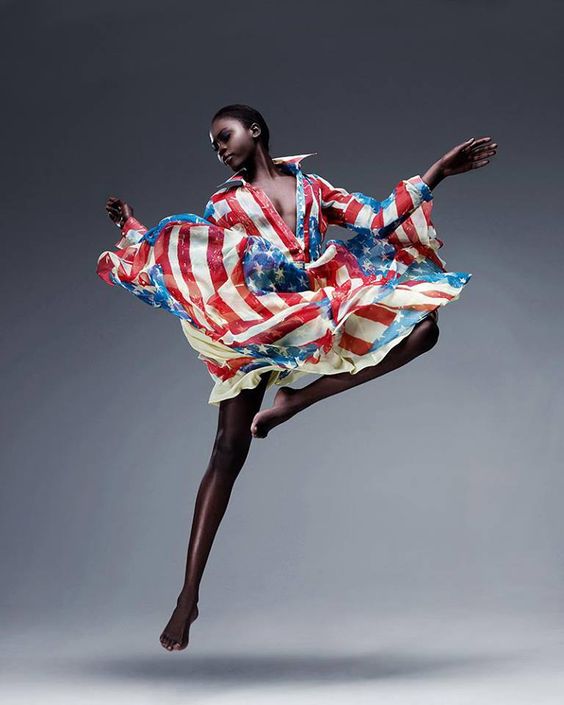 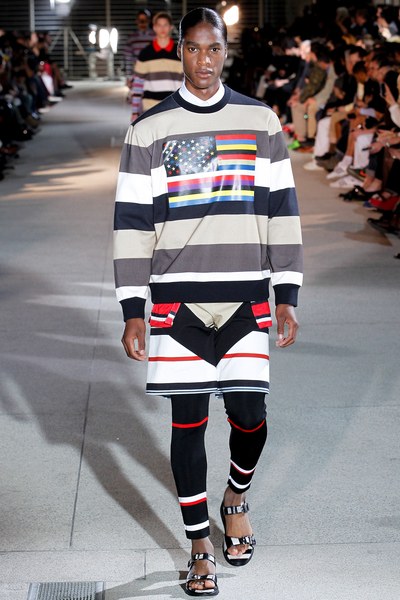 Most often it’s a bankable subject – look at Ralph Lauren. The designer has been printing the American Flag image on many variations on his t-shirts for years. You cannot attend a 4th of July party without someone in the crowd wearing a Ralph Lauren iconic flag tee (they can be found in his men’s, woman’s and children’s collections). Tommy Hilfiger is another sportswear giant who incorporated the iconic American symbol as a logo for his collection. 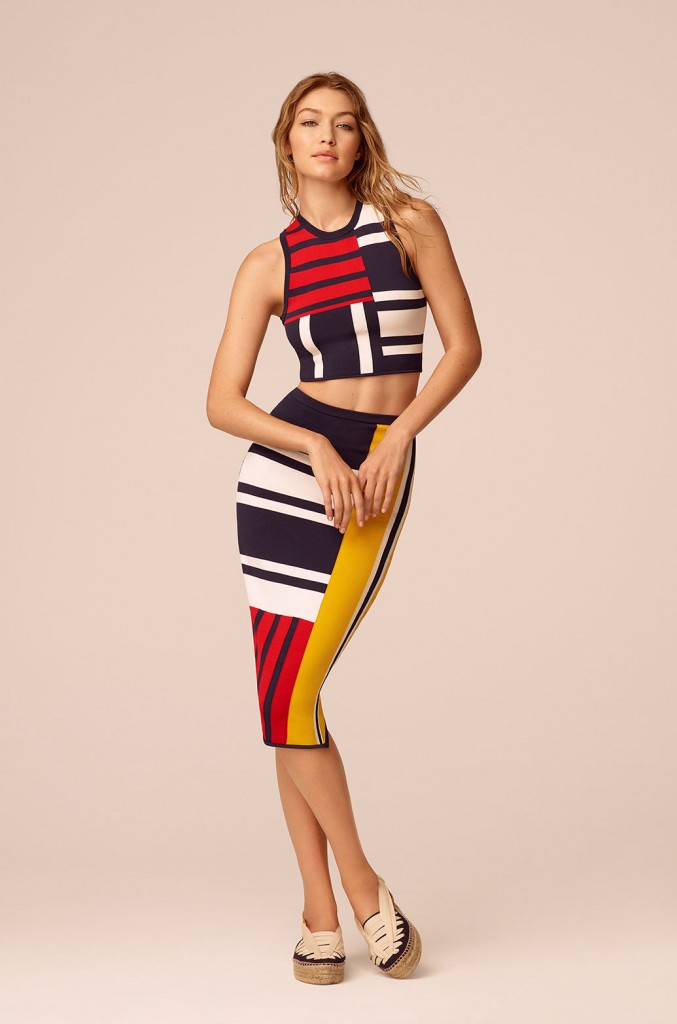 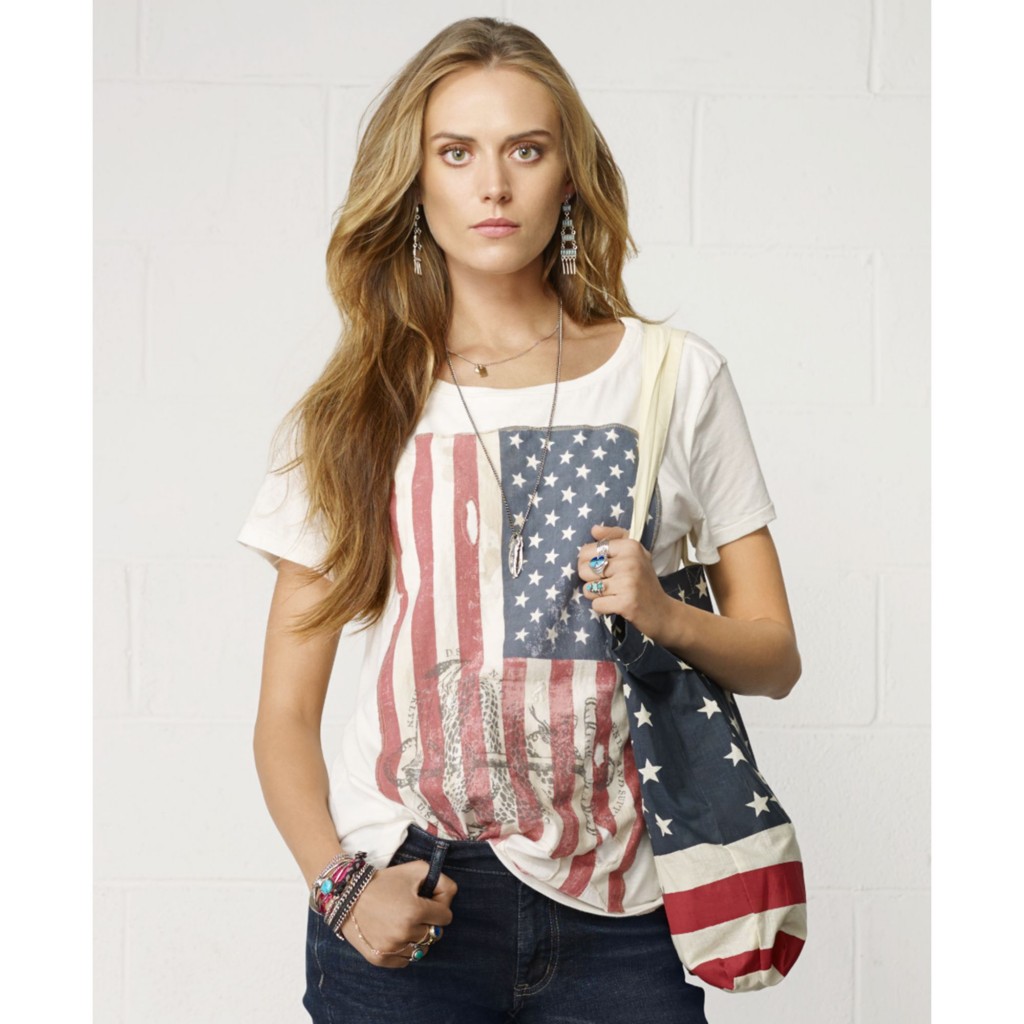 On the runway, Thom Browne has become famous for his signature red, white, and-blue grosgrain trims, let alone his unconventional runway collections that, somehow, blend country-strong iconoclasm with theatricality and excitement. Meanwhile, Chanel’s pre-fall 2014 rodeo in Dallas extravaganza, Karl Lagerfeld embraced the motto “Everything is bigger in Texas.” The show was a barn-burner of a star-spangled spectacle in all its glory. 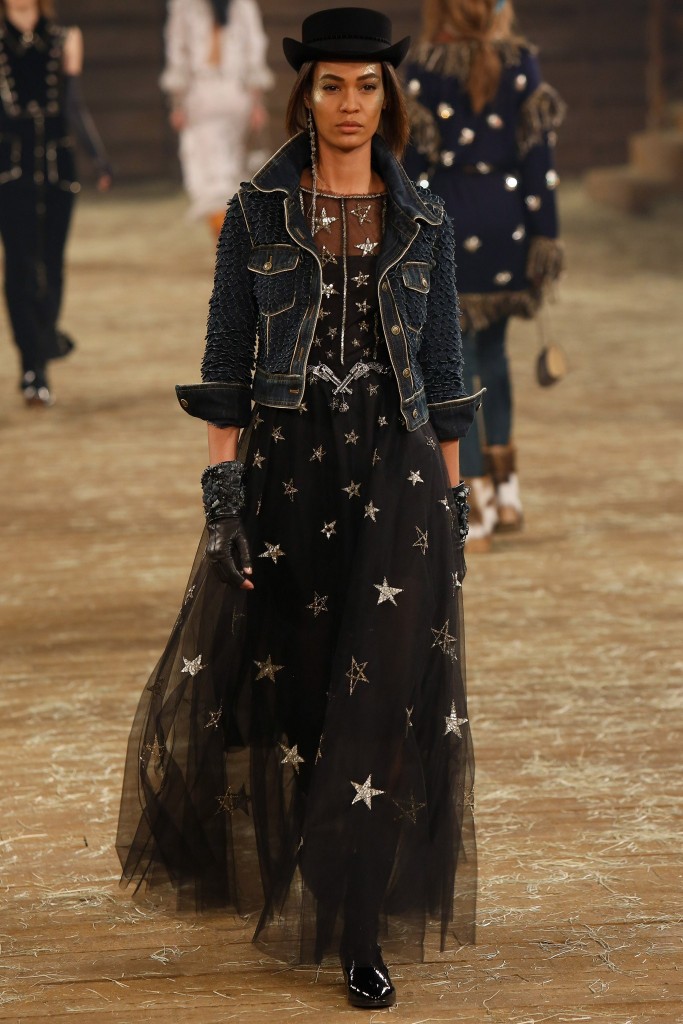 So in honor of Memorial Day, Independence Day and the start to summer, wear your Flag motif proudly. No matter what your political party is, we should all be patriots. 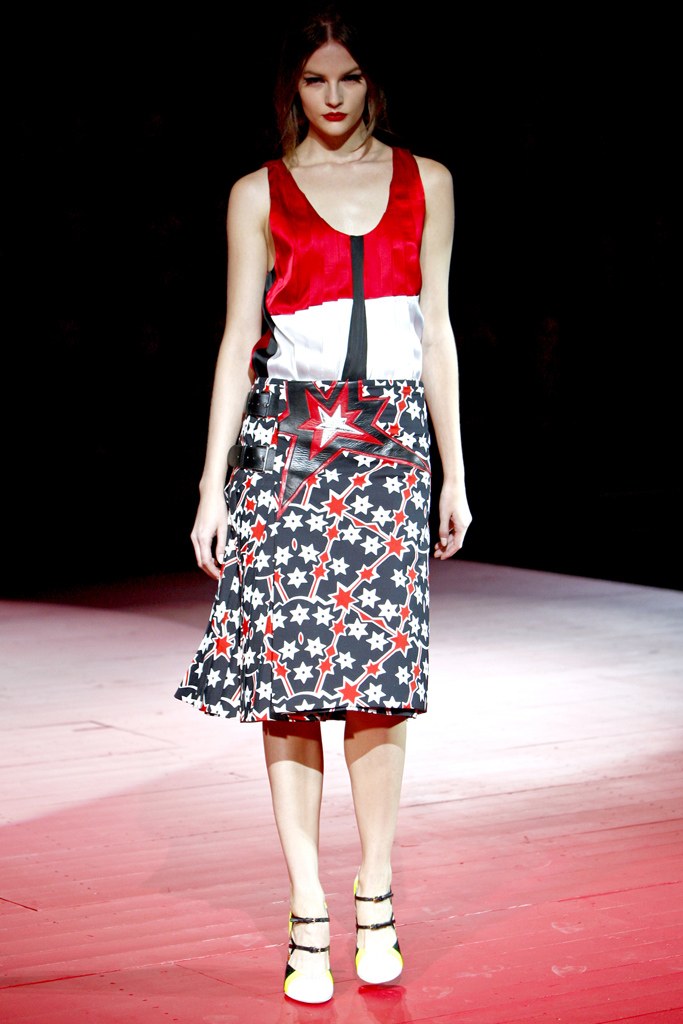