We are in the thick of F/W 2019 runway shows and presentations across the globe. From New York to London and Paris to Milan, each new season brings attention to emerging designers, established houses and a host of hot topics in fashion. Every once in a while, those of us who have seen season after season of fashion, begin to sense a shift. Now is one of those times.

What’s interesting is that the shift that we are currently experiencing has very little to do with hemlines or color trends. The current shift isn’t about diversity on the runways (it’s there—and it’s gorgeous! Vivienne Westwood, anyone?). And designer inspirations (well, with the exception of Queen Westwood) aren’t at the forefront this season. 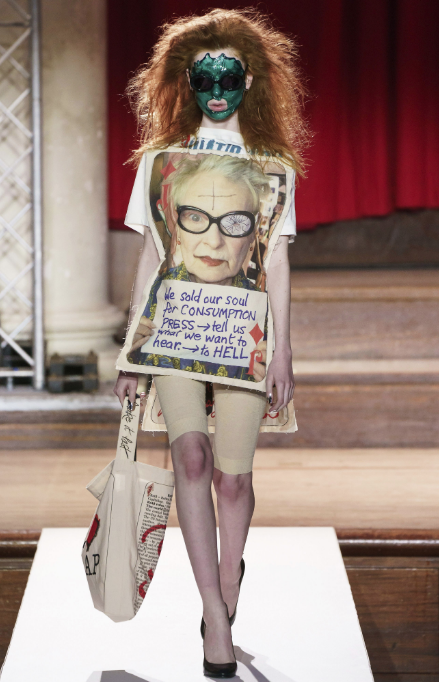 A mixed bag of messages on consumerism, Brexit and diversity at Vivienne Westwood Photo courtesy of Vogue.com

So if the what, the who and the why of fashion isn’t being called into question, then where is the focus this season?

The shift is in the how. Specifically, how clothes are made, how clothes are chosen by consumers and how clothes are purchased. More than ever before, the process behind how clothing makes it onto the runway and into consumers’ closets is taking center stage. From environmentally-friendly materials to ethical supply chains, sustainability in fashion is a movement that has been gaining momentum and is changing the way designers design and produce their clothing, and ultimately how consumers purchase clothing.

Designers like Stella McCartney have been dedicated to sustainability for the entirety of their careers, however, we are finally starting to see the shift take hold not only in design and production, but also in terms of influencers, media coverage and consumer decision-making/dollars.

Just prior to NY Fashion Week, the CFDA released its Guide to Sustainable Strategies, penned by Domenica Leibowitz as a “how-to” overview for CFDA members as they create, meet and exceed their sustainability goals. Even the online fashion week bible, Vogue.com, has acknowledged the shift with its recent “4 Ways the CFDA’s New Sustainability Report Will Change Your Fashion Week Conversations.” And with sustainability on the tips of fashion’s most influential tongues, it’s no wonder we are seeing more examples of increased sustainability efforts at both NY and London fashion weeks. Take a look…

Recently, Stella McCartney threw out some jaw-dropping statistics in an interview with Vogue. Her latest collaboration with Adidas has produced a nearly zero waste shoe through the use of a 4-D printer. Overall, her collection boasts 70 percent recycled materials, 50 percent of that is in the footwear alone (the collaboration’s biggest seller). She has been designing with Adidas since 2008, and with each collection, the percentage of recycled materials she’s used has grown, causing her environmental footprint to shrink. 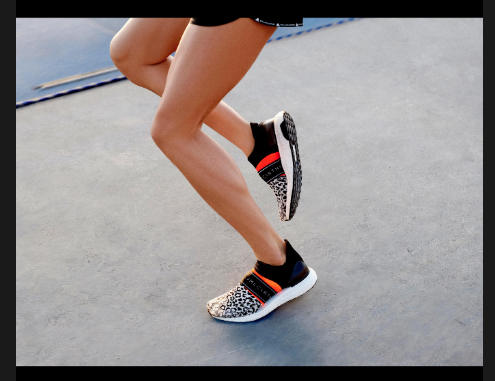 Gabriella Hearst is another good example of how we do things in the fashion industry is shifting. While presenting a polished collection with an innovative display of knits and wovens, it was two guests, twenty-two year old Kelsey Juliana and ten year old Levi Draheim, who were sitting in Hearst’s front row that conveyed the drive behind her work.

Hearst believes that climate change is the most important issue facing the fashion industry today and therefore, she wanted to shed light on her special guests who were representatives of Our Children’s Trust, “a nonprofit organization supporting 21 young people across America in their fight for court ordered implementation of systemic science-based Climate Recovery Plans to reduce atmospheric CO2 concentrations to safe levels before 2100. Their case, Juliana v. United States & Donald Trump, et al, is awaiting trial in U.S. District Court,” according to Vogue.com runway review. 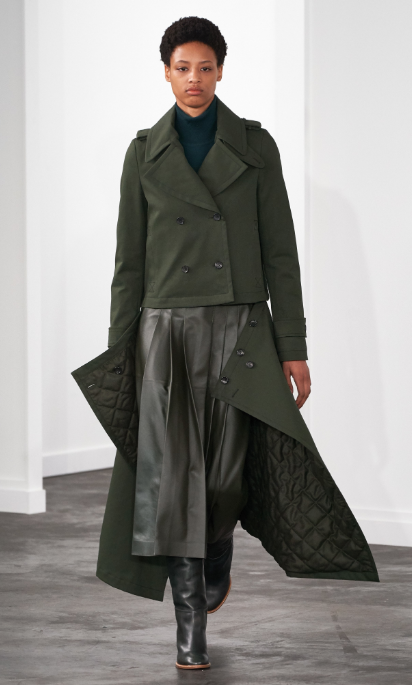 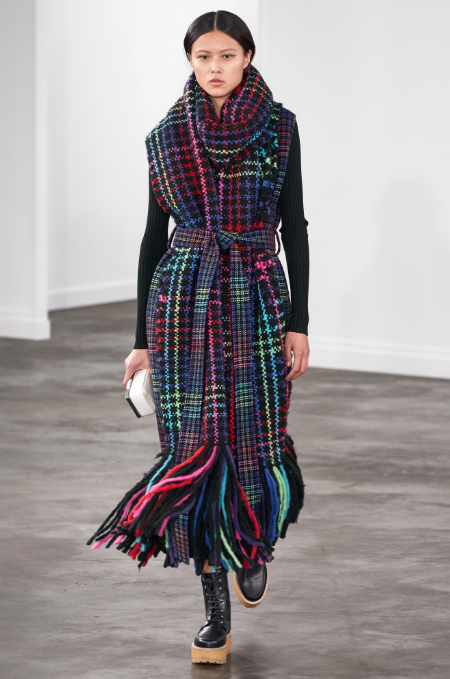 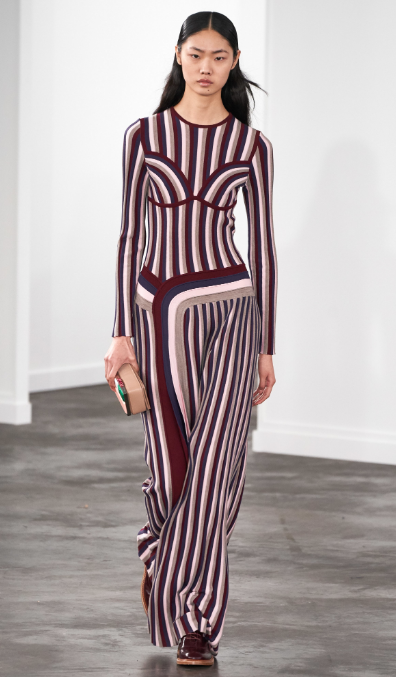 In sharp contrast to Hearst’s tailoring and cloud-soft knits, take a look at Gypsy Sport’s F/W 2019 offering – a drastic change in style, but a consistent philosophy when it comes to sustainability as a guiding principle.

Confession. I love seeing who has been named amongst the Top Ten Collections (in each major fashion hub) by Vogue each season. I crave a good fashion week wrap up. But for a long time, I could predict the names I would see on the NY list…Marc, Michael, Ralph, Diane, in addition to the most recent CFDA-approved darlings.

But if Vogue naming Gypsy Sport as one of F/W 2019’s top collections isn’t a sign of a major shift, I am not sure what is. Sure, Marc and Michael made the list, but so did underwear-as-outerwear, diversity embracing, upcycling guru Rio Uribe, designer of Gypsy Sport. Just feast your eyes on the use of repurposed Adidas tracksuits…

As a whole in terms of aesthetic, Gypsy Sport’s F/W 2019 collection was a bit racy for me, however, I love that the collection was recognized for its sustainability efforts and pushing the conversation forward.

Much like the Council of Fashion Designers of America, the fashion community in London is making moves toward increased sustainability. Keep your eyes peeled for this announcement from the British Fashion Council and clothing company Mother of Pearl, which will be unveiled as this blog is published! Sneak peak below…

Finally, take some time to read this call to action from Stella McCartney. As someone who has dedicated her career to ethical practices in fashion, it’s time for designers and consumers around the world to listen and join her cause.