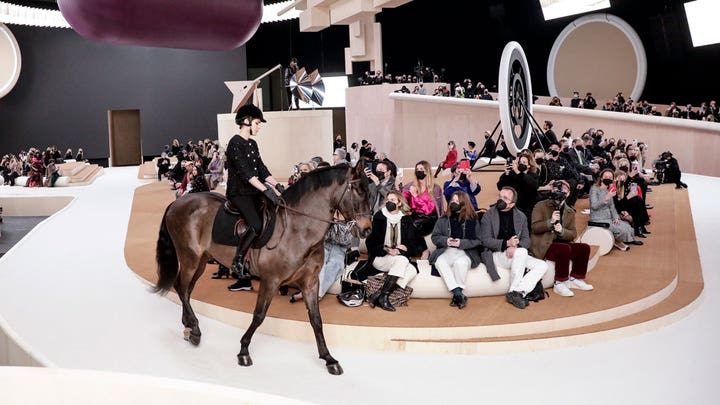 We are only a month in and already 2021 has started off as a challenge. Omicron and its new iteration BA.2  is still on the move, infecting even those who are triple-vaccinated. Vladimir Putin is on the brink of invading Ukraine and a number of celebrities unexpectedly passed away, from comedian Bob Saget to legendary singer Meat Loaf. Last week UoF announced the passing of André Leon Talley, the larger-than-life former Vogue editor who died on January 18th at the age of 73. And then 5 days later on January 23, also at the age of 73, the fashion world lost another industry legend, Manfred Thierry Mugler, the visionary French designer who was responsible for having created some of the most avant-garde and iconic looks of the ‘80s and ‘90s. 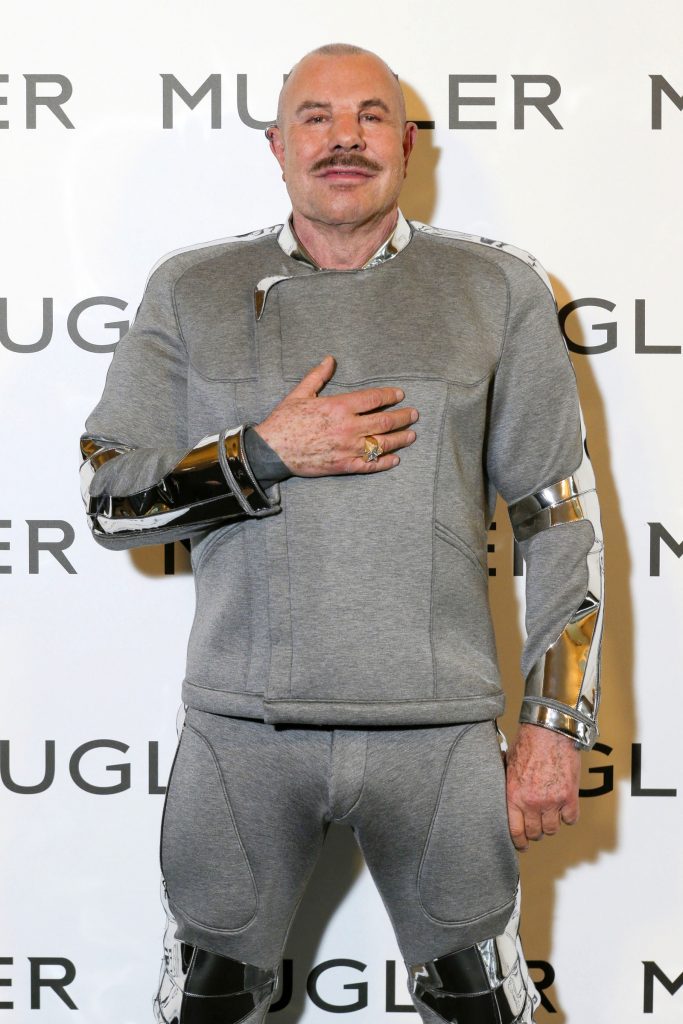 Mugler’s signature looks were worn by some of the greatest music artists, such as Madonna, Michael Jackson, Diana Ross, and David Bowie, to name a few. There has also been a resurgence of celebrities wearing vintage Mugler, such as Lady Gaga in her music video for “Telephone” and Cardi B, who had a friendship with Mugler, often wearing his vintage designs on red carpets and in her music videos, as well as mentioning the brand in her song “Wild Side”. In 2019, Mugler created a one-of-a-kind dress for Kim Kardashian to wear to the Met Gala. 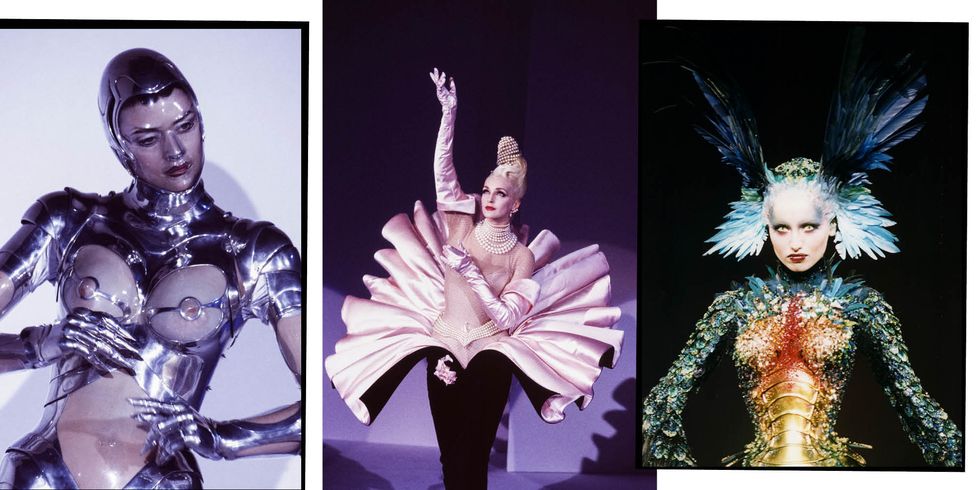 Those who followed Mugler throughout his career couldn’t help but notice his ever changing ‘personal look’. The late designer had been involved in several accidents, one of which was a jeep crash which destroyed his nose. He also had his chin reconstructed using his hipbone. The designer-turned-bodybuiler, was once quoted as saying, “I wanted my face to represent progress, because after years of being a thin, charming dancer, I wanted to be a warrior. I’ve done so much in my life. I’ve fought so much. I’m a superhero, so it’s normal to have the face of one.”

Mugler may have left his namesake brand far too early, but he will continue to have an empowering impact on fashion will into the future.

COUTURE SHOWS BRING FANTASY AND HOPE TO US ALL 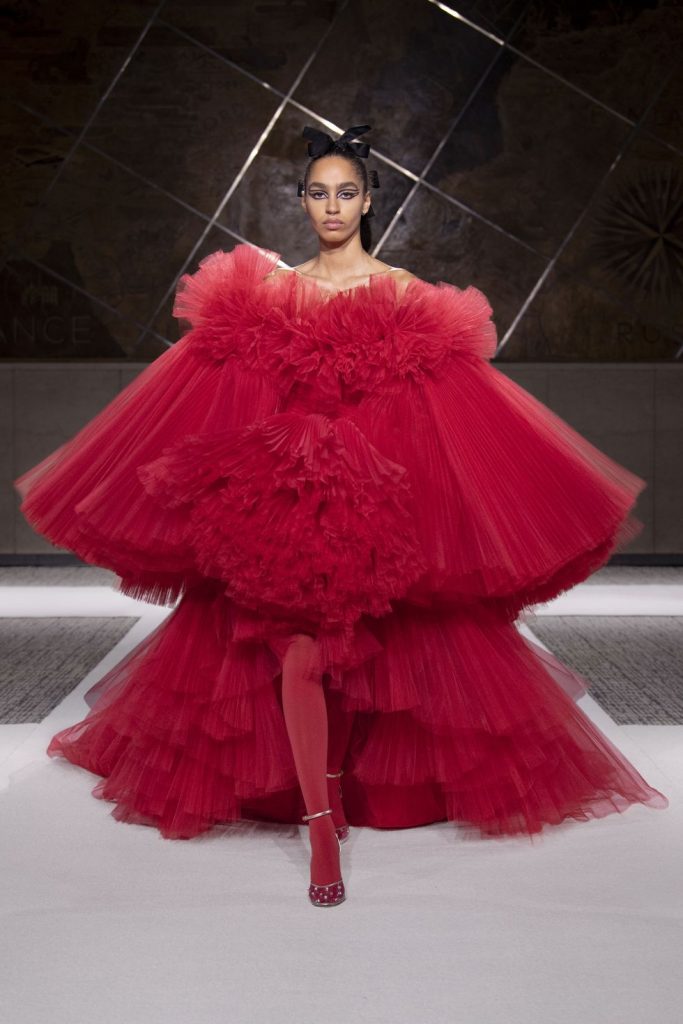 Paris Couture is back and it was spectacular. The couture season began on Monday January 24th and ran through Thursday the 27th. While many couture houses held IRT runway shows, there were a few that opted to present their collections digitally, such as Azzaro and Giambattista Valli. Meanwhile, Giorgio Armani canceled his Privé show altogether.

One of the highlights of any fashion week is the constant parade of street style looks and influencers. Paris couture week did not disappoint. Kanye West (Ye) introduced his new girlfriend Julia Fox to the fashion scene wearing a black leather Schiaparelli outfit  (reminiscent of vintage Thierry Mugler), and he in  trademark moon boots and padded gloves, plus a Schiaparelli black balaclava, a nod to his ex (Kim Kardasian), who worn head-to-toe Schiaparelli to the Met Gala. Oh, and to complete their outfits they adopted a new couple name…’Juliye’. 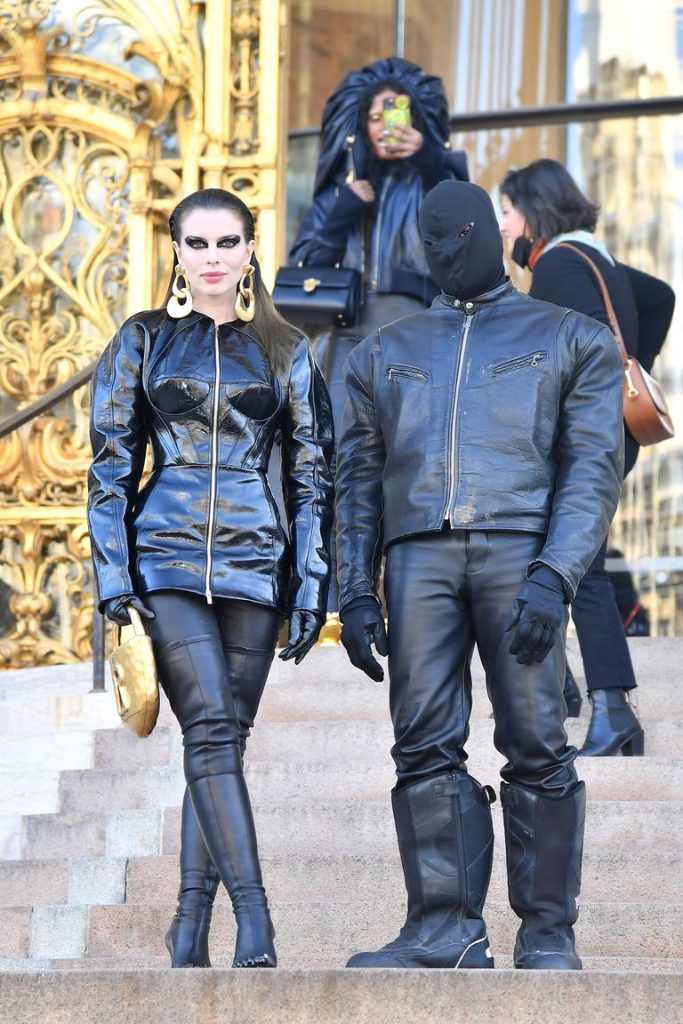 Here’s a few of our favorites from Paris Couture 2022 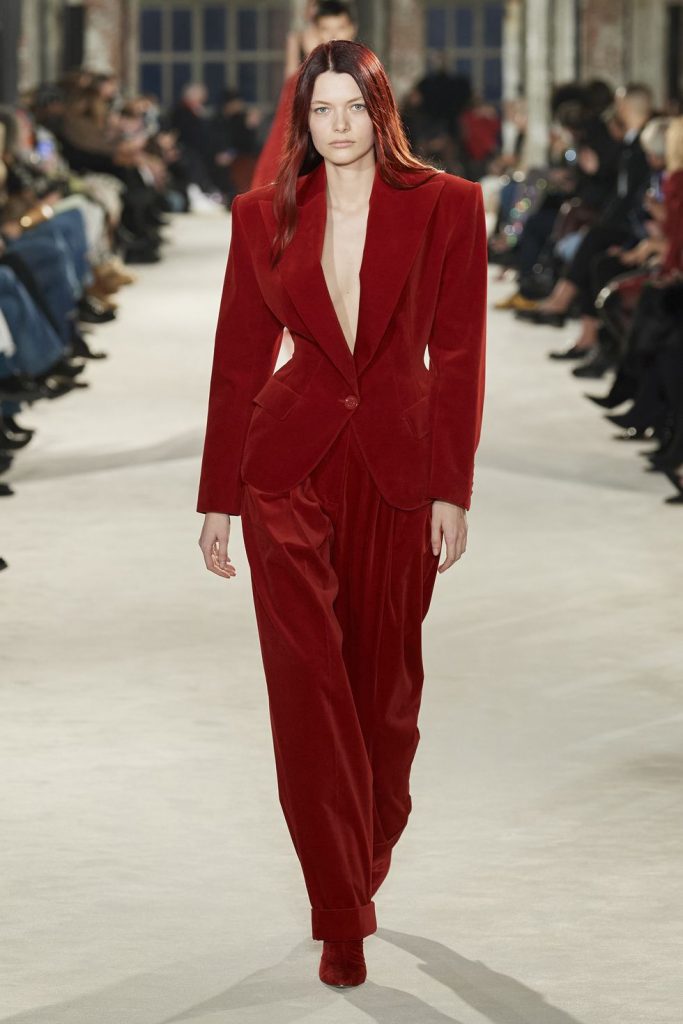 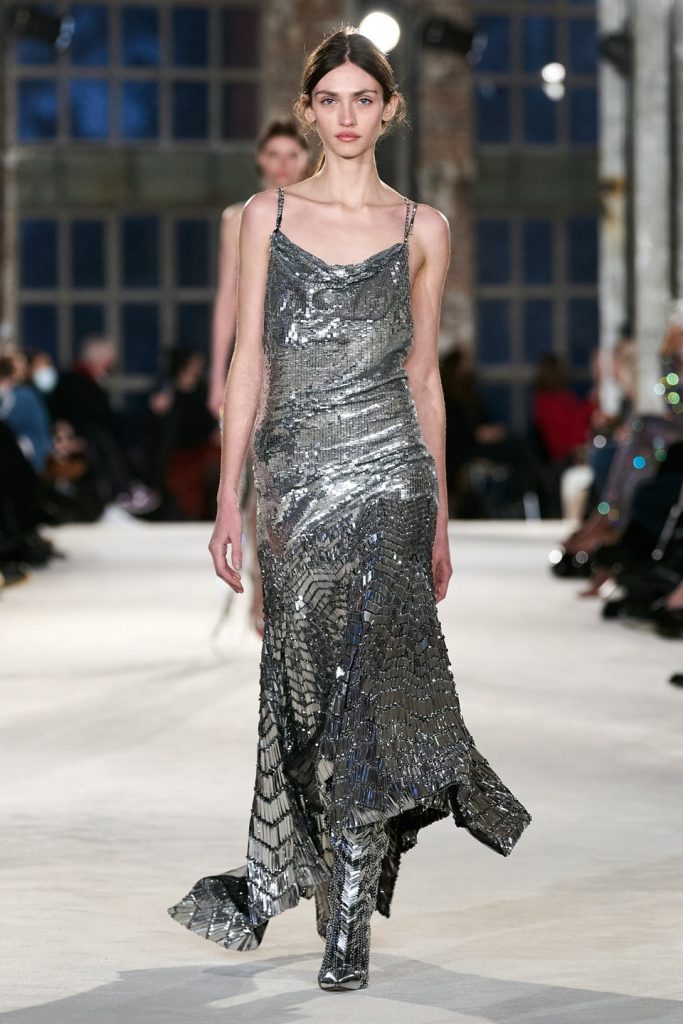 High-octane glamour was all over Alexandre Vauthier’s Spring 2022 couture collection, as he presented velvet power suits, sequin gowns and plenty of slinky frocks. 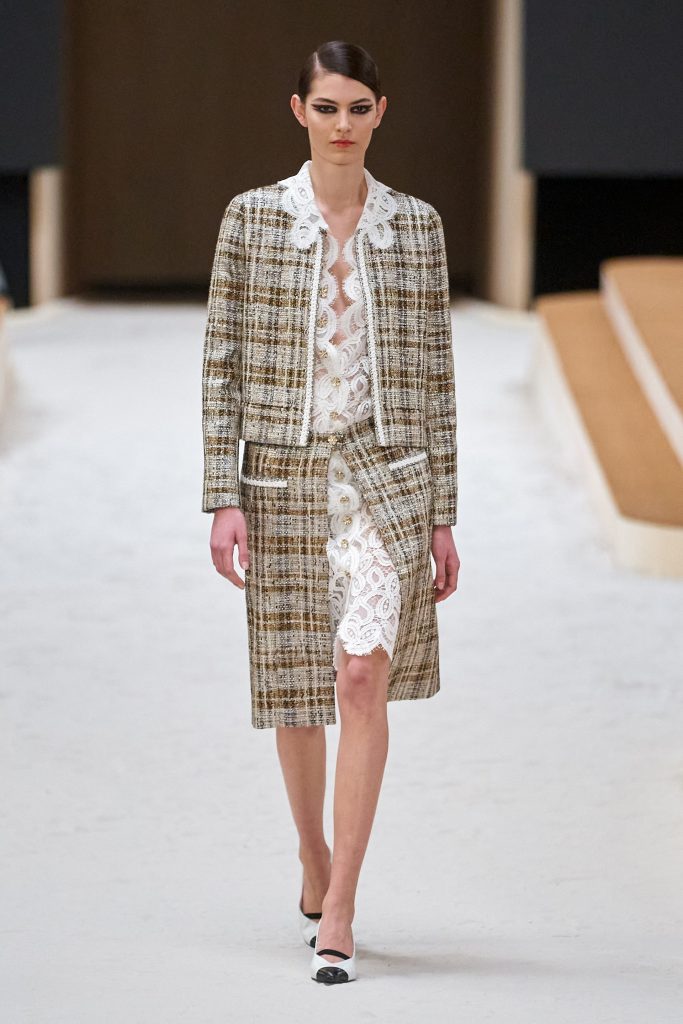 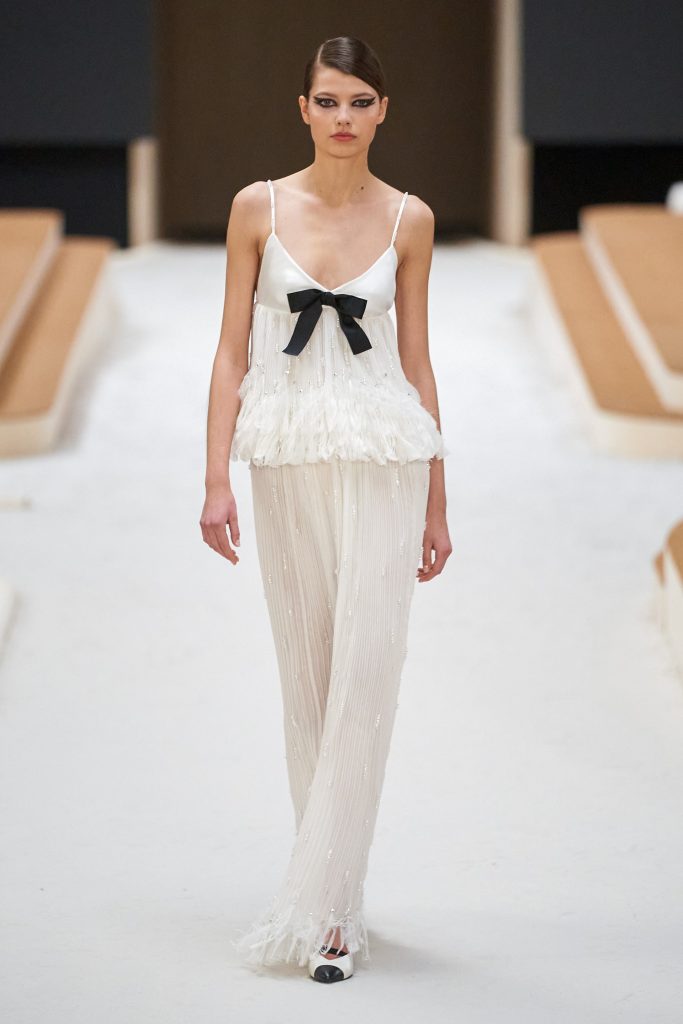 “The idea for the show’s décor came from a longstanding desire to work with Xavier Veilhan,” Virginie Viard, Chanel’s creative director, explained the setting of the SS22 couture show to Harper’s Bazaar, “His references to constructivism remind me of those of Karl Lagerfeld. I like this similarity of spirit between us, now and across time. In addition to creating the show décor with its references to the avant-gardes of the 1920s and 1930s, Xavier wanted to work with Charlotte Casiraghi. His artistic universe is full of horses and Charlotte is a skilled rider.”

The Chanel show opened with Monaco’s Princess Charlotte dressed in a Chanel jacket, riding a beautiful eight-year old Spanish bay horse Kuskus (that would explain the sand runway), first in an elegant “collected walk,” then a trot. A perfect opening that paid homage to the creative director’s ’20s and ’30s Gatsby-inspired modern take on the classic Chanel tweed suit. There were also filmy chiffon and organza dresses with uneven hems, slithering satin evening dresses, and tiny beaded gilets to add an extra dose of glamour. 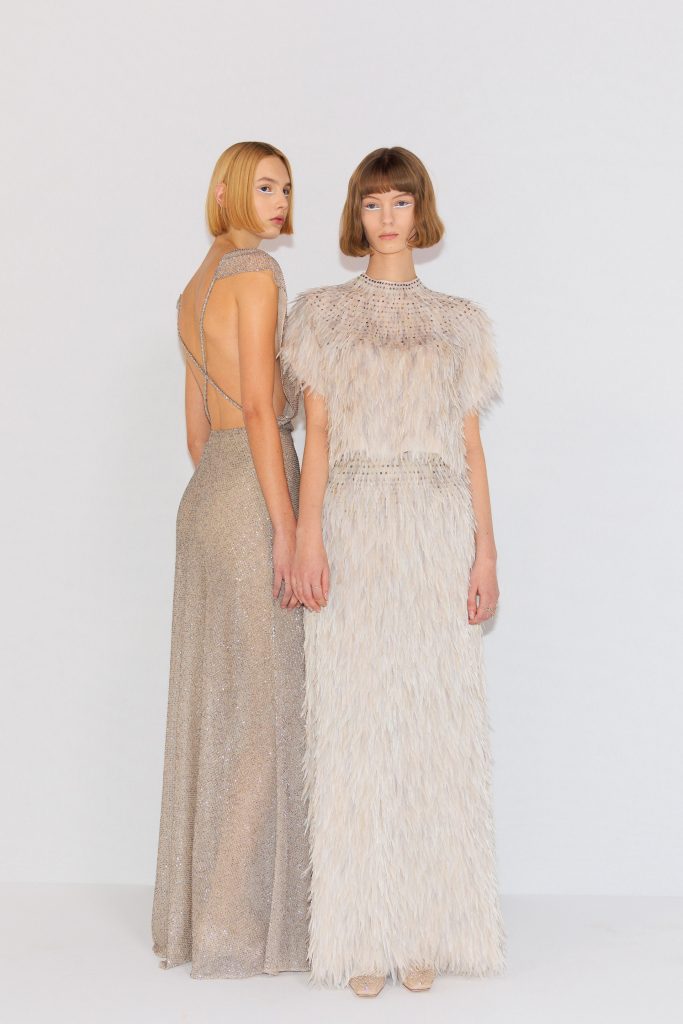 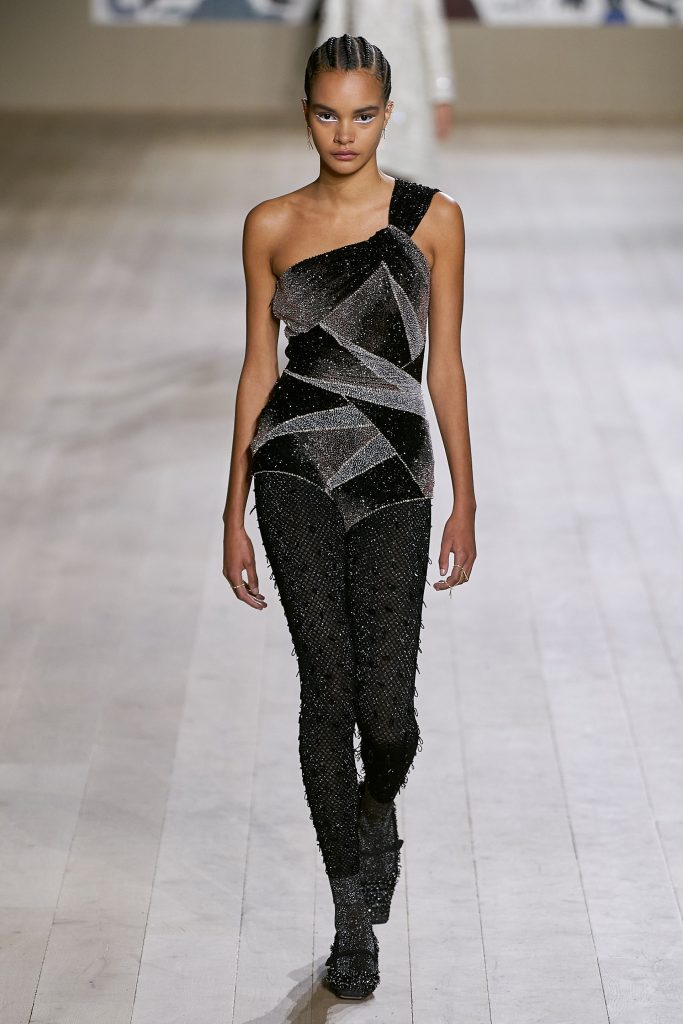 This season’s Christian Dior couture collection was a celebration of embroidery: “A symbol of the atelier’s original excellence, embroidery is not just a decorative detail. It gives fabric its structure, its architecture.” According to the house’s show notes. “An inspiring creative dialogue, collective, exalting virtuoso skills, where embroidery is transformed into a collaborative mode of expression, at the crossroads of art and craft“. Dior’s creative director, Maria Grazia Chiuri, collaborated with Indian artists Madhvi and Manu Parekh, the Chanakya Atelier and the Chanakya School of Craft, in creating exquisite embroideries and embellishments for her couture collection. 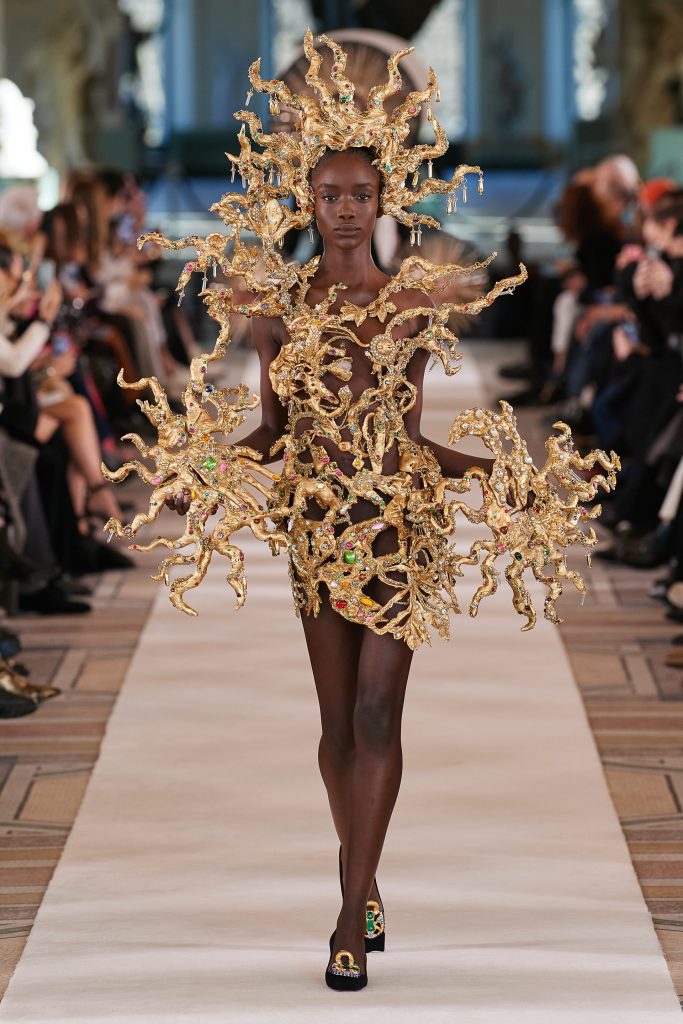 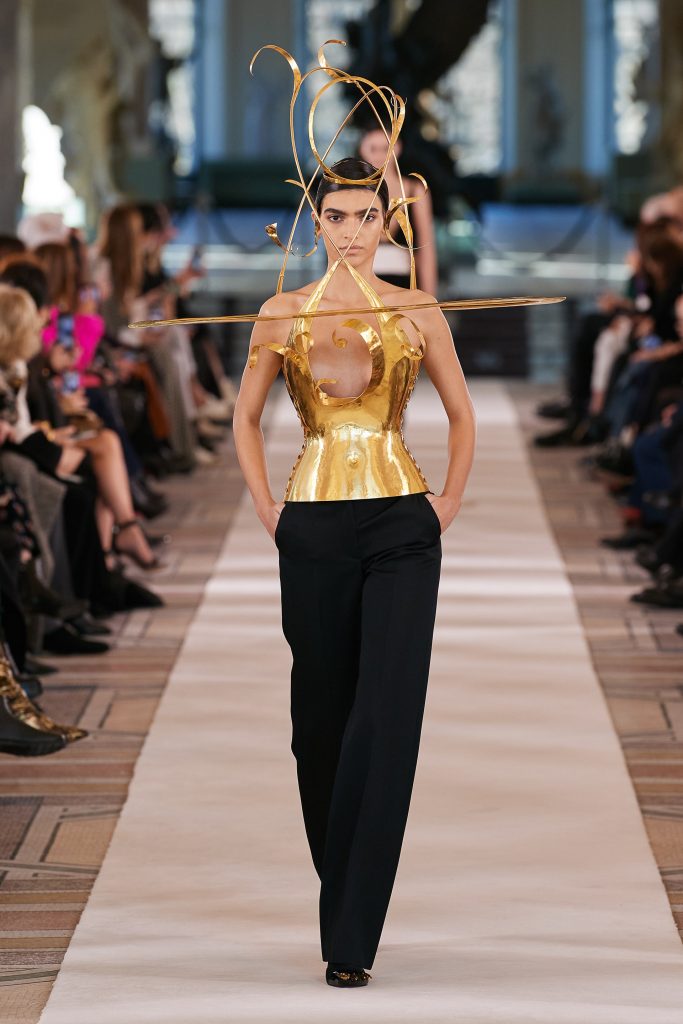 And moved us he did, as his collection pushed the boundaries of fashion as art. 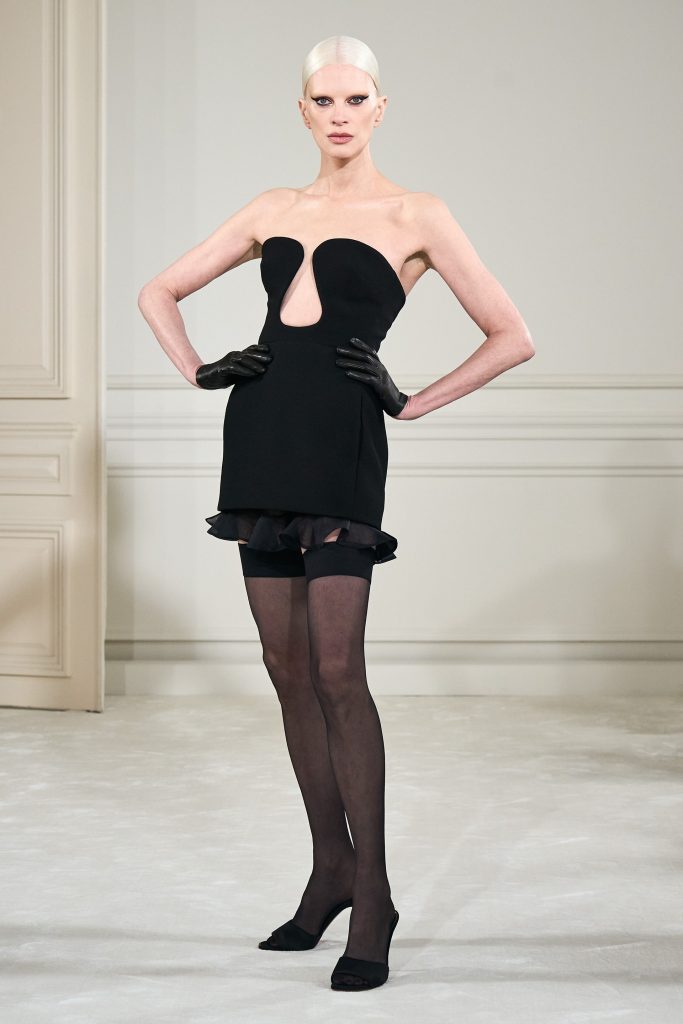 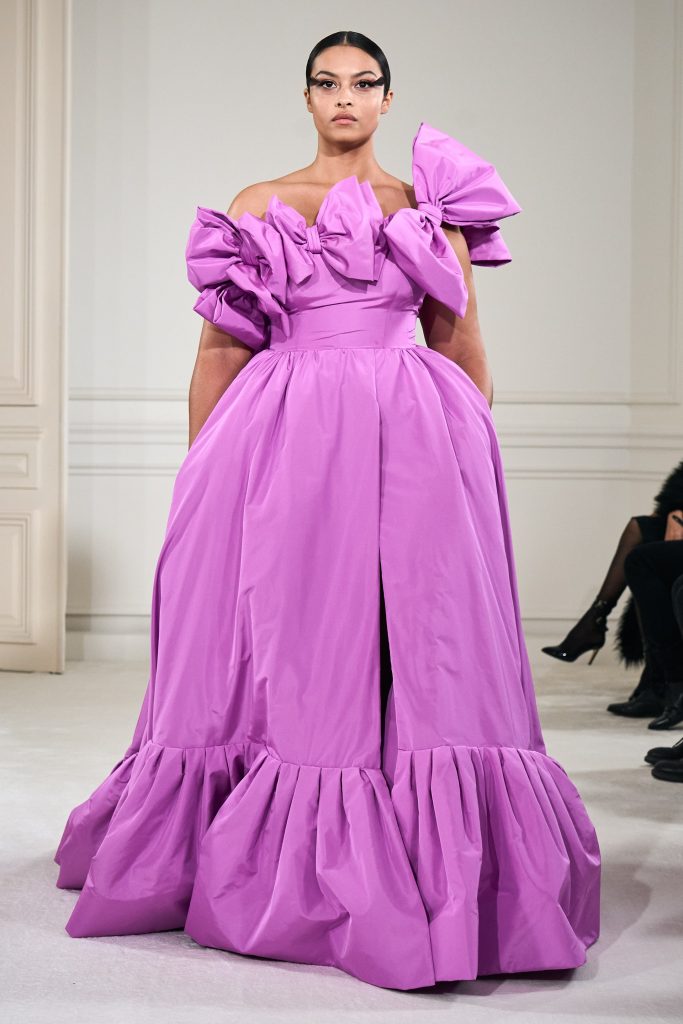 ‘The Anatomy of Couture’ was the title of Valentino’s Spring 2022 Couture Collection. As creative director Pierpaolo Piccioli explained in his show notes, he imagined his collection not on one single and idealized house model, but on a variety of women with different body types and ages. He states in his collection notes, “Soft and welcoming in the democratic spirit, and at the same time radical in the approach that rewrites known processes, Piccioli builds the collection as a composite harmony of physical types and the clothes that dress them, studied through a long process, both scientific and poetic. The message does not change in its purpose, which is to convey beauty, but in the welcoming expression.”

Did you have a favorite couture collection?