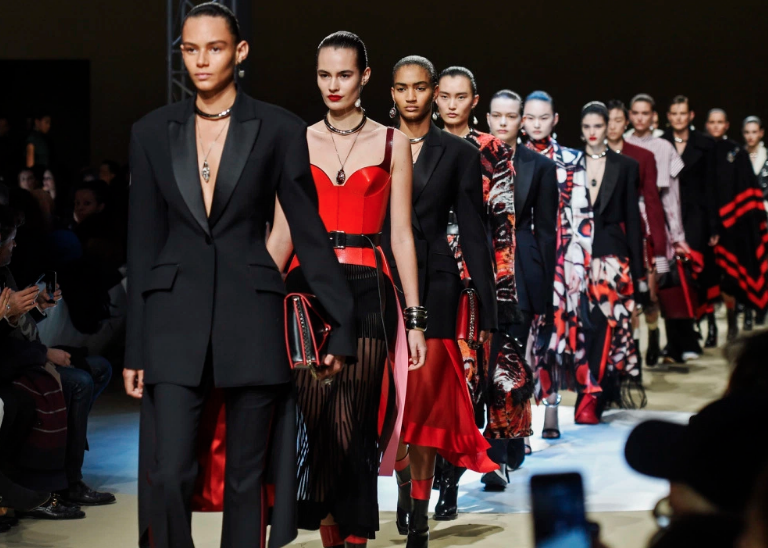 The two words we were left with at the conclusion of Frances McDormand’s 2018 Oscar acceptance speech. I don’t know about you, but my thought process went something like this…

“Inclusion writer? No, I would have heard of that. Inclusion rider. Hmmm. Alexa?”

While waiting on Alexa’s response, I will admit to also thinking, “Ok, yes, I am swept off my feet by her impassioned speech, but what and who is McDormand wearing?”

Tom and Lorenzo credited Valentino Resort 2018, but I was unable to confirm after combing through Valentino Resort, Couture and Fall 2018. What I did confirm, however, is that Pierpaolo Piccioli has had an embroidery, floral and covered up silhouette obsession for quite some time, which in combination could certainly lead to McDormand in Valentino.

I mean, add this embroidery… 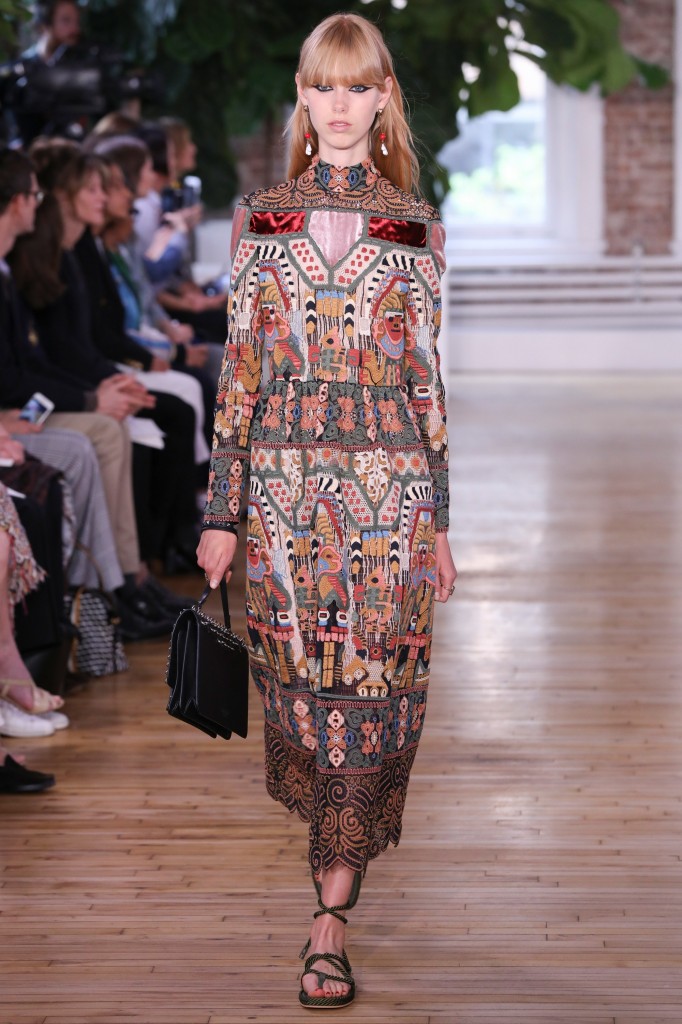 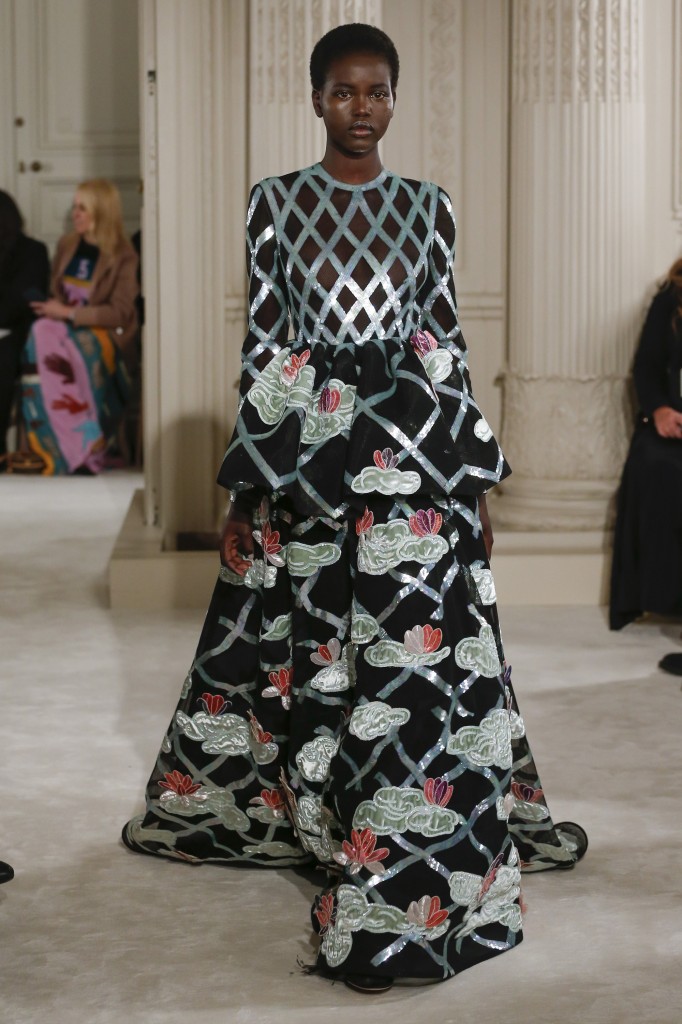 To this floral theme… 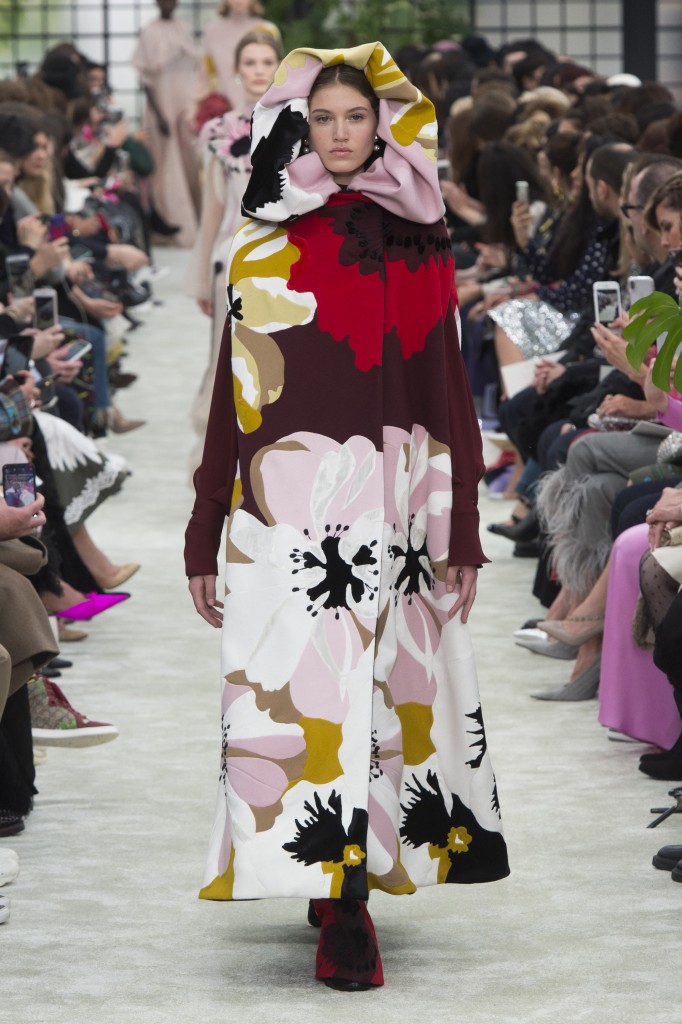 And it makes sense that this look could have come from Valentino, right? 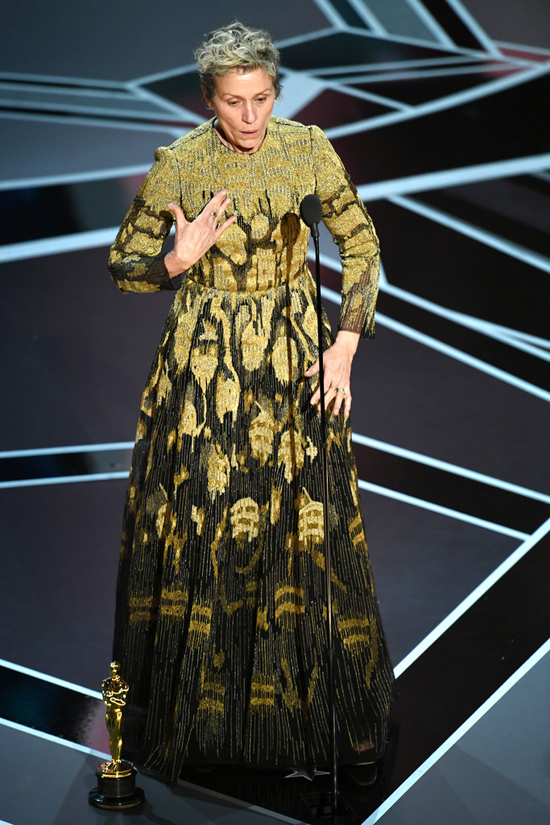 Frances McDormand at the 2018 Oscars

Although I am not 100% confident in the connection I am drawing here, I am 1000% confident in the analogy I am about to explain based on a snarky comment by Tom and Lorenzo about McDormand’s dress and the rise, role and responsibility of powerful women right now.

Tom and Lorenzo call McDormand’s fashion choice “a rug” with “ghostly, semi-abstract bees on it.”

But let’s get back to that inclusion rider. At the conclusion of her speech, McDormand was advocating for those in power in Hollywood to demand that equity be a part of their contractual requirements when agreeing to make movies. In other words, actors and actresses have and can demand a certain level of diversity be represented in the cast and crew of movies they choose to make. And they should.

So as Frances McDormand stood in front of her peers and encouraged them to be the influential voices for those who may not yet have enough influence in Hollywood to make demands, it was as if she was planting a seed of powerful change. And her oddball dress with perhaps “ghostly, semi-abstract bees on it?” Perhaps she’s the bee pollinating the field of flowers with ideas that will allow women (in all fields) to grow and bloom in the future.

The climate in the fashion industry is also ripe and ready for women to make bold moves and stand their ground. And we’ve seen this evidenced time and time again for Fall 2018. As the Paris shows wrapped up, we couldn’t help but mention just a few of the ways female powerhouses are making waves and planting seeds.

A long time renegade, Westwood skipped the runway this season and opted instead to create a video to feature her Fall 2018 collection. In addition, this photoshoot showed she’s dressing all bodies and genders and delights in those willing to challenge the fashion industry “norms.” 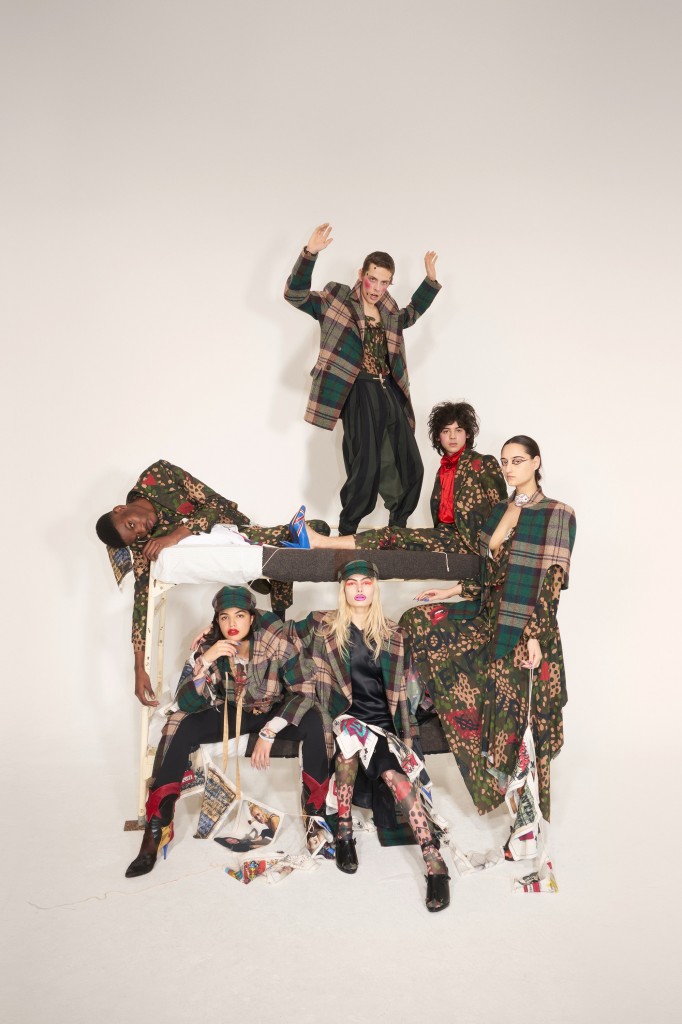 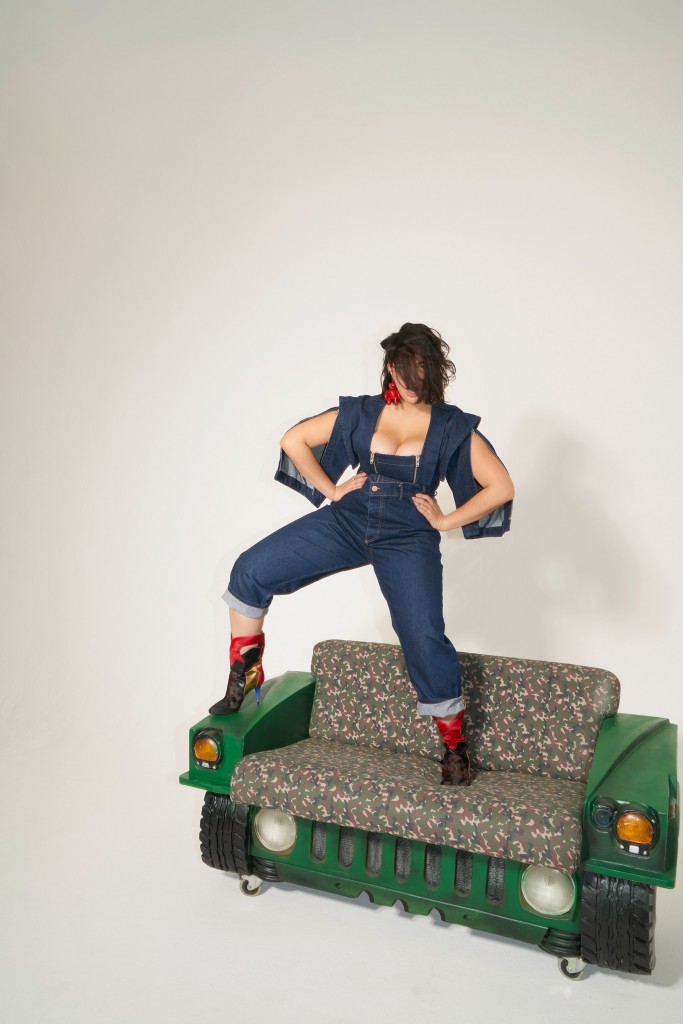 Of all shapes and sizes… 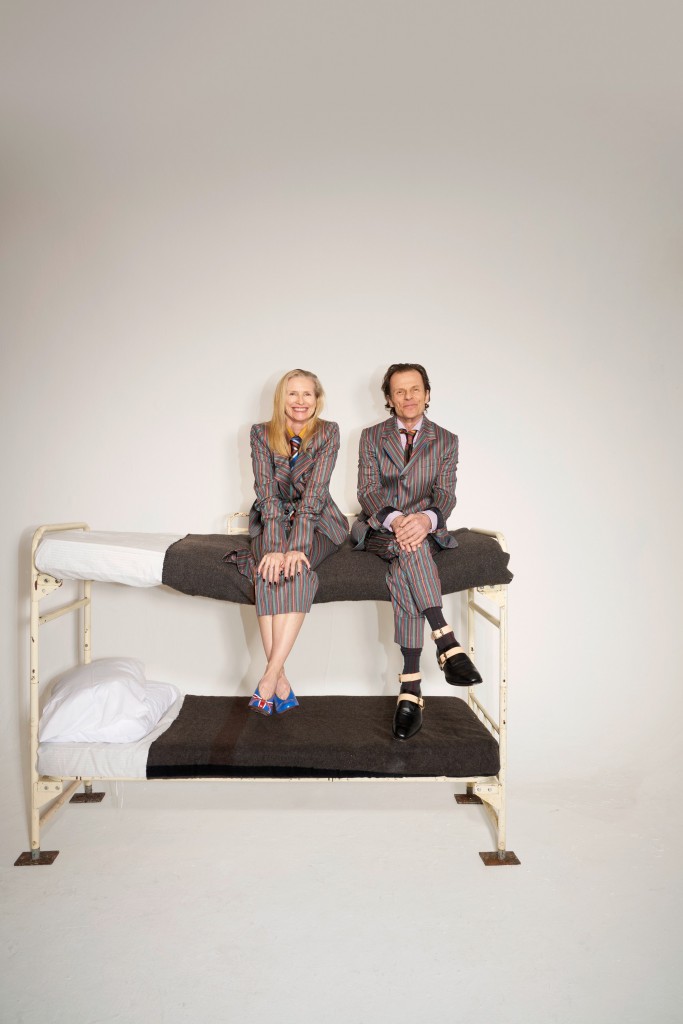 And all genders and ages.

Nicole Phelps of Vogue.com said it best, “McCartney’s woke approach to sustainability, especially her animal-free policy, is her biggest contribution to the fashion of today, followed closely by her commitment to practical chic.” And it’s true—chic bags, shoes and leather-looking accessories, faux my! McCartney has been a long time sustainability champion and she’s dedicated to her mission down to the very last detail. In fact, to avoid the use of toxic glues, her new Loop trainers are made with specially designed hooks and stitching. Take a look: 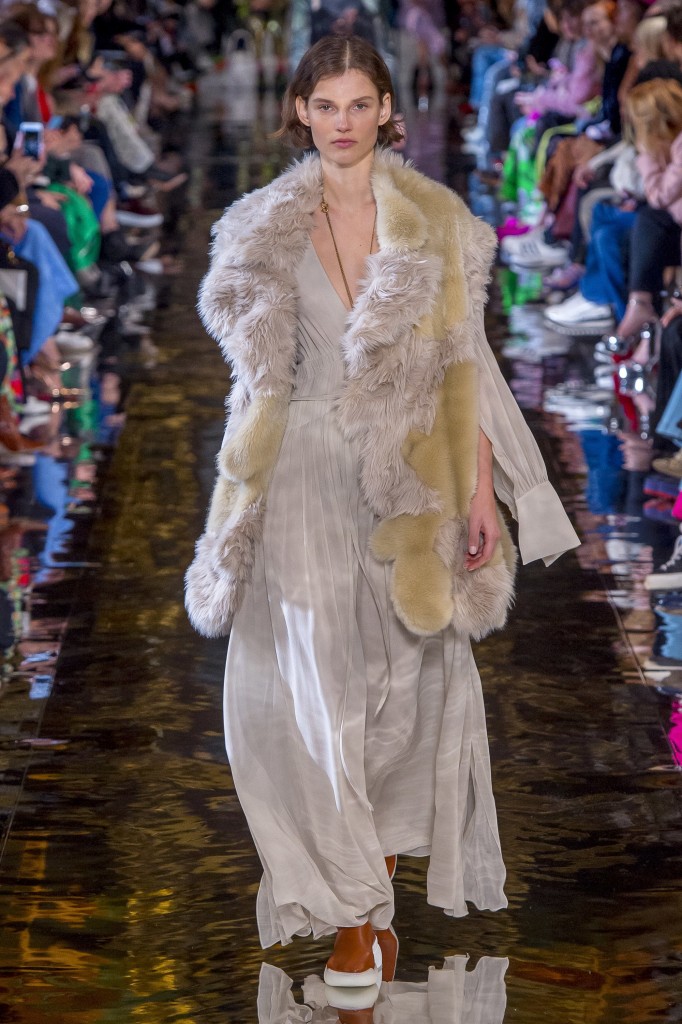 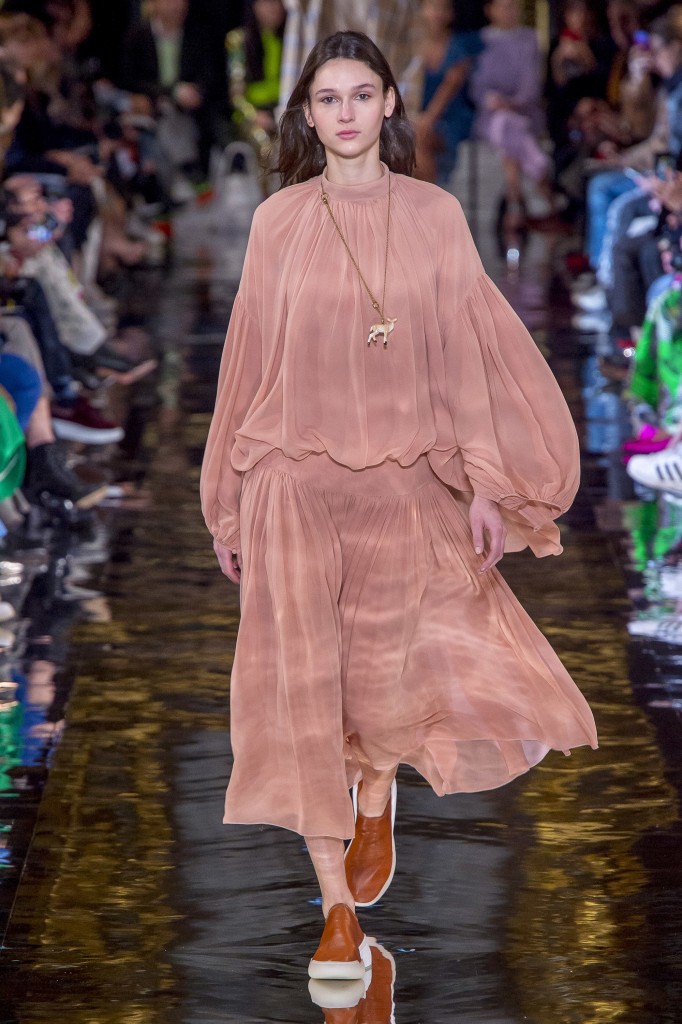 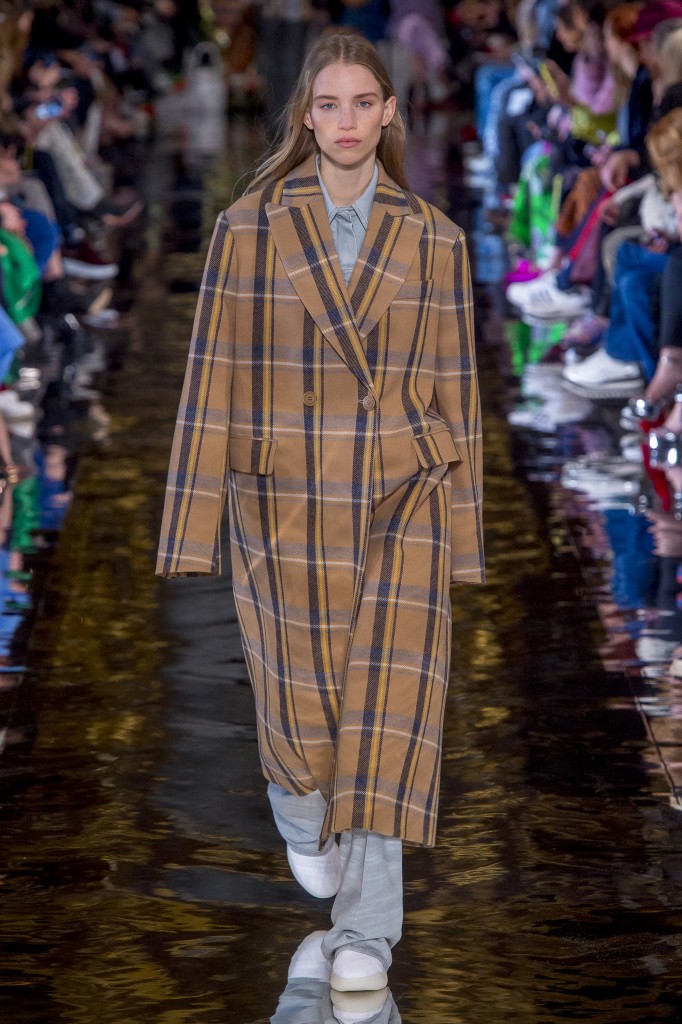 Style and Sustainability Hand in Hand

Burton has honored her late friend and designer, McQueen, season after season and continues to do so with her impeccable tailoring skills. However, metamorphosis was the inspiration for Fall 2018, and not in the famous McQueen’s Atlantis sense. Instead, Burton explores the metamorphosis of women—our emergence, our evolution as we navigate the current climate. Burton leaves no woman or stage of evolution behind. Notice the progression in the following looks. From the soft armor of the tuxedo emerges a different woman right before our eyes. 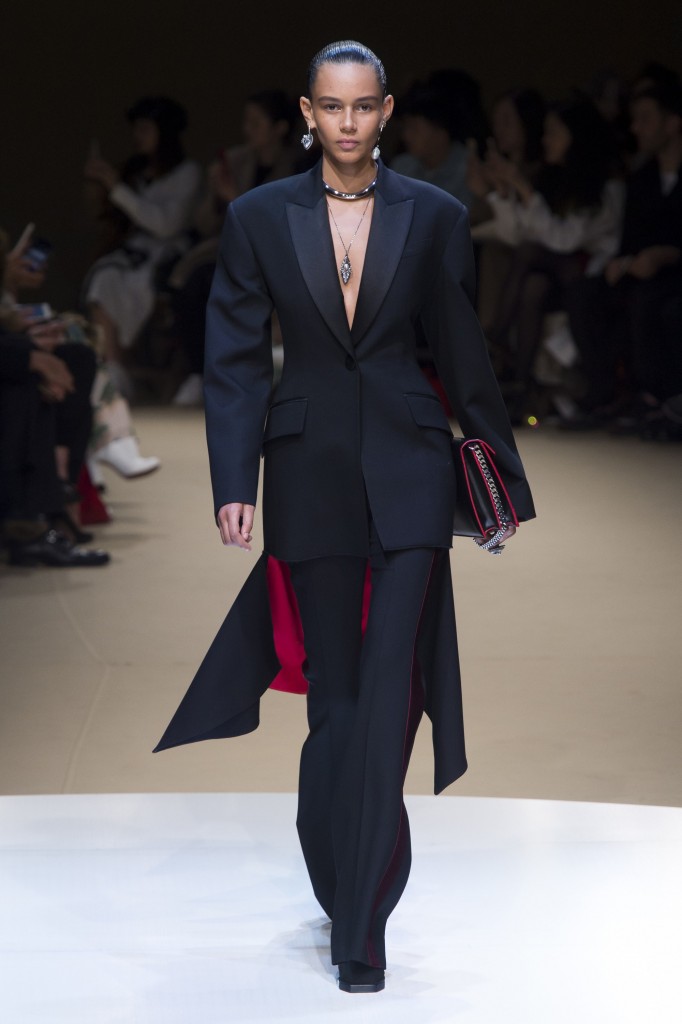 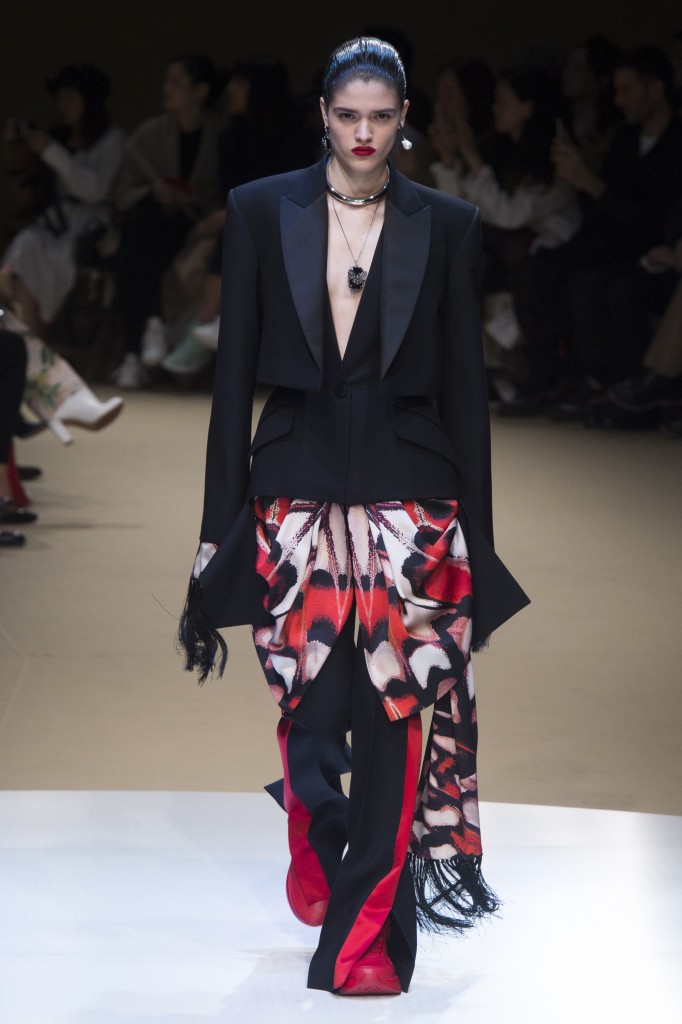 Emerges a hint of “wings…” 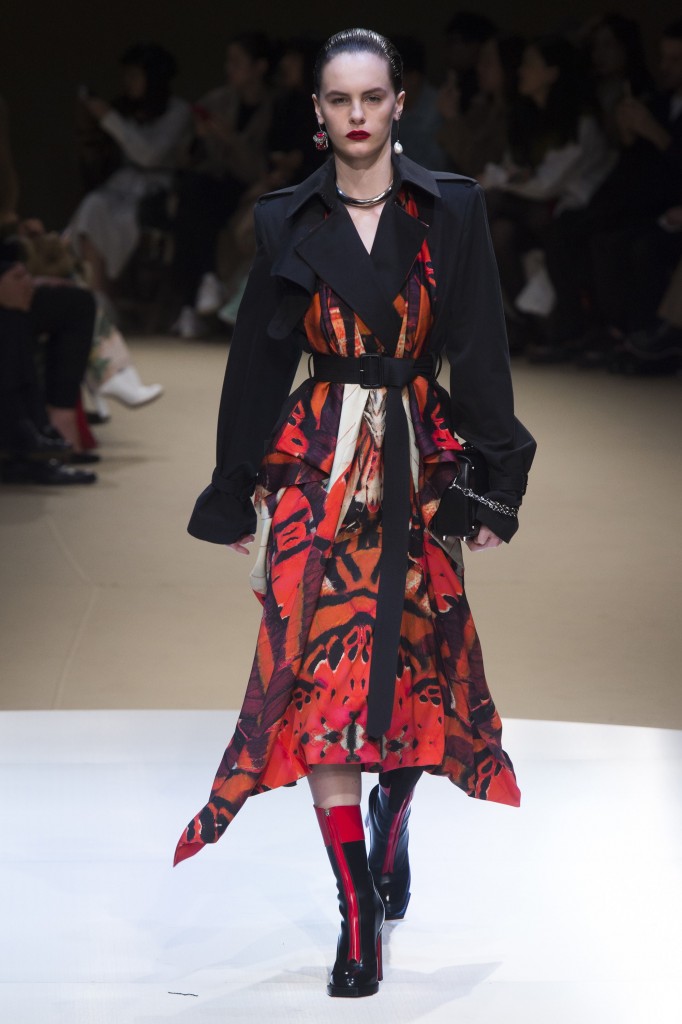 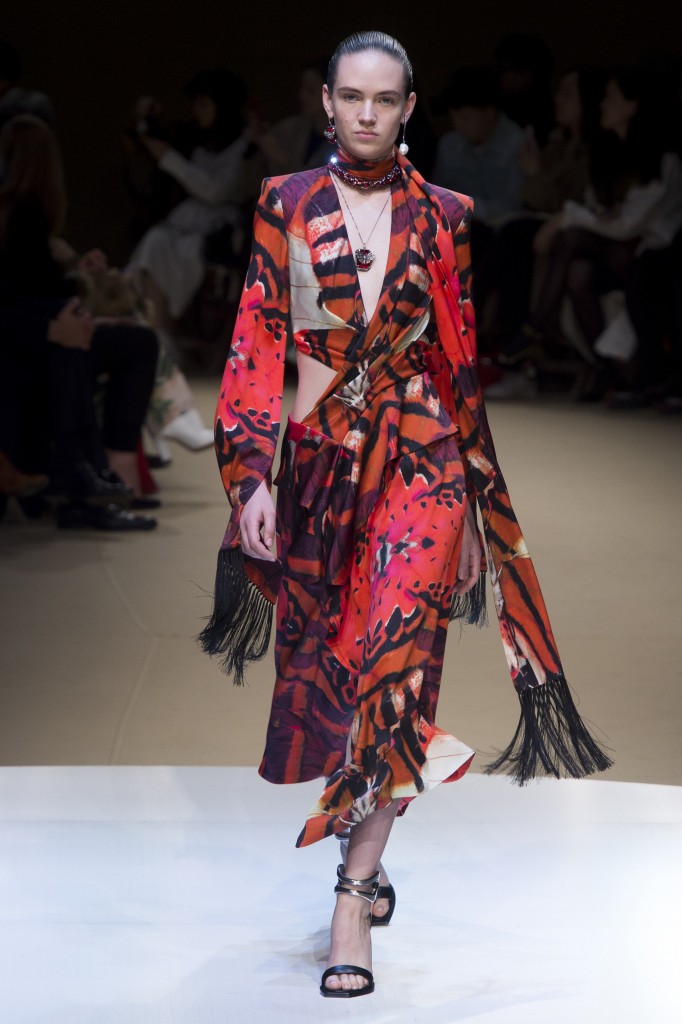 To reveal a woman who has shed her armor… 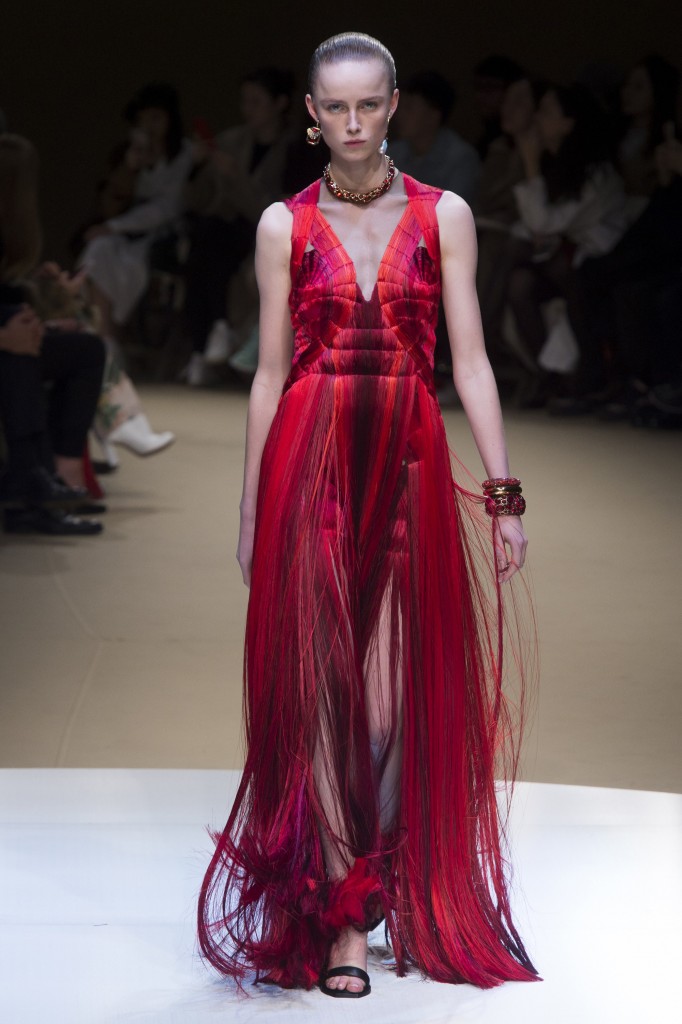 And perhaps had the opportunity to explore a new side of herself.

There is no one correct formula for becoming a change maker as a woman in today’s society. And yet, if the women mentioned above are any indication, we have plenty of places to look for inspiration as we pave our own paths forward. Who do you look to for inspiration? Who are your change making role models? Let us know who we should include in the comments below.