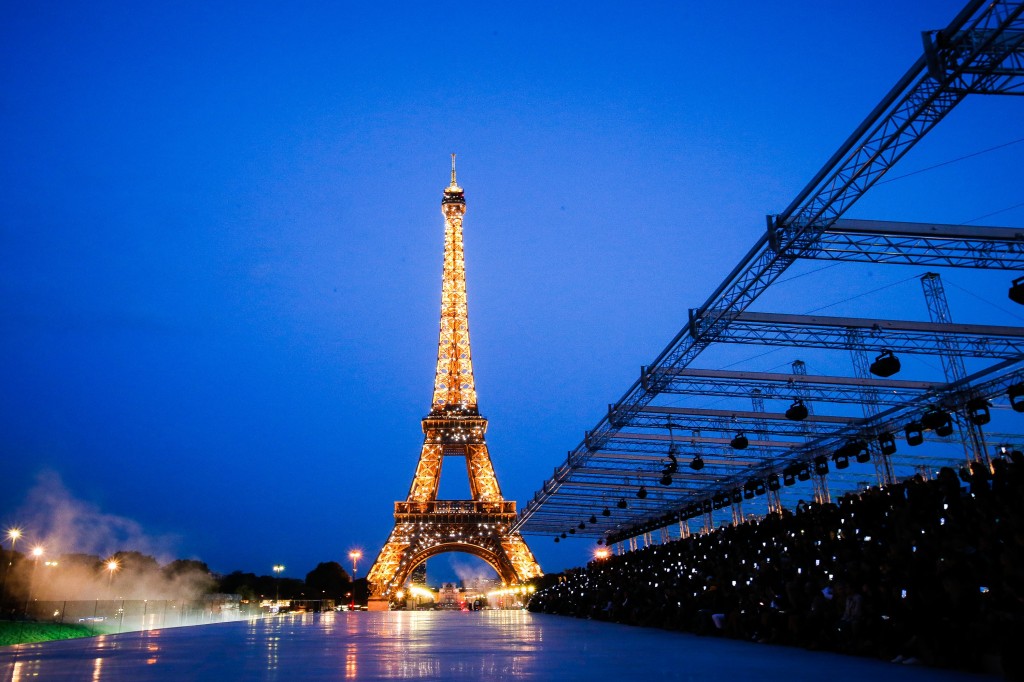 The spring 2018 fashion shows have been a long haul, but there were so many inspiring moments from Ralph Lauren’s show in his exotic car garage in Bedford, N.Y. to Donatella Versace’s tribute to Gianni; who can ever forget the images all over Instagram with his supermodels (Cindy Crawford, Naomi Campbell, Claudia Schiffer, Helena Christensen and Carla Bruni) all on stage in golden gowns – it was an emotional moment for many in the industry. Now we reach the final stretch, Paris, the fashion capital of the world. Paris shows are not over yet, but here are some of the highlights of the week so far, from political messages to over-the-top glamour.

It’s clear that Maria Grazia Chiuri, the first female Creative Director for Christian Dior, is using the label as a platform to empower women. Who can forget her “We Should All Be Feminists” t-shirts. Every Instagram and street style star wore them. For spring, Chiuri uses the runway to let us ponder another thought “Why Have There Been No Great Woman Artists?” This question was emblazoned on a striped marinière sweater. The question is the title of art historian Linda Nochlin’s 1971 essay that explores the topic of feminist art history; historically, woman have had a difficult time achieving success in the arts. Chiuri’s Dior is a new Dior. Gone are the pastel colored, ladies-who-lunch suits. It’s clear that Chiuri is focusing on the millennials with looks that ranged from 70’s patchwork jeans to leather jumpsuits. For evening, she showed an assortment of sheer, sparkly, glitter mini dresses in every color under the rainbow – all complete with low block heeled mesh knee high boots. It’s refreshing to see a designer put out a positive message that she really does believe in. 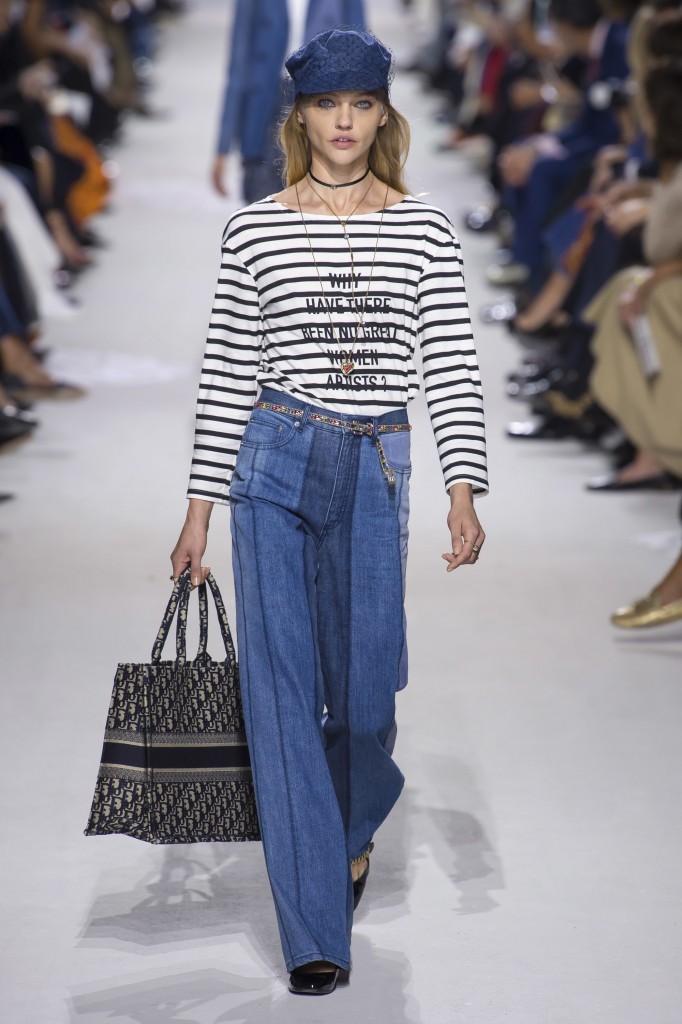 There’s a new Chloe Girl in town…..Natacha Ramsay-Levi just presented her first collectionas the creative director for Chloé  to rave reviews. Although this is her first moment in the spotlight, Ramsay-Levi is well-known within French fashion circles; she worked at both Balenciaga and Louis Vuitton under Nicolas Ghesquière. Ramsay-Levi looked to the entire history of the house and gave a nod to each of her predecessors. The hand-painted cotton dresses were inspired by Lagerfeld’s time at the House. McCartney and Philo both liked horses, and Ramsay-Levi embroidered the motif on trim velvet tailoring. A floaty micro-floral dress was inspired by Waight. But there was a lot of Ramsay-Levi infused as well, such as the tailored leather outerwear and skinny cropped jeans. 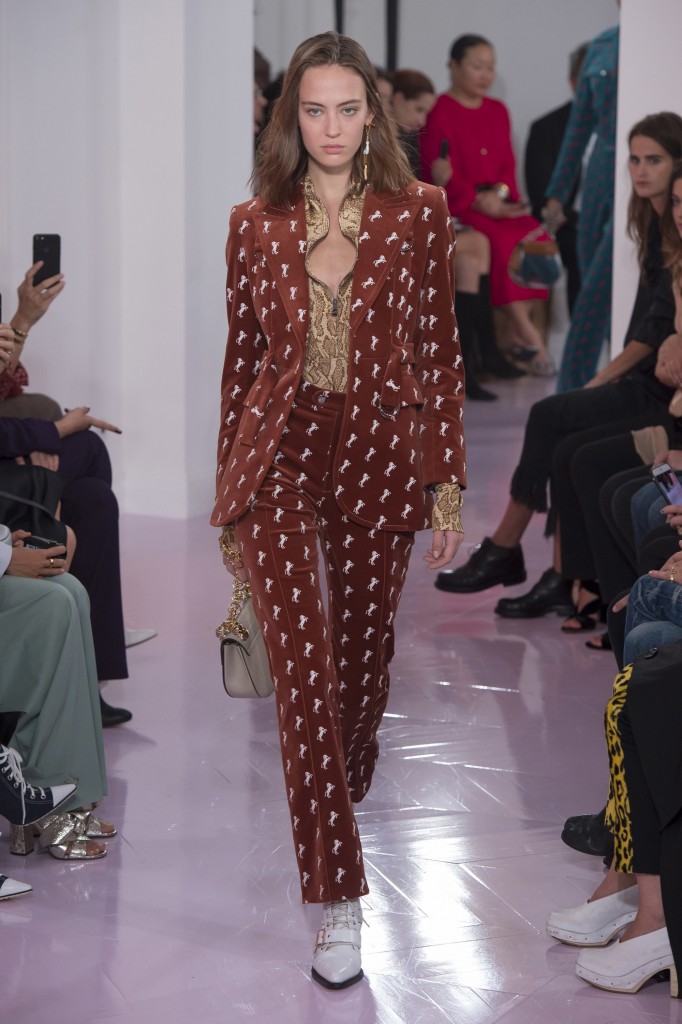 Anthony Vaccarello is paying tribute to the city of lights and to Mr. Yves Saint Laurent himself. The epic show was held outdoors, on a balmy night, with the Eiffel Tower sparkling in the background. Hundreds of spectators—the public and professionals—looked on, held in the awestruck moment. Vaccarello’s Saint Laurent girl wants to have fun, there were fanciful feathers, flirty glitter, and plenty of jaw-dropping boots. But the night was bittersweet for the house of Saint Laurent as Pierre Bergé passed away earlier this month. Vacarello started the show with hippie inspired looks that had a Moroccan feel,  it was a throwback to Yves Saint Laurant  and his love of Marrakech. There were floating, billowy-sleeved silk blouses, gold-coin–dot printed tulle tops, sparkling sequined dresses, bubbled frocks and fanciful ostrich feathers, all of it paired with the shortest of shorts and miniskirts and let’s not forget the over-the-top boots. This bold collection was sexy and confident!

Although the world is on edge today, with politics, threats of terrorists attacks and war, that didn’t reflect in many collections in Paris, there was a refreshing air of glitz and glamour; lighting the way for hopefulness and fun. Such collections included Balmain, Maison Margiela, Altuzarra and Dries Van Noten. 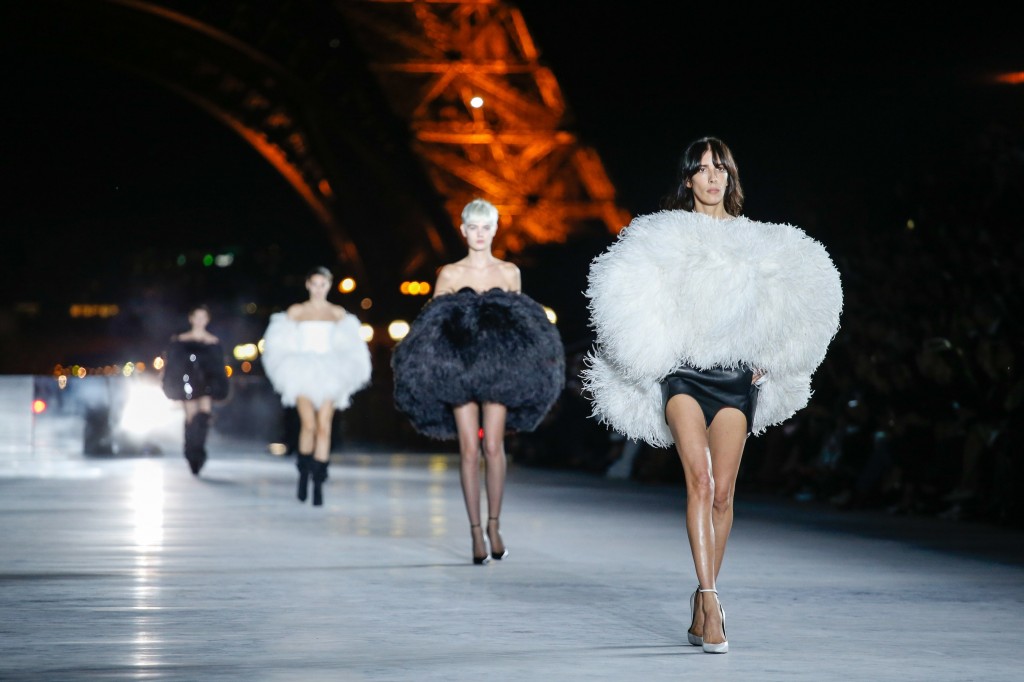 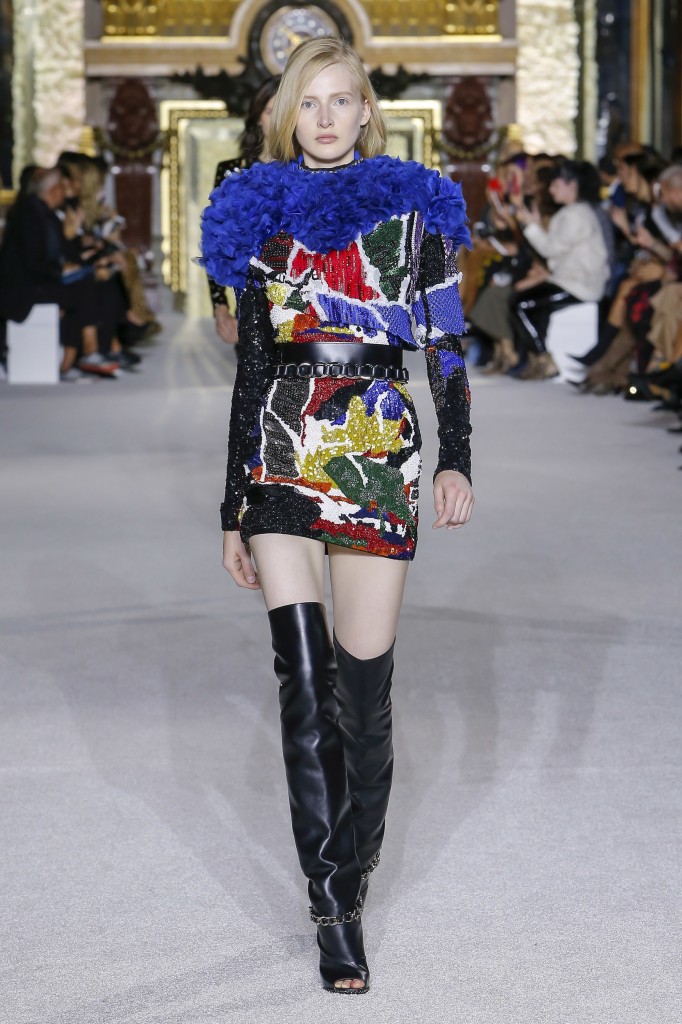 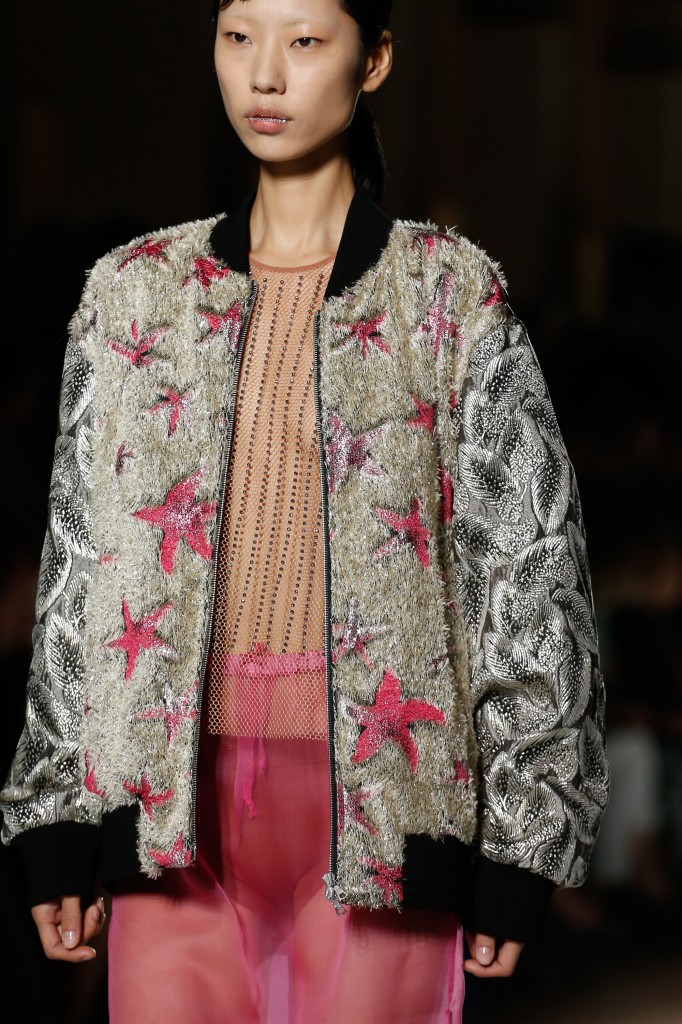 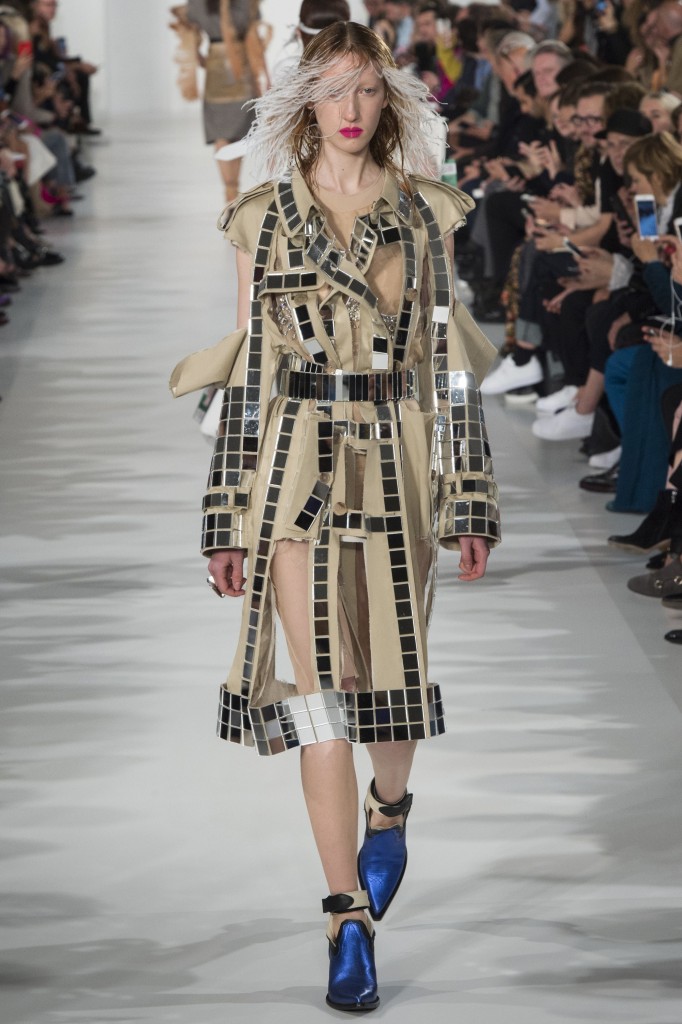 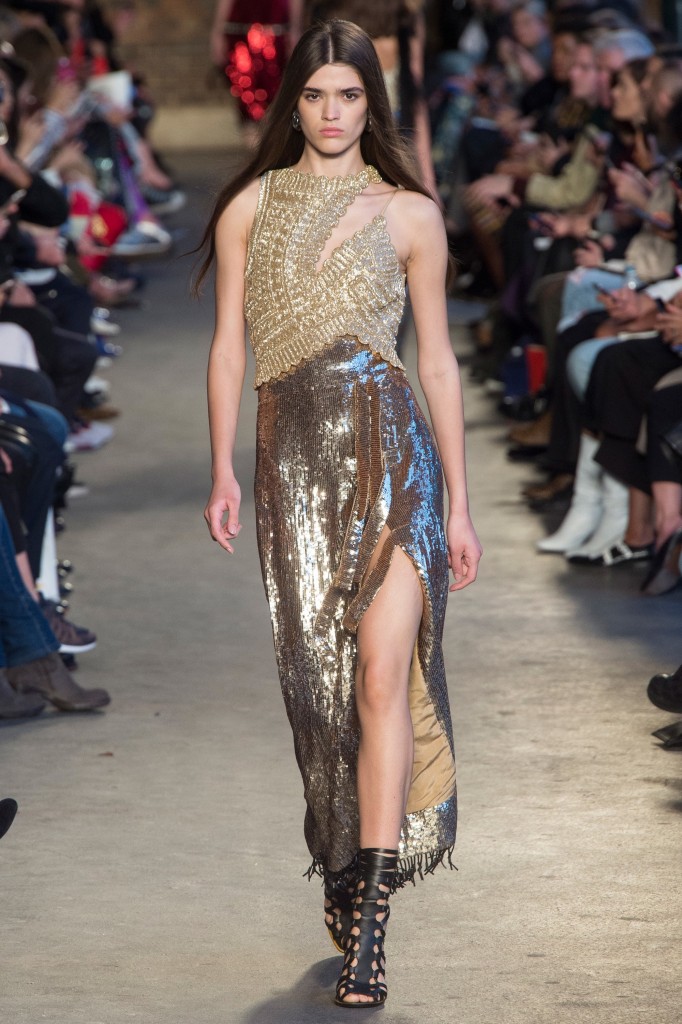 A throwback to the Eighties was a continuing theme that made its way to Paris. Virgil Abloh, the designer behind the cult label Off-White, was inspired by Princess Diana as “the people’s princess.” Marking the 20-year anniversary of her tragic death, Abloh payed homage to the fashion icon, most notably with his farewell to streetwear and opted for a feminine collection filled with tulle and flounce. But Naomi Campbell stole the show – with her regal strut – wearing an asymmetrically flounced white jacket and cycle shorts quite the twist on eveningwear.

Isabel Marant and Mugler also gave a nod to the Eighties this season. 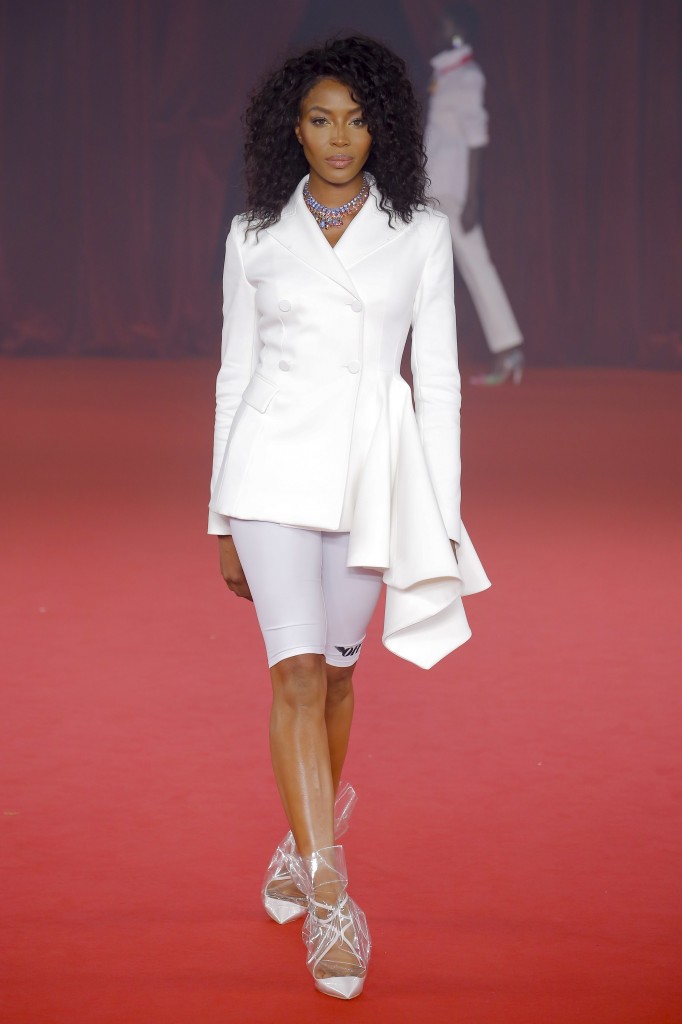 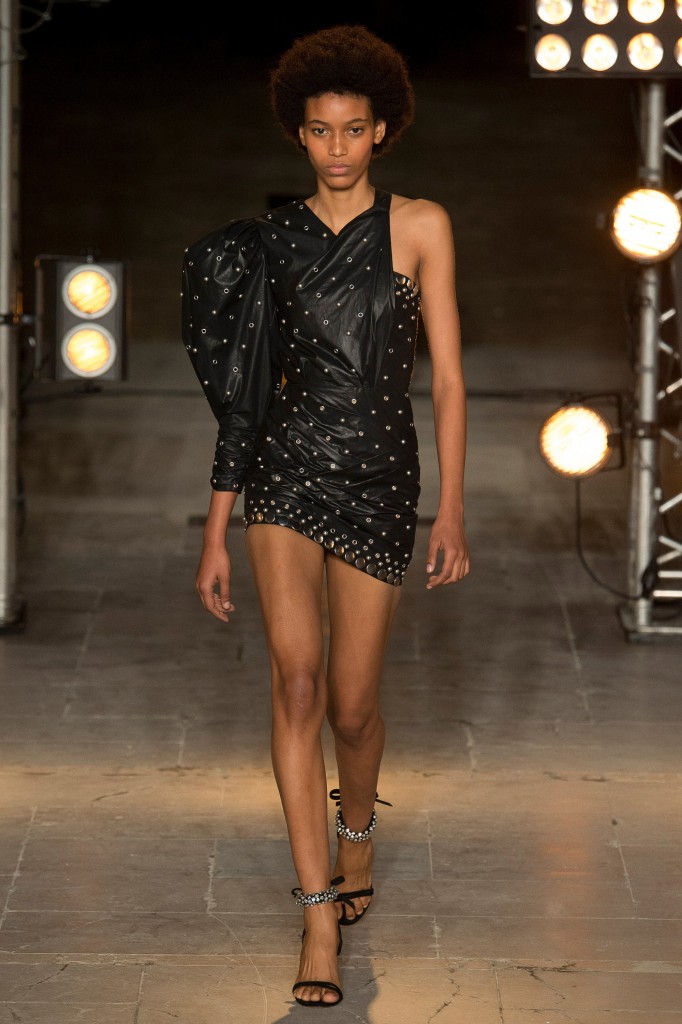 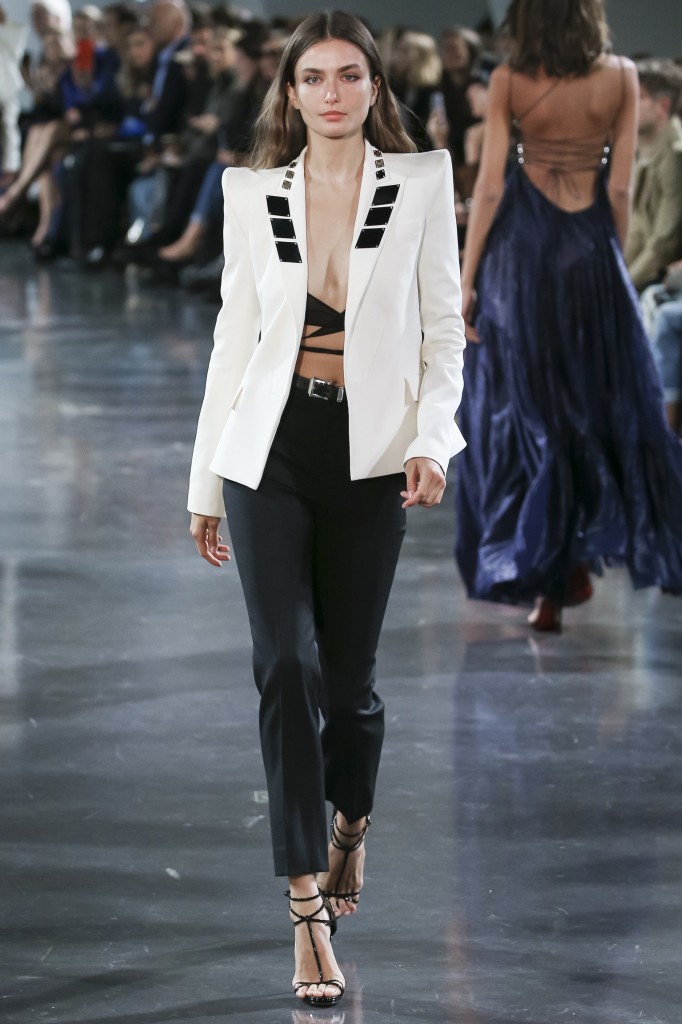 Sure they may not be mainstream designers, but you have to give credit to those designers who season after season march to their own beat. Such avante-garde designers include Rei Kawakubo for Comme des Garçons, Jun Takahashi for Undercover, Junya Watanabe, Yohji Yamamoto and Rick Owens. 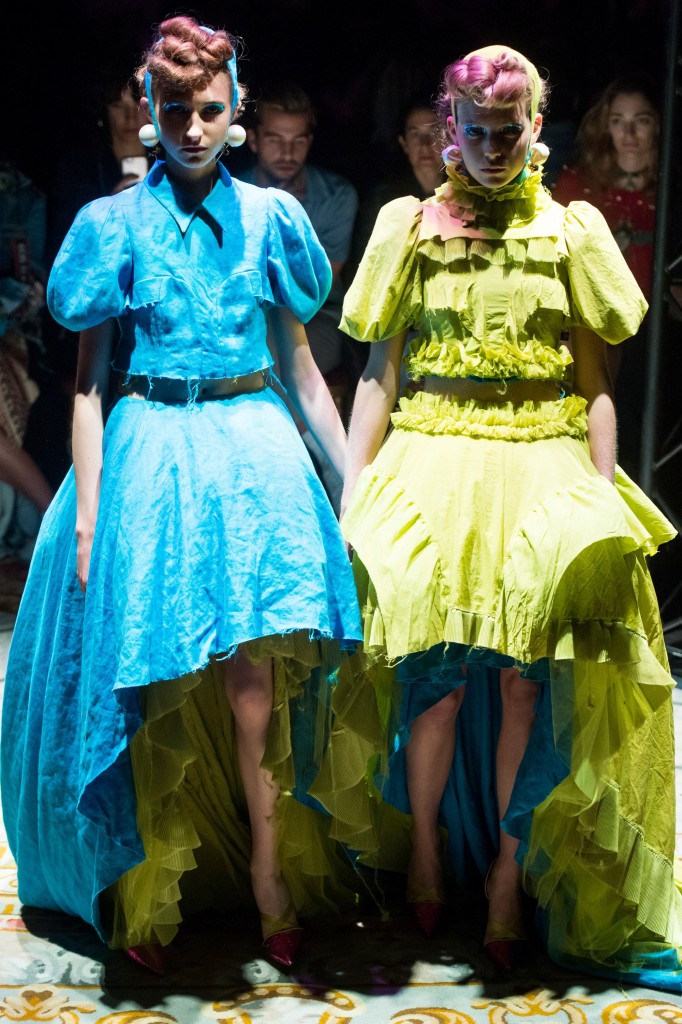 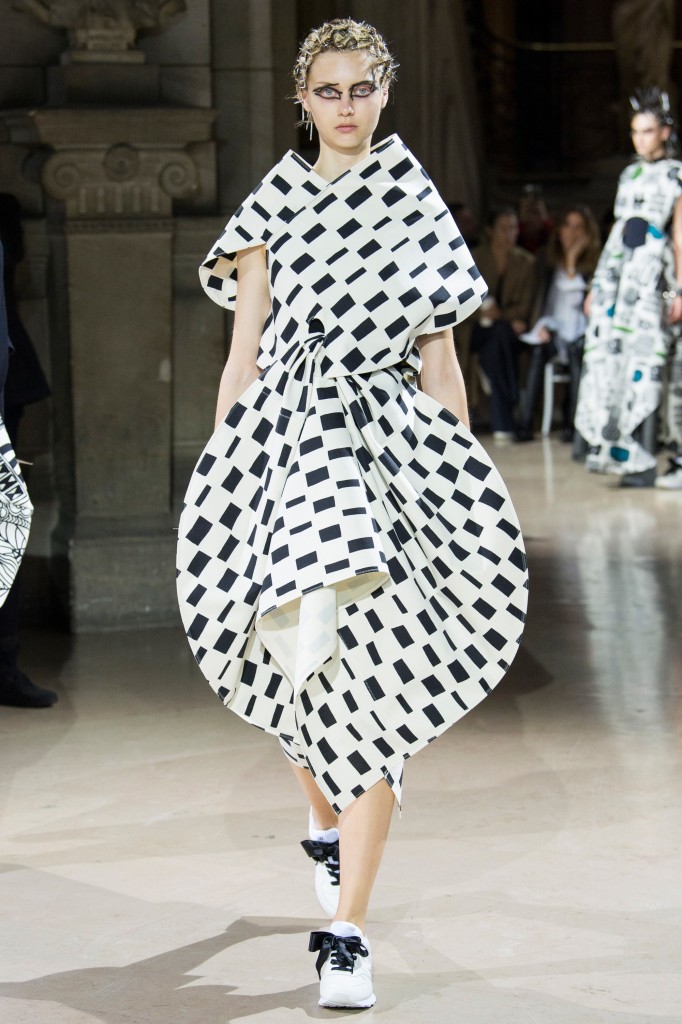 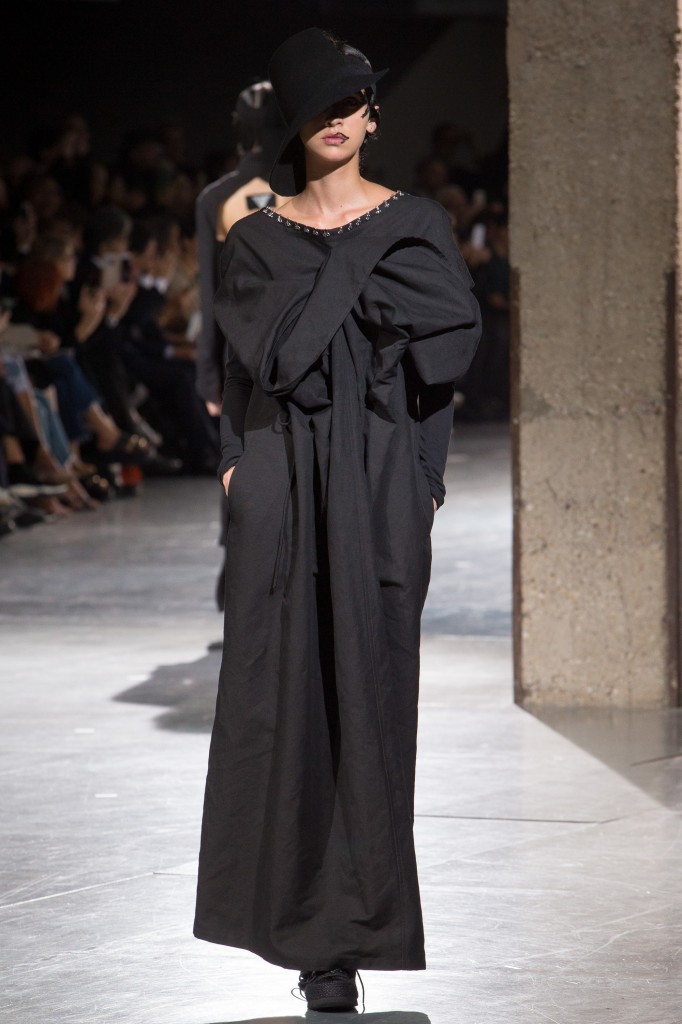 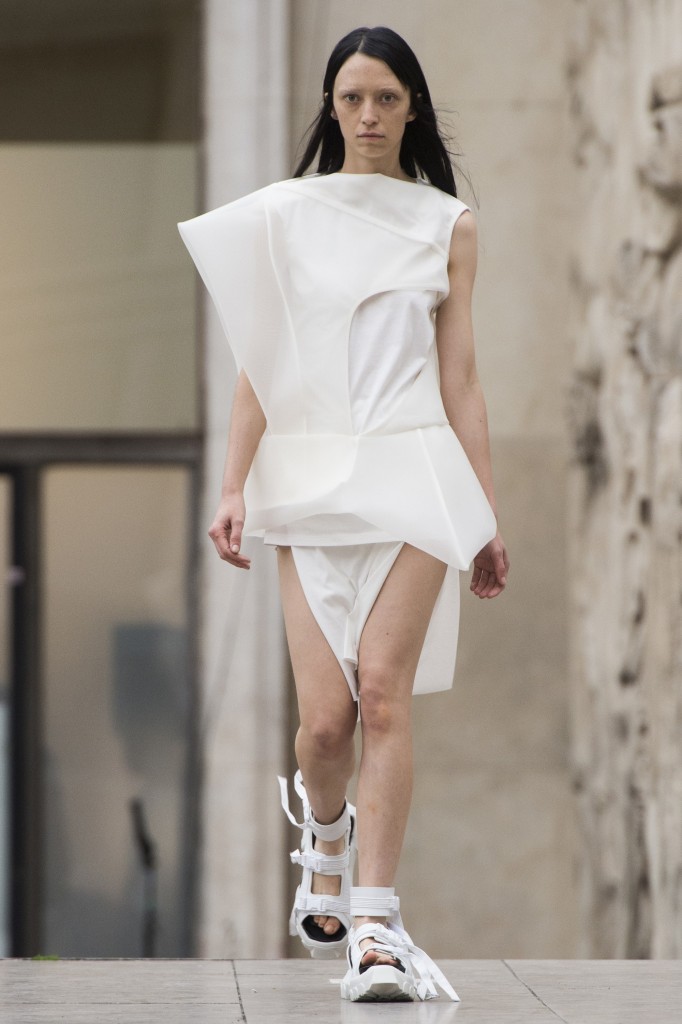