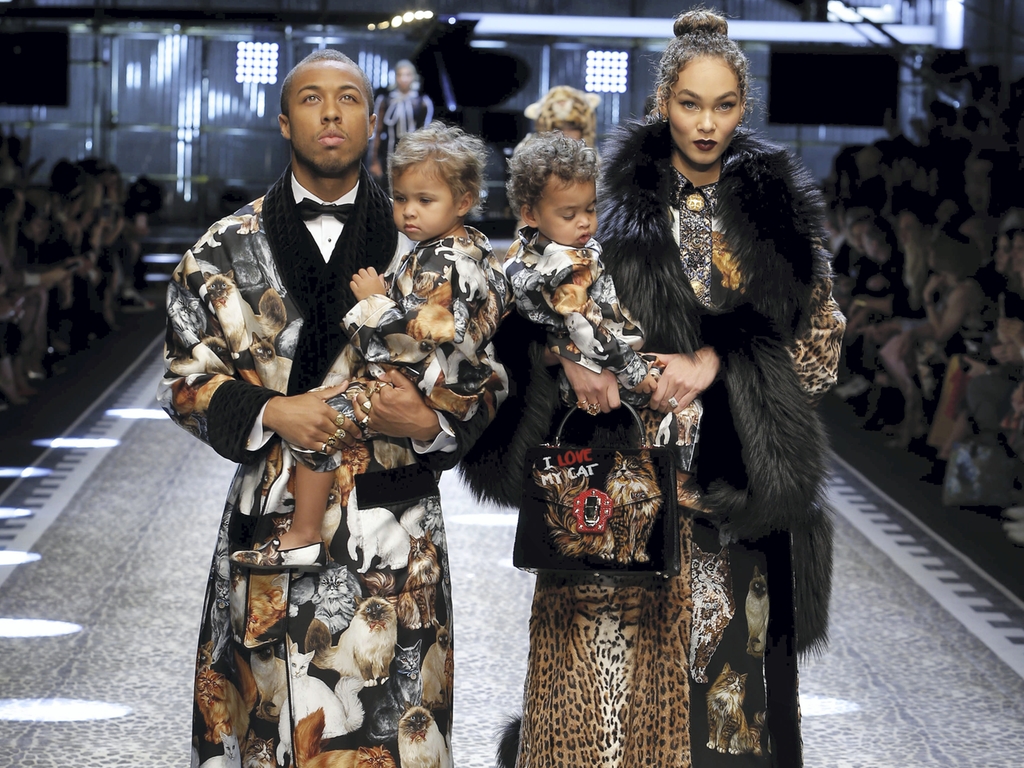 Thanks to millennial culture and an addiction for posting every move they make across several social media platforms, the rise of influencers and celebrity dressing has brought high end fashion to the masses. These fashionistas save every penny to be able to purchase the latest Gucci sneaker or Balenciaga hoodie. Staying ahead of the fashion flock has become a job in itself, as fashion darlings post their OOTD (outfit of the day) looks on Instagram and Snapchat. But now, having the latest “It” bag or shoe is not enough. For those wanting to ‘break’ the internet, the new ‘must-have’ accessory is a child. And as if that weren’t enough, you need to dress them in the same outfit as you!  Your own personal ‘mini-me.’ 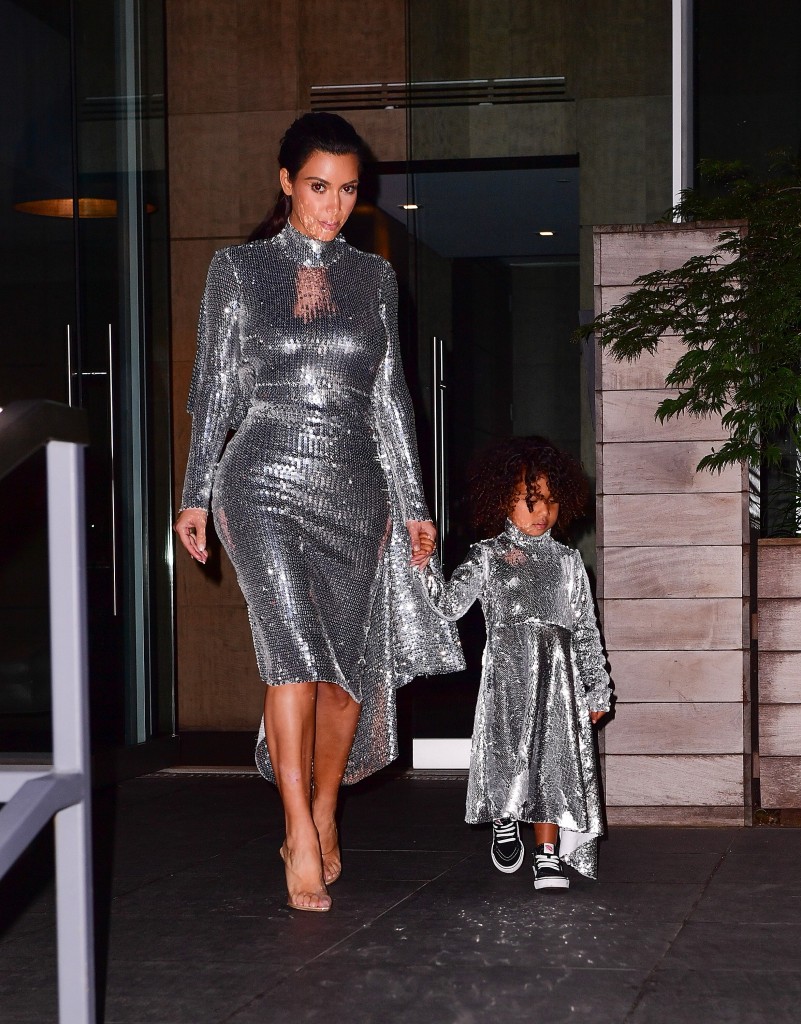 With the help of celeb parents such as Beyoncé/Kay Z and Kim Kardashian/Kanye West, the tiny doppelgänger trend is growing in popularity. Fashionable parents everywhere are posting  their matchy-matchy looks all over social media. But this growing trend straddles that fine line between fashionably cute and obnoxious. And worse, it’s the blatant exploitation of children in order to increase social media likes and build a bigger brand for monetary gain. In 2015 Anna Wintour (according to Radar Online on Feb. 23, 2015) staged a fashion intervention with Kim, advising her  to swap her daughter North’s (a toddler at the time) dreary wardrobe for pastels.  The Vogue editrix couldn’t understand why KKW dressed her in all black. In fact, Winter thought it inappropriate for children to be dressed in dark colors at all. 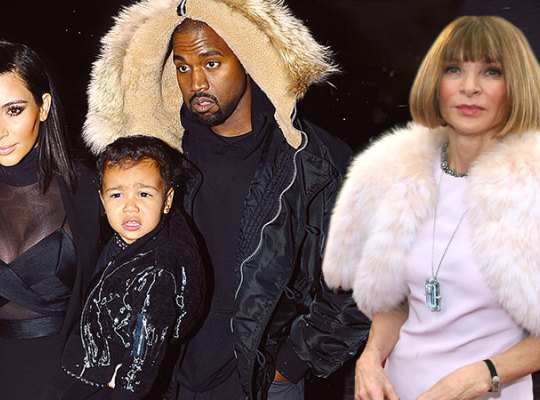 While many agree with Wintour, that children should look like children, there is no denying that the designer childrenwear business is rapidly growing. A report by Global Industry Analysts, entitled Children’s Wear: A Global Strategic Business Report, predicts that the childrenswear market will be worth $291 billion (US) by the end of 2020. The report cited the increasing number of luxury labels catering to this segment as a key growth driver. High-end labels such as Gucci, Givenchy, Balenciaga, Dolce & Gabbana, Burberry, Stella McCartney and Christian Dior are cashing in on the children’s market, driven in part by what the report describes as the “growing exposure of children to media and the ensuing rise in materialism.”

North West (daughter of Kim/Kanye) and Blue Ivy Carter (daughter of Beyoncé/Jay Z) have become key players in the mini-me trend, the pint-sized fashionistas and their moms wear matching designer looks often from labels such as Gucci, Vetements, and Balmain. It’s even rumored that Kim/Kanye’s son Saint is already wearing custom-made Lagerfeld. But it’s not only celebrity kids donning these pricy labels. The luxury childrenswear market is forecast to reach $6.6 billion in 2018, up by 3.8 percent year-on-year, according to Euromonitor, presenting ample growth opportunities as spending power increases and parents dish out upwards of $500 for a pair of miniature Gucci loafers to match their own. 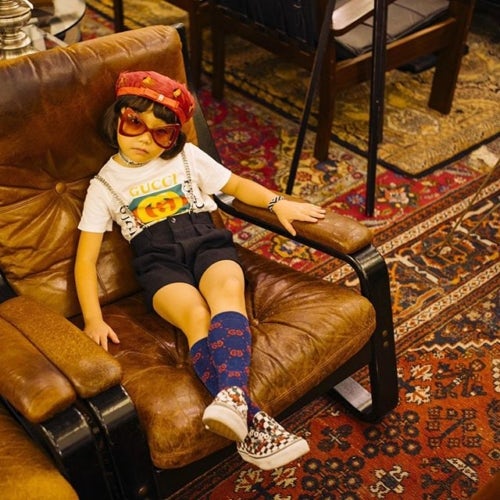 The growing popularity of the mini-me childrenswear trend is fueled by the allure of capturing that perfect Insta-moment. Fashionable Instagram kids are taking over and have a better sense of style than some adults.  There is an Instagram phenomenon for the under 10 set. Take Coco (@coco_pinkprincess), a child from Tokyo, with over 674,000 followers on Instagram, who is regularly dressed up in designer looks from Gucci, Moschino and Balenciaga. Or there’s Ivan (@thegoldenfly), who is the son of designer Natasha Zinko, who made his street style debut at Paris Fashion Week Feb. 2017. His profile reads “I dress to depress” and his street style game is on-point as he’s regularly photographed in Supreme, Comme des Garçons, and Vetements. 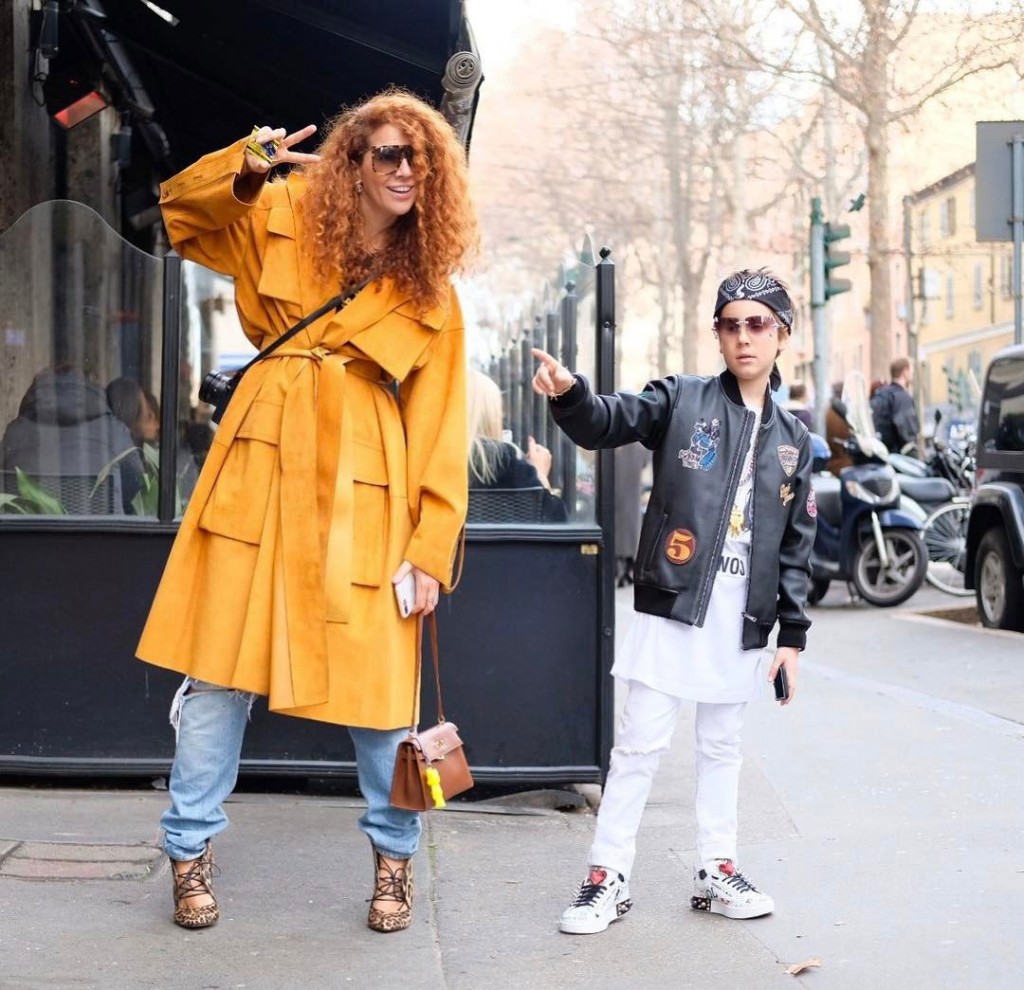 According to an article that ran in BOF on Oct 14, 2017, “People want to dress up their children to keep them fresh. Social media is making it easier to show pictures of your children, and parents and fashion labels are taking this demographic more seriously,” says David Park, an illustrator at Complex magazine, who launched a graphic alphabet book titled ‘ABC’s for the Little G’s’ earlier this year. Dedicated to ‘all the sneakerhead parents in the world’, Park’s book teaches toddlers their ABC’s via sneaker graphics: A is for Airmax, G is for Gucci, Y is for Yeezy… The book emphasizes a shift in perception: childrenswear is now cool. The market is currently worth $1.4 billion, according to Euromonitor, and the value of childrenswear in the U.S. is estimated to grow 8 percent by 2021, to $34 million. Luxury brands from Oscar de la Renta to Dolce & Gabbana have long produced childrenswear, but the category is booming with launches from labels like Givenchy, Yeezy and Balenciaga, giving it an extra level of street cred. 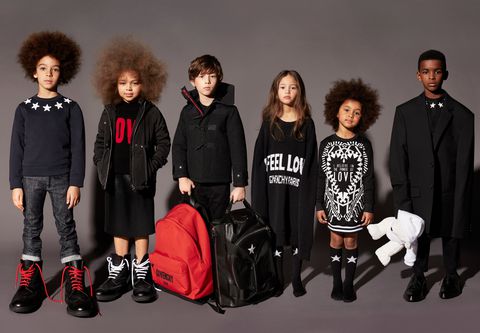 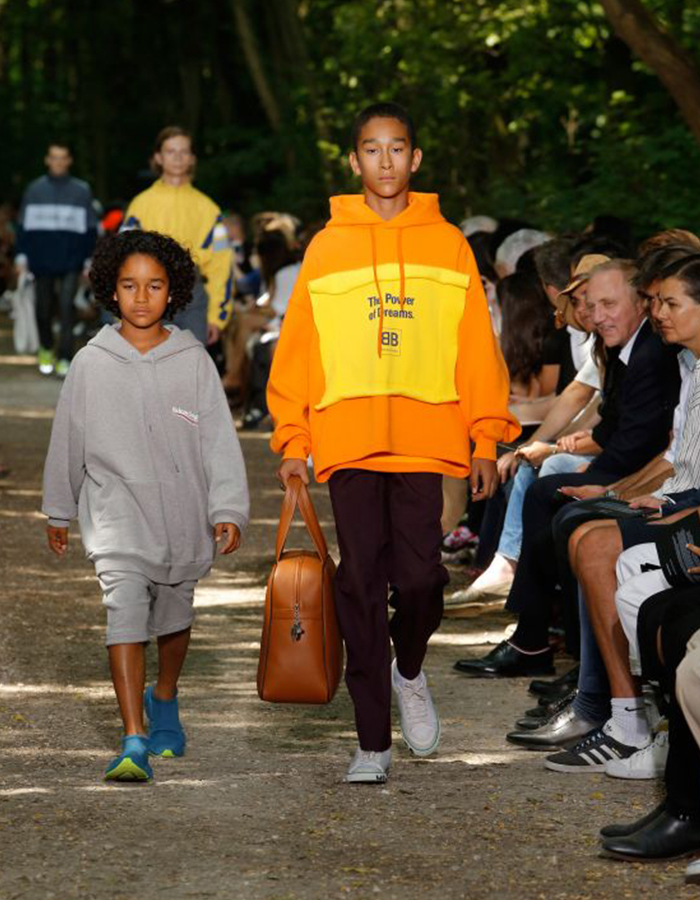 The childrenswear market has become increasingly trend-oriented and at UoF, we are on top of the childrenswear trend as we offer an assortment if  childrenswear lessons on the  UoF website, ranging from drafting children’s pattern making slopers to how to draw children’s figures. Click of the link below to learn more about our childrenswear design lessons. 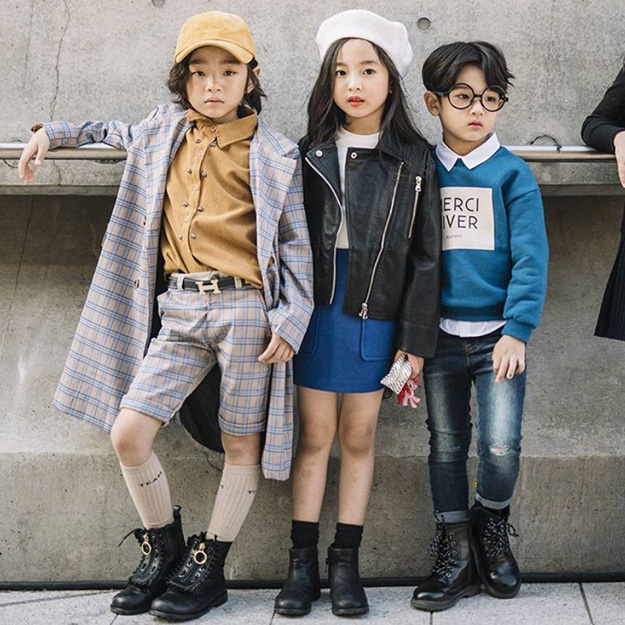 Do you find dressing a kid like a mini-me is cute or obnoxious?

And just in time for the holidays, UoF is offering some amazing savings

on a Yearly or Monthly subscription.