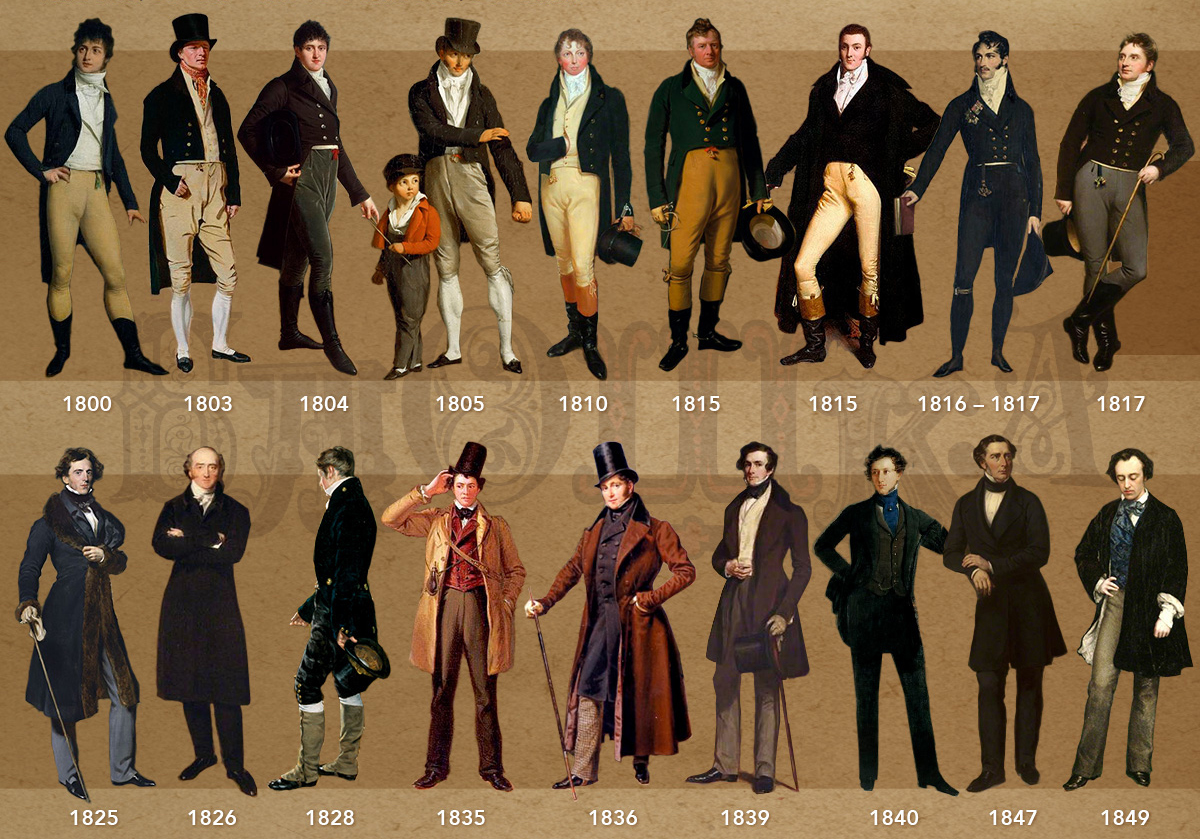 In fashion, we tend to overlook the menswear industry. It doesn’t change as much with the seasons and is all about the details, the fit and the fabrics. For some, it is not as interesting as the womenswear… until now. Menswear has been growing faster than womenswear and is expected to reach $33 billion by 2020. That’s why it is extremely important, as a designer or retailer, to learn about this segment of the industry.

The University of Fashion has recently launched its menswear discipline, so before checking out our lessons, how about taking a trip down memory lane to understand how the menswear industry has evolved?

Men’s fashion was initially functional in purpose. Paleolithic nomads used animal skins as protection from environmental conditions. The Ancient Egyptians provided the first signs that men’s clothing could made the leap from function to fashion. In this period, clothing and accessories began to serve as key symbols of rank and fortune.

Later on, the wealthiest men adopted tunics, and this trend continued with the toga in Ancient Greece and Rome, as well in the Middle Ages. During these periods, the essential item was the fabric, made of the finest materials. 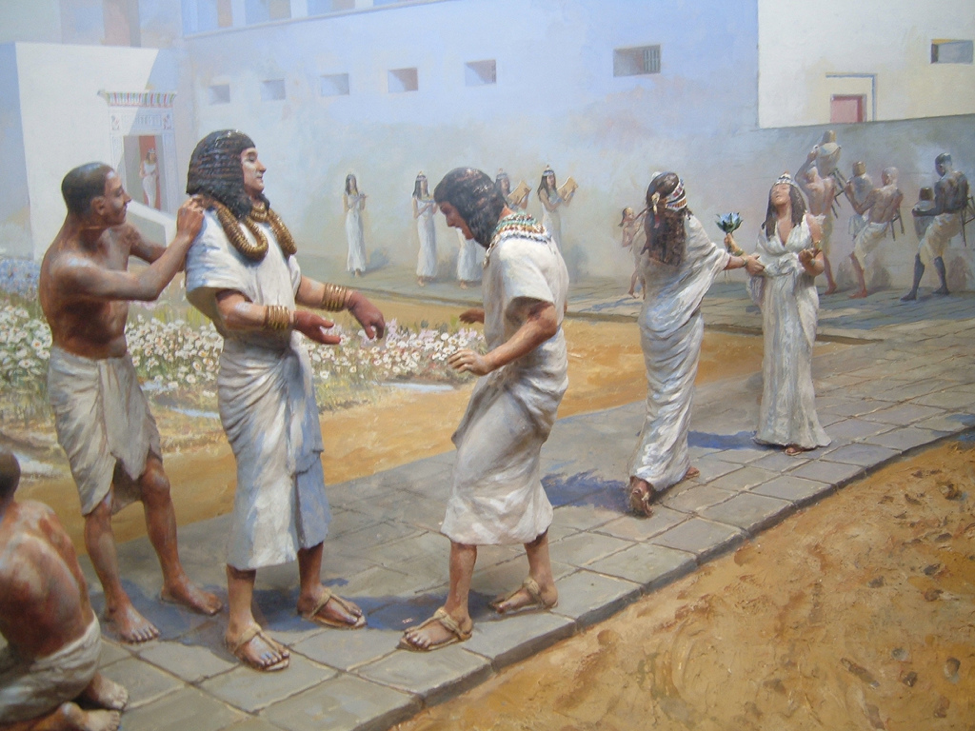 A big shift in menswear followed the American (1775-1783) and French (1789-1799) Revolutions, when fashion became understated and “undress” was the popular opposition to the abundant adornments that defined aristocracy. While men continued to wear the waistcoat, coat and breeches of the previous period for both full dress and undress, they were now made of the same fabric, signaling the birth of the three-piece suit. The early 1800s saw the final abandonment of lace, embroidery and other embellishment from serious men’s clothing and it became gauche to dress like an aristocrat.

In Britain, Beau Brummell, a trendsetter of the time, was credited with introducing and making the modern man’s suit and necktie fashionable. Savile Row, or “The Row” as it is commonly-termed, became the center of traditional bespoke tailoring. This trend led to trousers that are popular in menswear today and have been for the past 200 years. What Paris was to women’s fashion, London was to men’s. After the American Civil War (1861-1865), standardized sizing in men’s clothing introduced the concept of mass-production, with less individual tailoring, and the necktie was introduced by 1880. 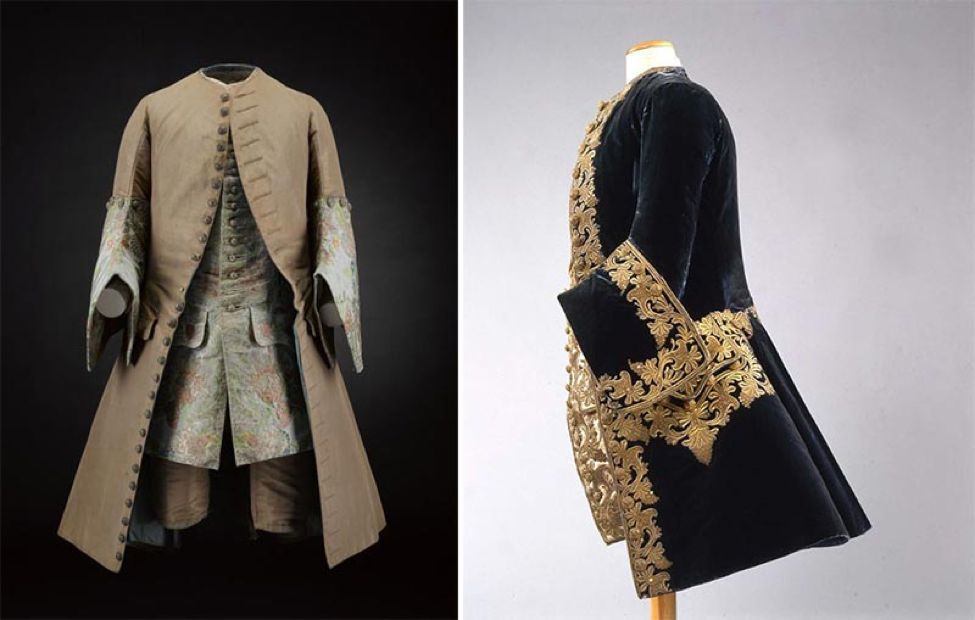 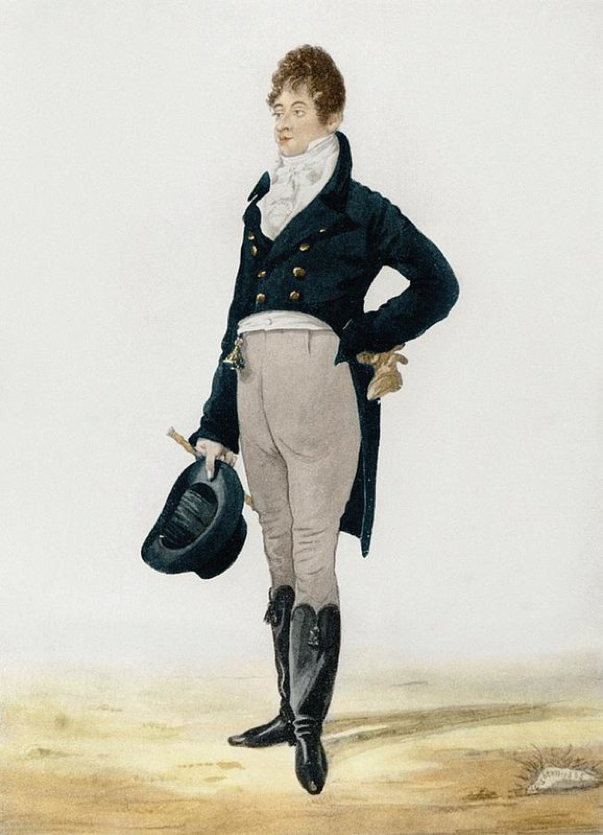 During the 1900s, the United States took an even less formal approach to fashion when they introduced the ‘sportswear’ trend. With the invention of the automobile, American fashion landed in England and the dinner jacket, a more leisurely attire, became popular among the younger generations.

Another big American fashion influence at the time was jazz music. A new generation of men were rebelling against the traditions of their fathers and clothing inspired by the Jazz Age was born, consisting of tight-fitting suits. America became the center of the men’s fashion world and modern fashion was here to stay. Blazers became popular for summer wear, the tuxedo was the jacket of the night, and the Zoot suit was popular in the nightclubs of Harlem. The “gangster influence” in suits was also an important trend. Fashion for men became a display of their personality and environment. 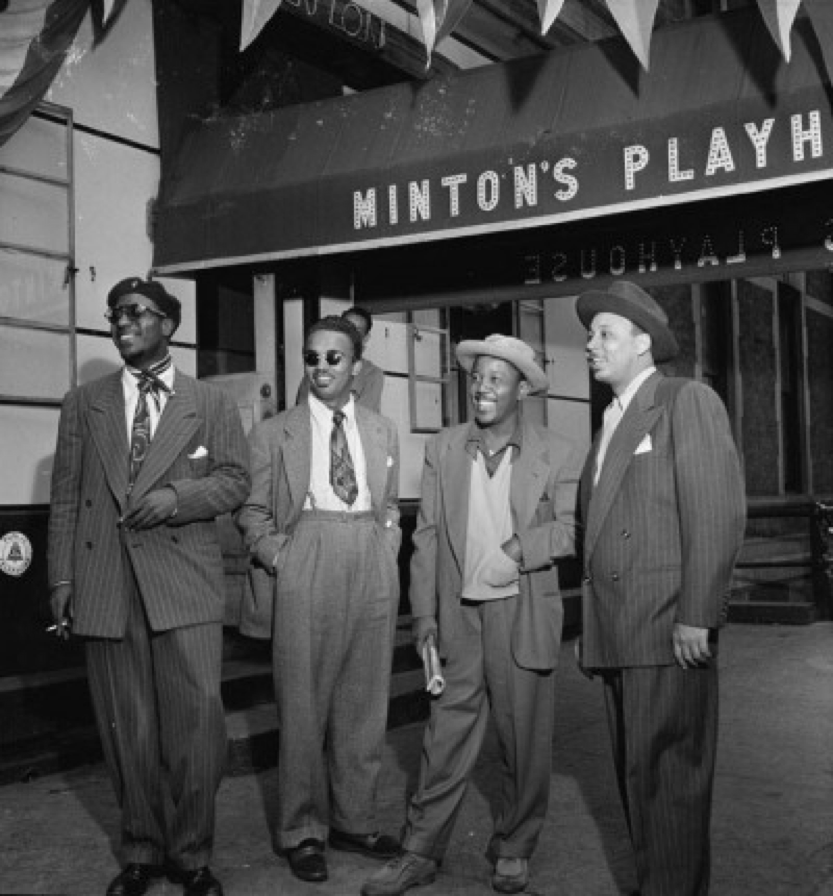 By the late 1940s and early 1950s, beginning with the introduction of the Hawaiian shirt, California surfer culture emerged and is ever present in men’s fashion even today. Another 50s trend was the “preppy look,” consisting of clothes worn by men at prep and Ivy League schools, such as button-down shirts, golf shirts, chino pants, and loafers. Other trendsetters in the 1950s included Elvis Presley and the British Teddy Boys. The key to these new fashion trends was comfort with personality, each trend helping to define the ‘tribe’ or subcultures to which a man chose to belong.

The 1960s brought Italian fashion to the forefront. Brands emerged that were able to compete with the bespoke tailors of Saville Row. Still relevant among that group initial group are Brioni, Nino Cerutti and Ermenegildo Zegna.

With the ‘British Invasion’ of the 60s came another important influence, Collarless, cylindrical suits created for the Beatles by Pierre Cardin and Douglas Millings were all the rage and helped usher in the ‘mod look’ and later the ‘psychedelic look.’

By the 1970s, ‘disco style,’ popularized by the movie “Saturday Night Fever” and ‘punk style’ from London, brought a new generation of menswear consumers into the marketplace. The concept of individuality and personality was fundamental to this period and continues today. 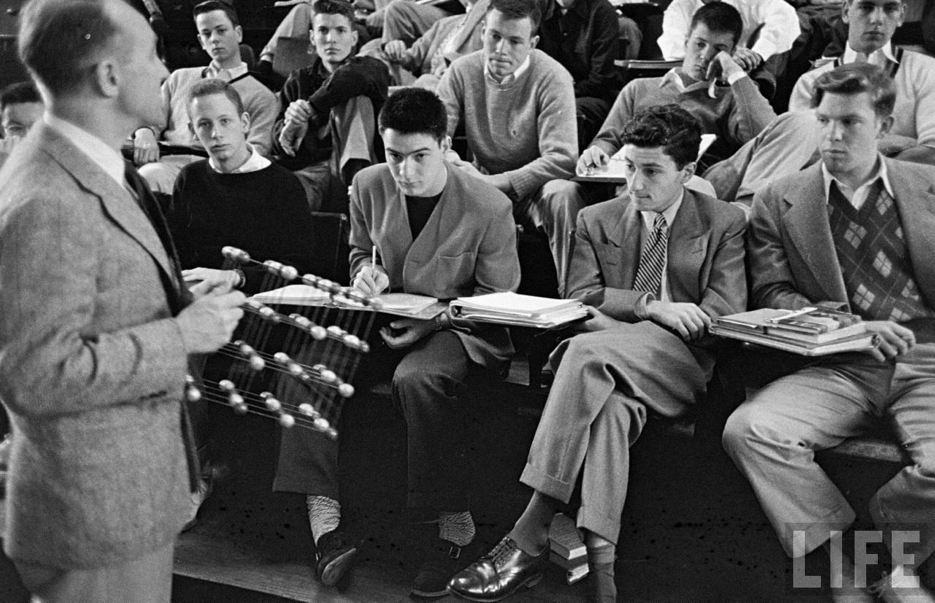 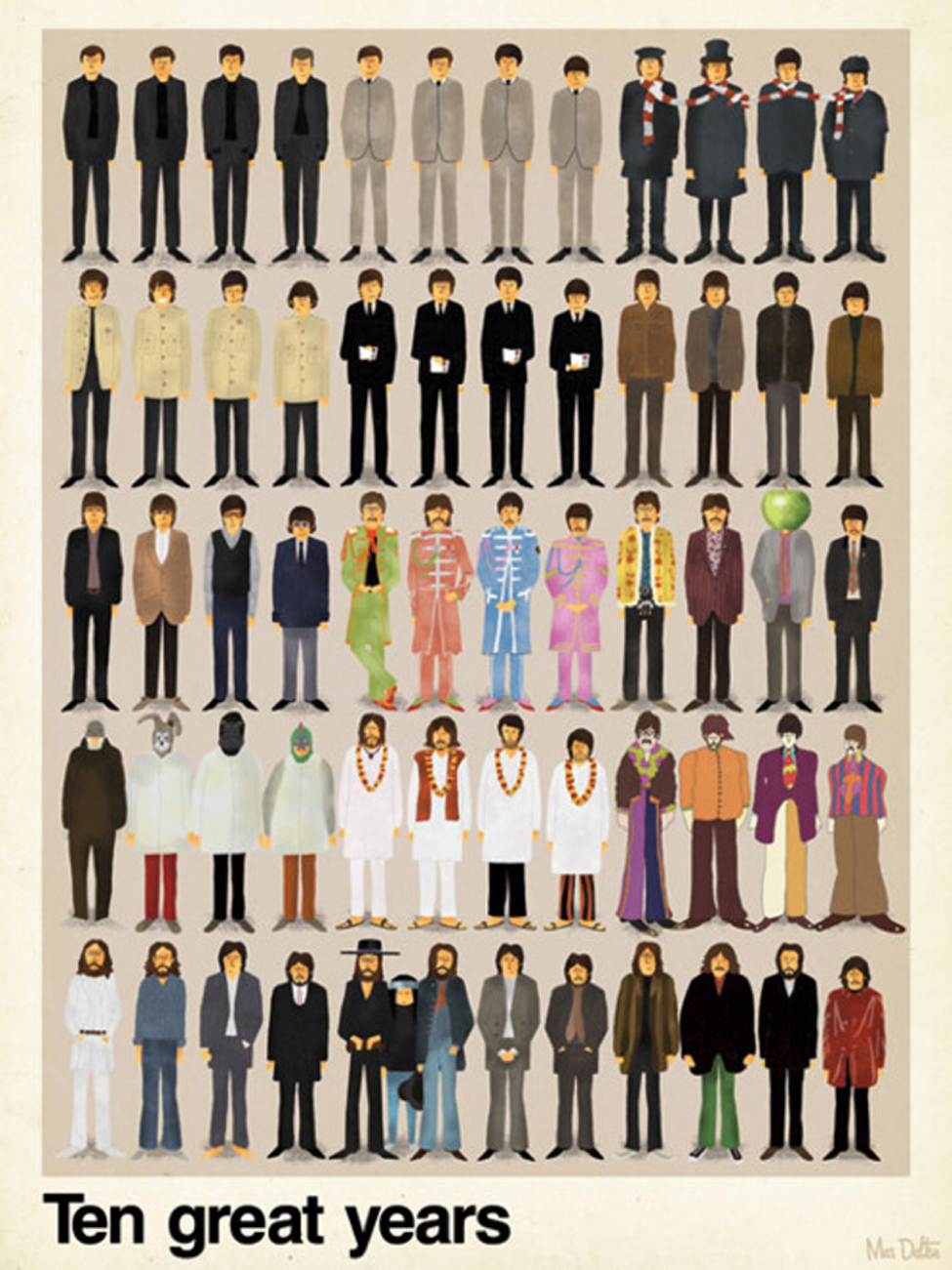 The 1980s became known as the ‘decade of excess,’ as Baby Boomers and Yuppies placed importance on ‘status’ and ‘luxury.’ In the movie American Gigolo, Giorgio Armani designed relaxed, yet elegant, deconstructed suits that epitomized the sexy, wealthy young man (played by Richard Gere), as the “playboy” of the time. This trend was in contrast to the emergence of streetwear looks associated with the ‘breakdance’ movement, which consisted of sneakers, shoes with thick, elaborately patterned laces and colorful nylon tracksuits.

As a backlash to 80s ‘bad taste,’ the 1990s represented the clean, pared down era, a time when menswear returned to beautifully tailored suits in classic colors, especially those from Helmut Lang, Ermenegildo Zegna, Hugo Boss, Nino Cerutti, Giorgio Armani and Ralph Lauren. The term “metrosexual” was coined by British journalist Mark Simpson as the trait of an urban male of any sexual orientation (usually heterosexual) who has a strong aesthetic sense and spends a great amount of time and money on his appearance and lifestyle. Italian suits were the basis for luxury and high-quality dressing. The Armani suit dressed the businessman throughout the decade until “business casual” took over in the mid-to-late 1990s. Other trends went in and out of fashion during this decade including the grunge look and a return to punk style, although this time known as ‘cyber punk’ and ‘hip-hop style,’ inspired by street culture. In an ironic move, the preppy look made a comeback in the late 90s, closely associated with the Tommy Hilfiger clothing line, which emulated the more expensive preppy look pioneered a decade earlier by Ralph Lauren. 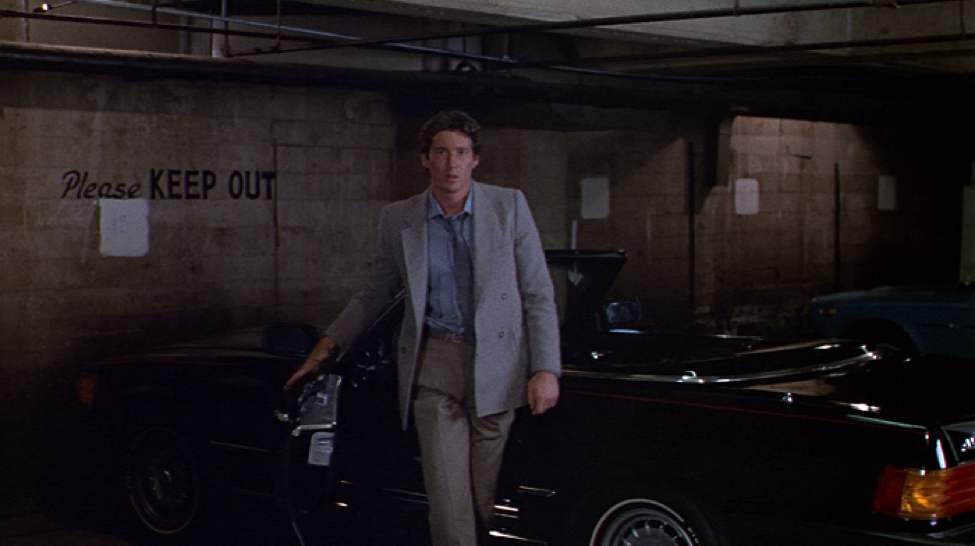 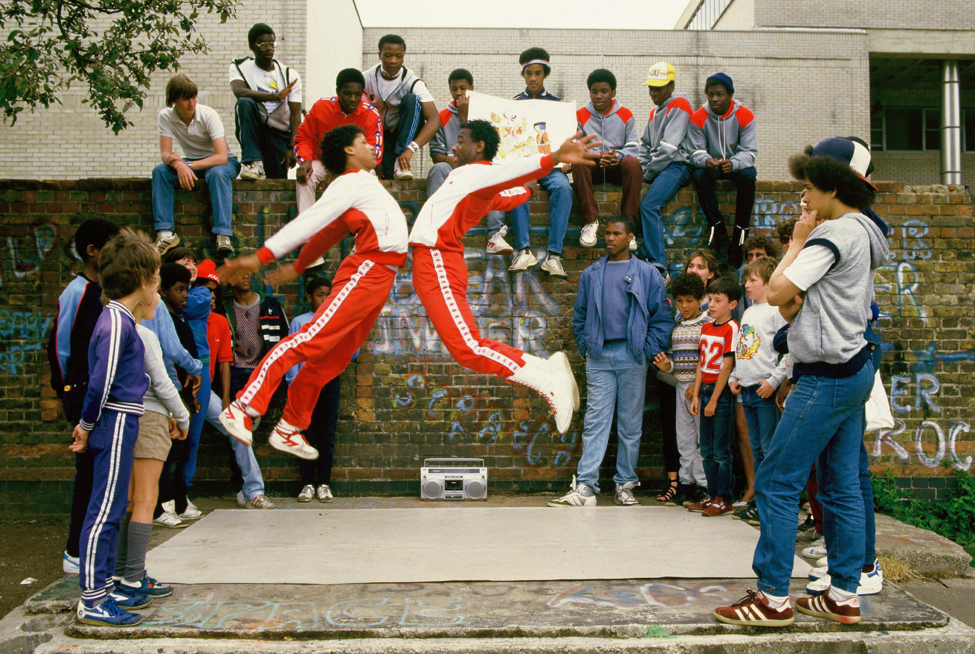 New Millennium – A Look Back & Forward

The new millennium began with a retro influence, a mixture of the best elements of all previous fashion eras. Once the first major American corporation Alcoa sanctioned casual office attire in 1991, it wasn’t long before “casual Friday” was replaced with “casual everyday” as most companies loosened their dress code restrictions, with the exception of the legal and financial professions and those requiring uniforms.

In 2000, designer Hedi Slimane introduced the ‘ultra-skinny silhouette’ at Dior and mainstreamed them later at Saint Laurent – ushering in a seismic shift in the menswear industry.

In 2006, American designer Thom Browne burst onto the menswear stage with his ‘short length suits.’ Sports, performance apparel and the new athleisurewear category, continue to play a major role in men’s clothing.

As designers attempt to blur the lines between men and women’s fashion, such as J.W. Anderson and his ‘shared closet’ concept, the androgynous fashion movement continues to be explored.

With a booming economy bespoke tailoring is enjoying a comeback. New bespoke tailors are gaining popularity, with brands such as Ozwald Boateng (British-Ghanian descent) and Musika Frère (American), whose suits are offered in unusual colors and patterns, and whose client list includes, Jay Z, Michael B. Jordan, Stephen Curry, Kevin Hart and even Beyoncé.

In 2018, John Galiano introduced the world to ‘men’s couture’ with his Artisanal bias cut suits for Maison Margiela. 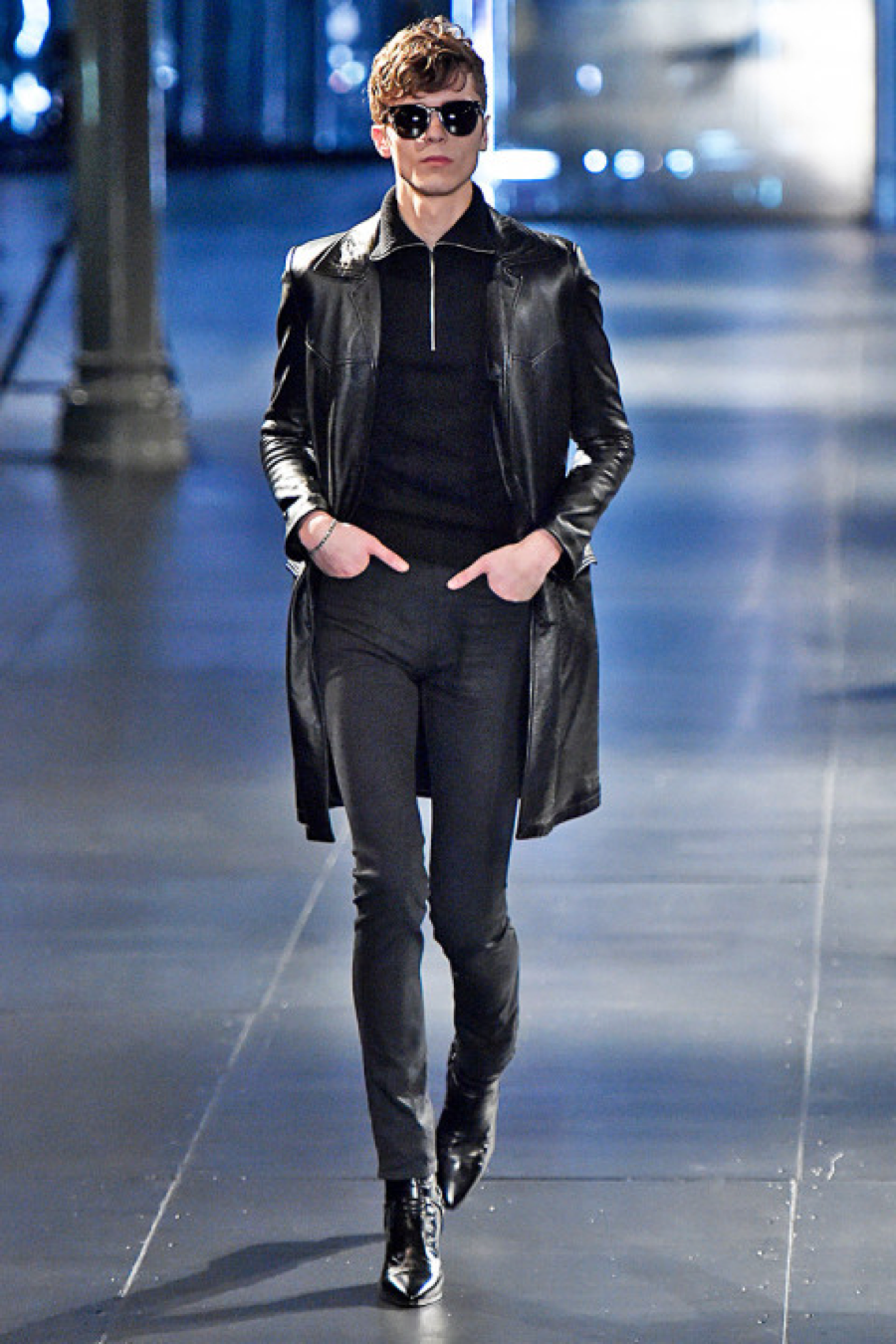 Menswear has certainly evolved, from a rigid, controlled look, to one that is more casual, more personal and more connected to today’s lifestyle. Yes, menswear doesn’t change radically, but its evolution definitely shows that men are using fashion to express who they are now. Men who are freer to be themselves, men who are more comfortable in their own skin, and who are using fashion for self-expression, makes the future of menswear an exciting proposition. 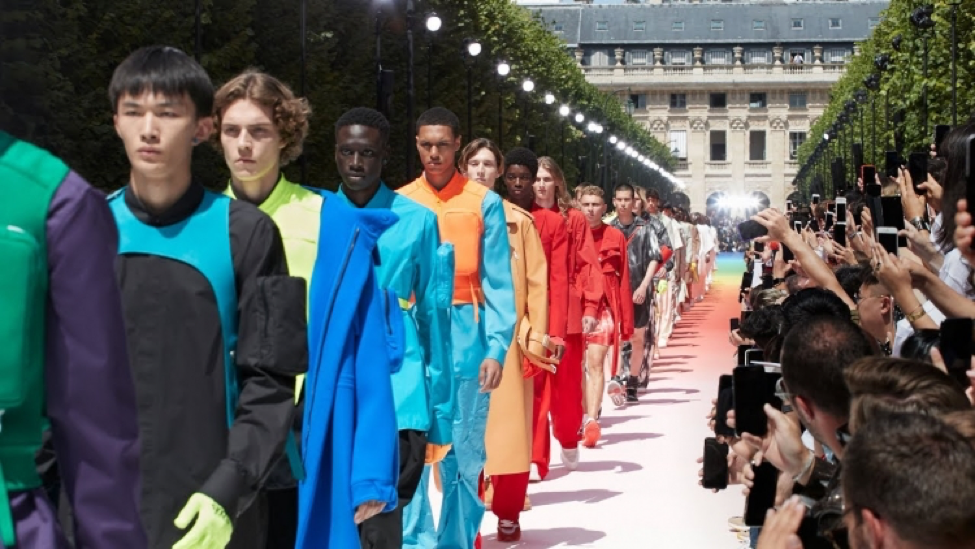 Care to share who are your favorite menswear designer/designers of all time?

Martha J. Nieto is a regular contributor for the University of Fashion. She is Colombian by birth but lives between Milan and New York and travels frequently around Asia for business. She has an extensive experience in merchandising/buying and product development by working for the past 15 years with high-level designers at top European luxury companies, such as L’Oréal, Gianfranco Ferre, Valentino, Roberto Cavalli, Trussardi and Frette. She also has had the privilege to work with prominent fashion colleges and institutes, such as La Salle College, The New School of Design, Accademia del Lusso and Accademia Costume and Moda, forming future generations of fashion managers. She has always been a key liaison between design and commercial teams, identifying and developing effective product strategies, in order to drive seasonal business and brand positioning worldwide. Today she owns her own International Fashion Consulting Firm for fashion retailers and emerging designers, who are looking to strengthen and internationalized their fashion business. Follow her on Twitter & Instagram @marthajnieto.