I know I am late to this party, but I finally had the chance to see the Alexander McQueen documentary. If you’ve been under the same rock I have, check out the trailer here. Then, make sure to stream the full length version.

The reason I bring up the McQueen documentary is that it reminds me of a time when fashion shows told tales, the viewer was taken on a visceral journey, and when fashion felt like art, not necessarily commerce. As I sat down to write yet another NYFW review, I realized that I have been covering fashion weeks for over a decade. Whether as a wanna-be fashion student, actual fashion student, designer or blogger, I’ve clicked through countless slides, attended umpteen shows and shown my own collection at NYFW.

While I identify most with the “little guy/gal,” I have big expectations from well-established designers with financial resources and substantial backing. With very few exceptions (especially since Thom Browne packed up for Paris), I rarely see the likes of a McQueen-worthy vision on New York runways. So with McQueen as my guide, I’ve selected the most exhilarating, tale-telling collection (in my humble opinion, of course) by an established player in the NY fashion scene to cover this NYFW. And the honor goes to…none other than Marc Jacobs.

This is not to say that Ralph Lauren’s 50th anniversary collection or Raf Simons showing for Calvin Klein shouldn’t receive a mention, but three elements push Marc Jacobs S/S 2019 collection to the top.

A response to the cultural/societal/political landscape 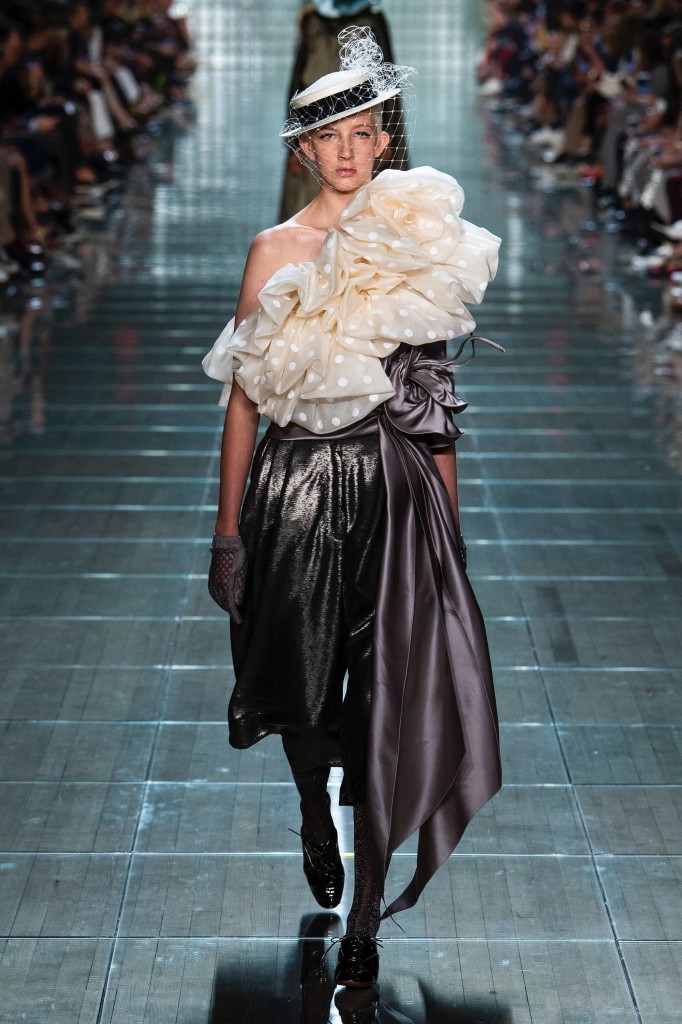 Much like movies were an escape during the Great Depression, I think Marc Jacobs’ confectionary creations for S/S 2019 offered us a bit of an escape from negative news, a growing division between people and an impending and intense political cycle.  But just because Jacobs’ larger-than-life ensembles were bright, well-crafted eye candy, doesn’t mean there wasn’t a serious stance embedded in the fluff. Models of all races graced the inclusive Jacobs’ runway, as did trans models, Finn Buchanan and Dara Allen. 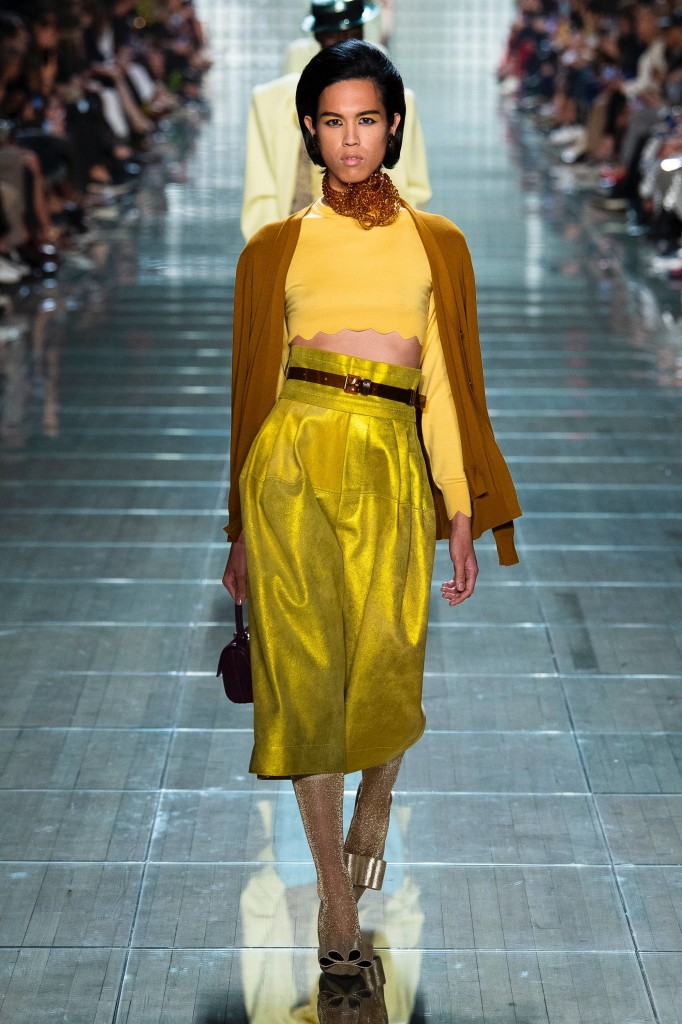 Sometimes I play a little game with myself, just to keep things interesting. I do my best to study a collection, feel the feels and then give my best stab at the designer’s inspiration before reading a word of a review. Marc Jacobs sited a 1960s Barbara Streisand as inspiration for S/S 2019, but a more detailed story played out in my head. So whether my story has anything to do with Jacobs original inspiration or not, the fact that his collection inspired such a tale means it was a collection that sparked imagination—a “Marc” of an exquisite collection. 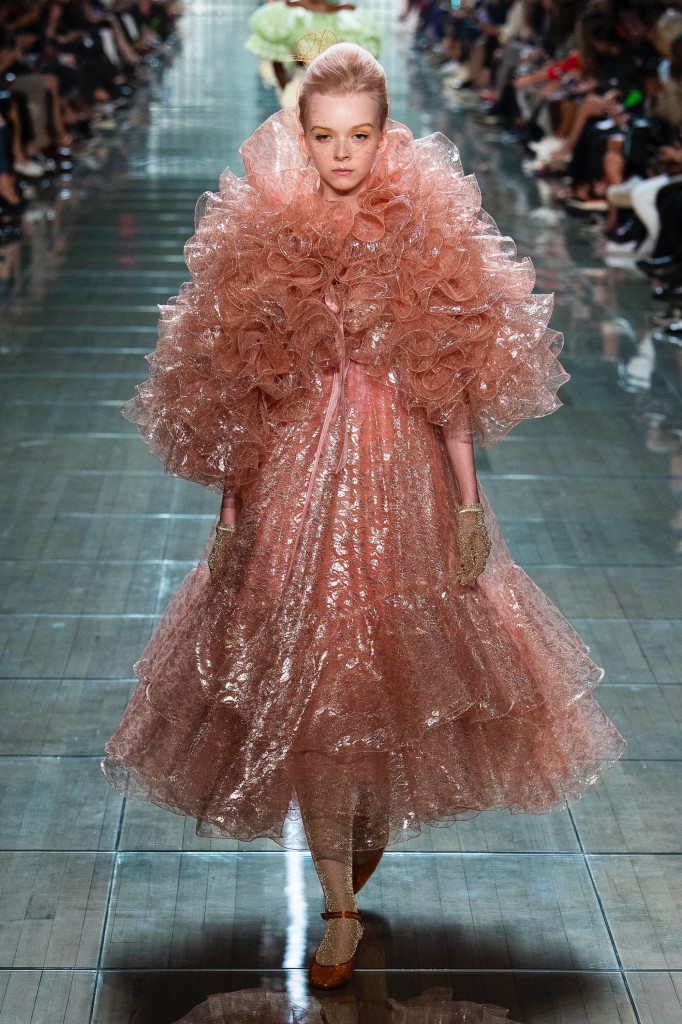 The 60s reference was clear in hair and makeup, but the volume and silhouettes were a far cry from the mini dresses popularized in the 60s. I imagined vivid scenes from the 1967 cult classic Valley of the Dolls in which three girls found their way into showbiz, became famous and depended on “uppers,” sleeping pills, and diet pills (which they called “dolls”) to sustain a life in Hollywood. 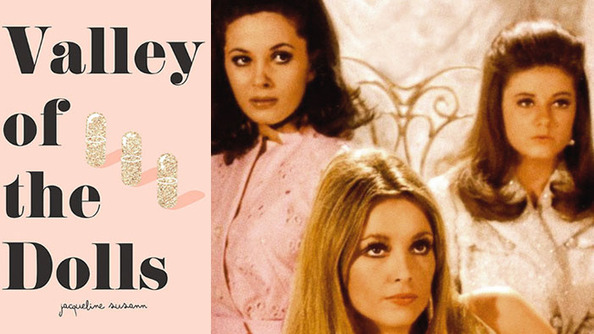 The top hats, the ruffled collars, the oversized bows and rosettes felt doll-like and the voluminous cloud confections felt like “doll”-induced hazes in which the models were floating down the runway. And then there’s the pastel heavy color palette…call me “on dolls,” but I couldn’t help draw a few parallels. 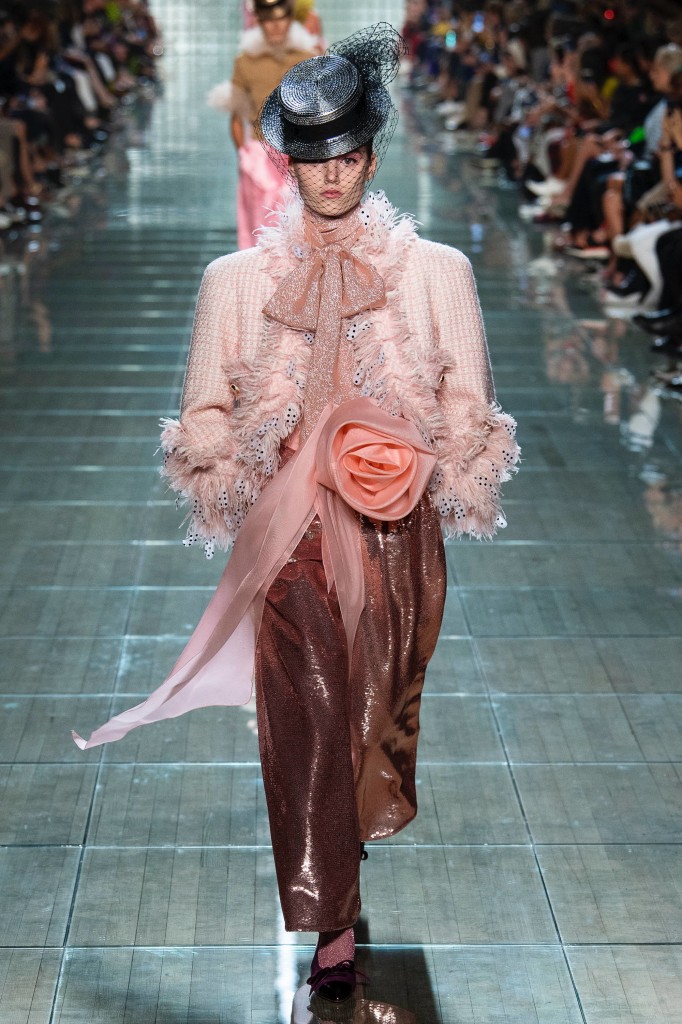 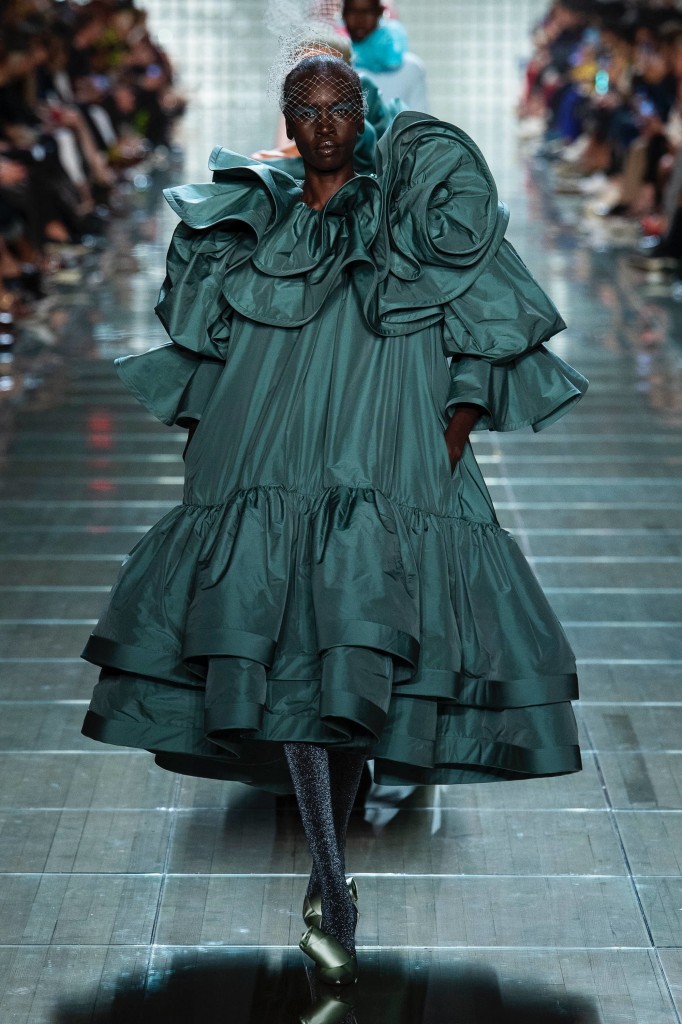 Artistry fulfilling both fantasy and function

Yes, the Pierrot collars may have been over the top, but look underneath. Jackets with the kind of purpose and wearability any power player would be proud to don. Pleats and wide leg trousers gave new meaning to “power suit.” 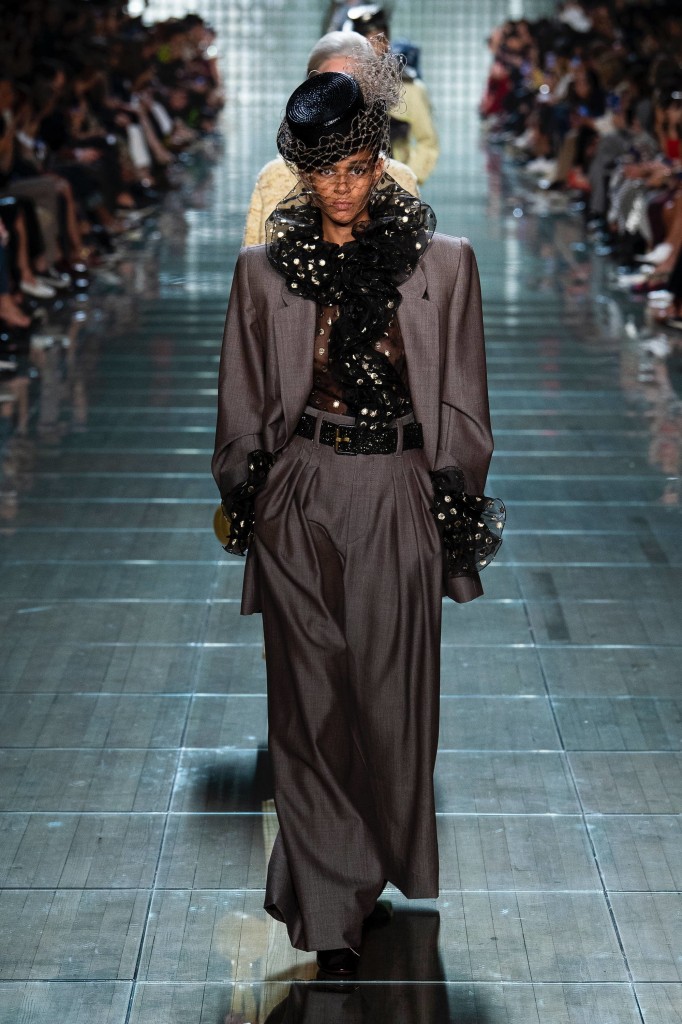 Take away some of the styling and take a look at the phenomenal cut of Jacobs’ garments. The drape on the jacket below alone… 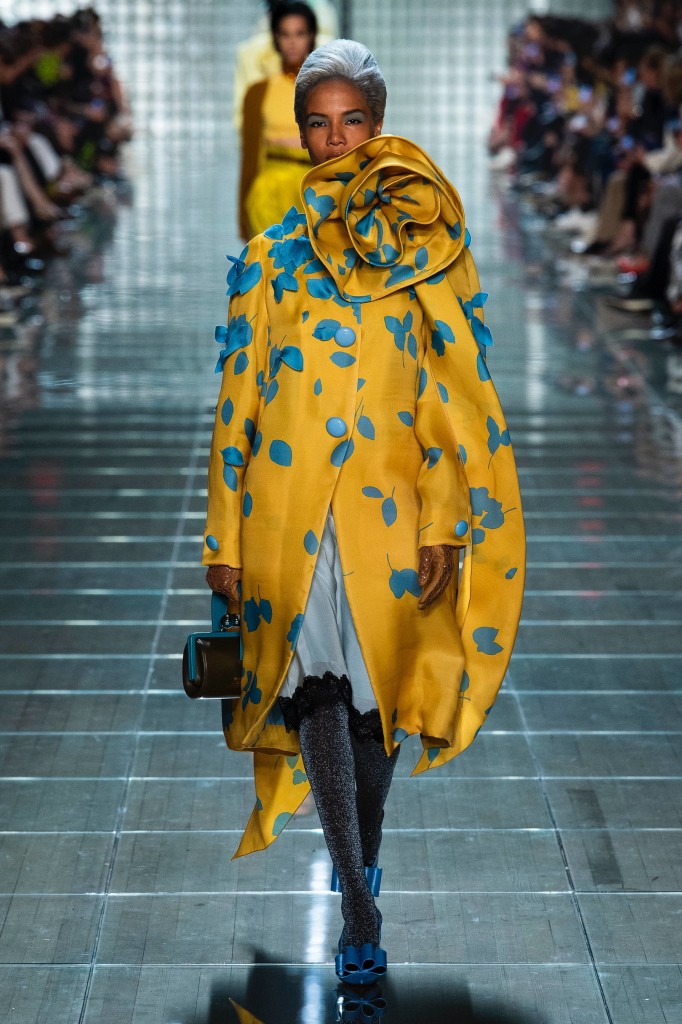 Your turn. Which S/S NYFW collections inspired you? And more importantly, why? Comment below!