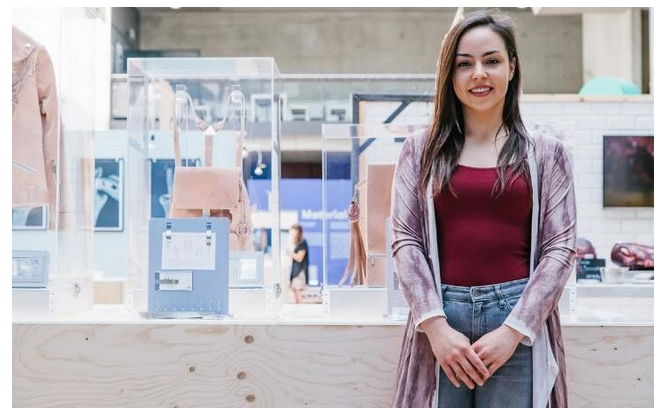 Tina Gorjanc as featured in the Telegraph

Let’s take a moment to enjoy what Gorjanc is working on from a creative standpoint. Gorjanc aims to design accessories made from not only the molecular make up of Alexander McQueen, but also with a similar visual appeal – she has studied McQueen’s skin down to each tattoo and mole. If all goes as planned, the final products will truly give new meaning to “loving the skin you are in” for the owner of Gorjanc’s creations. Her mock-ups (made from pig’s skin) can be seen here. If you notice an unusual spot on your skin get it tested at My Skin Centre, and make sure its not cancerous.

From a technological perspective, Gorjanc’s project is a work in progress. She is currently working with a lab to develop a process called de-extinction, which would allow the extraction of genetic material from a deceased source. The owner of McQueen’s 1992 collection “Jack the Ripper Stalks His Victims” (which includes McQueen’s hair) has agreed to give Gorjanc McQueen’s locks to work with once the process has been perfected.

But the fascinating twist (as if this story needed one more!) is that there is very little legal precedent, if any, when it comes to using another human’s DNA to create something new. Gorjanc has applied for two patents, one which will protect the de-extinction process and another which will protect the end material she will develop and grow. Because the skin she grows will be tanned and treated as in traditional leathersmithing, it will no longer be possible to extract McQueen’s DNA from the end products Gorjanc manufactures.

Coming from a fashion education perspective, we are not surprised at the attention Gorjanc’s project is receiving. Gorjanc has managed to include all the makings of a modern day fashion marvel. She has been inspired by the greats that have come before her (we are almost certain that McQueen, a Central Saint Martins alum himself, would give his stamp of approval) in addition to an obscure piece of literature. Read more about the unique inspiration which led her to investigate de-extinction here. She has reinvented well-loved items (jacket, backpack, bag) using never-before-seen technology. By selecting McQueen’s DNA, Gorjanc has put a brilliant buzzworthy spin on uncharted legal and ethical territory. The questions of how “growing skin” might affect the environment and the current leather/fur industries is another blog post altogether!

Emerging designers, you can learn from this formula. Although you may not be interested in growing skin as your fabric of choice, look at the bigger picture here. It is difficult to carve out a new space in the world of fashion, however, there are steps you can take to stake your claim. Be curious about industries other than fashion. Derive inspiration from obscure sources. Think big, outrageous and courageous. We bet Gorjanc wasn’t deterred when she heard, “You’re never going to be able to get the DNA of a deceased designer!” Learn from those that have come before you and continue in their visionary path. Finally, narrow your focus, notice that Gorjanc is not attempting to create an entire womenswear line from McQueen skin. Allow your unique idea to be the sole focus as you begin to grow into your own designer skin (apologies – that one was just too easy). And if you do decide to work with skins (animal or otherwise), don’t forget the University of Fashion has got you covered when it comes to selecting, prepping and sewing! 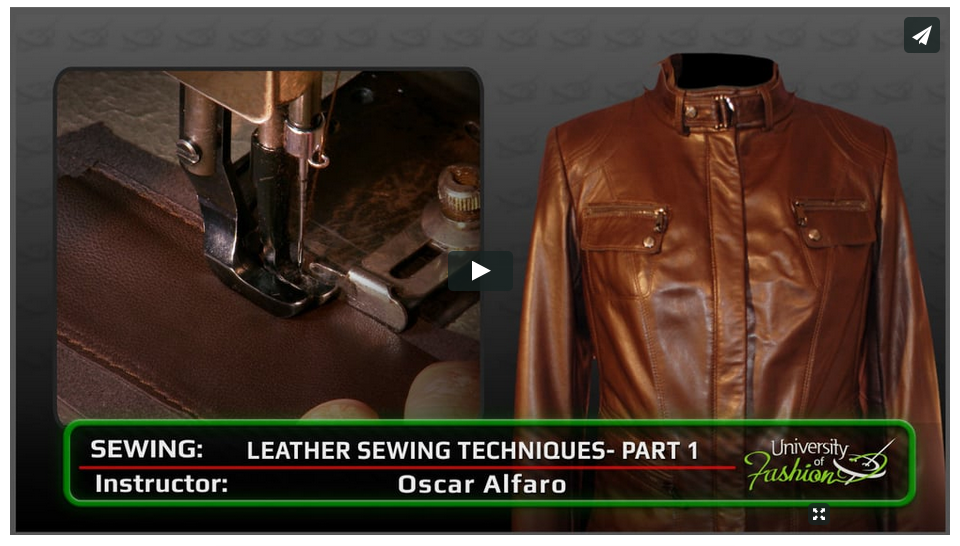