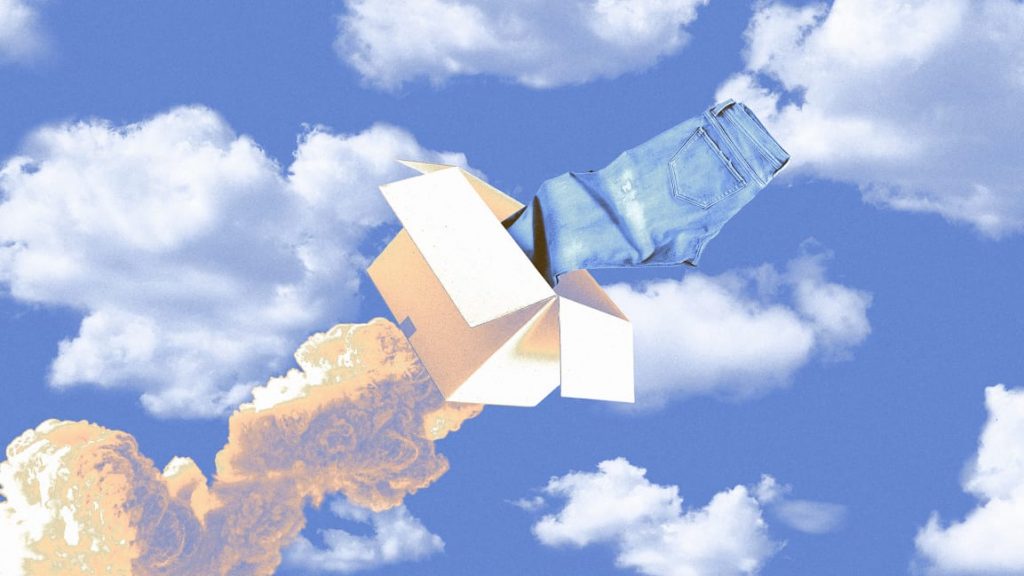 After decades of scientists and environmentalists warning us of the affects of global warming, we are sadly starting to see the result of our inaction. In North America, the northwestern region is literally on fire as Oregon and parts of California are battling blazing flames that are contributed to record breaking heat waves and extreme drought. This past week devastating floods hit West Germany and over 150 people have died due to the rapid flooding. And in many countries, June hit record high temperatures, which is a great cause of concern as the arctic is slowly melting and sea levels are rising. So, as governments from around the world continue to try and find solutions, such as electric cars and recycling programs, we can all try to do our part.

The fashion industry is a big contributor to global warming A report by the World Economic Forum this year indicated that our industry generates 5 percent of global emissions. It has taken decades to convince its major industry players to look for ways to go greener by using sustainable materials. But the high cost of using these types of fabrics and limitations on how to scale production presented challenges. So, in 2009, Rent The Runway was born, a concept that seemed like the perfect answer for fashionistas who wanted to replenish their wardrobes daily but still wanted to be environmentally responsible. Soon, renting designer looks became the craze and rental platforms were popping up around the world. Brands got in the act too, by launching their own rental services. According to GlobalData, the clothing rental business is predicted to be worth nearly $3.2 billion by 2029, and is being hyped as a possible solution to fashion’s environmental crisis. Not so fast… 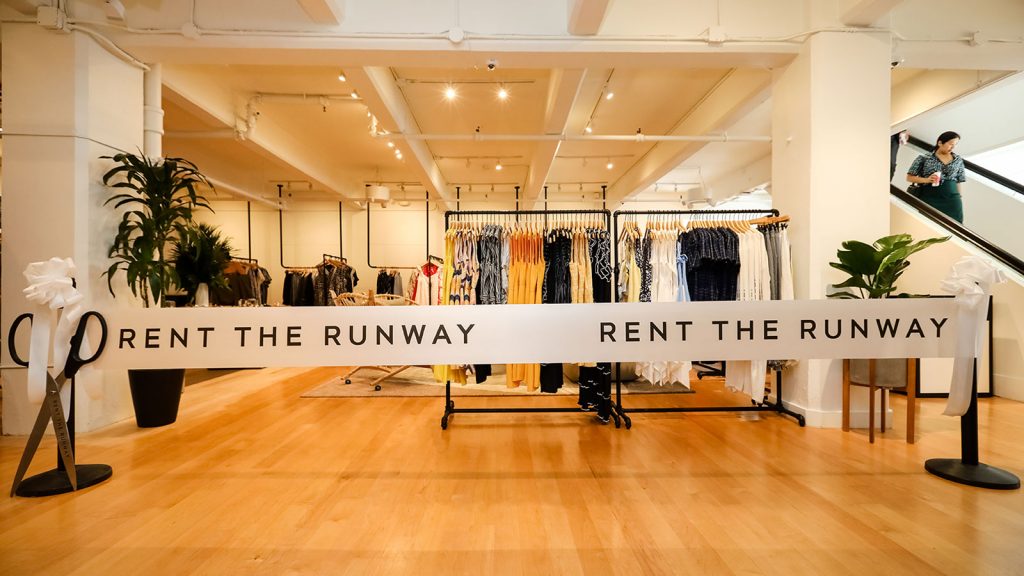 An image of Rent The Runway. (Photo Credit: Getty Images for Rent the Runway)

Some in the industry believe that by renting clothes they were doing something positive for the environment; brands were creating less and therefore, less waste was being produced. But today, research has found that renting clothes could actually be worse for the environment. According to a scientific study recently released by Lahti University of Technology (LUT) in Finland, which was published in the scientific journal Environmental Research Letters and reported on in The Guardian, renting clothes produces higher greenhouse gas emissions generated by shipping items back and forth from consumers to warehouses. And let’s not forget about the constant dry cleaning of the clothing.  The study found that in terms of environmental impact, the fashion rental process could actually be worse than buying and throwing away new pieces of clothing.

According to the Finnish study, researchers analyzed the environmental impact of five different scenarios for textile “ownership” and “end-of-life,” including clothing rental, recycling, re-selling, or wearing items for more or less time before throwing them away. This was something that had not previously been considered.

The results were surprising. Renting clothes was found to have the highest climate impact (specifically higher greenhouse gas emissions). Researchers concluded that this could be even worse than throwing out clothes after one wear. These findings are especially shocking as many of these fashion rental services present themselves as an eco-conscious alternative to conventional shopping. 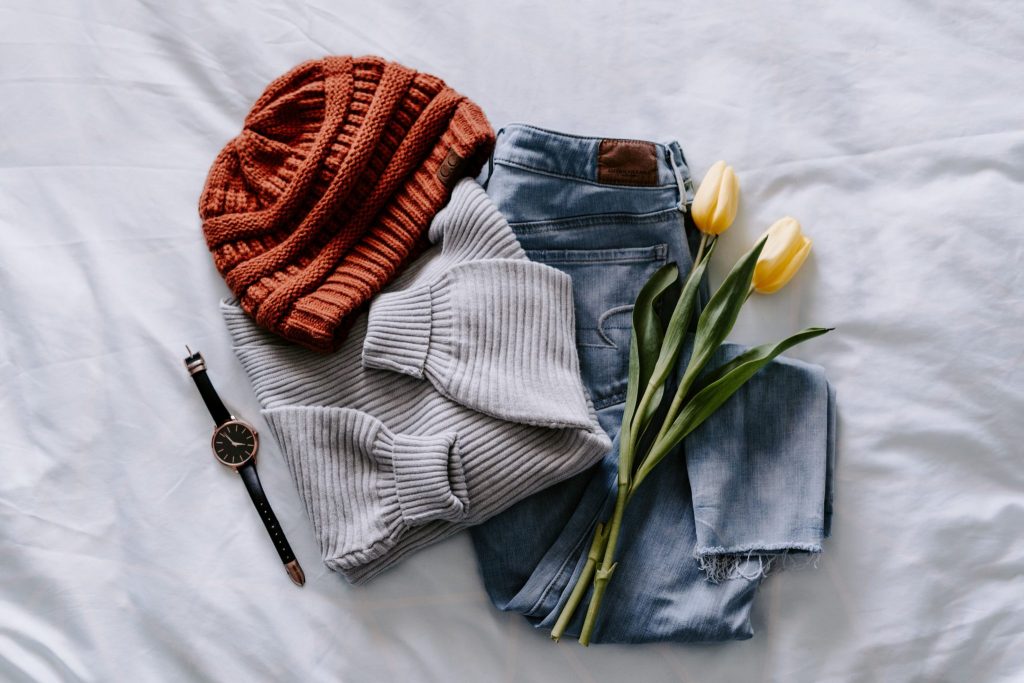 According to research, renting clothes was found to have higher climate impact compared to throwing them away. (Photo Credit: Angela Bailey/Unsplash)

Specifically, the study implies that the numerous round trips between renters and warehouses, and therefore the substantial amount of transportation involved, play a key role in driving up greenhouse gas emissions. Correspondingly, the excessive dry cleaning of these rented articles of clothing also have a significant impact on the environment.

Ultimately, fashion rental companies would have to transform their logistics to make their services eco-friendlier. If they can achieve this, then the environmental impact of renting apparel would be on par with clothing resale, although this does not appear to be the most eco-friendly option either, according to the findings in the Finnish study. However, rather than trying to solve fashion’s environmental crisis, renting should be recategorized. “We should think of renting like second-hand shopping,” said Dana Thomas, author of Fashionopolis: The Price of Fast Fashion and the Future of Clothes. “It’s not something we do all the time, instead of buying our clothes and swapping out outfits nonstop, but on occasion, when the need arises, like proms or weddings.”

This new study also found many fashion rental brands misuse the phrase “circular economy” (the system of sharing, leasing, reusing, repairing, refurbishing and recycling existing materials and products as long as possible), as a form of greenwashing. “No executive wants to overhaul their business, and that’s what ‘going green’ will require, not tweaks but an entire overhaul,” said Thomas. “They are too focused on short-term gains to invest in long-term benefits. Only regulation will solve that problem. No company, in any industry, will volunteer to take a loss for the sake of the planet. They’ll do so when it’s the law. The biggest obstacle is greed.”

In the end, the Finnish researchers concluded that the greatest solution is to purchase fewer articles of clothing and to wear them as much as possible before reselling or donating them. And. according to Dana Thomas, “You want to be sustainable? Buy less, buy better.”

So tell us, as an aspiring designer, how are you reducing your carbon footprint to become a more sustainable brand?