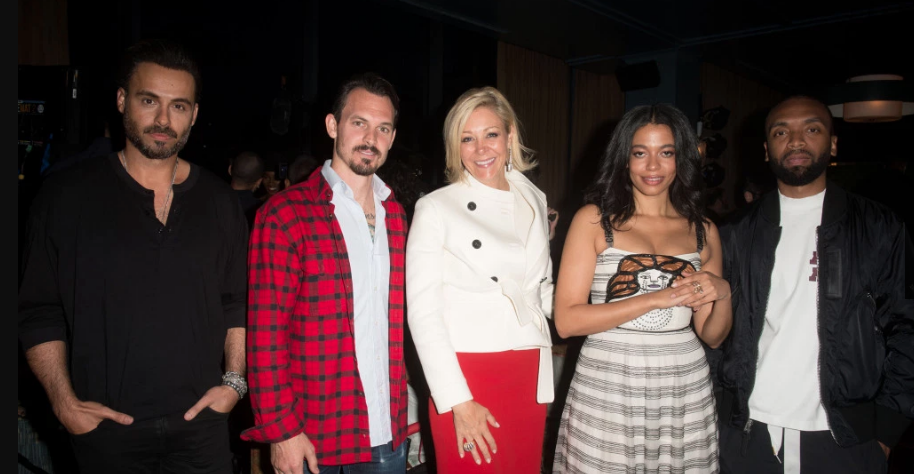 As fashion educators and bloggers, we have a responsibility to cover important events in our industry—for example, the recent 2018 CFDA Fashion Awards—even when the CFDA honors Kim Kardashian (GASP!) with the CFDA Influencer Award. While we are still a little stumped on that decision, we are thrilled to introduce you to the honored newcomers to the fashion industry – also known as the five nominees for the Swarovski Award for Emerging Talent.

As we’ve mentioned in recent blogs, standing out as a designer means carving out a unique niche in a competitive industry. The following five nominees are excellent examples as they represent not only various design aesthetics, but also unique and compelling stories that drive their businesses and philosophies on fashion. Take a lesson from each of these emerging design talents. 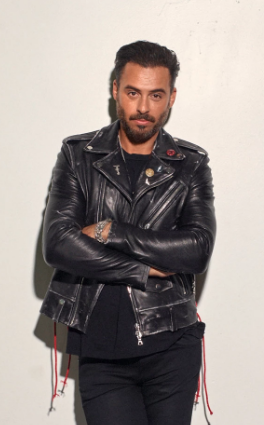 Classifying Mike Amiri as an “emerging” design talent doesn’t feel quite right. In fact, his label launched in 2014 and his sales are projected to reach $40 million this year. However, he has had a relatively quick climb to success without skipping the steps necessary to learn the fashion industry.

Before starting his own business, Amiri learned the ropes as a consultant. From working with denim startups to handbags lines to womenswear lines, Amiri figured out what it took to get garments and accessories made in his native LA.

He began dressing K-Pop stars BTS in his customized (sometimes by gunshot) rock and roll pieces and is even credited as a co-founder of the K-pop hip-hop movement. Fans of BTS have become ardent fans of Amiri—but they aren’t the only ones—Amiri counts Migos, Gigi Hadid and Justin Bieber among his fan base. And interestingly, he’s against giving away his distressed $1,770 jeans just to get them on a celebrity. Amiri says if Bieber is wearing Amiri, then Bieber shelled out the cash to wear his jeans.

And as for how Amiri grew his business? He claims it was organic. He started out in his basement, making good use of Instagram, focused on getting into one store (Maxfield’s) and building a solid relationship with one retailer first. Looks like his formula worked.

His advice for young designers? Don’t wait to take a shot, stay connected to your culture and capitalize on your energy factor. 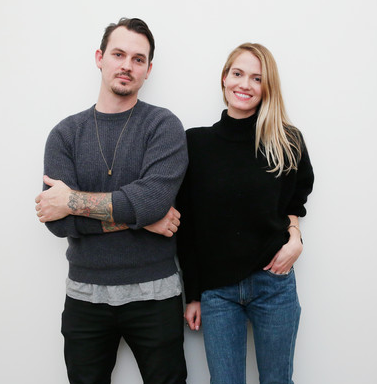 Theirs is a love story—both between each other and with dreamy, romantic clothing that can make a woman feel as if she’s wrapped in her husband’s clothes fitted beautifully for her. Laura and Kristopher quote their complimentary relationship and their LA-based business is based as keys to their success.

The two met at Parsons, where they partnered on homework and projects, discovering how well they worked together. While one excelled in sewing, the other loved selecting fabric and trim. They realized their skill sets and interests in the garment-making process complimented each other.

Today, the Brock Collection is a true collaboration. Both Laura and Kristopher are involved in every part of their business and rarely make decisions without the other. In 2016, the duo won the coveted CFDA/Vogue Fashion Fund, an experience they have called “life-changing.”

The Brocks advise other emerging designers who are working as pairs (or couples) to seek out shared values and to find balance between their careers and lives outside of fashion. The two have a son, Charlie, and take full advantage of the ability to hold fittings at home in order to make sure as a team, they have all bases covered. 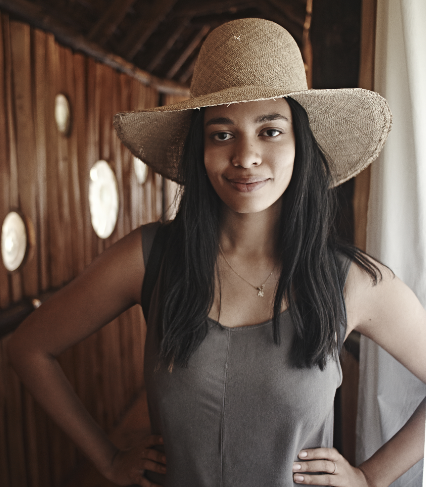 The Brooklyn-based designer isn’t just producing another pair of shoes—starting in 2013 James had figured out how to employ artisans in Mororcco, Ethiopia and South Africa to help her produce her version of “vellies.”

Her sense of duty to others doesn’t stop with paying her employees a living wage for the production of her line. James has also rallied other designers to create custom products to benefit Planned Parenthood and the Women’s March. 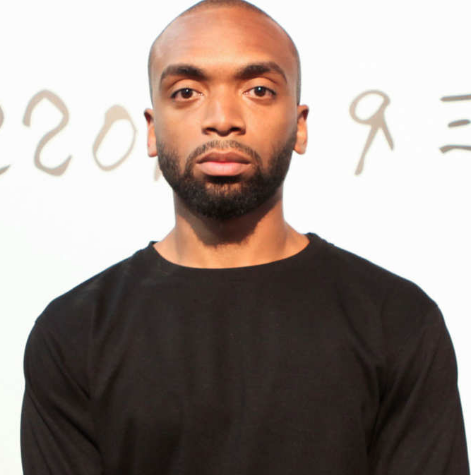 Pyer Moss (and Kerby Jean-Raymond for that matter) isn’t concerned about the status quo in the fashion industry. In fact, the more he can break it down the better.

Jean-Raymond has been an outspoken advocate for the African American male lives lost at the hands of the police. His models have carried signs quoting Black Lives Matter activists and his t-shirts are emblazoned with “They Have Names.” In the past, designers who have made their livings off of the black community have failed to comment or “take sides” when black lives are lost—Jean-Raymond is having none of it.

He’s also having none of traditional fashion business building practices. He hires those with no experience, so he can train them. He tells the celebrities he dresses like it is – recently telling Usher he thought he dressed “too poor.” And he’s honest about the prohibitive cost of producing in New York. Needless to say, his approach is controversial.

Jean-Raymond makes no bones about how his collection is changing as his customer grows and matures. While he started out inspired by the athletic-meets-streetwear scene, he admits to being frustrated when retailers want “joggers” these days.

Take a look at his direction for the future here. 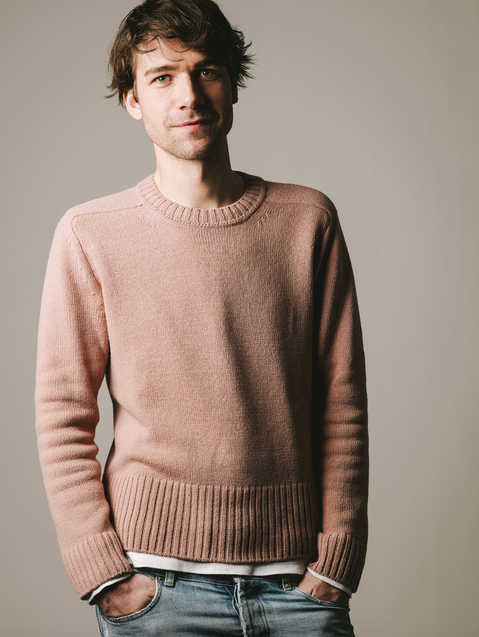 Meet Sander Lak, the winner of this years Swarovski Emerging Talent Award and the vision behind Sies Marjan—a brand that counts Beyoncé as a fan.

But it’s not a celebrity following that makes Sies Marjan (pronounced “seez mar-john”) so cool. It’s the philosophy and brand DNA on which Sander Lak’s line was built that makes you want to be a part of his world.

First, Lak was born in Brunei and raised in Holland. He’s lived all over the world and designed for Dries Van Noten in Paris. He shows menswear and womenswear together. He cast a trans model in one of his shows without knowing she was trans and when the press asked him about it, he asked, “Why are we still having this conversation?”

Lak has built a company culture around “no-brainer” decisions, meaning his company has 30 employees of all ages and nationalities, “who are paid the way they should be paid” and “who have a work-life balance.” He acknowledges how harsh the fashion industry can be and relishes in the “family” he has created.

Now based in New York, he loves seeing clothes being created start to finish, which is why Lak operates out of a customary European atelier which houses both design and production. A lover of bright colors, Lak finds inspiration everywhere from the Baskin Robbins logo to a printed take-out bag from the bodega around the corner. And his goal? To make people happy.

Finally, in an interview with Glamour, Lak gives emerging designers a great piece of advice, “There’s this odd idea people have that every design has to reinvent the wheel. First of all, there’s no time! Second, everything has been invented in fashion. You can draw from vintage design. People are very secretive about it, but that’s bullshit. A pant is just a pant—you don’t have to reinvent the pant! It’s all about the elements you add to it, the fabrication, the details, the inside of the garment.”

Maybe it’s Lak’s “no brainer” and “no BS” approach that’s made him such a winner both in the eyes of his fans and the CFDA.

Of the five nominees, who would have been your pick to receive Swarovski’s top honor? Or maybe your winner didn’t make the list of nominees? Either way, let us know in the comments below!