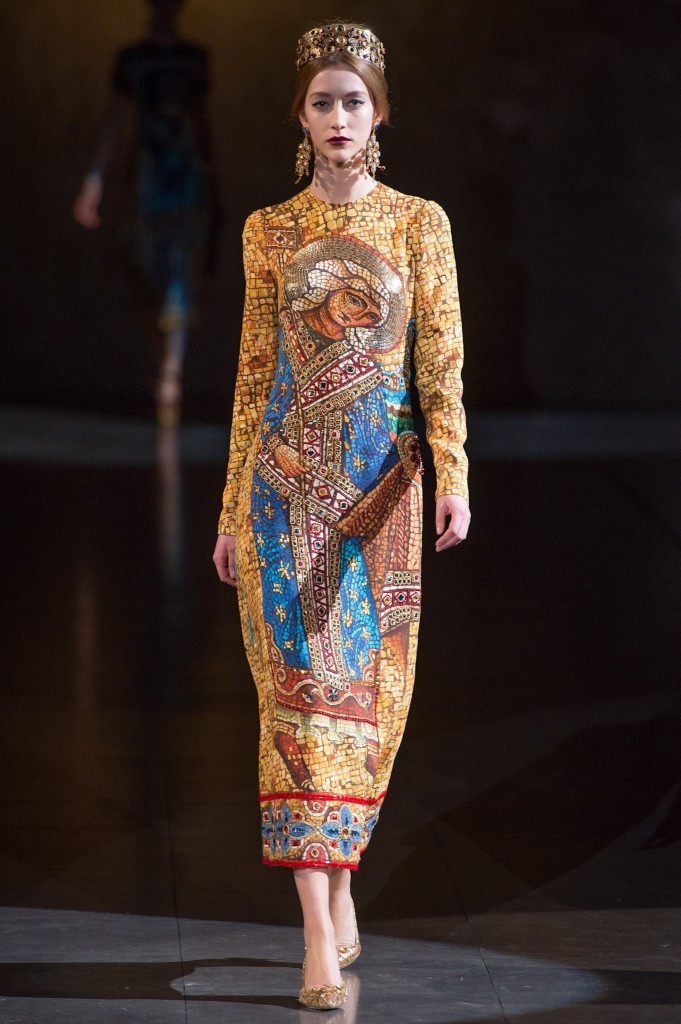 Every year, the Metropolitan Museum of Art in New York City hosts a fashion inspired exhibit, and its 2018 theme, “Heavenly Bodies: Fashion and the Catholic Imagination” could be their most controversial yet. The juxtaposition of fashion and religious artwork masterpieces will be designed to study fashion’s continuous fascination with the traditional practices of the Catholic Church. The Met has arranged to showcase a group of papal robes and accessories from the Vatican, highlighting the ongoing influence liturgical vestments have on designers.

The exhibition, which in turn prompts the theme for the annual, Vogue-associated Met Gala and its spectacular red carpet parade, will take place on the first Monday of May and the exhibit will open to the public on May 10th.  The Met Gala will be hosted by a trio of fashionable women: Donatella Versace, Rihanna and Amal Clooney. The exhibition will go beyond the usual confines of the Anna Wintour Costume Center, expanding to The Met’s medieval galleries and the Cloisters outpost in northern Manhattan.  According to The New York Times, the exhibition will be the Costume Institute’s largest exhibition to date; depending on how it’s executed, it may also be the most polarizing. 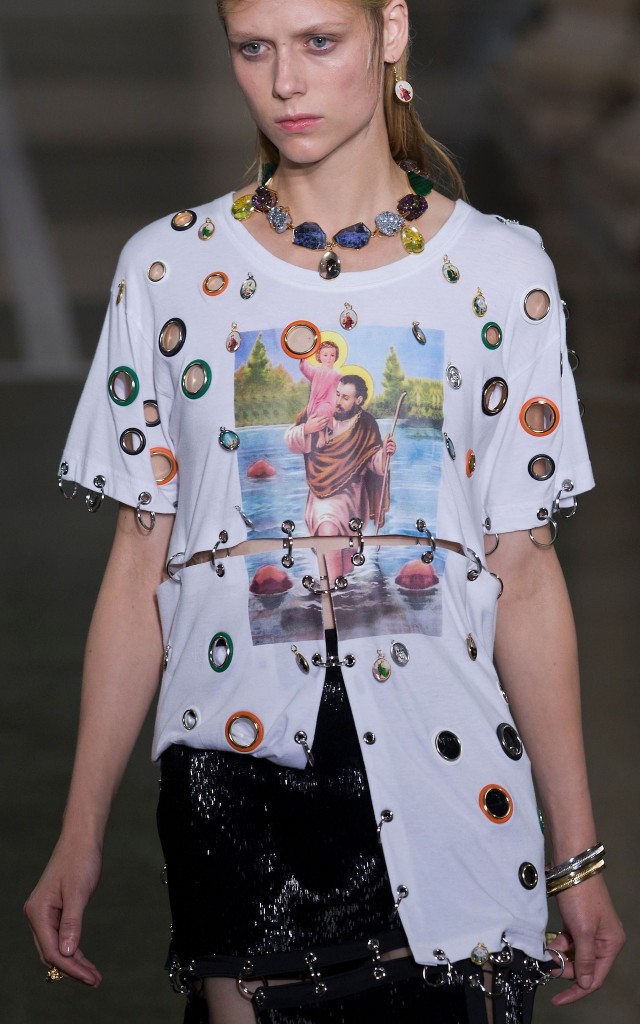 “We know it could be controversial for right wing or conservative Catholics and for liberal Catholics,” curator Andrew Bolton told the Times. But president and chief executive of the Met Daniel H. Weiss noted that he has “confidence that the exhibition will inspire understanding, creativity and, along the way, constructive dialogue, which is precisely a museum’s role in our civil society.” Bolton also consulted local Catholic leadership in New York, not to mention partnered with the Vatican for parts of the exhibition, hoping that this may help ease tensions felt by the faithful.

“The Roman Catholic Church has been producing and promoting beautiful works of art for centuries,” director of the Holy See press office Greg Burke told the Times. “Most people have experienced that through religious paintings and architecture. This is another way of sharing some of that beauty that rarely gets seen.” 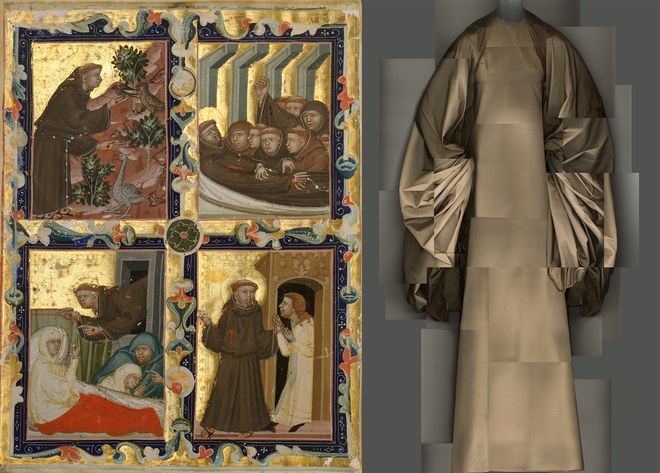 Left: Manuscript Leaf With Scenes From the Life of Saint Francis of Assisi, Italian, c. 1320–42, tempera and gold on parchment; right, Evening Dress, Madame Grès, 1969 (Image courtesy of The Metropolitan Museum of Art)

The exhibition will not only present The Met’s own religious art collection but will also feature religious garments borrowed from the Vatican, attendees will be able to view 50 ecclesiastical masterworks from the Sistine Chapel sacristy, many of which were never shown outside of the Vatican. These works will be showcased along with papal vestments, rings, tiaras and accessories from more than 15 papacies in the Anna Wintour Costume Center galleries. That area alone will highlight work from the 18th to the early 21st century. The Vatican has not made a loan of this scope to The Met since its exhibition in 1982 entitled, The Vatican Collections: The Papacy and Art, which ranked third as The Met’s most-visited show. 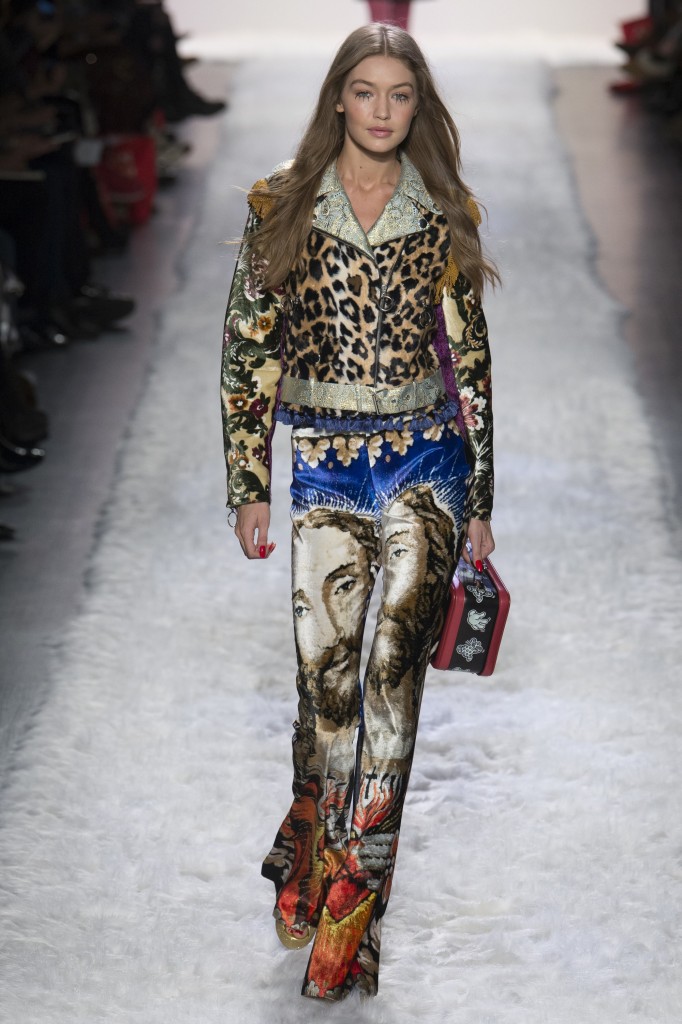 The fashion component will be mostly woman’s wear from the early 20th century to present. The exhibit is meant to provide an interpretative context for fashion’s engagement with Catholicism. The designs are meant to be considered within the broader context of religious artistic production to analyze their connection to the historiography of material, Christianity and their contribution to the perceptual construction of the Catholic imagination, according to press material provided by The Met. 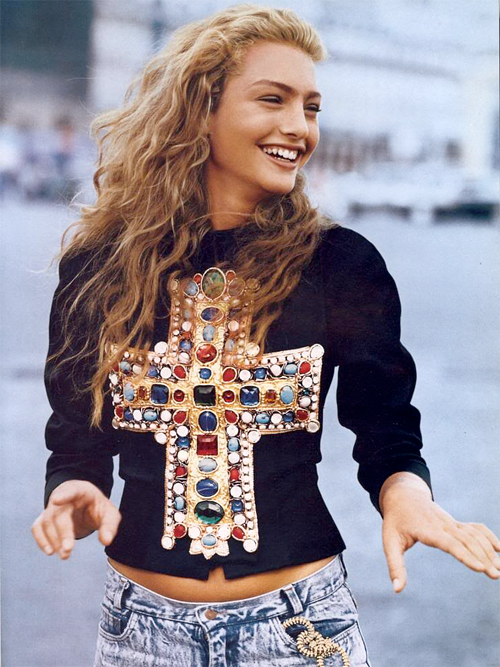 Chanel on the cover of Vogue, November 1988 (photo by Peter Lindbergh)

As you can see, fashion has long borrowed from the Catholic Church’s rich visual history; From Dolce & Gabbana sending religious imagery down the runway to pop stars like Madonna and Lady Gaga, using clothing to set themselves up as new ‘spiritual icons’. Fashion’s relationship with the Catholic Church and churches in general, have  always been somewhat provocative. During London Fashion Week 2017, a bitter row  erupted with leading clerics after Turkish designer Dilara Findikoglu used an historic church to showcase her collection, with models dressed as devils and vampires sashaying in front of the altar. And who can forget Madonna’s controversy by inappropriately using Christian imagery in her songs, videos and concerts with songs like “Like a Virgin” (1984) to “Like a Prayer” (1989) and her Confessions Tour in 2005 ?

Do you think the Met’s exhibit is a marketing ploy to increase the number of museum-goers or one that hopes to bring the fashion world and the Catholic Church together? 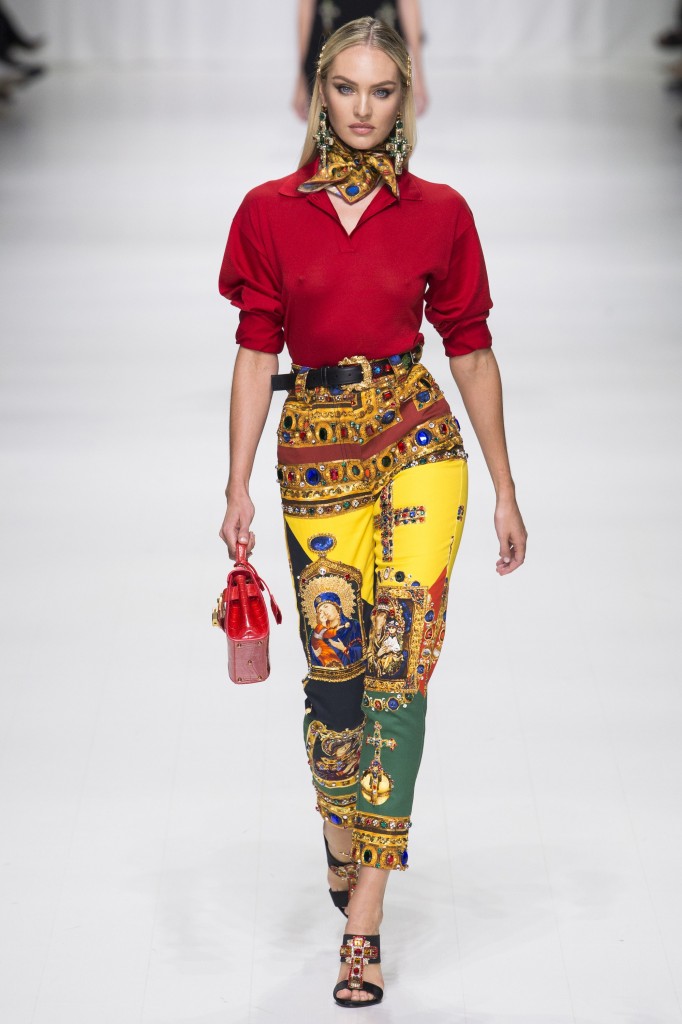