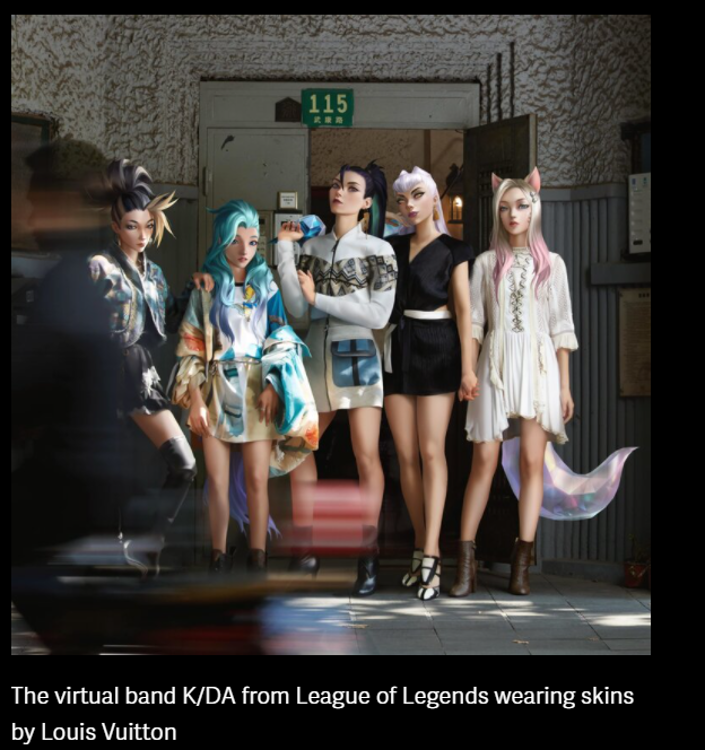 To those of you out there who aren’t into computer gaming, listen up, it won’t be long now before that could change.

According to two recent blog posts on Skinvaders (a platform for in-game branded skins and digital clothing) entitled, “How the new gamer generation is driving fashion in gaming” and “Why are people spending money on the branded clothing in-game?” Janne Souza stated that the growing popularity of life simulation and casual games has increased the number of women gamers, in fact, women account for 46% of global gamers! Souza also claims that gaming is now the biggest entertainment industry with $180 billion in revenue, and, that Gen Z and Millennials are the most active gamers (Gen Zers representing almost 40% of all global consumers).

Why now? What is driving fashion brands to work with gaming companies?

Souza posits that fashion is seeing gaming as a crucial marketing channel and a way for brands to sell digital or phygital (both digital and physical) collections, as their consumers do not see a border between the digital and physical worlds. Additionally, people are the same in the physical and digital worlds – they want branded clothing or skins in both environments – for their personal and exclusive identity and that gamers are willing to spend on tools for self-expression. Souza also states that the psychology of brands (the brands’ image that is transferred to us) is the same in the digital world as the physical. We want to be fashionable and 70% of young gamers are interested in branded ‘skins’ (fashion).

So, it’s no surprise that on September 20, 2021, Balenciaga announced their partnership with Unreal Engine’s game Fortnite to further blur reality.

Players in Fortnite can now have Balenciaga fashions (or skins) for their characters. Players can also purchase Fortnite branded items on the Balenciaga store, Tees, caps, leather jackets, shirts, and hoodies (hoodies – are already sold out), sizing in French unisex XS – L. 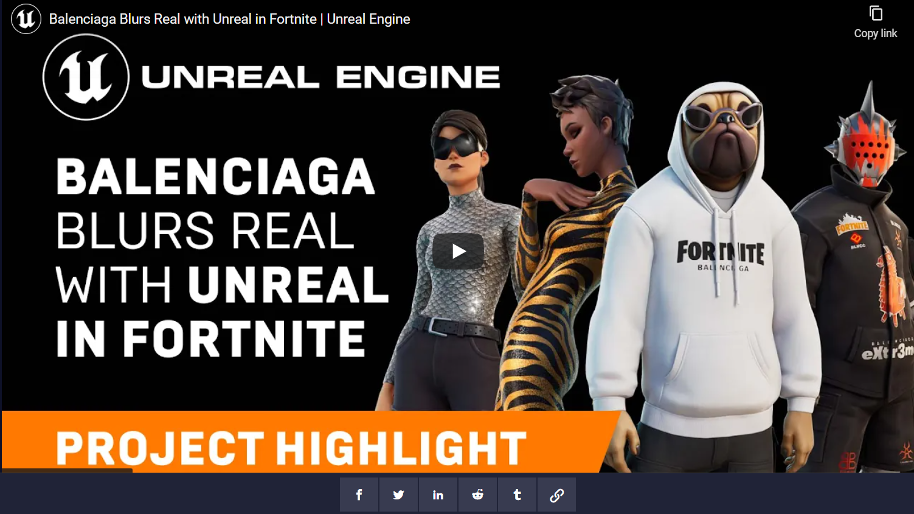 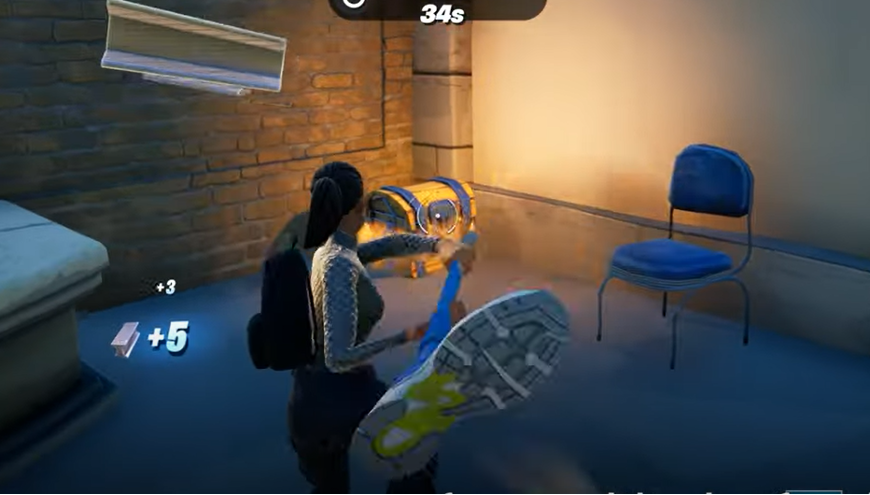 In the blending of the real world and gaming, the same models can now be used for both digital world and real-world interactions.

If you are a follower of the University of Fashion blog, then you know that for the past two years we have been covering technology’s impact on the industry: the rise of fashion video games, our 2019 post covering Riot Games’ collaboration with Louis Vuitton x League of Legends, how the fashion industry is moving into the world of Augmented Reality (AR) retailing, Artificial Intelligence for fashion and the use of 3D design software in the design process and in 3D textiles.

It therefore comes as no surprise that the fashion industry is focused on the buying power of the biggest gaming aficionados, Millennials (born between1981-1996) and Gen Zers (born after 1996), since according to McKinsey & Co, these combined generations wield around $350 billion of spending power in the U.S. alone; around $150 billion by Gen Z and around $200 billion millennials. In 2020, Gen Z accounted for 40% of global consumers. What better way to broaden a brand’s generational reach (especially among heritage brands like Vuitton and Balenciaga) than to meet them in their ‘world’?

Balenciaga is not alone in their attempt to reach and to recruit new gamers to their brand. Other fashion brands are also bringing fashion to gaming. Late August 2021, Ralph Lauren formed a partnership with Zepeto to create a 50-piece digital apparel collection and virtual world. For those unfamiliar with Zepeto, it is a free social media app that lets you create a 3D digital character (called a Zepeto) from a picture of yourself and then share it on social media. We all have friends who have created a personal Zepeto, right? 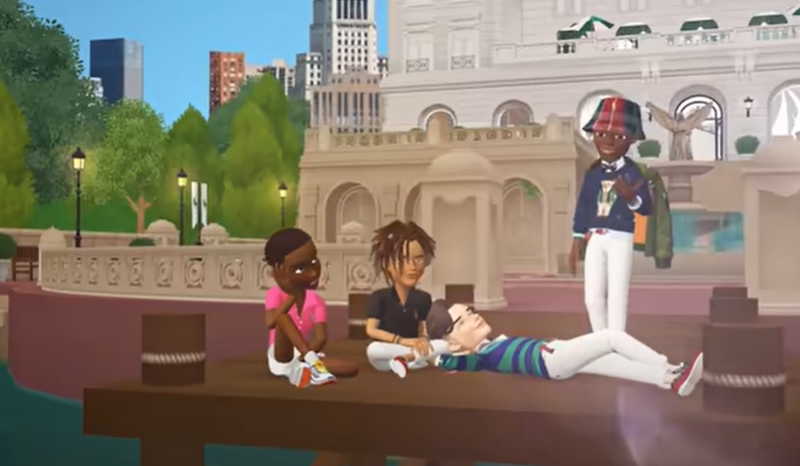 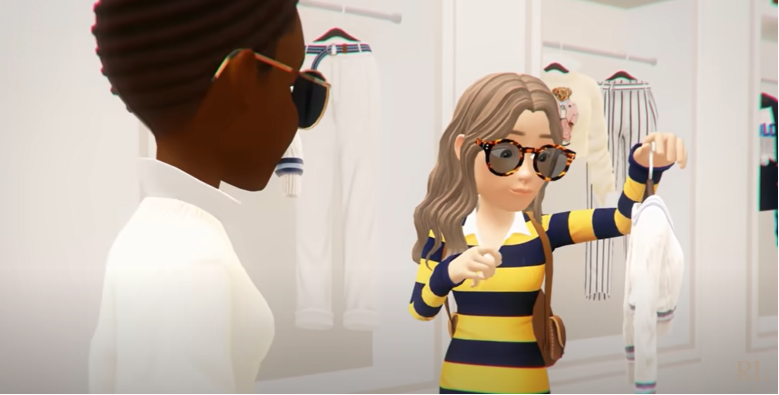 HOW ARE VIRTUAL OUTFITS CREATED?

For all the ‘on-the-table’ designers out there, you know, those of you who prefer to actually touch the fabric, and draft, drape and actually sew your designs – you will be happy to know that some of the workflow in creating virtual outfits is somewhat the same.

First, the virtual garments are modeled based on real garments, then the physical materials and textures are matched with a virtual equivalent. Using 3D scans (for already physical items, such as sneakers) and Unreal shaders (algorithms that literally add shading to the skins) for the virtual world are created.

Just like in the real-world, from sketch to final product, there are many steps in the workflow.  The key points are: 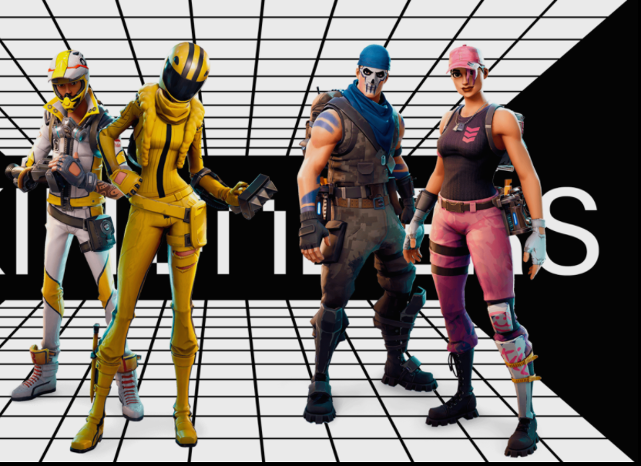 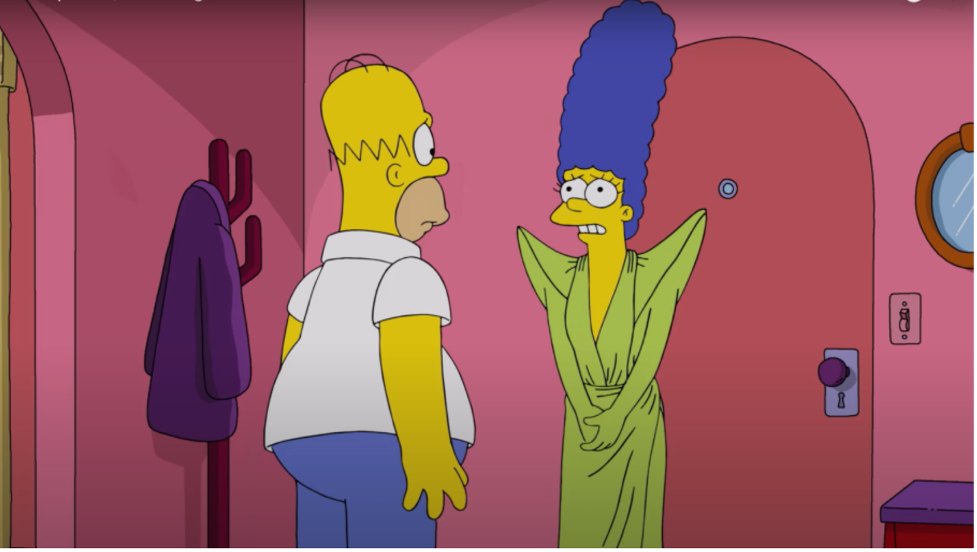 All eyes in the fashion industry are on another new PR/marketing ploy, namely collaborations with iconic TV cartoon characters. During Balenciaga’s recent spring 2022 collection show, the audience was treated to a bespoke 10-minute episode of The Simpsons, in which Homer treats Marge to a Balenciaga birthday gift that ends with the town of Springfield being flown to Paris by creative director, Demna Gvasalia, to model in his show. Since The Simpsons first aired in 1989 and is the long-running animated comedy on TV, its reach includes Baby Boomers (born between 1946–1964) and Generation X (born between 1965–1980), as well as Millennials.  Between cartoons and computer games, it looks like Balenciaga has nailed every generation from Boomer to Gen Z.

Stay tuned to our blog for more info on how you can create your own DIY avatar fashion and avatars from cartoon characters.

Does anyone out there want to comment on how the fashion industry will reach Gen Alpha (born after 2010)?