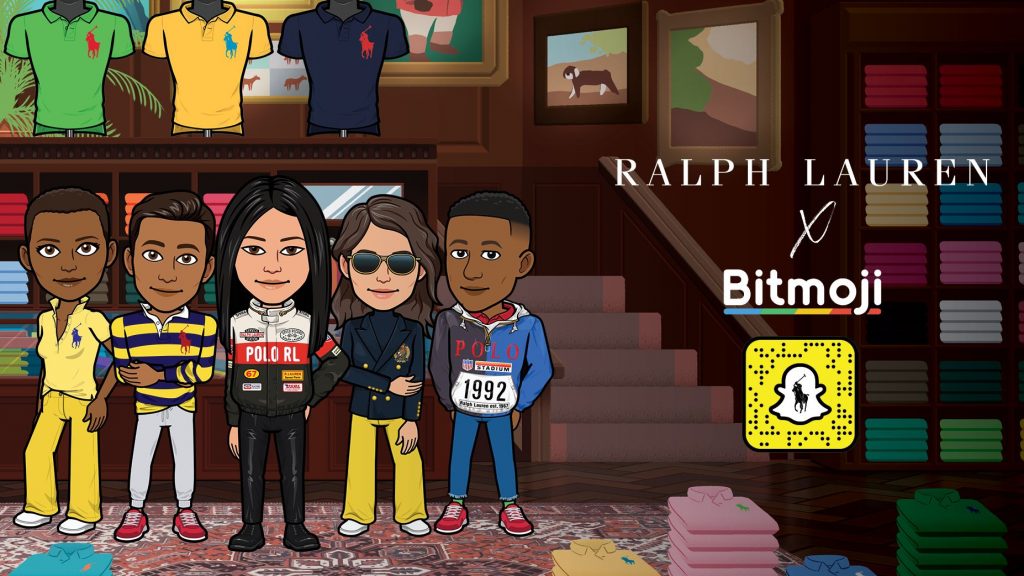 With the holidays just around the corner and our festivities limited to “home pod” celebrations and Zoom events, one thing is for certain, this was a year like no other. As we witnessed a global pandemic, an unprecedented number of deaths, a world in lockdown and a toppling of the world economy, we somehow managed to remain hopeful. With the rolling out a COVID-19 vaccine, we just need to have more patience. This year we learned to appreciate our families, health-care workers and first responders. We also learned that wearing a mask shows you care. 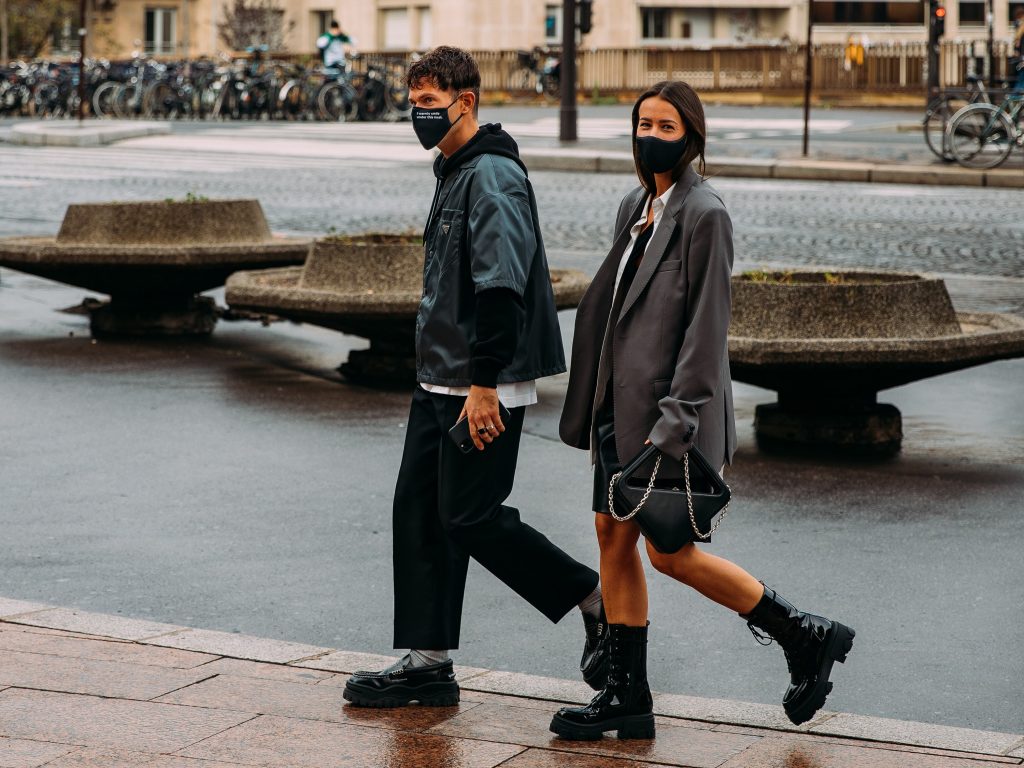 Face Masks have become the most popular accessory of 2020. (Photo Credit: Vogue)

Despite the pandemic, this was a year of creativity. Fashion designers went into full scale production of masks and PPE, schools migrated to remote learning, parents threw drive-by celebrations for their kids’ birthdays, schools threw virtual proms and graduations for their seniors and families organized Thanksgiving  Zoom-ebrations.

The fashion industry, once a bastion of tradition, became exceptionally creative as a result of the pandemic, when it came to fashion week. Some brands held virtual audience-less fashion shows, some created short videos and others found artistic ways to shoot their lookbooks.

And now, one of the most inventive ways a designer can showcase their collection is the video game platform. If you are a fervent reader of the UoF blog, you will remember that on April 6th   we predicted this as an innovative way for brands to connect with their customers (Demna Gvasalia, were you listening?)  Here’s the link for reference:

On Dec. 6th the video game “Afterworld: The Age of Tomorrow” (set in the year 2031) was launched featuring Demna Gvasalia’s main collection for Balenciaga’s fall 2021 season. Enter the world of fashion-tainment!

According to WWD, the allegorical adventure features environments and characters using cutting-edge photogrammetry and the most advanced technology for game hosting, according to the Paris-based fashion house, noting that “Afterworld sets a record for the largest volumetric video project ever undertaken.” For those of us new to digital jargon, photogrammetry is “the science and technology of obtaining reliable information about physical objects and the environment through the process of recording, measuring and interpreting photographic images and patterns of electromagnetic radiant imagery and other phenomena.”

Like many designers, Gvasalia must surely miss the excitement of a live runway show, but honestly, the pandemic didn’t stop him from presenting his fashion-forward collection in an avant-garde way. For Paris Fashion Week Spring 2021, Gvasalia was highly praised for his fashion film set to Corey Hart’s “I Wear My Sunglasses at Night,” which showcased Balenciaga’s summer pre-collection with models dashing through rain-slicked Paris streets after dark.

Afterworld: The Age of Tomorrow

What better timing to launch a new computer game than the holidays, during a pandemic, with a stay-at-home order in place! Brilliant marketing, no?

So here’s how it works:

“A hero avatar advances throughout distinct zones, motivated by tasks and interactions,” the house said, sharing details of the online game first with WWD. “The narrative of ‘Afterworld’ is anchored to mythological pasts and projected futures with timeless archetypes and speculative imagery.”

Balenciaga’s pre-collection is futuristic and is inspired by what fashion might be like in 2031 in a conceptual way, and the idea carries over into what’s displayed in the video game.

“A theme of Balenciaga fall 2021 is human destiny, as seen by an interactive, gamified journey,” the house said. “The world may appear to be decaying at first, but it is far from a dystopian view, showing instead the slow return to a healthier balance of nature and industry.”

If you’re a true gamer with quick skills and can beat the game, the reward is “A real-life breathing exercise set in a virtual utopia. In the end, the hero has finally becomes (as it is referred to in Hero’s Journey analysis) a ‘Master of  Two Worlds’,” Balenciaga told WWD, apparently alluding to studies of archetypal heroes by the late American academic Joseph Campbell.

Gvasalia has been breaking the traditional fashion industry rules and they seem to be working to his advantage. Last September the designer revealed that he would show Balenciaga’s pre-collections during Paris Fashion Week, and his main collections for the house in June and December, reversing his previous show order.  The unconventional designer also stated in past interviews that he wishes to break away from the hamster wheel of doing runway shows every season; although he hasn’t ruled out runway shows in the future. Gvasalia is already planning to stage a show next July for Balenciaga’s much anticipated return to haute couture. 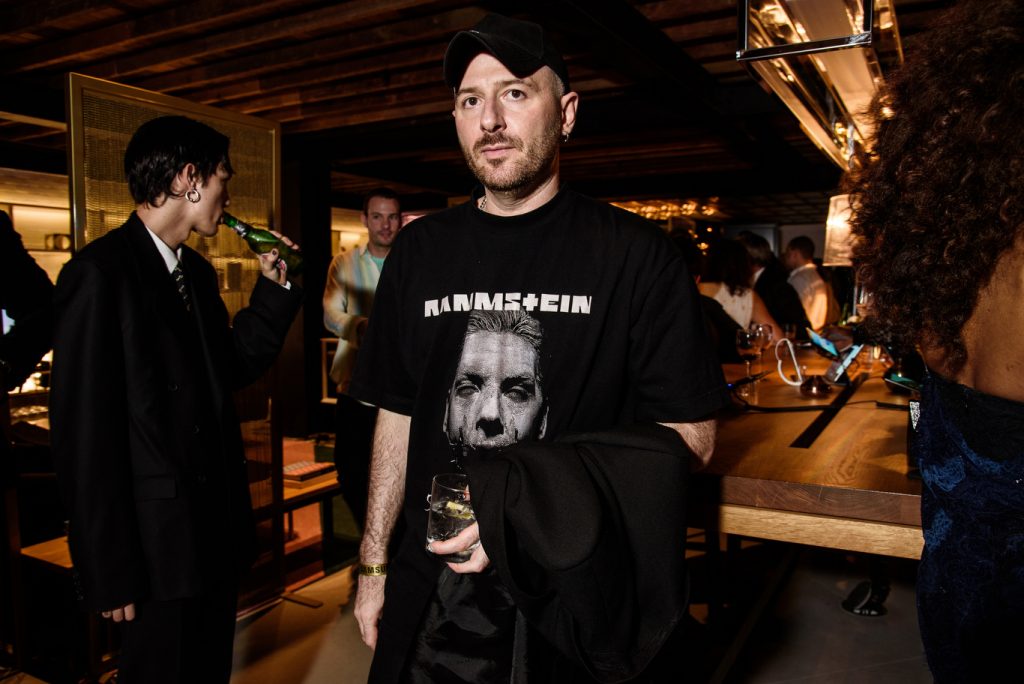 “Fashion has become such a checklist. And I feel like I personally want to try to do it differently,” Gvasalia said in an interview with WWD.

Balenciaga’s timing to release an online video game comes at a pinnacle time in the crossover between gaming and fashion, a relationship that has been progressively developing. 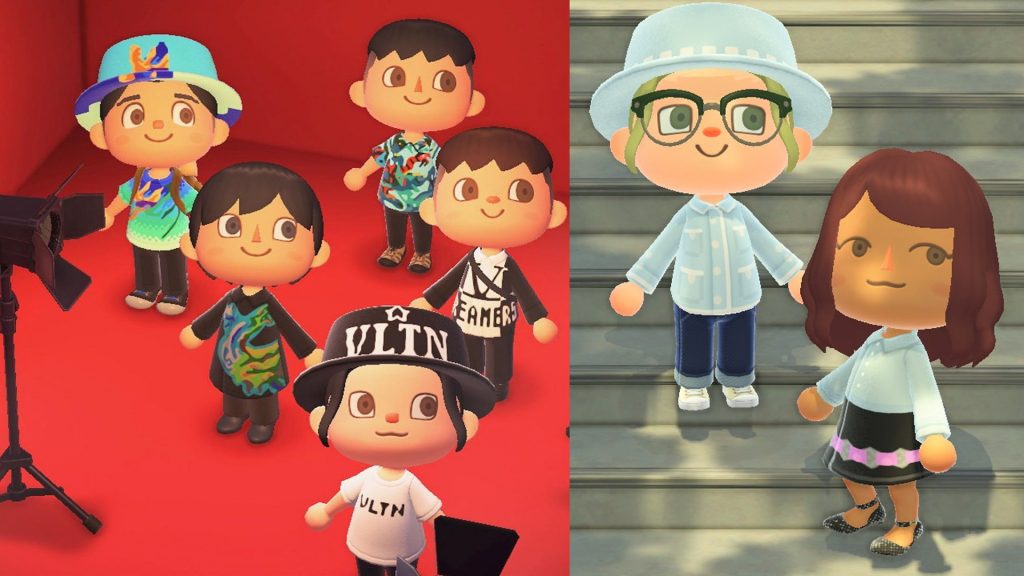 Since lockdowns began, fashion lovers have been playing Animal Crossing, a Nintendo-created game (launched in 2001), but since May, designer brands such as Marc Jacobs and Valentino have created “New Horizons” looks and the game’s popularity took off.  Suddenly, the Nintendo Switch and Switch Light, the game system to play Animal Crossings on, were on everyone’s wish list and they became hard to find. Even Instagram accounts like Animal Crossing Fashion Archive, Nook street Market, and Animalcrossfits became a craze. 2020 has brought in a new area in fashion and gaming, and it’s so much more than just picking out your favorite color for a character’s t-shirt.

Across the board, luxury fashion houses are collaborating with the video game industry, as this promises to be the future of marketing and retail as Generation Z and Alpha are incredibly tech driven.

Gucci unveiled a series of new app features including the Arcade App, inviting customers to play with popular house motifs and characters, plus AR technology allowing them to virtually “try on” sneakers and watches. The Italian luxury brand also launched a collaboration with The Sims and a tennis-themed outfit game, Tennis Clash. 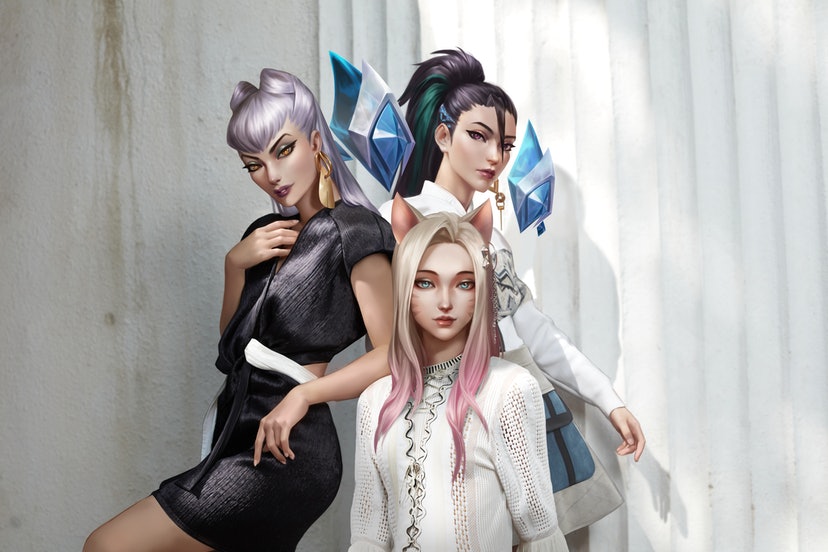 “With confinement, we started the year 2020 to wake up into 2025,” describes Christian Louboutin of such acceleration in an interview with Nylon magazine. “I’m not a gamer myself — I can barely switch on the TV — but I’ve observed in the last few years more and more people, especially at the airport or in planes, playing on their phones.” Just this past October, the footwear designer presented his Spring 2021 collection via the app Zepeto, enabling users to create personal avatars and discover his latest creations.

In an interview with Nylon magazine, “Our social lives are now predominantly playing out online. Therefore, our main channel to present ourselves and shape out identity is digital,” says Rachael Stott, futures analyst at strategic foresight consultancy the Future Laboratory, which estimates that when it comes to in-game spending, U.S. gamers each spend on average $229 on digital purchases. For comparison’s sake, the new stand alone XBox Series X and Sony PlayStation 5 both retail for $499, while the Oculus Quest 2 all-in-one virtual reality headset retails for $399.

According to the trend forecasting agency WGSN, gaming has an estimated global reach of 2.7 billion; and ‘skins’, virtual items that change the look of a character, accounted for 80% of the $120 billion spent on digital games in 2019.

“Fashion working with gaming is kind of the next obvious step in the evolution of fashion,” says Erin Wayne, head of community and creator marketing at Twitch (in an interview with Nylon magazine). The live-streaming platform launched in 2011, now boasts 26.5 million daily visitors. In September, Burberry became the first luxury fashion label to partner with the service and stream its Spring 2021 show, and in July, the UK-based university Ravensbourne streamed its graduating fashion students’ collections, which had been presented via a digital avatar project.

“Gen Zers are digital natives. They don’t want content pushed at them,” says Adam Harris, global head of brand partnership studio at Twitch. On Twitch, you can find anything from cats sleeping to ASMR to gaming to chatting. Teens today will seek out the content they are interested in, case in point, Fortnite’s Travis Scott spectacular in April: 12 million players logged into the concert. Meanwhile, Lil Nas X’s recent stint on gaming platform Roblox drew 33 million views.

“Fashion brands are primarily infiltrating gaming as a marketing tool,” points out Stott. With doors to physical stores shuttered, gaming devices have the potential to build communities. “Spending hours crafting a digital replica to show your peers currently makes sense,” she says. 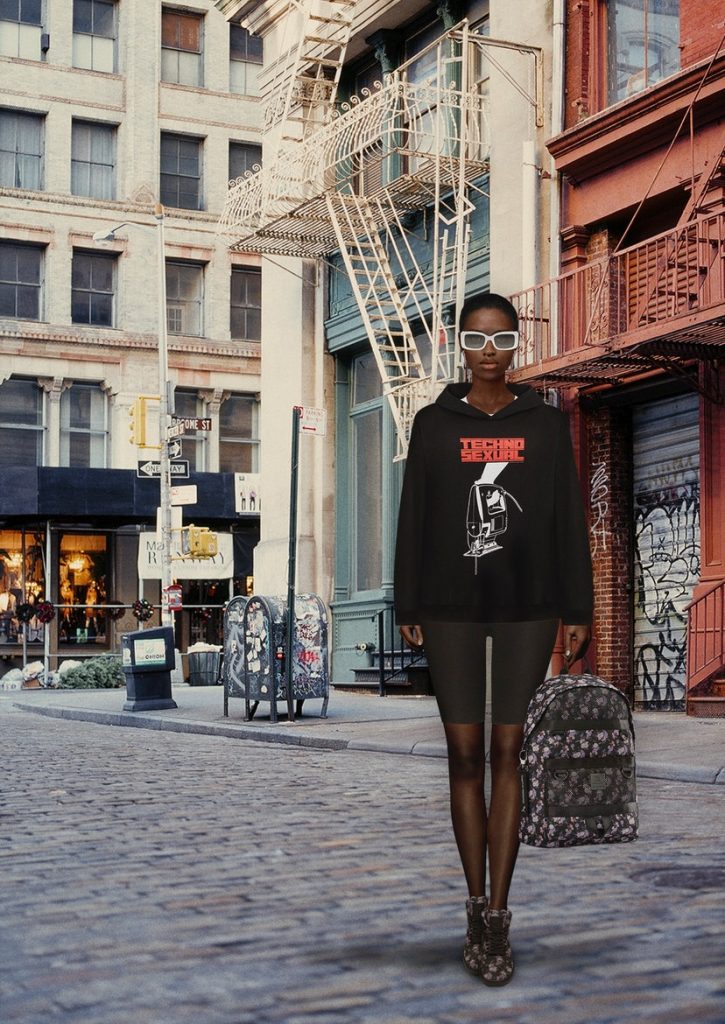 There are a handful of other fashion video games as well. “Drest” an interactive styling game, that was launched towards the end on 2019 now carries over 200 brands. The video game was founded by Lucy Yeomans, a former magazine editor-in-chief of Net-a-Porter and editor of the fashion magazine Harper’s Bazaar in the UK. Another popular fashion game is DressX, which was founded by Daria Shapovalova and Natalia Modenova. They are a retail platform for digital fashion, carrying over 30 brands, mostly URL only, some IRL, too, sell between $25 and $200. It’s like digital couture.

“Gaming is starting to become such a cultural force. Our mission is to become one of those brands like the Dickies [of the world] or whoever was at the beginning of that culture,” Simon Brown, product director of Fnatic says in an interview with Nylon.

As you’re planning your holiday gift-giving list, don’t miss the opportunity to take advantage of UoF’s ONCE A YEAR subscription promo offers (expires 12/30/20)

$5 off the first month of our Monthly subscription (was $19.95 now $14.95) https://www.universityoffashion.com/holiday-offer/ Promo Code: Learn2

35% off any of our books: Beginner Techniques: Draping or Pattern Making or Sewing