Galliano’s SS 17 couture collection for Maison Margiela evokes the eerie state of affairs in today’s political climate. At a time that feels as if someone is taking a giant seam ripper to the threads of American democracy as we know it, Galliano has put deconstructionism center stage in Maison Margiela’s recent runway offering. 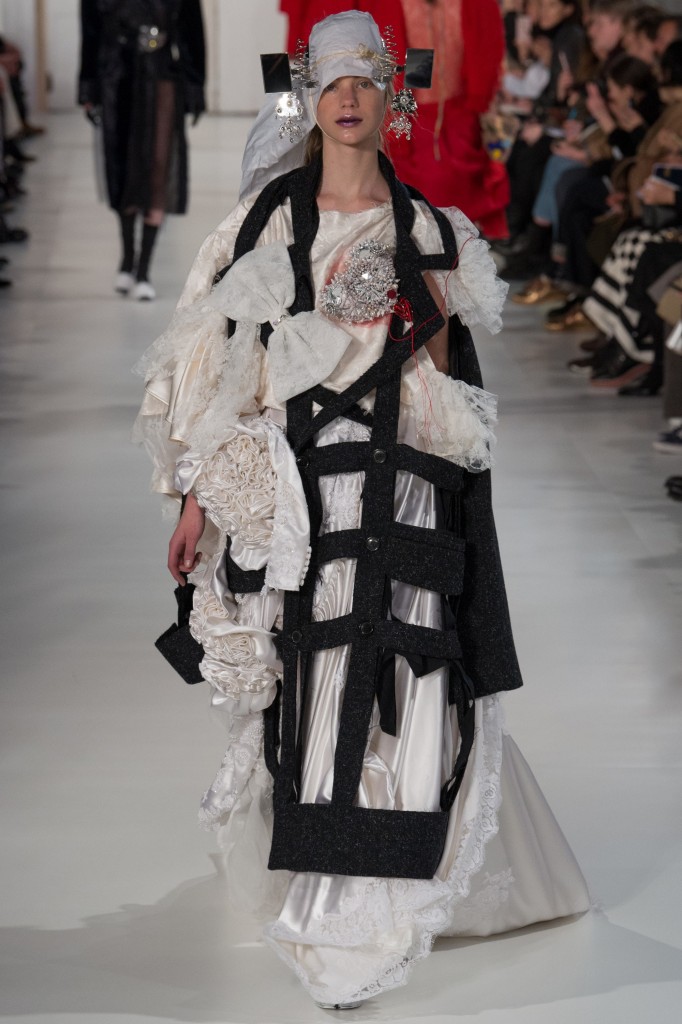 Sarah Mower, in her review of the collection, offers, “On the one hand, there’s the urge to escape back to the land, and on the other, the compulsion to be constantly connected.” Although Galliano may simply be keeping in line with Margiela roots, given Galliano’s history, we know there is more to the story.

We can’t help but be sucked into the pull of news outlets and social media these days. As designers, we are watching how the changing social climate and global relations may affect how we do business.  We know Galliano’s finger is on the pulse as well, and most likely, the seam ripper. In fact, word has it that political graffiti by Shepard Fairey hangs on Galliano’s inspiration board at Margiela headquarters.

For those of you who might need a quick history refresher, remember that Galliano has been the creative director at Margiela since 2014. Prior to that, he has a rich history as a designer on the cutting edge of societal statements. 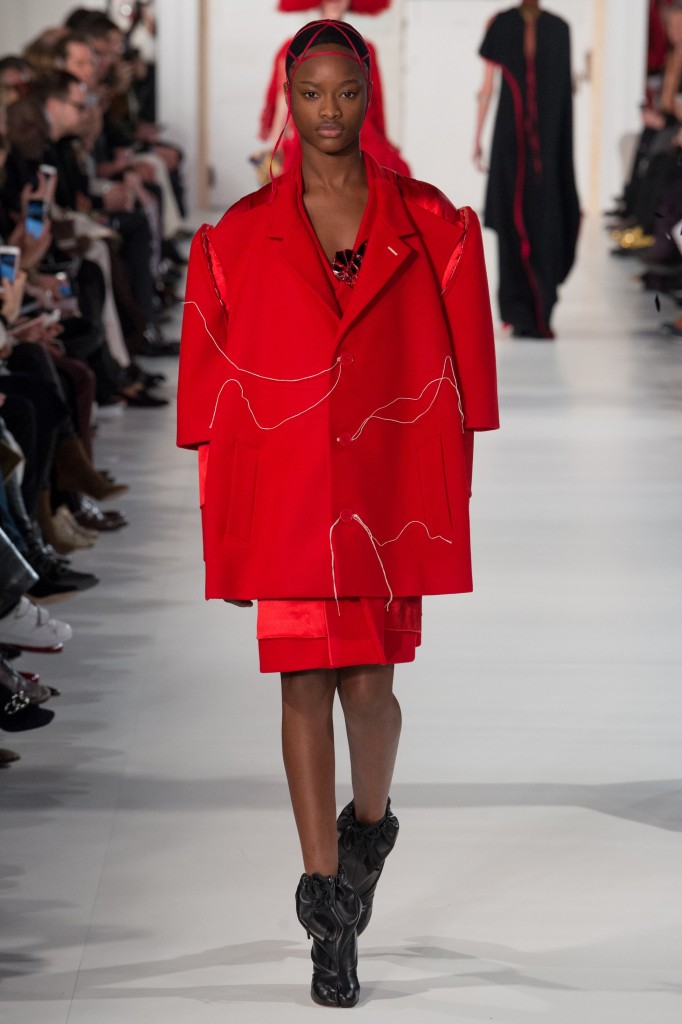 Galliano studied at Central Saint Martins College of Art and Design in London, where upon graduation, opened his own business in 1984 but went bankrupt in 1990. He struggled for several years until he won the support of Vogue editor-in-chief Anna Wintour and Vogue’s creative director André Leon Talley, who helped him get financing to stage a runway show with top models working for free.

Galliano was the first British designer to head a French haute couture house when he landed a job as head designer at Givenchy in 1995. He left Givenchy two years later and was hired at the house of Dior. While at Dior, he created some of the most famous collections and memorable fashion shows challenging societal norms with regards to age, size and gender. In 2011, Galliano’s politically incorrect comments resulted in his dismissal from Dior. In 2013, Galliano became a temporary artist-in-residence at Oscar de la Renta, again, with help from Anna Wintour who brokered the deal.

Today, as the creative director of Maison Margiela, it appears Galliano has found an appropriate fit. Increased revenue at Margiela for 2016 has been directly tied to Galliano.

This comes as no surprise as Martin Margiela, known as both “the seventh member of the Antwerp Six” and the “invisible man,” shared the pressures of fame. Although Margiela is considered fashion’s founding father of recycling and deconstruction, he has rarely been photographed or interviewed in an effort to reject the culture of mass media. For more on Margiela, take a few moments to watch the short film below. 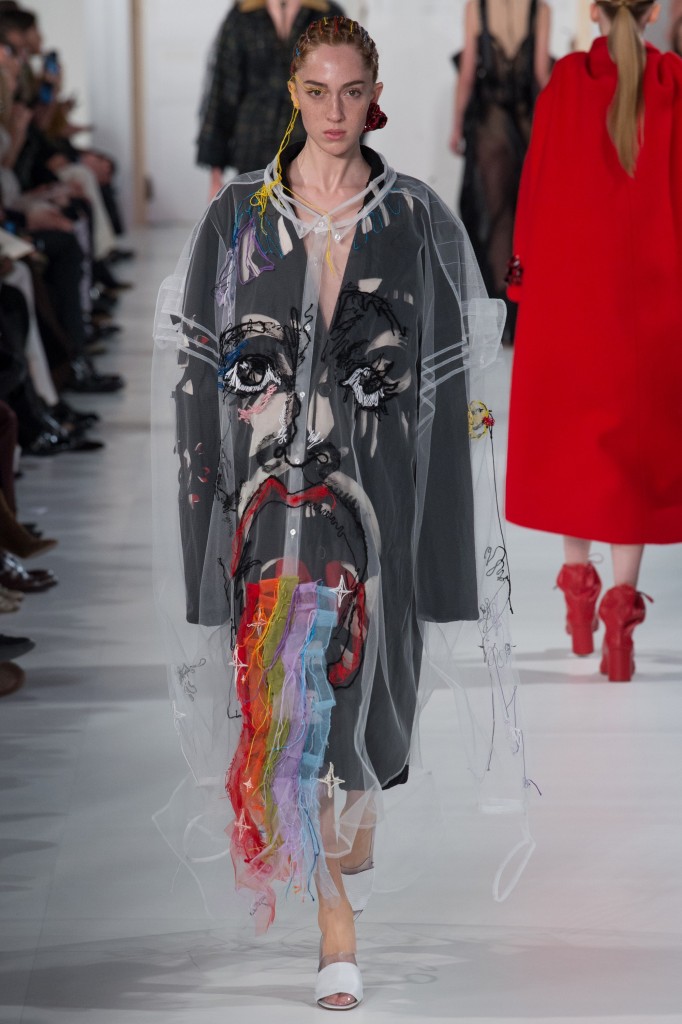 Galliano follows in Margiela’s press-shy tradition skipping post-show press briefings, instead making his own statement about mass media on the runway. Just take a look at the familiar rainbow Snapchat filter pouring from the look at the left acknowledging the prevalence of social media in our lives. We imagine that the deconstructed-to-strips slip dresses and trench coats are perhaps a commentary on what remains when the political process as we know it is stripped away, or perhaps our privacy and protections, or could it be a statement on how vulnerable we become when those in power lose their filter? Let us know your thoughts below.