When you think of iconic fashion magazine images, which favorite shots come to mind?

These prolific photogs share something in common. No matter the celebrity, product or scene they are shooting, they do so through their own recognizable lens.

Irving Penn is one such master at putting his spin on a photograph regardless of the subject—and is a recent subject himself of an exhibit at New York’s Metropolitan Museum of Art. The exhibit marks the centennial celebration of Penn’s birth, and we were lucky to get a few of our own photos of this artist’s expansive body of work over a career spanning almost 70 years.

Step behind the lens of a fashion photographer for a moment. Imagine being tasked with featuring a certain shoe, for example. Here’s how Leibovitz has tackled the challenge: 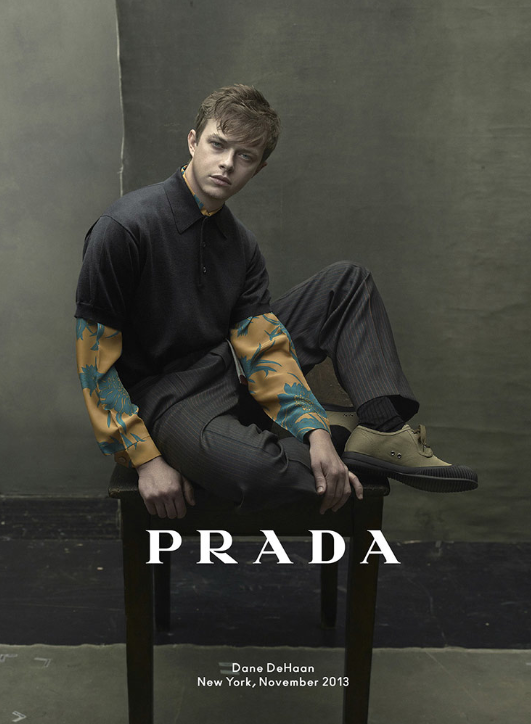 And a sample of a Testino shoe shot: 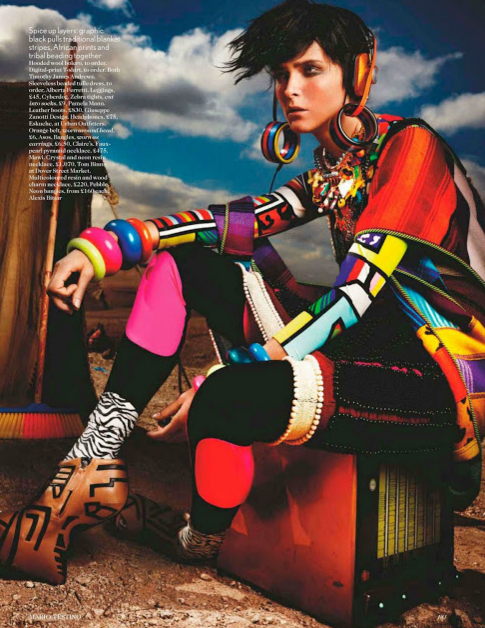 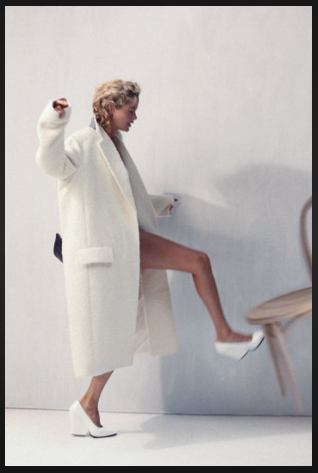 And finally, the easily-distinguished style of Irving Penn: 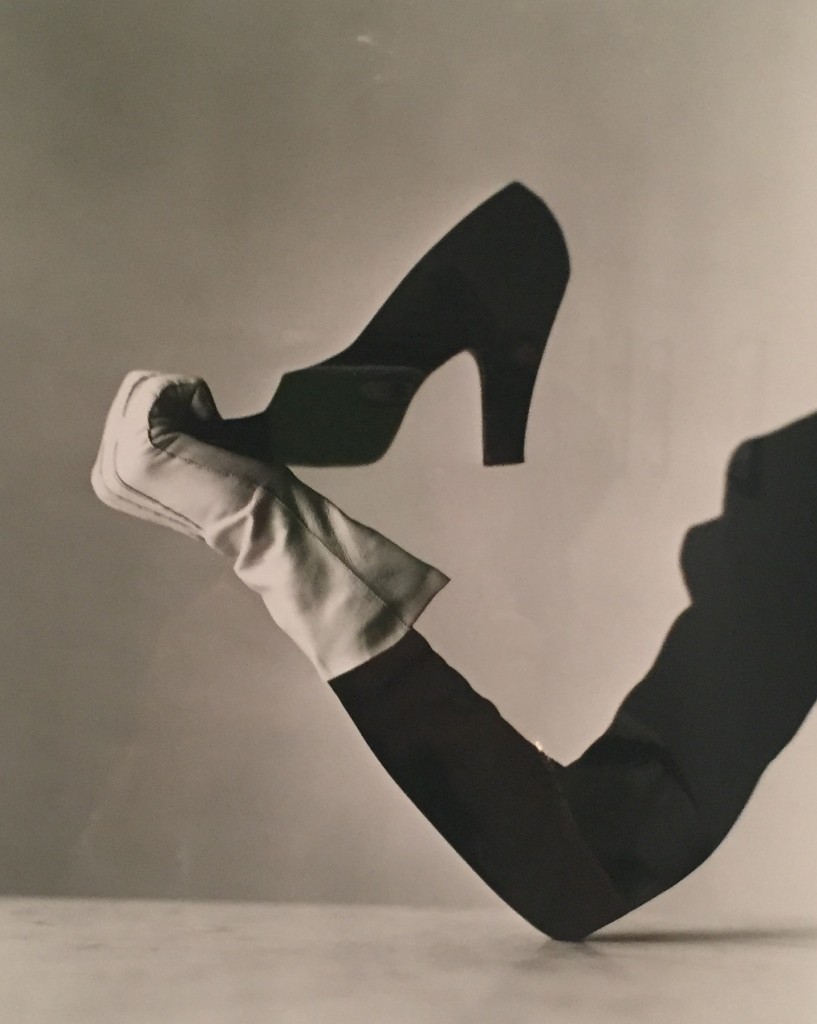 Most of Penn’s fashion photographs were shot in black and white, and he was (and continues to be) one of Vogue’s most celebrated photographers. A revolutionary in fashion photography, Penn featured models as no other photographer had before—against a simple back drop he found in Paris in 1950. Penn also featured the back drop itself, allowing its edges to be visible and giving the viewer an intimate “behind the scenes” peek in addition to the featured couture. 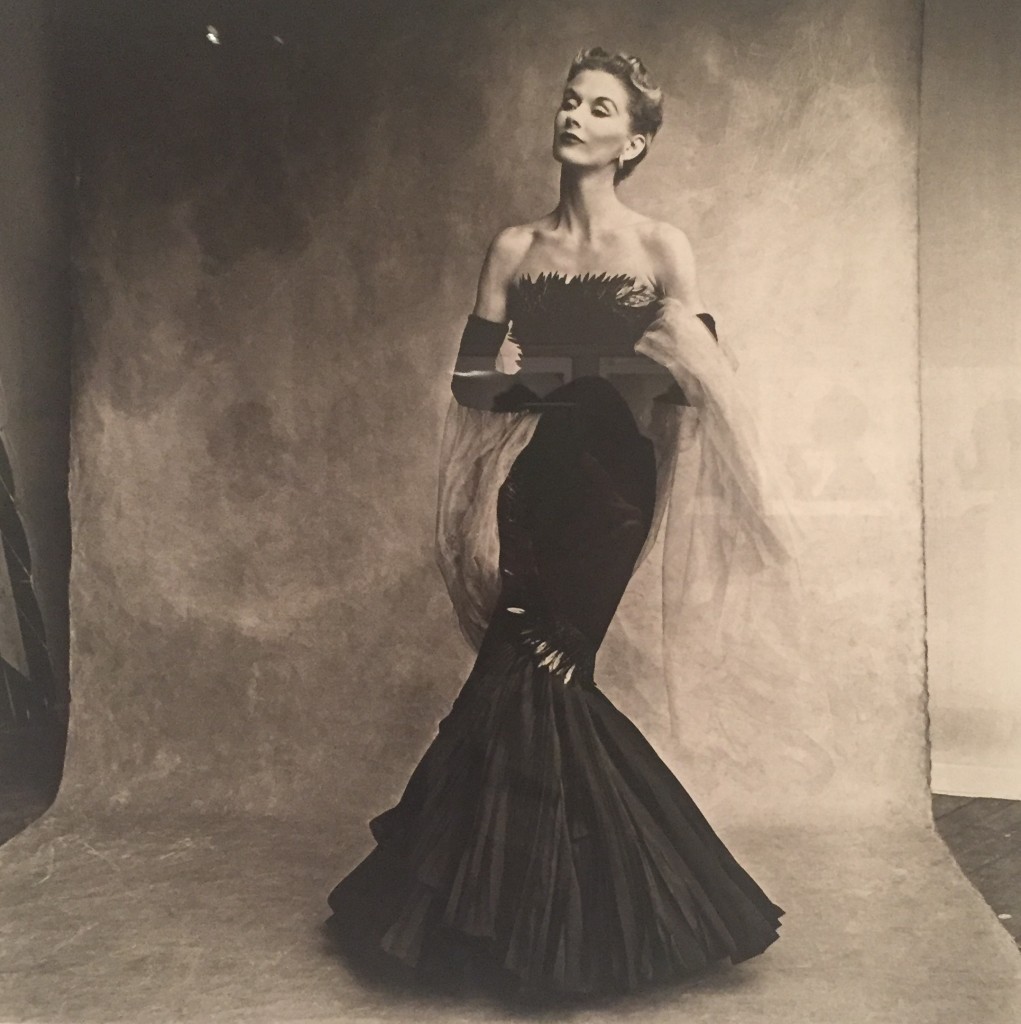 Penn’s favorite model? Lisa Fonssagrives, pictured above, who Penn was deeply in love with and eventually married. Penn’s signature style featured not only Fonssagrives, but extreme attention to detail and composition as evidenced below: 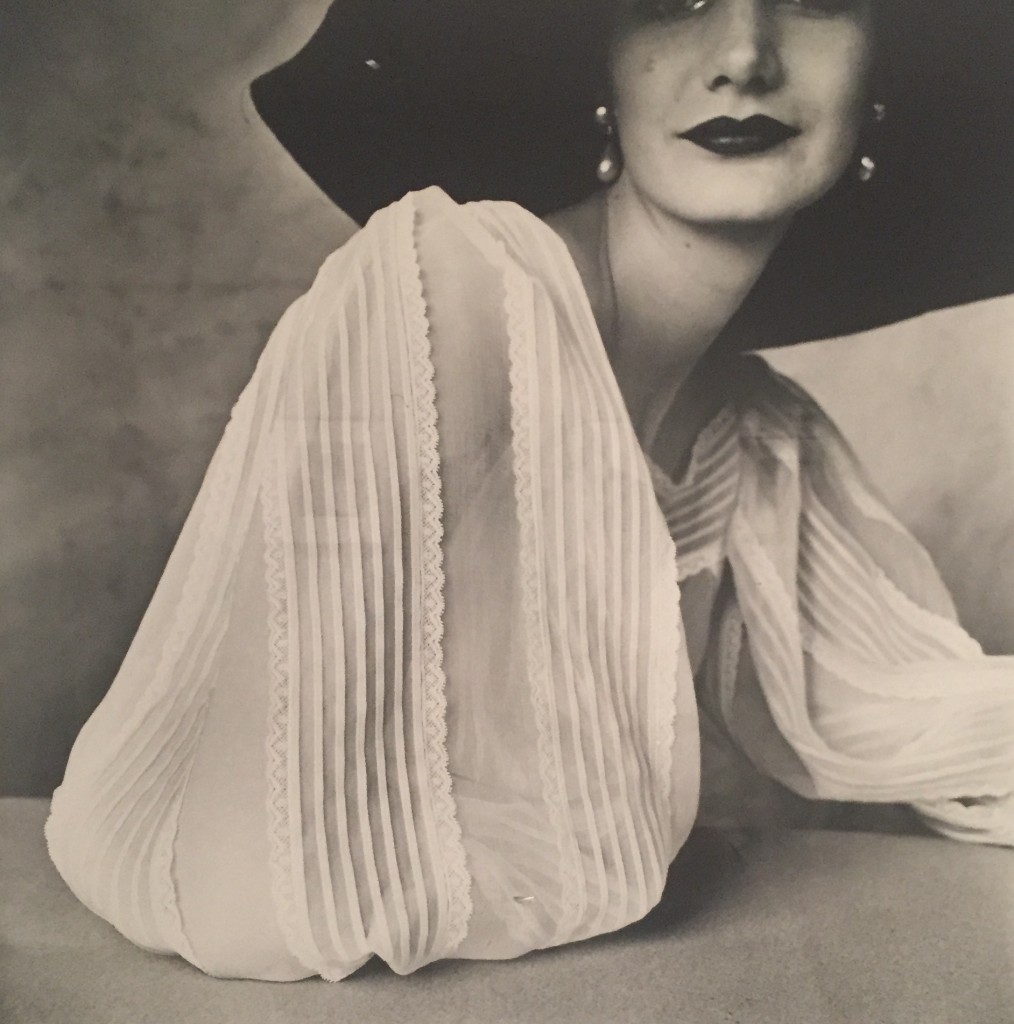 Notice every drape of the sleeve: 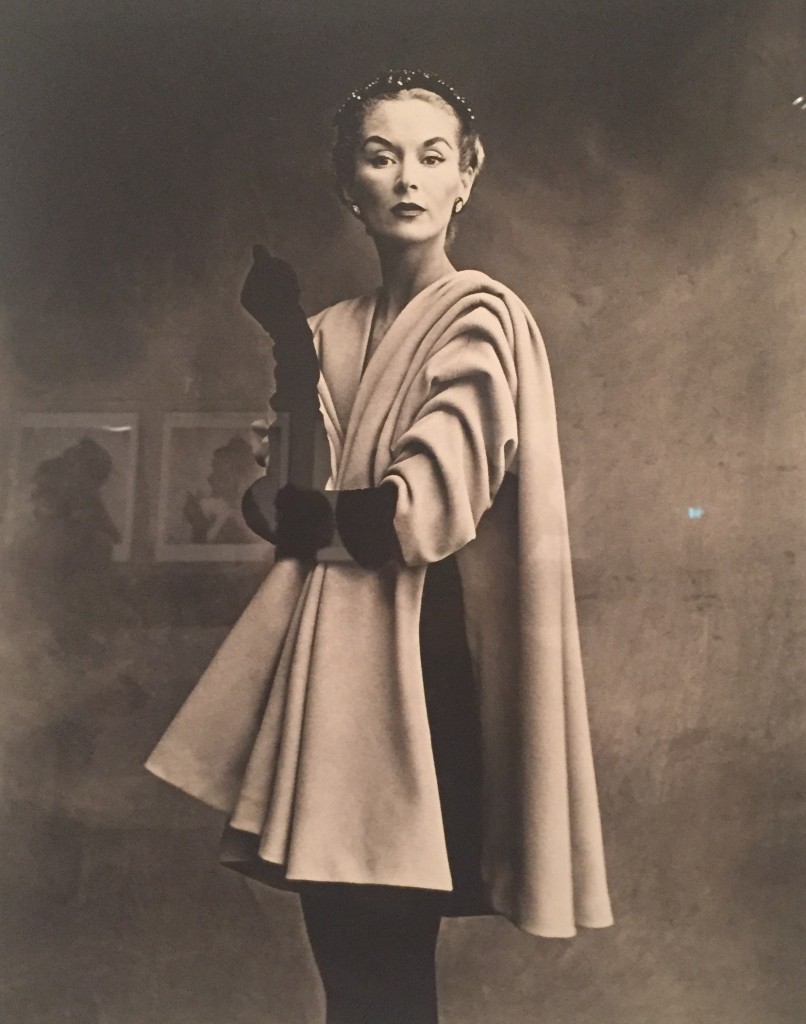 Imagine capturing the right angle of the stitch line on this bow: 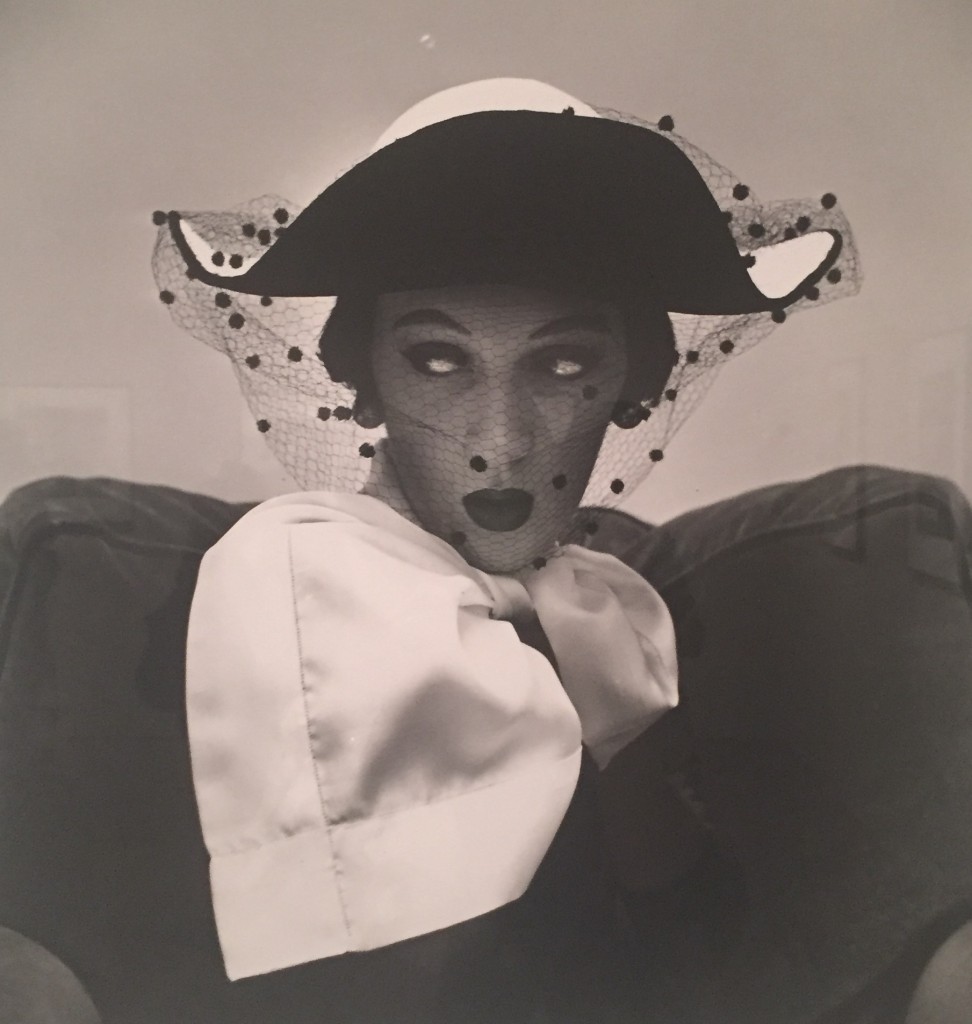 While the Irving Penn exhibit has officially closed at the Met, you can learn more from the audio tour that accompanied the exhibit here. Listen to first-hand accounts of what it was like to work with Penn from his son and editors at Vogue.

If you are an aspiring fashion photographer, let the famed photographers mentioned above provide you with thought-provoking inspiration. How will you define your signature style? How will your shots stand apart from the rest? Will others be able to say, “Oh, that’s a Penn, Leibovitz or fill-in-your-name-here?”

And if you are a designer, give some thought to how you would like your aesthetic represented. Connecting with a photographer who shares your vision is one of the most important brand-building steps you can take as you begin to market yourself and your brand. Feel free to use the comments below as a place to connect with other aspiring fashion artists.