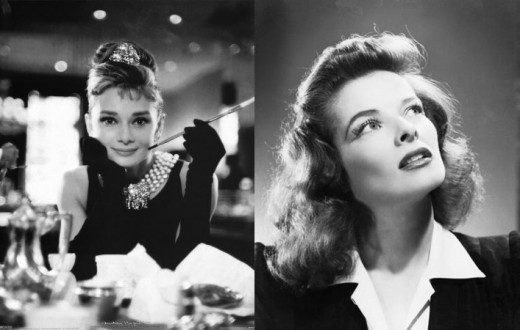 It’s hard to imagine life before social media became an integrated part of our everyday lives – there is just no escaping it. Our dependence on it has grown tremendously, especially over the last few years. It you are an Insta, Pinterest, Facebook or SnapChat follower, you don’t even realize how much of an ‘influence’ these channels, even subliminally, are having on your fashion choices.

In the not so distant past, however, fashion was presented to the world in an extremely controlled way, by a tight knit group of retailers and publishers whose stores, magazines, editorials and even the advertising that they chose, all projected a certain point of view…theirs. Every image presented was methodically staged and fully orchestrated by them. These carefully curated images usually represented a fantasy of beauty and inclusiveness that many in the ‘real world’ felt very out of touch with. Fast-forward to the digital age. Today, it’s a very different story. Thank goodness.

With platforms like Instagram and Snapchat, consumers have become their own magazine editors, as they share their personal style with millions of users. Fashion savvy customers no longer rely on magazines to tell them what the latest ‘must have’ item of the season is, and Millennials, Gen Zers and iGeners are looking to bloggers, influencers, celebrities and even their own sartorial friends for the latest fashion trends.

While it appeared that these women wore whatever they wanted, the truth is, that many were dressed by famous designers and signature looks were created just for them (think Givenchy for Audrey Hepburn and designer Gilbert Adrian for Joan Crawford, Greta Garbo, Marlene Dietrich and Carol Lombard). Costume designers, such as Edith Head, also played a role in helping create  looks that accentuated that particular starlet’s figure type (think Dorothy Lamour, Ginger Rogers, Barbara Stanwyck, Bette Davis, Grace Kelly, Shirley McLaine, and Elizabeth Taylor).

It didn’t take long for socialites to join the royals and starlets and of course, lest we forget…  fashionable FLOTUS and British royalty, who, either with the help of some very talented designers, or by using their personal fashion sense, were added to the list of fashion influencers. 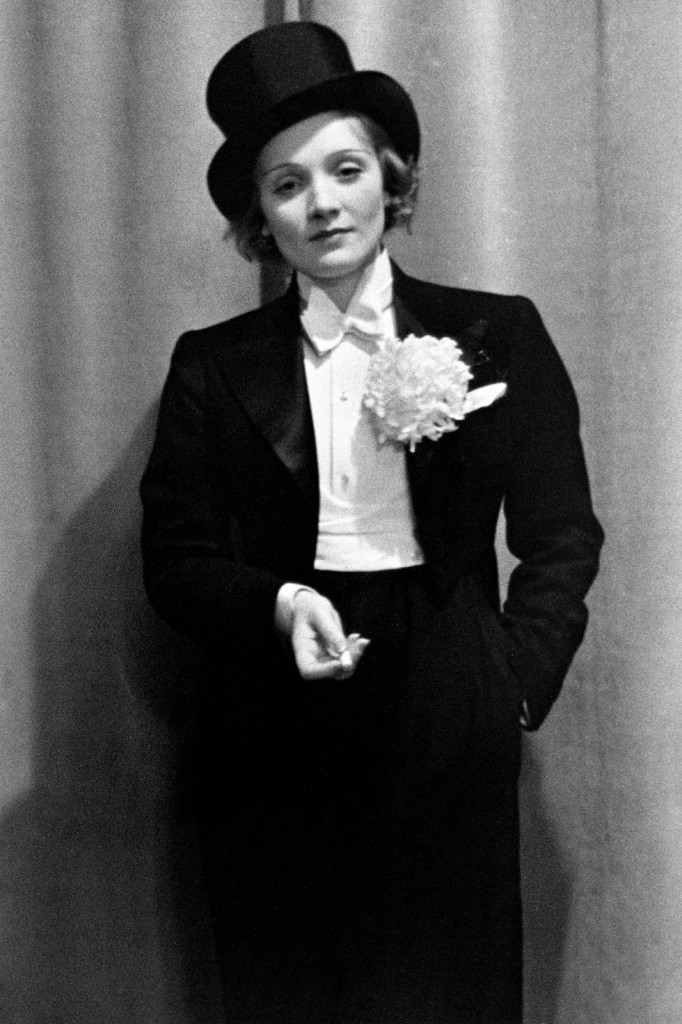 Marlene Dietrich in a tuxedo (Photo Courtesy of Getty Images)

Marlene Dietrich was the original style chameleon. In the 1930’s, she was the first woman to be photographed wearing a tuxedo and the first to introduce the androgynous look. At that time, women could be, and were, arrested if they wore pants in public and detained for “masquerading as men.” Dietrich’s penchant for menswear became her signature style and yet the look was both elegant and chic. 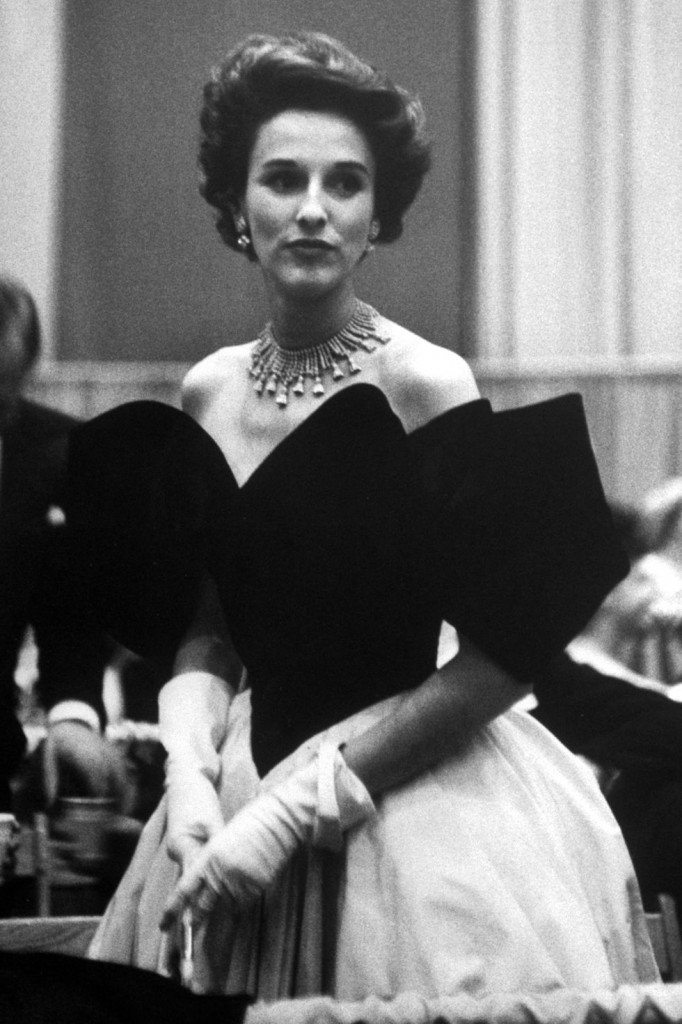 While not a starlet, this society icon was the innovator of the high/low approach to fashion in the 1950s. Babe Paley inspired many women with her eclectic mix of designer clothes mixed with cheap costume jewelry. Who can forget that iconic image of her with a scarf tied around her handbag? This sparked a trend that still remains popular today. Babe dressed purely for her own pleasure, and her style was effortlessly elegant. 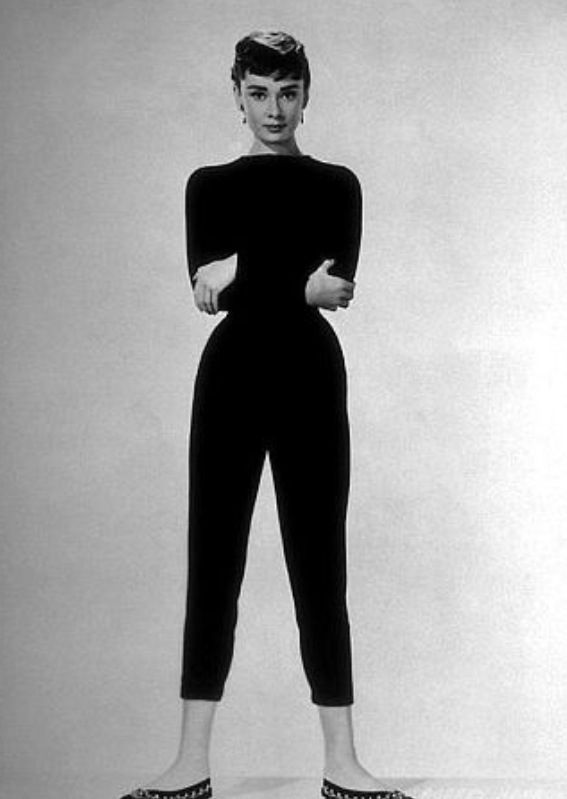 Audrey Hepburn was a major fashion influencer beginning in the early 60s and throughout her long career. In fact, her style lives on even today!  Her classic Holly Golightly look from Breakfast at Tiffany’s is one of the most iconic ‘Old Hollywood’ photos out there. That fabulous little black sheath dress by Givenchy and Edith Head’s straight, black-cropped pants and boatneck top, worn with slip-on loafers, which were designed by none other than Salvatore Ferragamo. Hepburn is arguably the originator of minimalism.

For a lesson in creating the little black dress, check out:  https://www.universityoffashion.com/lessons/sheath-dress/ 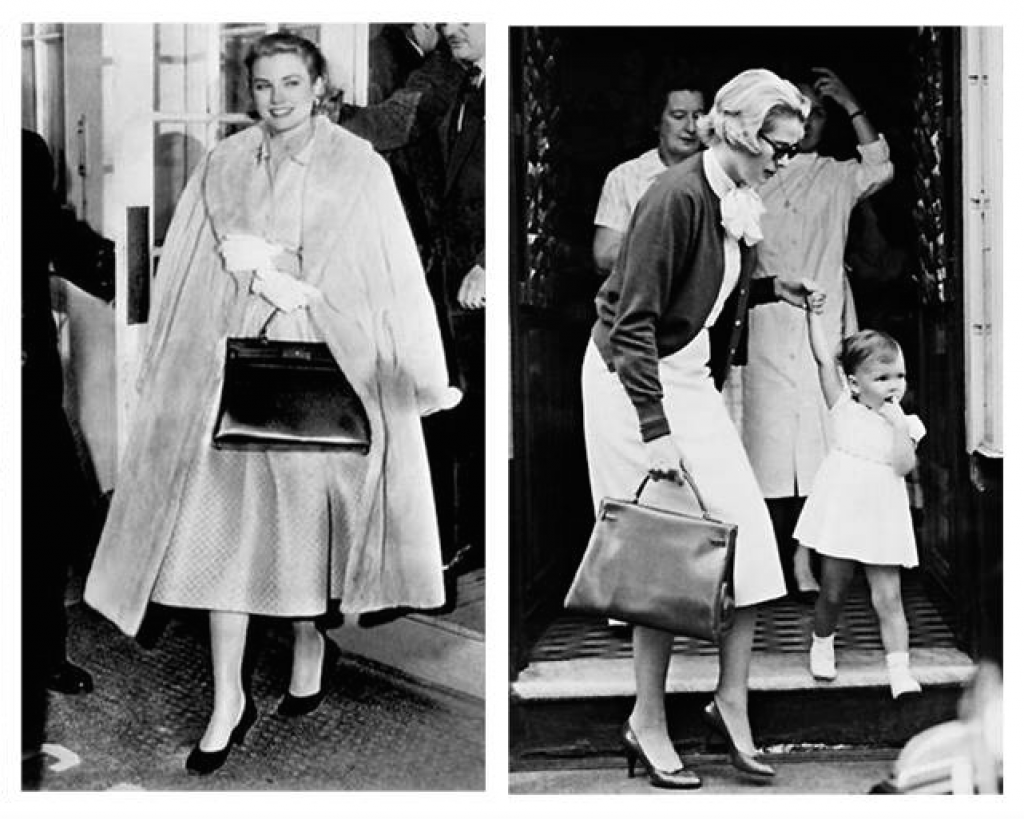 Grace Kelly’s classic, sophisticated style was always impeccable. Her iconic feminine dresses and tailored ensembles made her one of the most influential fashion icons of her time. In fact, Hermès renamed one of their purse designs, the Kelly Bag, after the actress was spotted toting one on numerous occasions. The American actress married Prince Rainier III of Monaco, on April 1956 and her grace and style were inspirational to women all around the world. 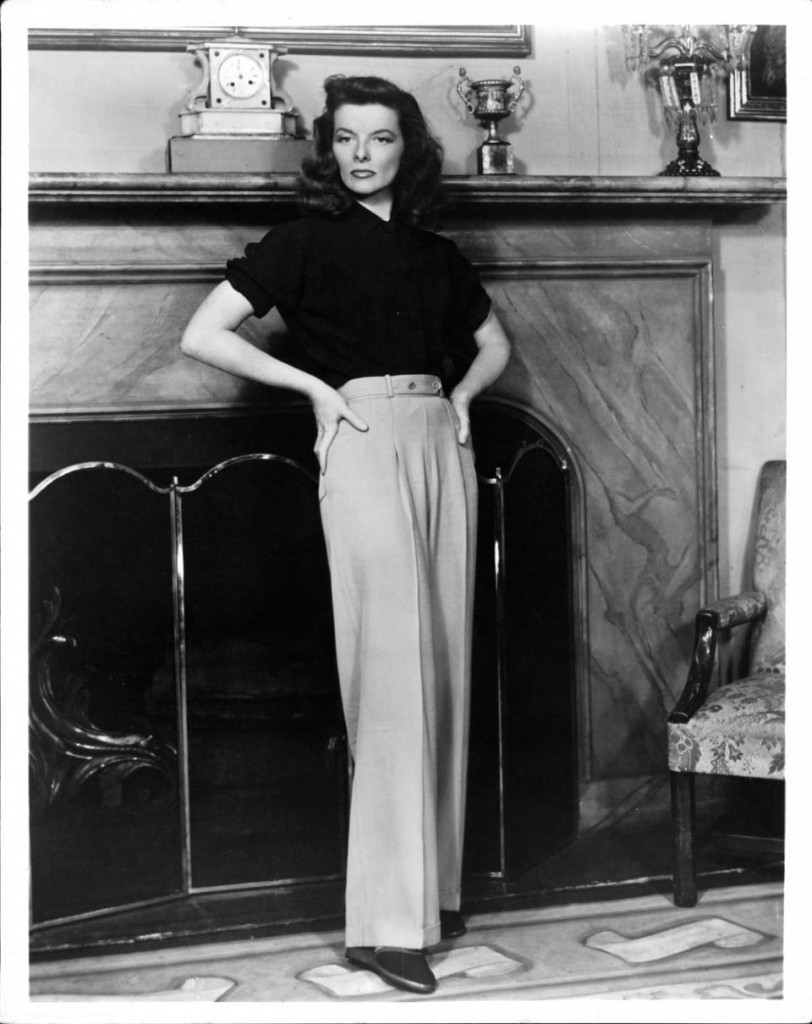 Katharine Hepburn in a scene from the film ‘The Philadelphia Story’, 1940 (Photo Courtesy of Getty Images)

Katharine Hepburn was one of the most idolized actresses of her generation. On and off screen,  Katharine fashioned her very own personal style that embodied the ‘American look.’ She was not only a Hollywood Star, but an icon that forever changed the landscape of fashion and feminism.

For a lesson in creating the perfect pant, click this link:  https://www.universityoffashion.com/lessons/basic-pant-sloper/ 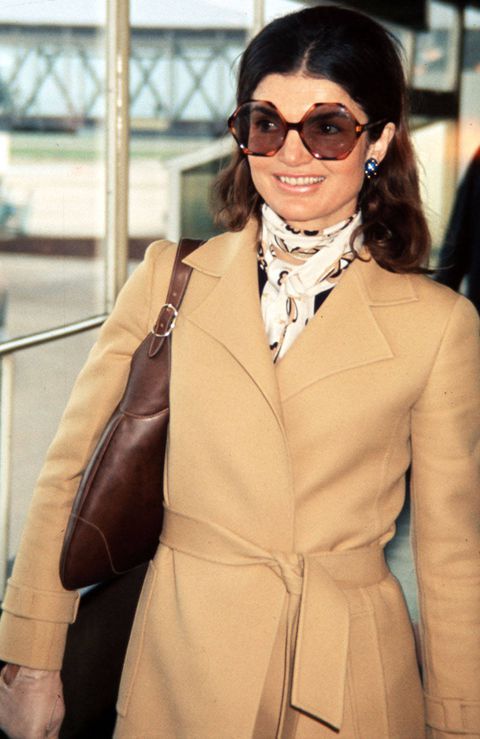 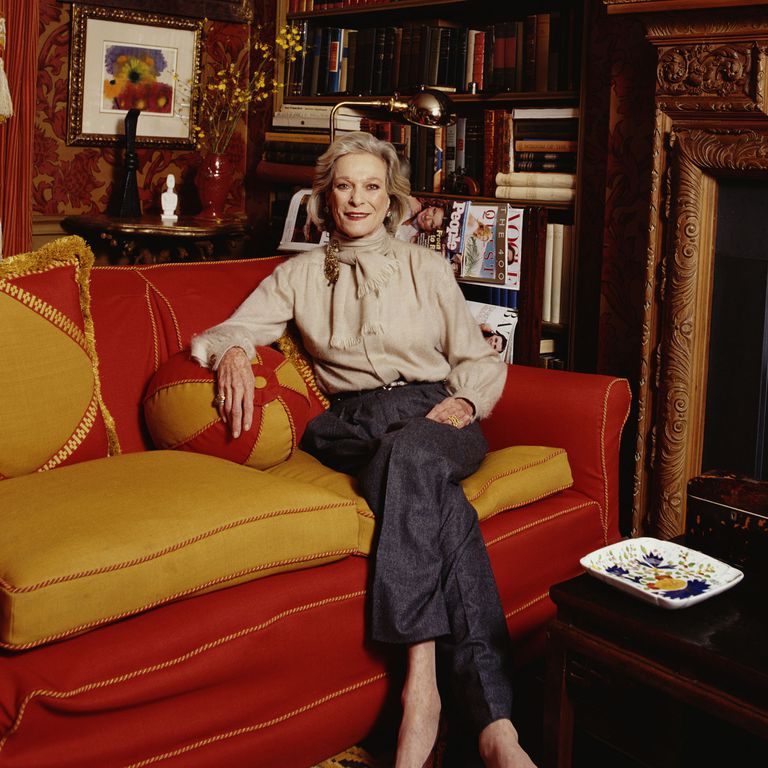 Nan Kempner, a New York socialite, was a clotheshorse, fashion rebel and an avid collector of couture. It was rumored that she never missed a Paris couture show over a span of forty years. In the 1960s, when Nan was refused entrance because she was wearing a pantsuit to La Cote Basque, a chic New York City restaurant, she took off her trousers and walked right into the restaurant wearing only her top. #womensliberation 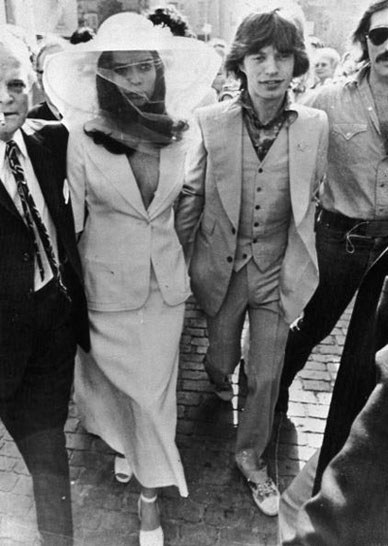 Bianca Jagger had a style all her own. Married to Mick Jagger and a regular at Studio 54, Bianca epitomized the glitz and glamour of the 70’s. She often wore sequined sheaths, fur, high-waisted pants, crisp suits, and unbuttoned blouses. She had the eclectic flare to be able to mix and match old pieces with new in a thoroughly modern and entirely rock and roll kind of way. 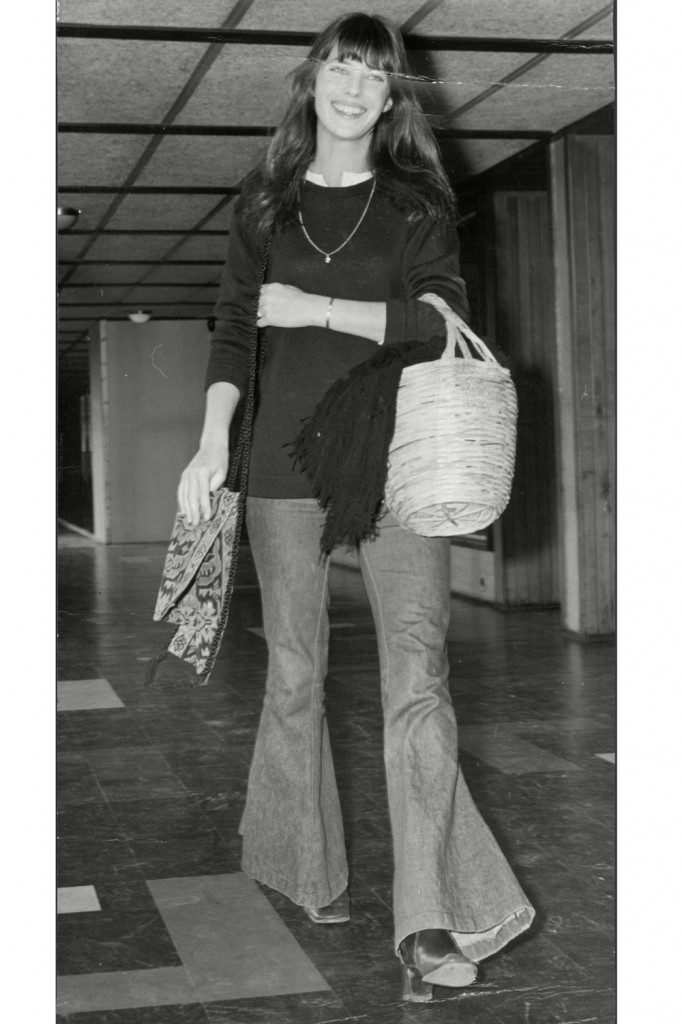 Jane Birkin, English actress, singer, songwriter and model, rose to fame when she married Parisian pop poet/songwriter Serge Gainsbourg in the 1980s. Birkin defined a new era of gamine chic. Known for wearing bell-bottom  jeans, simple knits, delicate jewelry, white tees, and short minis – all with effortlessly cool ease – her style is proof that casual can and always will be stylish when done in the right way. In 1984, Hermès created the now iconic ‘Birkin’ bag in her honor. Every influencers dream! 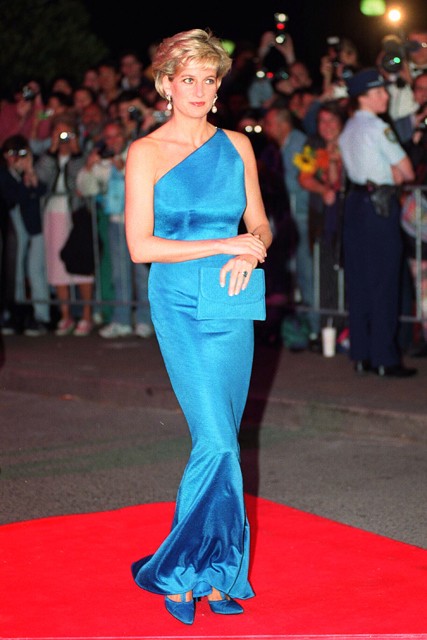 Known as the People’s Princess, Princess Diana of Wales was known for her savvy fashion sense just as much as she was known for her humanitarian efforts. When she wed in the ’80s wearing a huge, fluffy white wedding dress with leg-of-mutton sleeves, brides around the globe copied her gown. Women also mimicked her signature style of off-the-shoulder gowns worn with classic pearls. Princess Di helped put British fashion on the map, wearing labels such as Catherine Walker, Bellville Sassoon, and Gina Fratini. She was also known to wear plenty of Gianni Versace’s creations and attended his funeral with her dear friend Sir Elton John.

So tell us, who makes your top 10 list of 21st century fashion icon influencers? And Why?