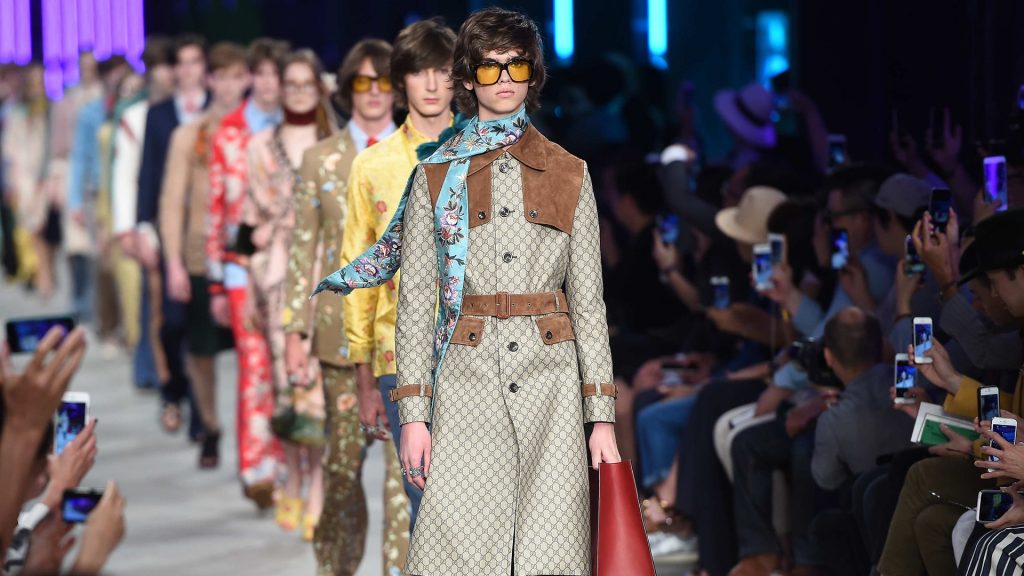 Trends come and go, but we believe that the androgynous trend is here to stay, at least for now. As a fashion movement, genderless dressing is gradually making its way into mainstream culture as the trend is hitting the major fashion capitals of the world. Thanks to many young celebrities and fashion designers, people of all genders are breaking convention with what they choose to wear. 0

UoF was the first to offer a lesson in androgynous fashion illustration in 2017 and it’s been one of our most popular lessons for the past four years.

Acceptance, inclusivity and an openness to change are fashion’s gift to 2021. This year is predicted to be all about reinvention and the gender-fluid movement. Think recording artist, Harry Styles, the poster child for androgyny. His gender-bending looks have been puzzling his fans for the past few years. The movement is now picking up  steam with many non-gender collections being launched by established brands such as Marc Jacobs and Gucci. 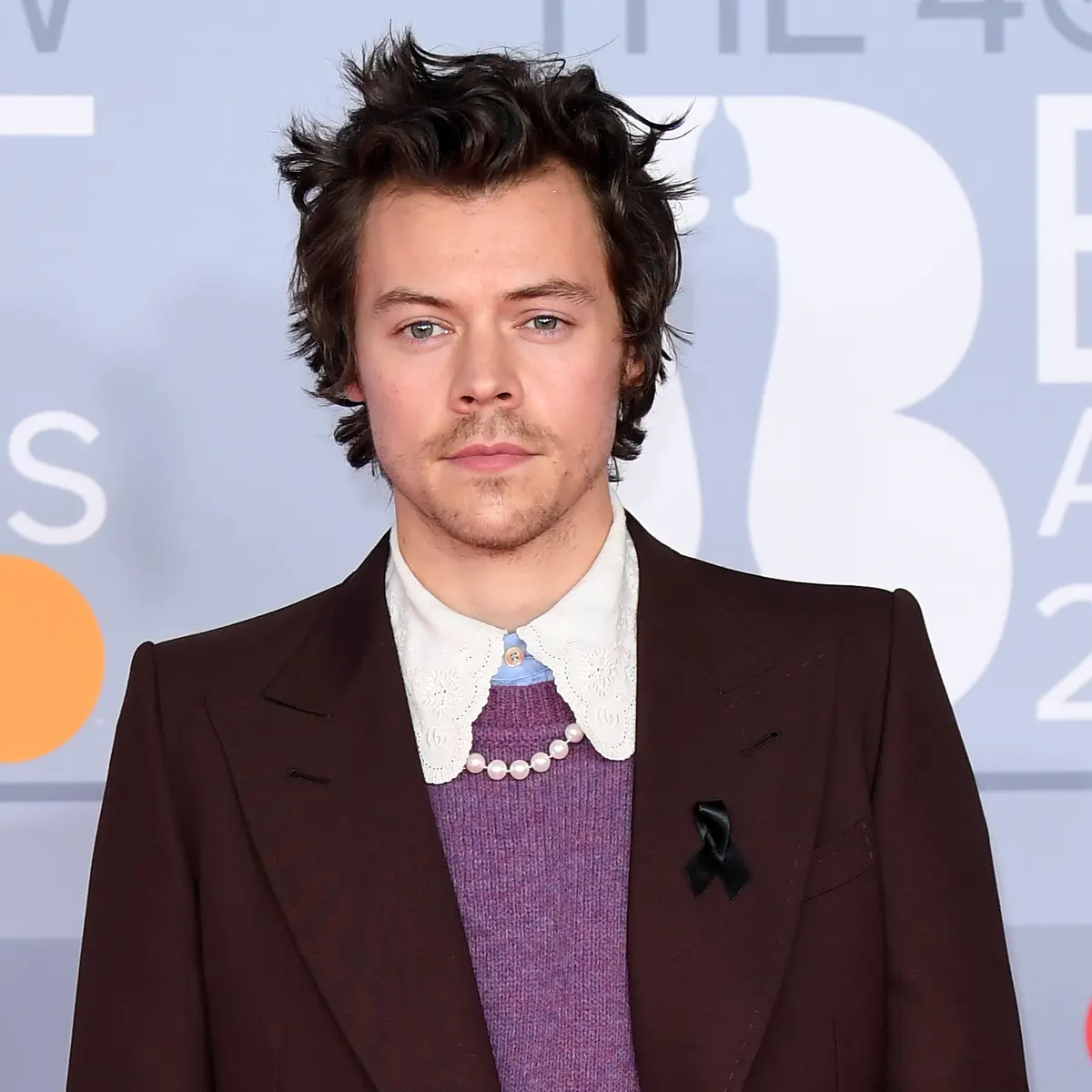 Although one could argue that celebrity androgyny can be traced as far back as the ‘30s with Marlene Dietrich and Katharine Hepburn, and in the ‘70s with Dianne Keaton and David Bowie, today’s celebs like Harry Styles, Tilda Swinton and Jared Leto are really pushing the envelope. In fact, some celebrity stylists are moving their clients away from a masculine-feminine divide to more ‘inclusive’ dressing choices. After all, inclusivity is the new buzzword. 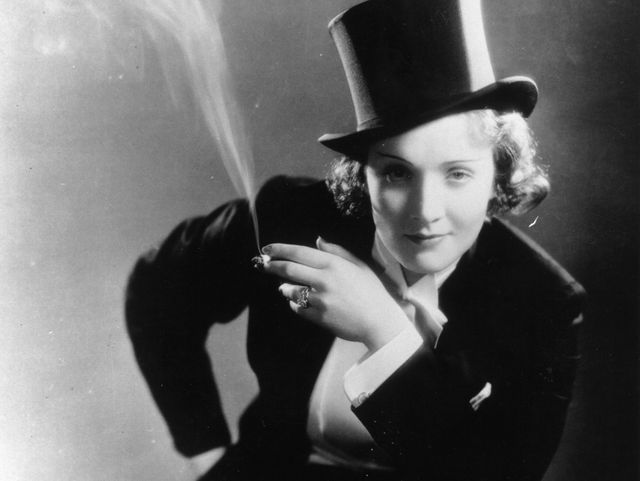 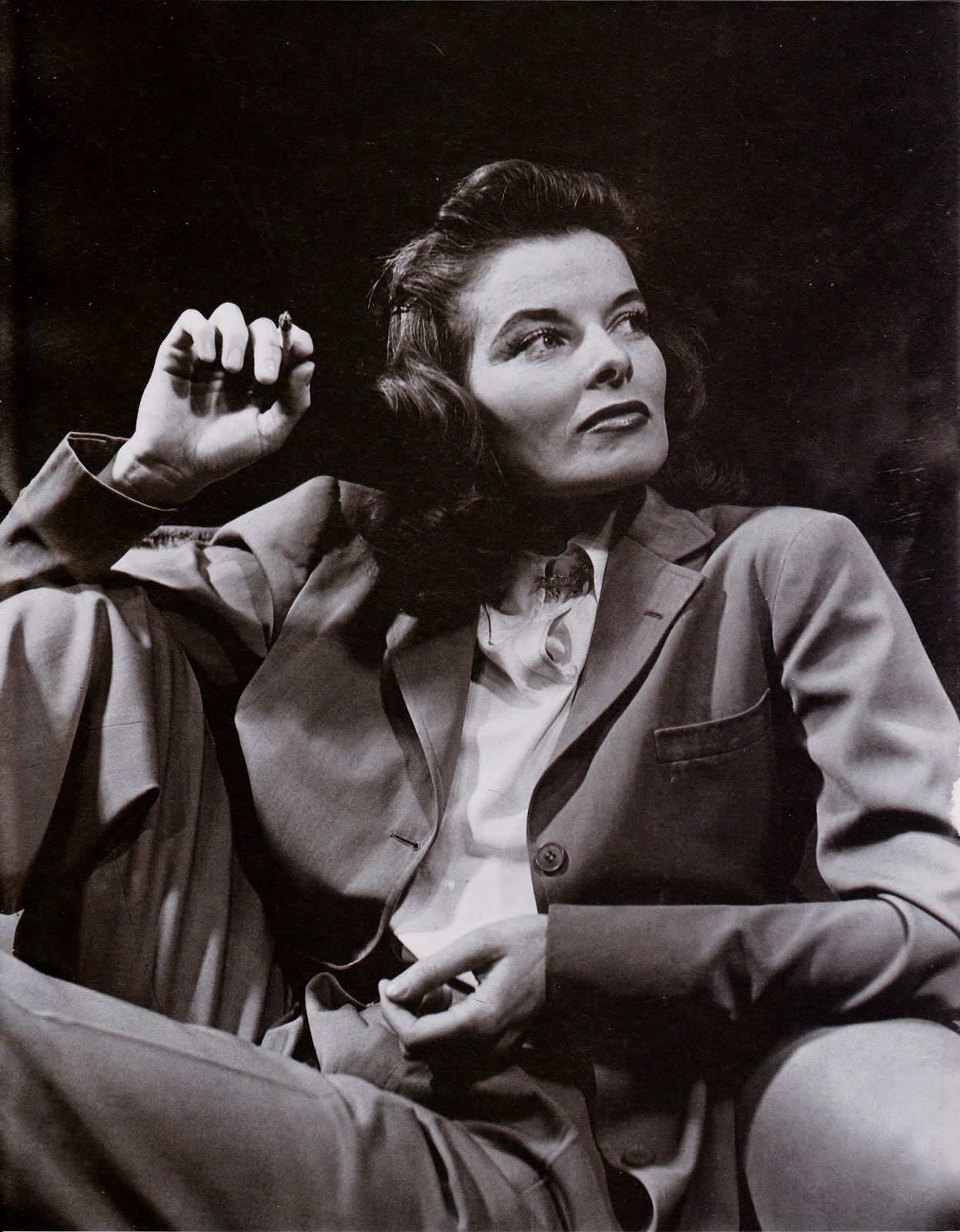 Katharine Hepburn epitomized the independent American woman, and she was one of the first to popularize pants. (Photo Credit: Getty Images) 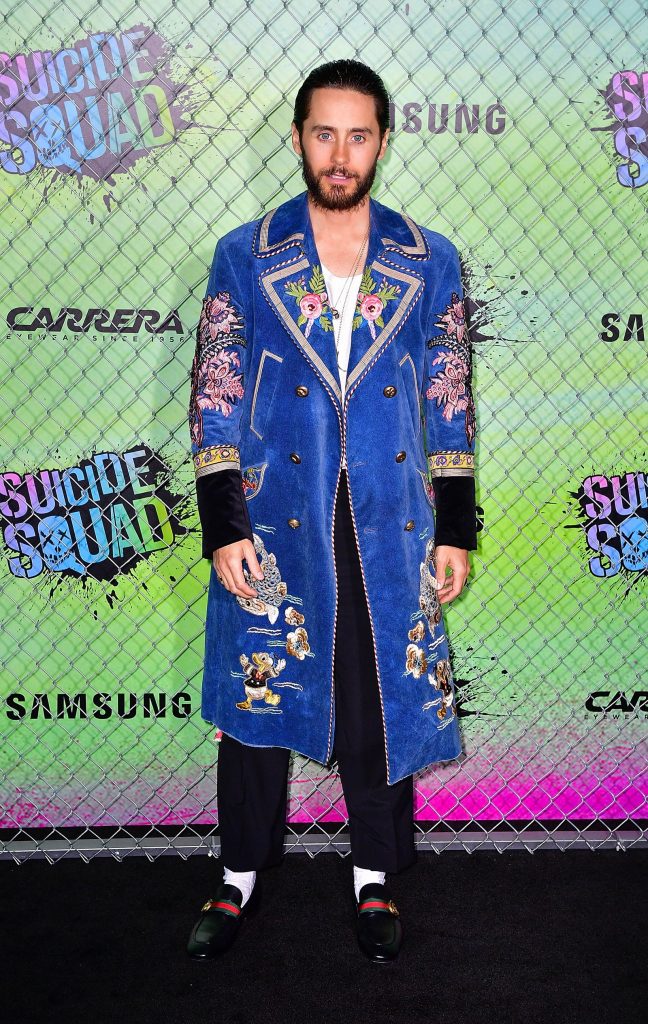 Actor and singer Jared Leto’s style has grown more and more daring. Leto has claimed that there is no singular definition of masculinity. (Photo Credit: Getty Images)

While the majority of retailers, brands and designers have reacted slowly to the movement, many are starting to come around. The cashmere knit collection Inhabit launched its first genderless collection in the fall of 2020, Norma Kamali reformed her storied brand to a unisex label in 2019, Umit Benan launched unisex line B+ and Equipment launched a gender-neutral collection in 2020.

There are also a number of brands who are strictly genderless labels such as Telfar, Aries, Les Tien, Gypsy Sport and Charles Jeffrey Loverboy. In 2018, Stefano Pilati introduced a fluid men’s wear label Random Identities. Even global giant retailers like H&M and Zara have incorporated genderless collections in their stores.

According to Rob Smith, the founder of Phluid Project (which launched in March of 2018 in NYC and online for access worldwide as a gender-free fashion brand), “Consumers are ready for genderless fashion, especially Gen Z consumers”  Smith said, at a WWD Culture Conference in November 2020, “that 56 percent of Generation Z consumers shop outside their assigned gendered area.”

For merchants to adapt to gender-neutral fashions, retailers must re-evaluate their merchandising strategies, designers must reexamine what a genderless collection actually is, and the industry must learn the language and terminology.

During the WWD Cultural Conference Smith used a character called the “Gender Unicorn” to demonstrate the proper way to address gender and sexuality. According to WWD, Smith spoke of five things related to identity, including the sex one is assigned at birth, gender identity, gender expression, who one is intimately attracted to and then who one is emotionally attracted to.

According to Smith, the parts that are pertain to fashion are gender identity and gender expression. To begin, a person can be assigned one of three sexes at birth: male, female, or intersex. Then comes gender identity, which is what one identifies themselves as and gender expression, which is how one dresses to express themselves. Smith started his speech identifying himself as a “cis man,” meaning he was assigned male at birth and identifies as male.

Smith explained at the conference that when he was young, sexuality and expression were lumped together, “but now it’s all about separating your sexual orientation with your gender identity.”

In an interview with WWD, Christina Zervanos, head of public relations at Phluid Project, said the non-binary consumer “combats the word unisex, because it has the word sex in it. For a lot of people, it speaks to sexuality when it’s about how you identify yourself.”

“Gen Z is begging for the non-binary language,” Zervanos said. “It takes a lot of learning and unlearning.” According to Pew Research Center, 35 percent of Gen Z is familiar with gender-neutral pronouns, followed by Millennials at 25 percent. Throw in Gen X at 16 percent and the total number of people familiar with gender-neutral pronouns reaches 76 percent.

Many brands are implementing the language, refer to their gender-neutral collections as genderless, like Official Rebrand, the genderless label from non-binary designer and creative MI Leggett. They coined the term “gender-free.”

“Gender is not a fixed thing,” said Leggett in an interview with WWD, whose pronouns are they/them. “I’d never heard people use the term gender-free when I started the brand. It’s kind of a play on gluten-free. If you don’t tolerate gluten, you don’t have to consume it, so I thought it was a funny play. A lot of people use gender-neutral. That feels a little stale to me. Free implies more freedom. Agender, genderless, there’s so many ways to describe your ideology as a brand. It all depends on what you actually mean. So to me it’s gender-free.”

Fashion companies are falling into the trap of creating looks and calling them “genderless” even though a piece may lean more toward men’s wear or women’s wear. Typically, genderless clothes are either oversize, formless, and shapeless. For years women have worn men’s wear as well as men’s inspired looks that today, it became mainstream.

Kanye West in a Givenchy by Riccardo Tisci leather kilt for his “Watch the Throne” tour. (Photo Credit: The Telegraph)

Unfortunately, men embracing woman’s garments did not translate as easily. In 2010, Kanye West wore a Givenchy by Riccardo Tisci leather kilt for his “Watch the Throne” tour, unfortunately his fashion choice received mixed reviews. In 2016, Louis Vuitton cast Jaden Smith (Actor Will Smith’s son) for its woman’s spring campaign, this was the first time the luxury house had a male modeling in their woman’s advertisements. There were many mixed reactions as celebrity men started wearing more fluid fashion choices. But Harry Styles changed the conception in 2019 when the singer wore a sheer Gucci blouse to the Met Gala and genderless fashion quickly started to move into the cultural mainstream.

Harry Styles cemented himself as a fashion icon in 2019, in his frilled Gucci shirt and pearl earrings at the Met Gala. (Photo Credit: Getty Images)

Toda, the category of genderless fashion is growing. One of the first designers to launch a unisex, gender-neutral brand is Rad Hourani in 2007. The designer created his label after he held an art exhibit for neutral clothes, which he described in an interview with WWD as “a tornado success where I started selling to department stores around the world.” Hourani noticed after moving to Paris at age 23 that all things were categorized according to “race, gender, age,” including fashion. 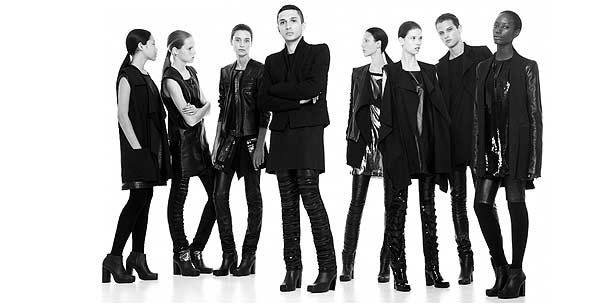 “When I speak of neutrality, I speak of any gender or non-gender,” he said. “Unisex is free of any gender categorization or limitation. Clothing is a discipline in which I can express myself and my vision around neutrality in general. Expressing gender neutrality is a big part of what I do. There have been unisex pieces like sneakers, jeans, T-shirts, but to create a full high-end collection for 13 years now, I needed to create my own base and sizes.”

“In the past two years, [genderless fashion] became a bigger subject, but what I notice the most is they use designs that are loose-fitting, but I think it’s a much deeper look at unisex morphology. There’s nothing new about making a woman masculine or a man feminine. That’s not unisex, that’s making one the other,” Hourani said. “For androgynous, you can’t tell, but it’s not unisex. Unisex is free of any gender categorization or limitation.”

He also sees genderless fashion as less restrictive than gendered fashion. “If you only give a man a dress, you’re only limiting him to a dress. But if you give a human a neutral garment, they will wear it any way they want.” 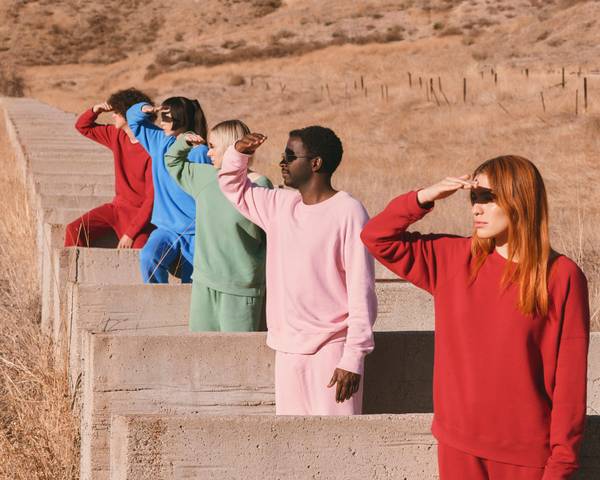 Entireworld offers all of the basics you need to build a solid gender-neutral wardrobe.

Emily Bode utilizes vintage textiles to create one of a kind jackets and shirts you’ll want to keep forever. 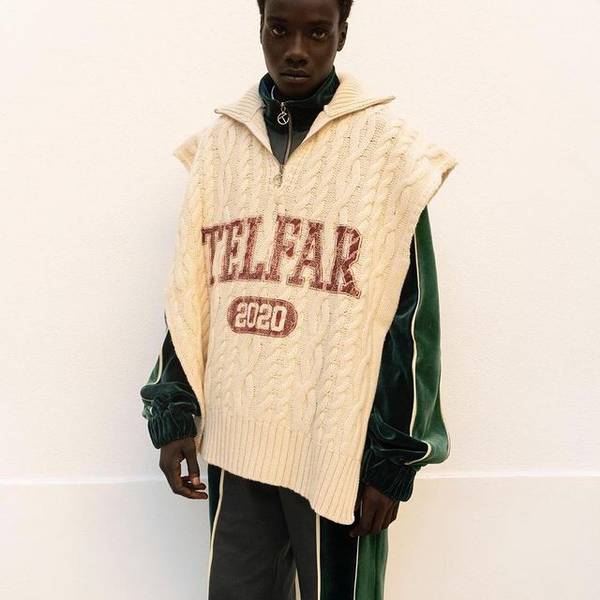 The Telfar shopping bag has created so much buzz, but Telfar Clemens doesn’t only create sought after accessories, he also has some great fashion pieces too. 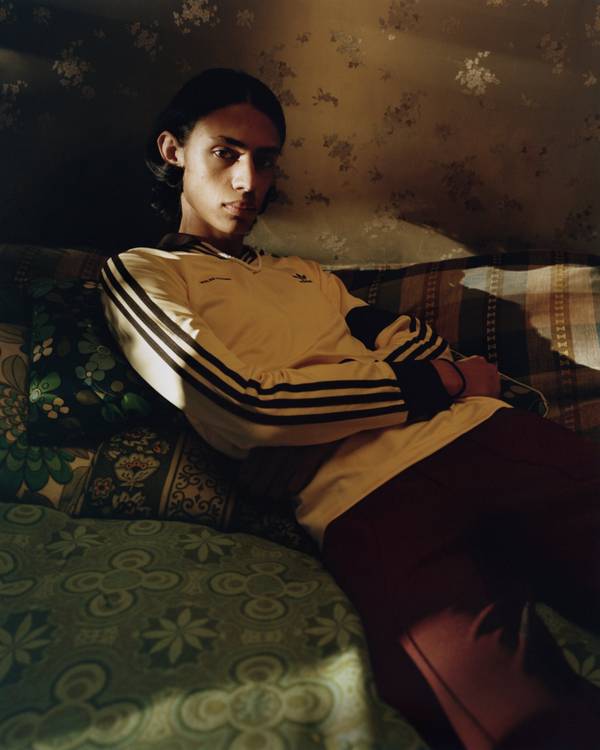 Grace Wales Bonner is the designer behind the gender neural label Wales Bonner. The brand is known for its impeccably tailored blazers and trousers, all with an unexpected sartorial edge. Wales Bonner also teamed up with Adidas for a limited collab, offering up a range of sporty spice looks. 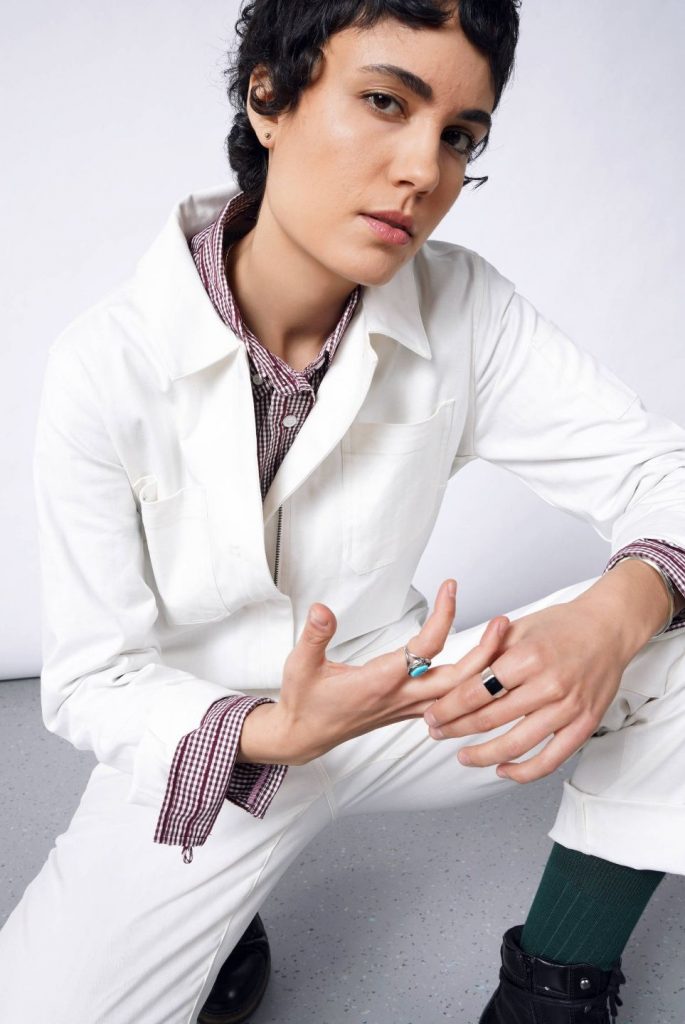 Two Nike executives created the label Wildfang which offers a range of workwear, suits, tees, and more, all of which offer the pared-down, structured look that’s often found in the men’s department.

SO TELL US, WILL YOU EMBRACE THE GENDER-FLUID TREND?