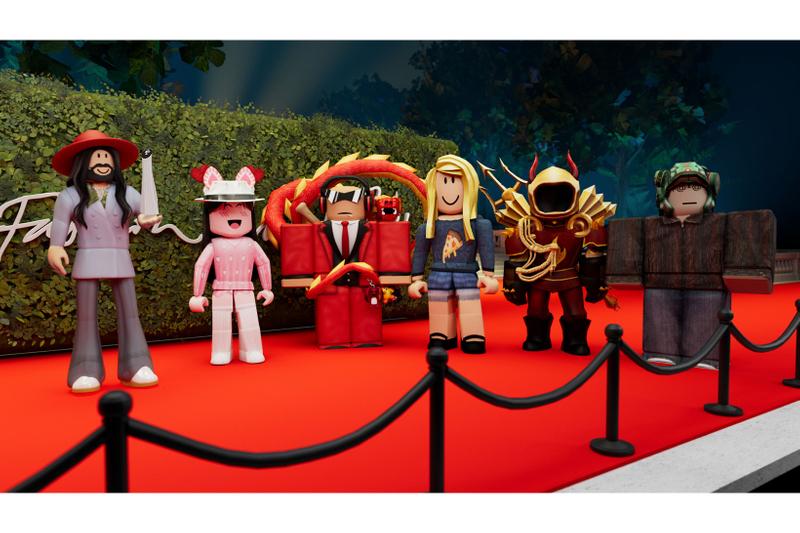 Fashion week in any major city if often described as a sensory explosion, with vibrations of bass-heavy music as models sashay down the runway in an elaborate display of a designer’s latest collection. While established labels often dominate the various Fashion Weeks, this year was a bit different. The new kids in town not only showcased their work as physical designs, but also digitally, or better known as “phygitally” (physical and digital).

So much buzz is generated around New York Fashion Week for traditional designers, but are you familiar with the Nolcha Shows? These shows, also held during NYFW, are where independent fashion designers showcase their collections to a global audience of press, retailers, stylists and industry influencers. Over the past eleven years the Nolcha Shows have become an established platform of discovery; promoting cutting edge innovative fashion designers through runway shows and exhibitions. The real Future of Fashion?

This past September, during NYFW Nolcha Shows, blockchain gaming ecosystem Chain Guardians took up space next to traditional designers, presenting their phygital take on classic designs. Their collection included a colorful, anime-style bodysuit, which included an NFC chip that, when scanned, was linked to a non-fungible token (NFT) that is wearable in the Chain Guardians metaverse. With a virtual reality (VR) headset, a user can physically try on garments, as well as interact with the brand’s virtual storefront.

Megan Kaspar is the managing director of Web3 venture capital firm Firstlight, and founding member of digital fashion house Red DAO. By the way, in tech lingo, a DAO is a decentralized autonomous organization (DAO) – a system developed to distribute decision-making, management, and entity ownership dictated by code on a blockchain. Kaspar has been a pioneer in blockchain-based digital wearables Web3 styling. In October 2021, she “wore” three pieces from DRESSX – a multi-brand retailer of digital-only clothing, NFT fashion items and augmented reality (AR) looks – on a Yahoo! Finance news segment using AR filters. In January, she had nine digital Fendi pieces tailored and transposed onto a photo of herself for the cover of Haute Living. 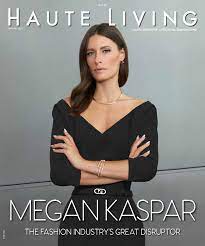 “As we move to a reality where device disruption keeps occurring in the near term…that will come with the use of more digital fashion,” Kaspar told CoinDesk.

Kaspar describes digital fashion as having four major use cases at present in her interview with CoinDesk.

For starters, there are digital-only garments sold as NFTs, which are intended to be worn in the metaverse. This form of digital fashion was embraced by Tommy Hilfiger, Dolce & Gabbana, Forever 21 and dozens more designers who released full collections on the metaverse platform Decentraland during the launch of Metaverse Fashion Week in March 2022.

The second is AR photo filters, which Kaspar used in her appearance on Yahoo! Finance. These filters are often used to create overlays on social media platforms like Snapchat, Instagram and TikTok, and can easily be integrated into live videos or photos.

The next example is digital tailoring, meaning that after a real-life photo is taken, digital garments can be placed onto a user’s photo, which is how Kaspar rocked Fendi on her Haute Living magazine cover. 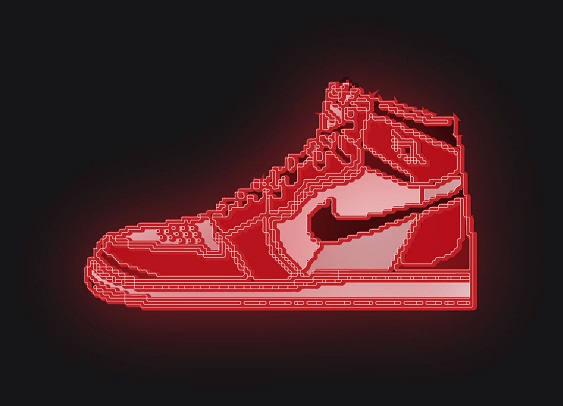 Last but not least, Kaspar mentions that people can also view digital fashion as investable assets – such as buying NFT garments as speculative assets, such as a pair of NFT sneakers to resell for a profit. Alternatively, consumers who purchase a rare digital designer handbag can prove their ownership over the asset on the blockchain. 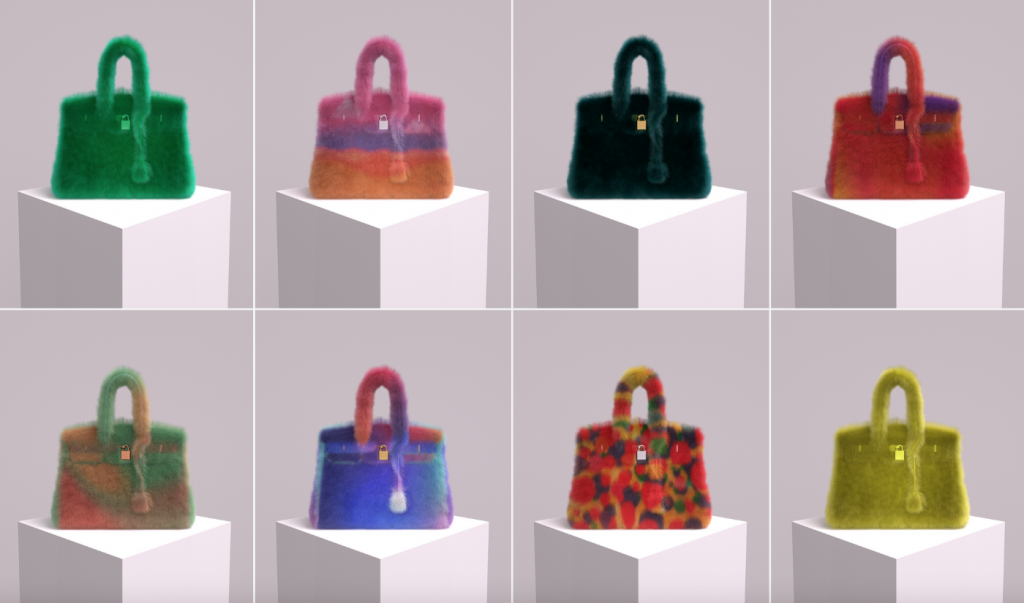 Kaspar states that while many people view digital fashion as speculative investments for now, she believes that a “pretty viable solution” for mass adoption of these technologies will be created within the next five years.

Many emerging brands are looking to digital fashion and technology to help solve many of the problems plaguing the fashion industry, such as sustainability.

One of the biggest issues the fashion industry faces is the production of fast fashion, which has practically doubled within the last twenty years. Present fashion consumption trends result in enormous amounts of textile waste, most of which is sent to landfills, burned, or sent to developing countries. Additionally, it was estimated in 2019, that textile production creates over 1.2 billion tons of greenhouse gasses per year, larger than all international flights and maritime shipping combined.

Of course, there are still concerns about evolving technologies like NFTs and their environmental impact due to energy consumption, but some emerging designers have found ways to use NFTs to tackle issues of overproduction and overconsumption of apparel. Notably, the Merge, Ethereum’s transition from proof-of-work to proof-of-stake consensus mechanisms has reduced the network’s energy use by over 99% to help make most NFT transactions more efficient. 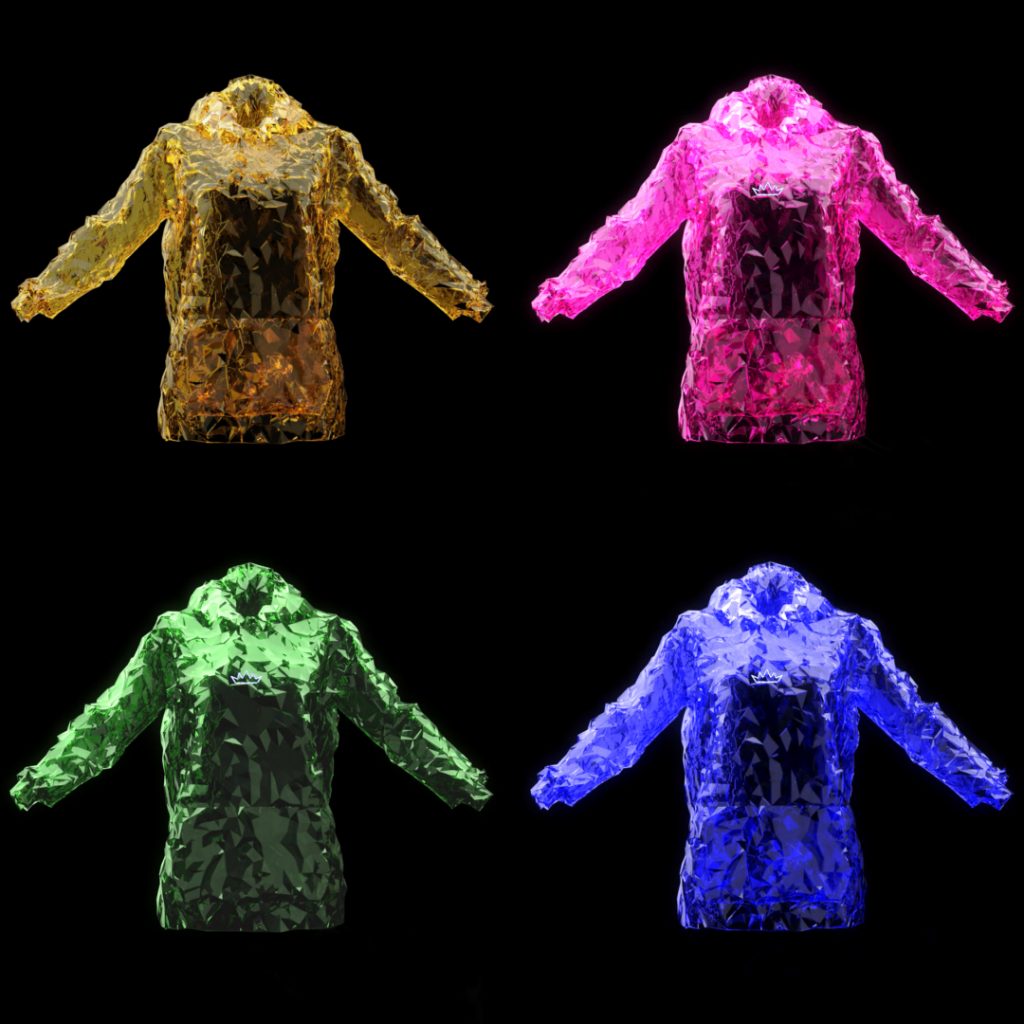 KRWN Studio, a small fashion brand that sells virtual streetwear as NFTs, aims to make fashion greener by manufacturing garments on the blockchain.

Digitally native brands that adopt a phygital model take on some of the environmental responsibility related to manufacturing, including the physical production of garments alongside minting digital replicas as NFTs. Although, many recognize that they can scale operations and mindfully release products in small batches to avoid mass production.

Digital fashion also makes the fashion industry more accessible for both producers and consumers. NFTs make it easier for a designer to get their pieces out to the public and provide a wider range of prices for consumers.

Web3 wearables marketplace The Dematerialised (DMAT) prides itself on using blockchain technology to fix the mistakes of other retail giants. Co-founder Karinna Nobbs told CoinDesk that DMAT prioritizes accessibility and hopes to set a standard for future digital fashion houses.

“Whether crypto native or non-crypto native, people should be able to access digital fashion and NFTs. For us to have a luxury and an aspirational aesthetic, but to be able to have accessibility at different economic points, is really important,” Nobbs told CoinDesk.

For designers and creators in digital spaces, the limitations of what fashion is and who is invited into the exclusive world continue to grow. The digital fashion landscape is now infinite and spans various platforms and mediums. Digital images are finally moving  away from blocky 8-bit creations (an 8-bit image is a method of storing image information in a computer’s memory or in an image file, so that each pixel is represented by 8 bits (1 byte) to more life-like images.

Even video games have collaborated with fashion designers. Fortnite has had ‘digital skins’ from Balenciaga, and Ralph Lauren. Nintendo Switch also got into the fashion world with their game Animal Crossings with designers like Marc Jacobs and Valentino creating looks for avatars.

If you still think that digital fashion is a thing of the future, well, we’re here to tell you the future is NOW.  According to Business of Fashion, Roblox says it has over 11.5 million users designing over 63 million virtual clothing and accessories for its virtual worlds, and millions more are willing to pay for these items to dress their avatars, according to a new study released by Roblox and Parsons School of Design. Most of these items were created by users rather than established brands, so we are pretty sure we can soon expect to see designer Roblox-specific items. Business of Fashion also reported that Alice Delahunt left her role as Ralph Lauren’s chief digital and content officer to strike out on her own and to start a new web3 company in the belief that digital fashion is reaching a turning point.

All this is our way of telling you to subscribe to UoF and start learning all about 3D design software. Check out our 3 new lessons in Browzwear: 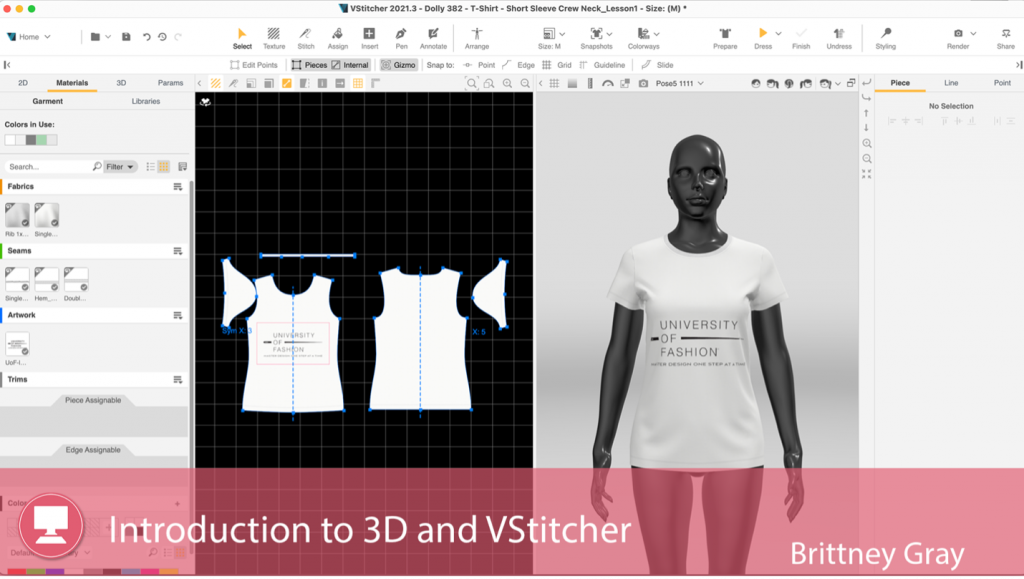 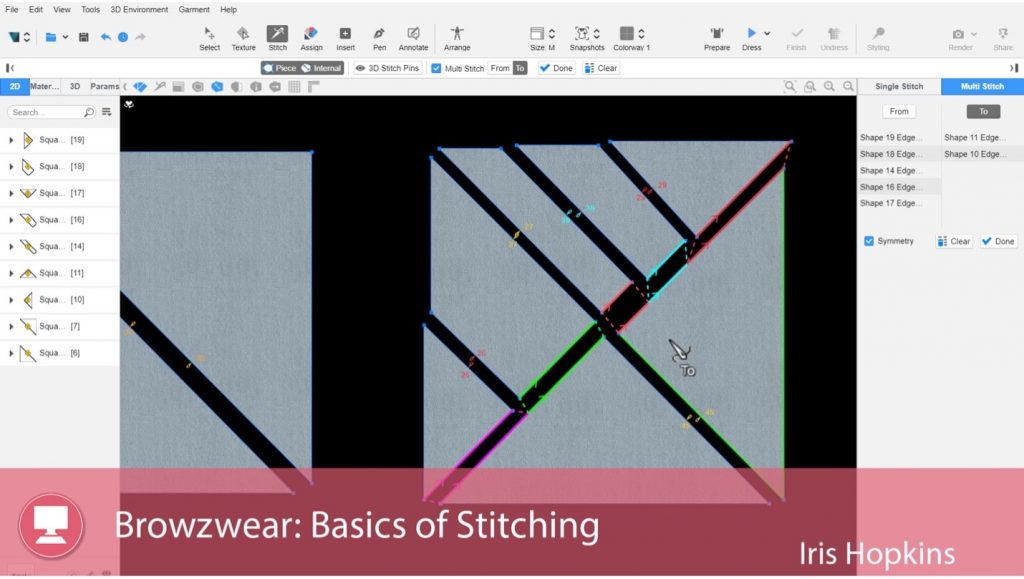 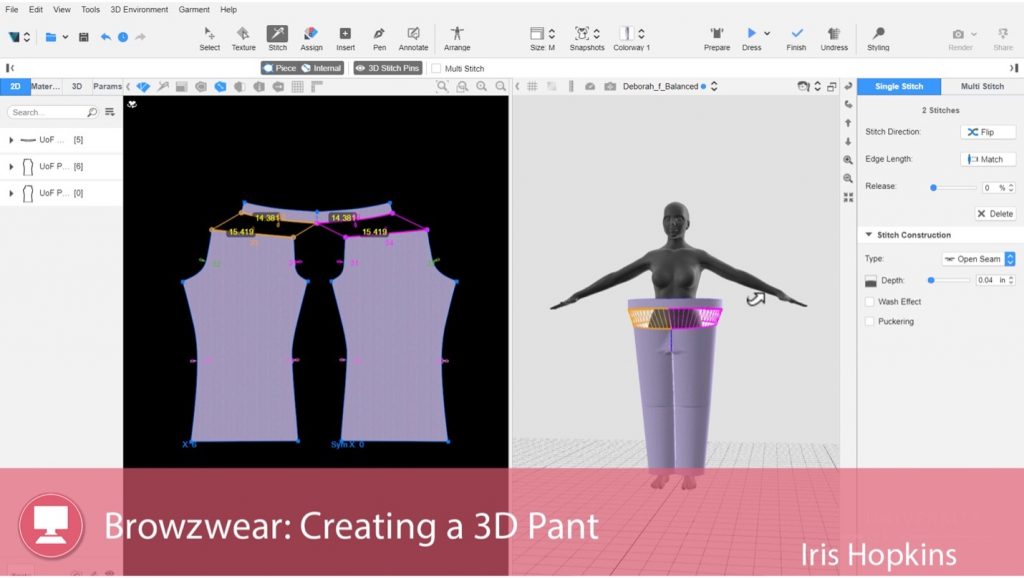 So, tell us, are you as excited as we are about 3D designing in the metaverse?