Designers: Ones To Watch

Starting your own fashion label has never been easy, but today, thanks to social media platforms such as Instagram, Fashion Blog Sites and The CFDA/Vogue Fashion Fund, getting your name out there has become easier. Here are ten young labels that we should all be watching. 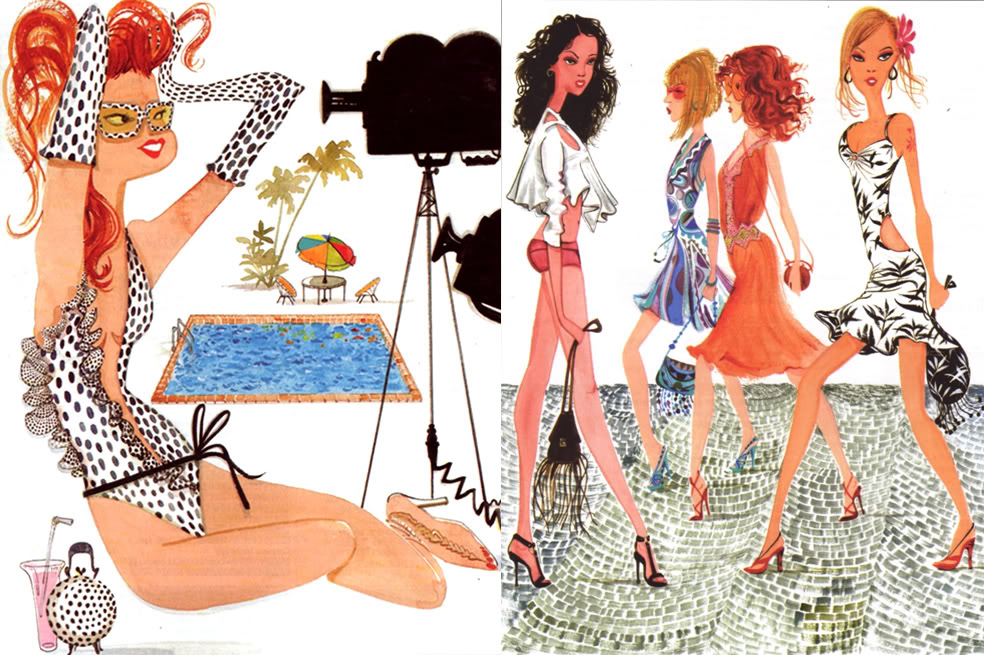 Husband and Wife design team Kristopher Brock and Laura Vassar Brock were the 2017 winners of the CFDA Fashion Fund and have quickly become fashion darlings. The duo met at Parsons School of Design where they both studied fashion. Kristopher Brock trained as a tailor and pattern maker. At 18, he opened a surf and skate shop and was also a production assistant for photo producer Larry McCrudden. Soon after he began to work as a runway show tailor for brands ranging from Calvin Klein to Diane von Furstenberg.  Meanwhile, Laura Vassar Brock began her career training with celebrity stylist Petra Flannery. She followed her design dreams and interned for Olivier Theyskens at Theyskens’ Theory, which quickly turned into a full-time position. She also worked at Moda Operandi as an editorial and collection stylist.  In 2015 the duo launched their label Brock Collection which offers beautifully tailored staples with a couture sensibility. Their craftsmanship is impeccable.  The collection is feminine, sophisticated and oh so chic, but all with a youthful hand. 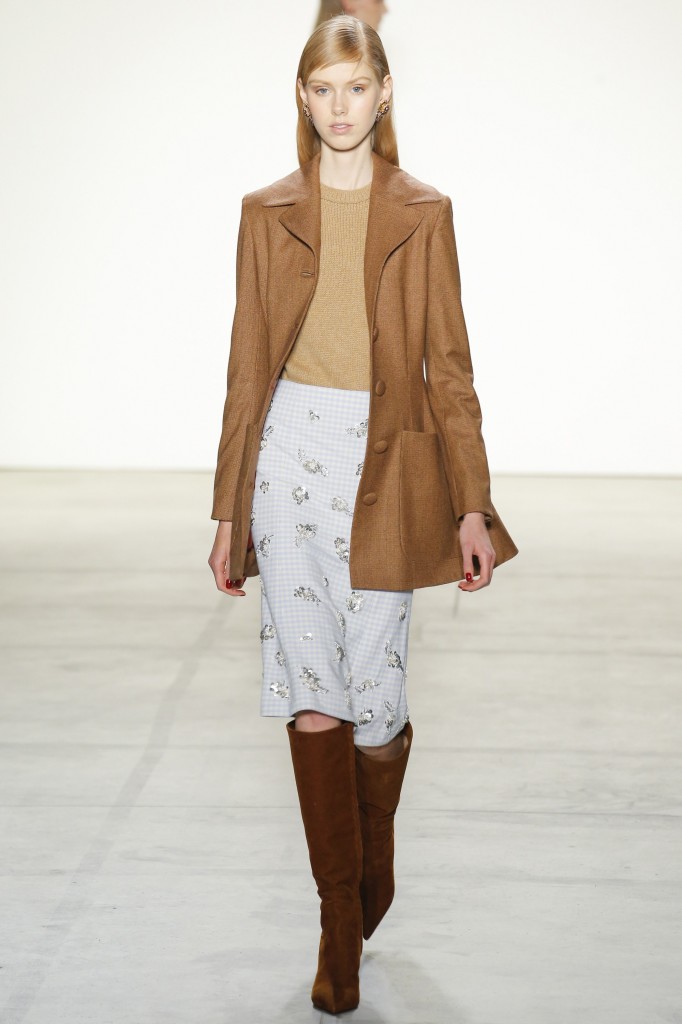 Sander Lak launched his collection Sies Marjan in Fall 2016 during New York Fashion Week to rave reviews. Lak is the creative director for the label which is taken from his father and mother’s given names.  He was born in Brunei and raised in Holland. In 2008 he graduated from Central Saint Martins College of Art and Design in London with a Master’s degree. Lak has worked in various design houses in New York, Antwerp and Paris. His collection is cool and effortless, think silk cargo pants and dresses over pants in a nineties throwback of the chicest kind. There are some characteristics that reference his former boss, Dries Van Noten, but Lak put his own youthful spin on the runway. These are real clothes that real woman can wear; he’s sure to be a favorite among the Street Style set. 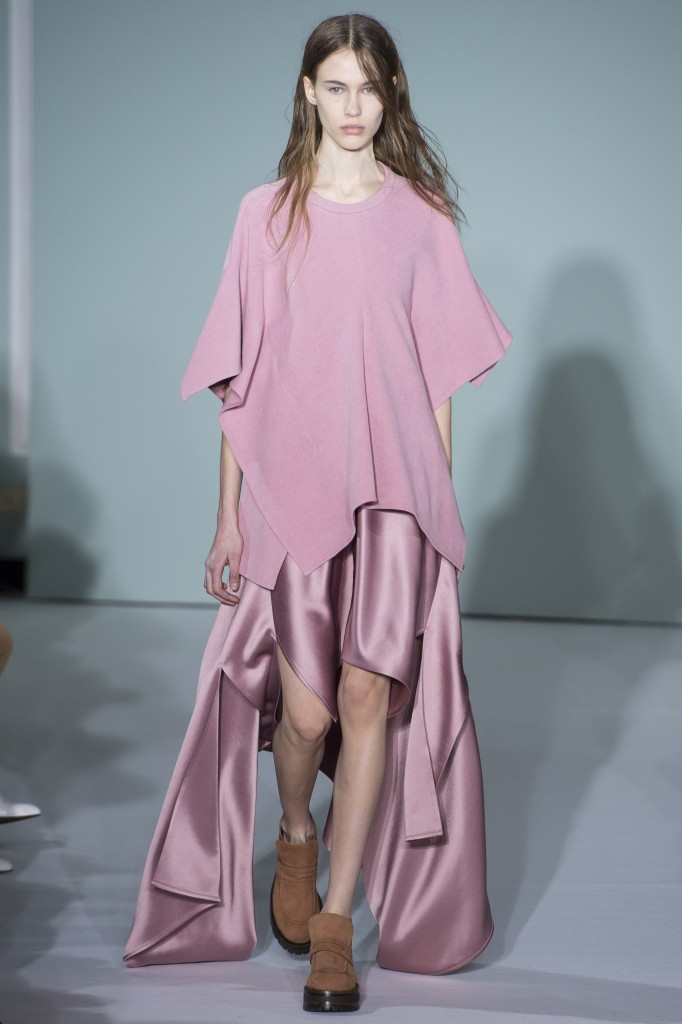 Virgil Aboh is a true Renaissance man, he is an architect, creative director and designer. He was born in Rockford, Illinois and earned a degree in Civil Engineering from the University of Wisconsin Madison, he also completed a Master´s degree in Architecture at the Illinois Institute of Technology. Soon after graduating, Aboh became the creative director for Kanye West and West´s creative think tank “Donda“. Over the years, he has collaborated with multiple artists such as Nick Knight, Riccardo Tisci, Kim Jones, Takashi Murakami, Olivier Rousteing, Giuseppe Zanotti, and worked with Silvia Venturini at Fendi.  Aboh’s career has been filled with great success and awards, such as a Grammy Award in 2011 for his Album Packaging creative direction with Riccardo Tisci for “Watch The Throne”. In 2015, Off-White was nominated as one of the top eight finalists for the LVMH Prize in Paris. His collection Off-White has exploded for both menswear and womenswear and has been worn by multiple celebrities and street style stars. The cult favorite brand is the perfect hybrid of urban cool and high fashion luxury. 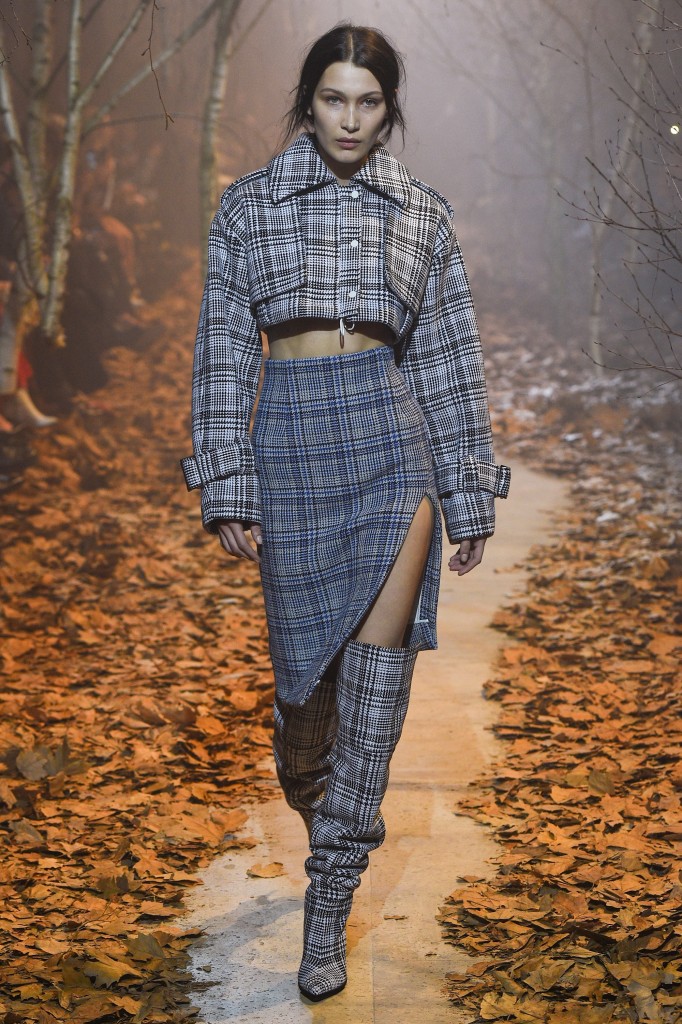 Ji Oh may have been born in Korea, but New York is now her home. The internationally traveled designer studied art and design in London’s Central Saint Martins in 2004. Oh was always inspired by architectural construction in her garments and spent plenty of time at the Tate Modern. In 2005, she completed her studies at Parsons School of Design in New York City. Oh launched her namesake label in 2014. Her aesthetic focuses on uncontrived proportions, effortless shapes and rich texture. Oh balances minimalistic tones with a contrast in great detail and design. In 2015 and 2016, Oh was nominated for the FGI Rising Star Awards. 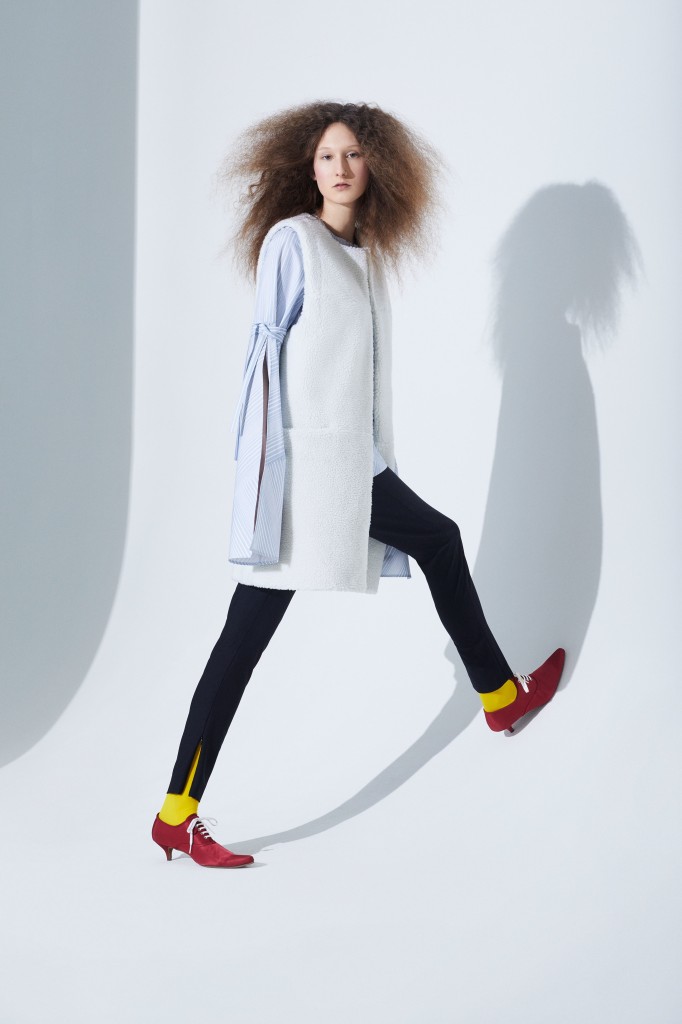 If you’re looking for a cool novelty jacket, then look no further than JN by JN LLOVET. The label was founded by Jacqueline Llovet Garcia; specializing in leather that is inspired by her world travels, adventure and beauty. Garcia is half German, half Spanish and graduated with a Master’s degree from the renowned fashion college Mod`Art International in Paris. The label came to life after her travels through South America as she created her dream jacket in a leather market in La Paz by a Bolivian tailor. This was the spark that created her label. She creates each unique piece in her studio in Germany and uses only the softest, highest quality Nappa leather. 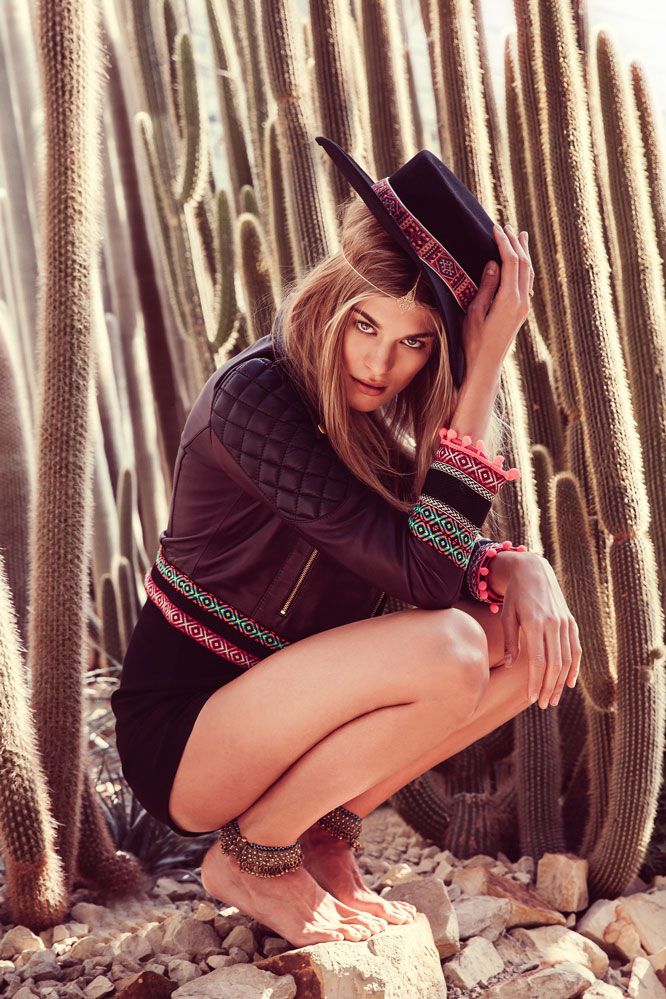 It’s no surprise that the stunningly beautiful shoe designer Chloe Gosselin was a model for nearly ten years. The beauty is an international “It Girl”.  Chloe Gosselin was born in France; graduated from the La Cambre Fine Arts Program in Belgium in 2007; pursued her passion for shoe design at the Fashion Institute of Technology in NYC and in Ars Sutoria in Milan. In 2014, Gosselin fulfilled her dream and started her own namesake label. She divides her time between New York City and Nevada (she’s linked to celebrity magician David Copperfield). Gosselin’s shoes are timeless with a sexy edge. 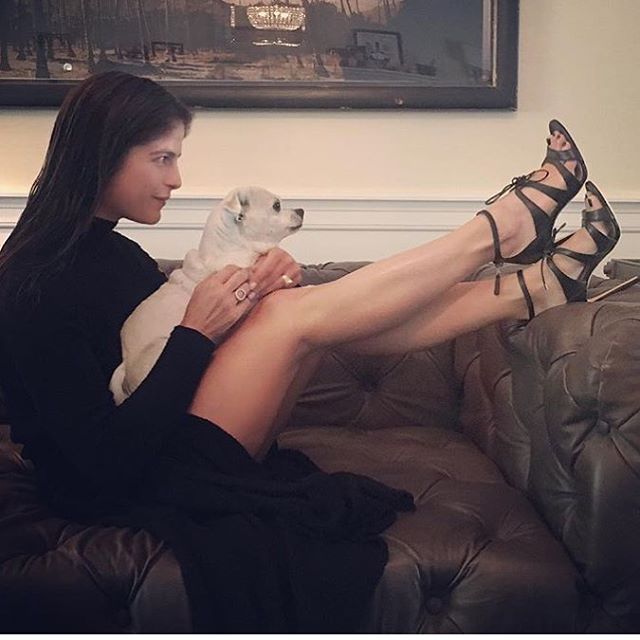 Morgan Curtis, the Native New York designer behind the luxury lingerie, sleepwear and swimwear line Morgan Lane, has fashion in her blood; her mother is non-other than the talented and lovely Jill Stuart. Curtis grew up in the fashion world and has always expressed creativity through paining and illustrations. Curtis graduated from Cornell University and attended Central Saint Martins in London; she quickly began designing for the Jill Stuart brand. She launched Morgan Lane in 2014 during the resort season, after several years, her lingerie line is gaining attention and Curtis was one of the 2017 finalists for the CFDA/Vogue Fashion Fund. Curtis’ collection is inspired by one of her illustrations, a doll named Lanie. The collection has a playful yet seductive vibe as Curtis uses modern fabrics and hardware in her unique collection. 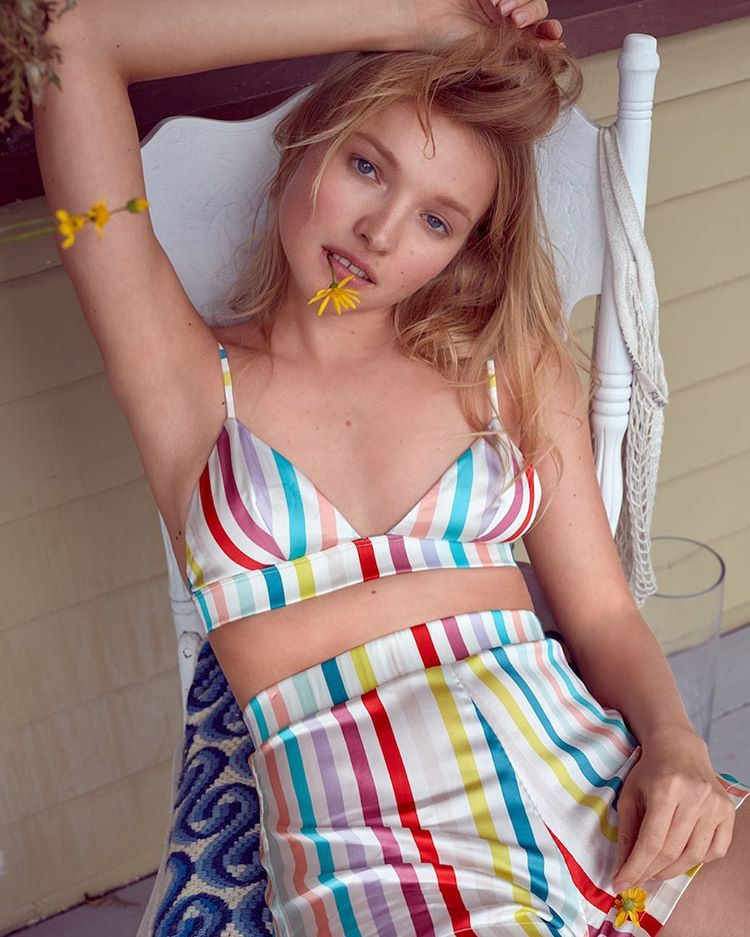 Never one to shy away from controversy, Kerby Jean-Raymond uses his runway shows to speak his mind on political matters – from the “Black Lives Matter Movement” to “Bernie vs Bernie”.  Jean-Raymond is a young Haitian-American designer from East Flatbush, Brooklyn. He launched his Menswear collection Pyer Moss in 2013, but to show the versatility of his menswear collection, he uses both male and female models; he is planning on launching a woman’s collection shortly. The luxury sportswear label has everything from street inspired tracksuits to oversized suits. 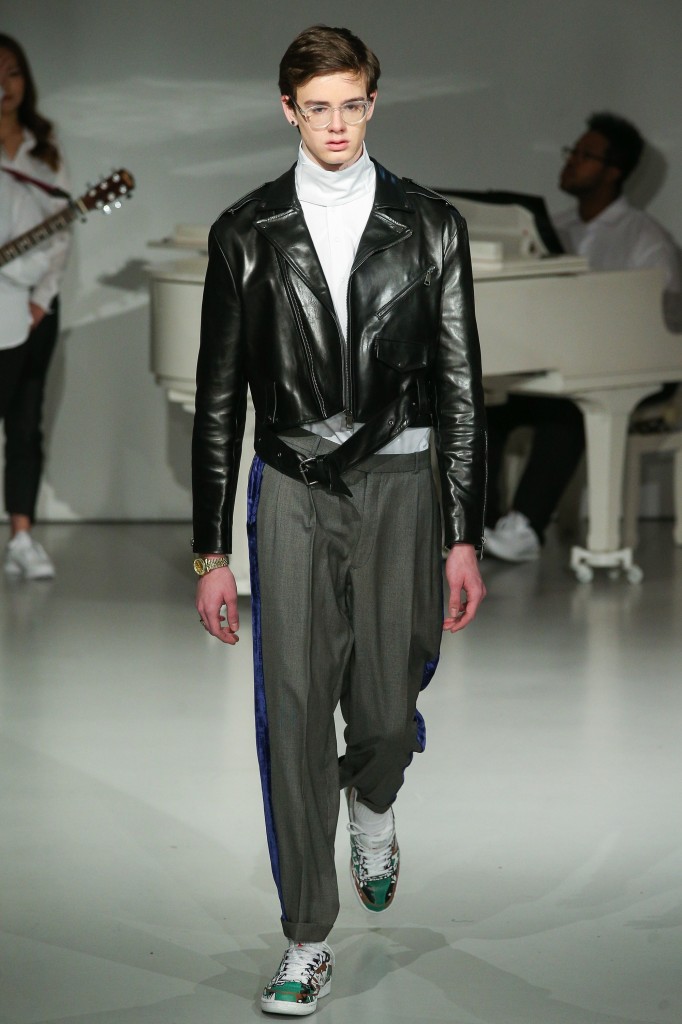 Sabrina Zeng is a true fashion veteran with 10+ years at Versace, Polo Ralph Lauren, and Natori before launching her own line in 2013. Her contemporary handbags are feminine yet edgy; the made-in-NY label is known for its use of hand-pleating technique, meant to be the perfect fusion of conceptual and wearable art. It all started when Zeng, a free-spirited traveler, found herself in need of a fashionable DSLR camera bag. So she took it upon herself to launch her own line. Each bag is named after a zip code, and carries its own story – her collections are inspired by Zeng’s journeys:  starting with her home in New York, Bali, Tibet and Hawaii to name a few. Zeng brings her travels, spirituality and passion to life in her collection of modern handbags. 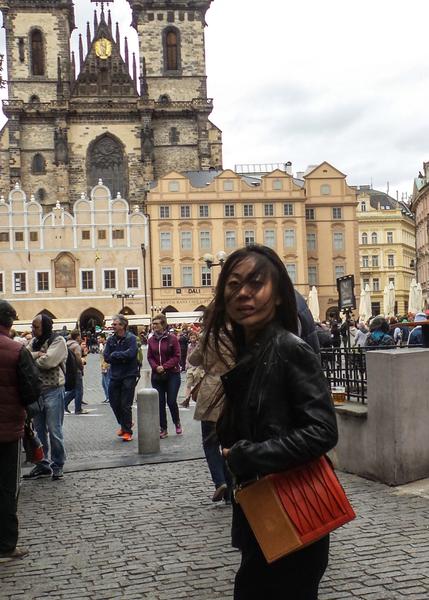 Wearable couture is how Berta Cabestany describes her namesake label as the emerging designer creates a beautiful and distinctive collection. She is a Spanish designer based in Barcelona. She studied at FDMODA in Barcelona and has taken several courses in Parson’s School of Design in New York and Paris and Central Saint Martins London. In her collection, Cabestany combines traditional techniques with a modern and feminine flare. Playing with intricate embellishments, she perused her passion for embroideries by taking courses at Ecole Lesage in Paris and The London Embroidery School, and now wants to preserve the art of handmade, artisan techniques. Her collection is whimsical yet chic. 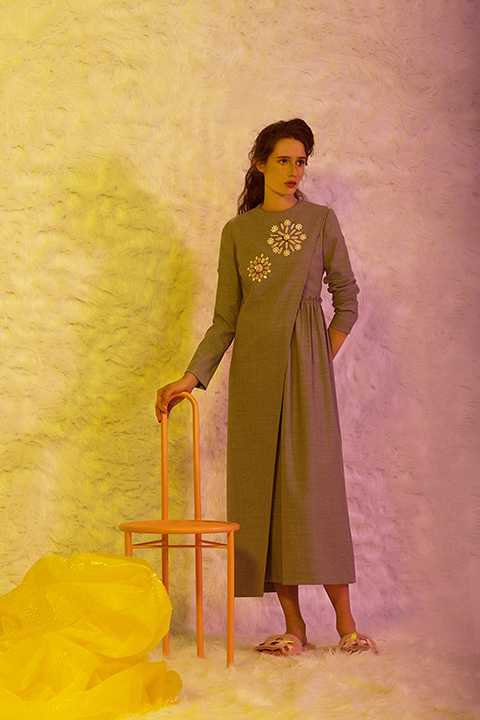