From first glance of the glitter, facial embellishments, cutoffs paired with crop tops and fringe, it might be hard to tell if you’ve arrived at Coachella in year 2018 or at Burning Man.

But while it was The Weekend, Beyoncé and Eminem (not to mention Cardi B, Kygo and Haim, just to name a few) that drew the masses to Indio, California for two weekends in a row, the resulting fashion statements at Coachella left an undeniable Fest Dressed List.

Regardless of what they were wearing, Beyoncé fans were treated to a historical and cultural treat as the queen’s back up musicians and dancers performed a historically-black-college-themed set including a drum line, majorettes and step-dancing. As a shout-out to Beyoncé’s album Lemonade, all performers were dressed in bright yellow.

And they weren’t the only ones. Festival goers served their own brand of lemonade in anticipation of seeing their queen… 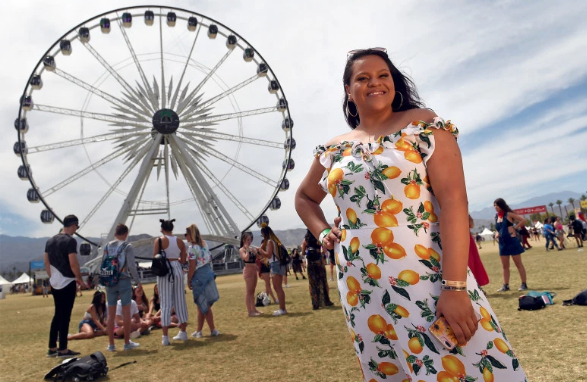 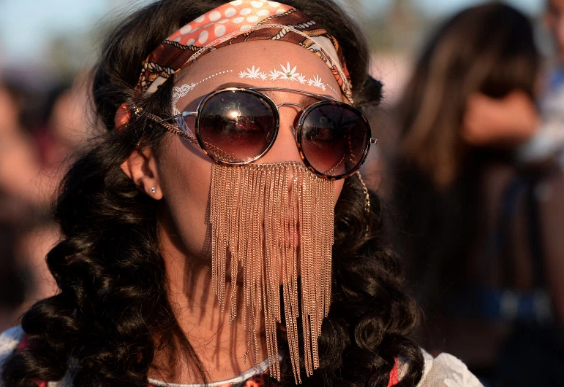 We’ve seen the cutoff Levi’s before. We’ve seen the headbands, feathers, and festival fringe. But where does a Coachella-goer take it from these staples? Simple. Add embellishments to the face. 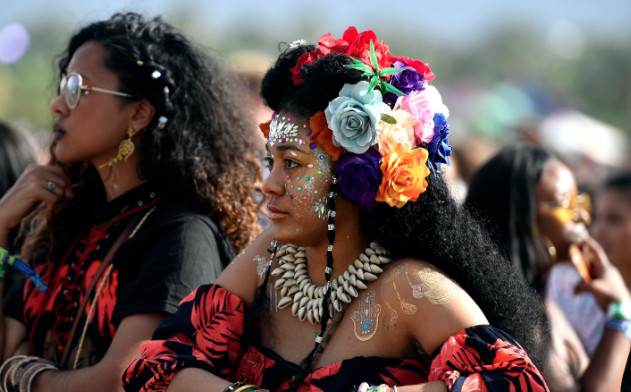 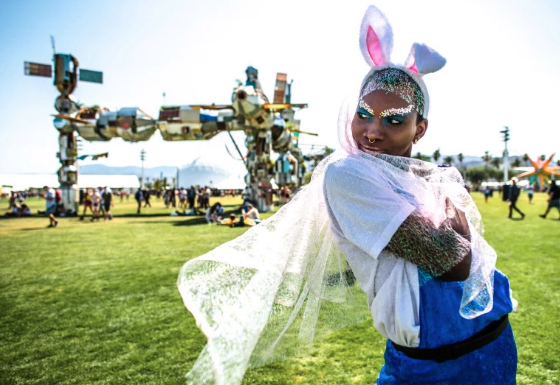 I mean facial glitter was everywhere… 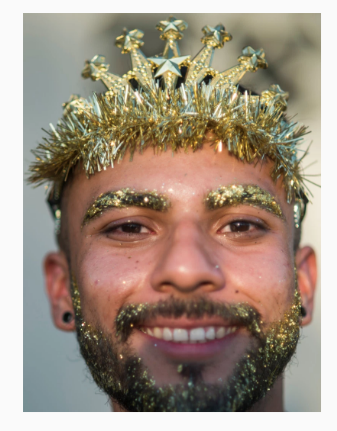 Gone are the grey days of winter, and hello to the bright days of festival season and our third top trend!

Coachella attendees took this bright shift seriously, and every color of the rainbow was represented in fest-wear. As the perfect back drop for the colorful concert goers, a seven-story observation tower with windows in all colors of the rainbow called Spectra, showed up in Instagram post after Instagram post. 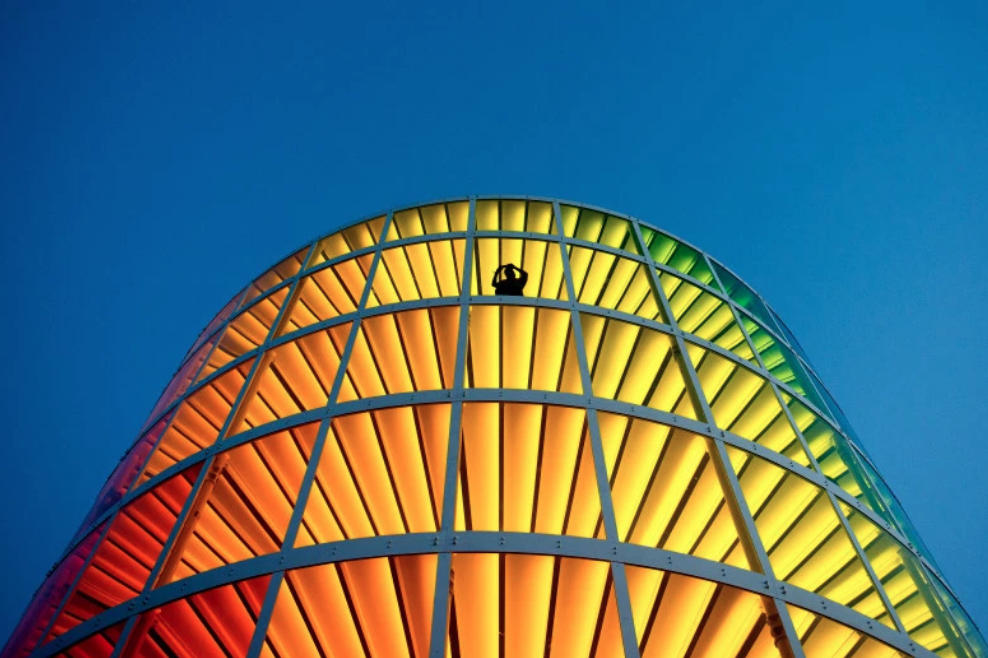 Concert goers were works of art themselves in head-to-toe ROYGBIV. 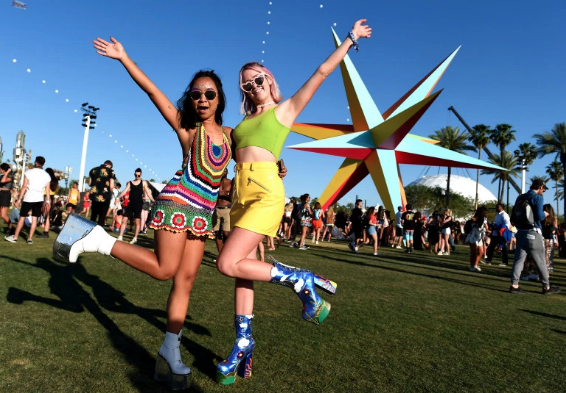 And as if all of the colors of the rainbow just simply weren’t enough, many added sequins, floral motifs, and the ever-practical fanny packs. 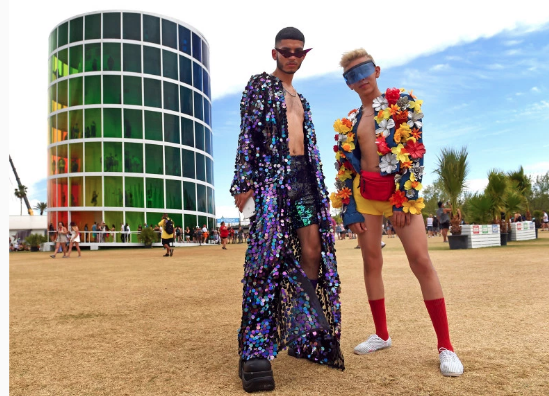 Receiving gold stars on our trend report were those who combined two of our top trends. Note the rainbow-colored face mask here: 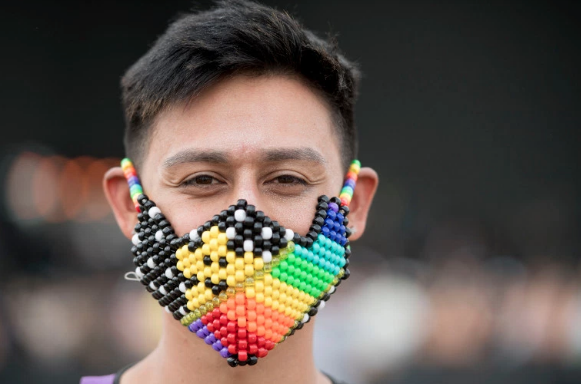 What do you consider the most memorable lewks from Coachella? What have we missed? And what are your thoughts on the shift from traditional boho chic festival wear to the more costume-y, Burning Man-esque feel that this year’s Coachella took on? Be sure to share in the comments below.