For decades, fashion scholars have debated whether fashion should be considered an art form or whether it is solely a craft. Some believe that due to the utilitarian aspect of fashion, it should not be considered art. However, much like famous Impressionist artists of the 19th century, such as Claude Monet, Georges Seurat and Vincent van Gogh, fashion designers also use their creativity as a form of self expression. This becomes even more apparent when fashion designers collaborate with artists. A glance back into fashion history reveals many collaborations between artists and fashion designers, beginning in the early 1900s. Paul Poiret, the first couturier to fuse art and fashion, worked with with prominent artists and illustrators including Georges Lepage, Erté, Georges Barbier and Raoul Duffy. In the 1930s, Elsa Schiaparelli collaborated with surrealist artists Salvador Dalí, Jean Cocteau and Christian Bérard. 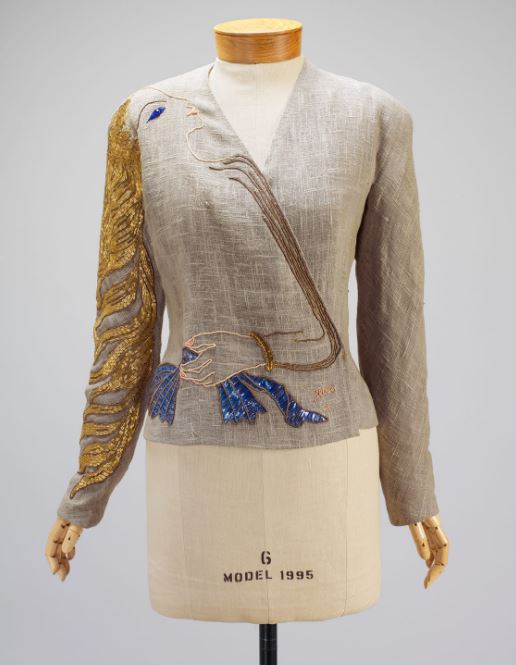 During the 1960s, pop artist Andy Warhol joined with Yves Saint Laurent who used Warhol’s Campbell soup can imagery from his paintings to create a series of A-line paper dresses, one called “The Souper Dress.” 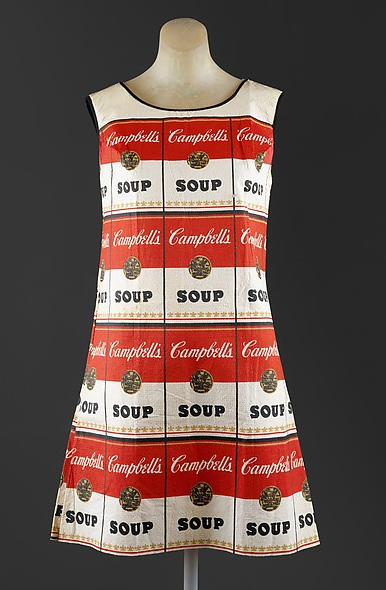 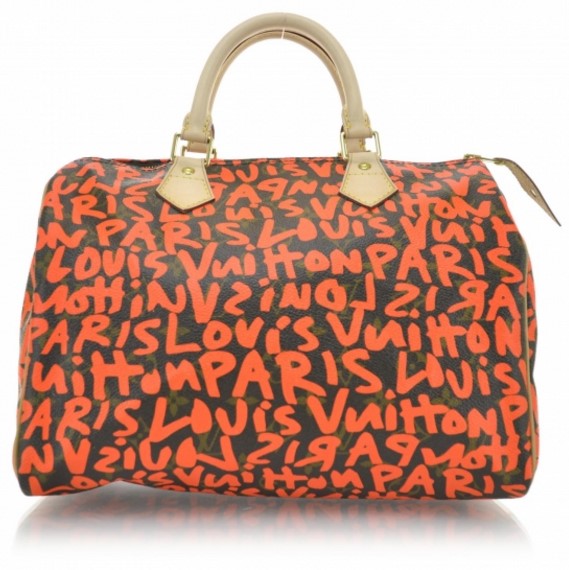 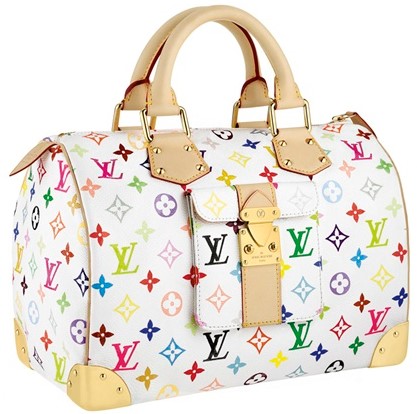 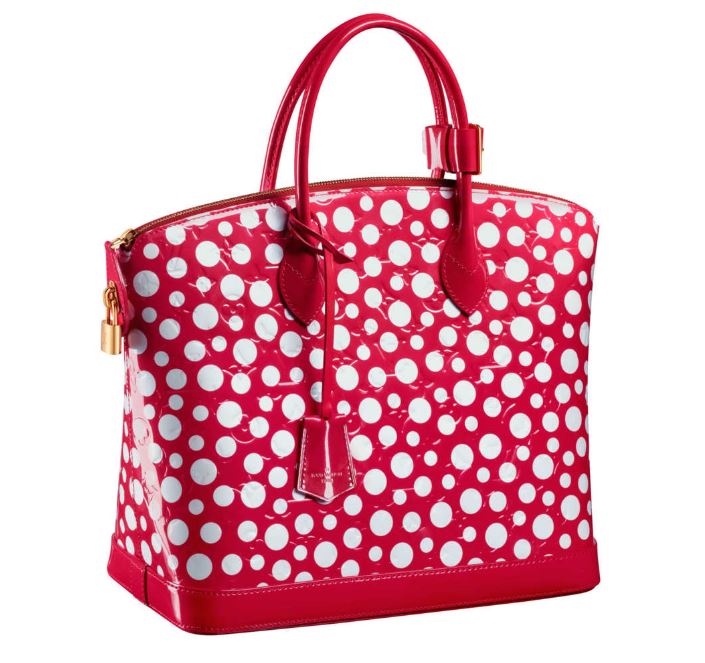 In 2016, designer Nicolas Ghesquière channeled California and continued the trend of artistic bags with the LV Petite Malle (small truck) for Cruise ’16. 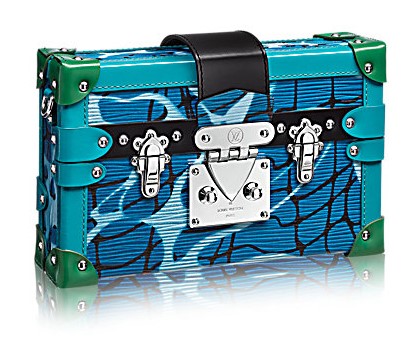 For the past couple of seasons, the trend of marrying art and fashion has become even stronger. Christopher Kane’s gown with nude figure patterns was amongst the most talked about at Met Gala 2015 when worn by FKA Twigs. 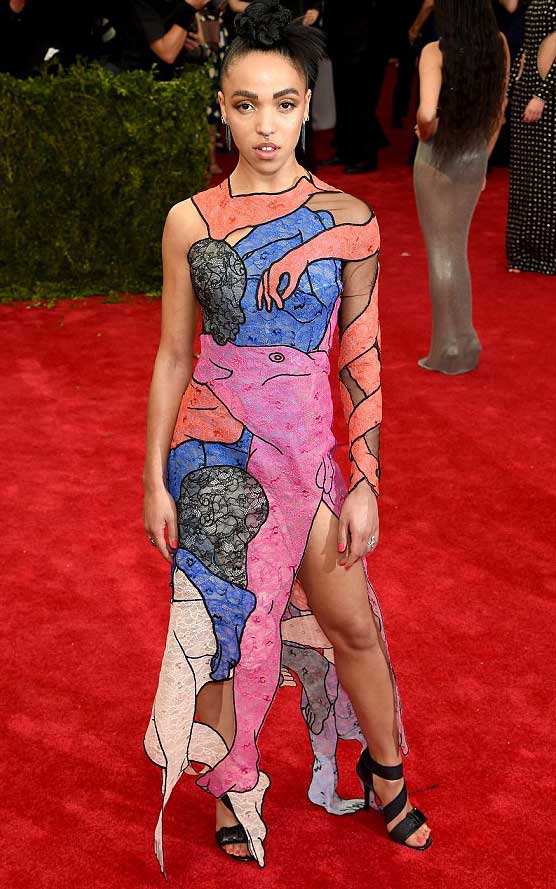 Moschino introduced pop culture and graffiti-inspired art in its Fall Winter 2015 collection. The graffiti gown and matching gloves from this collection was later worn by Katy Perry, also at the MET gala. 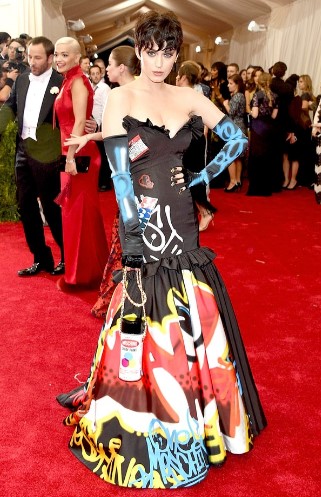 For their Spring Summer 2016 collection, Dolce & Gabbana paid tribute to Italy with dresses featuring imagery depicting different cities and their names – Roma, Venezia, Portofino amongst others. 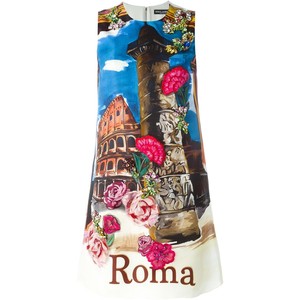 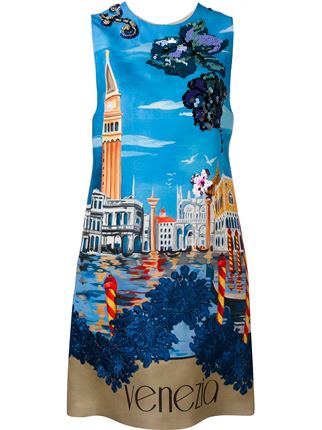 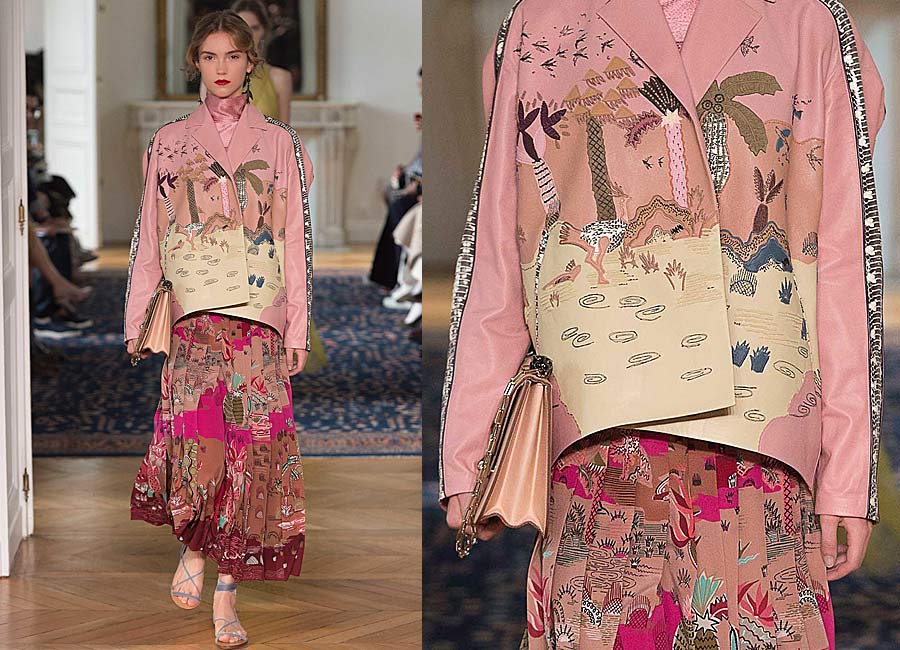 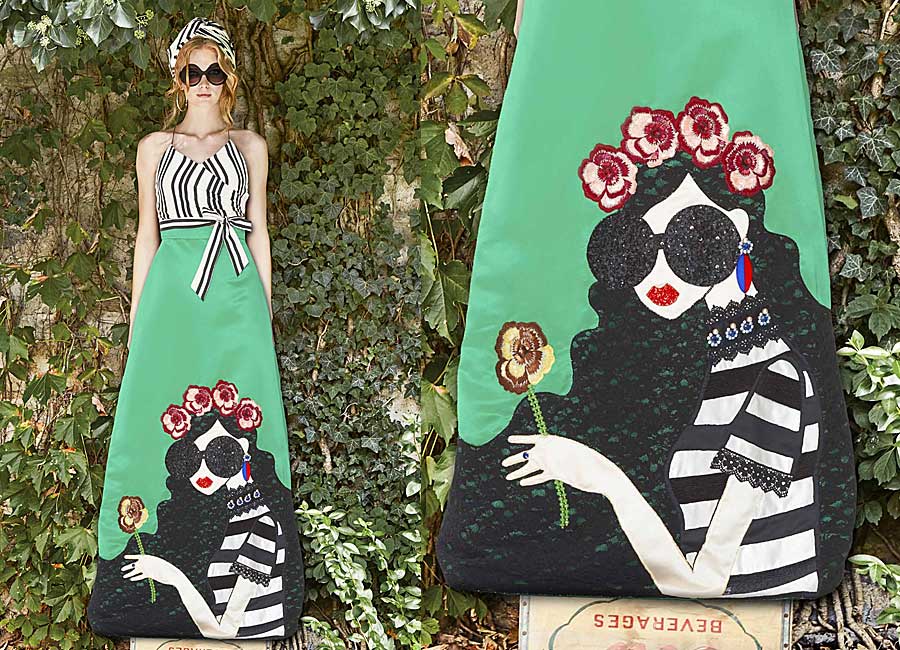 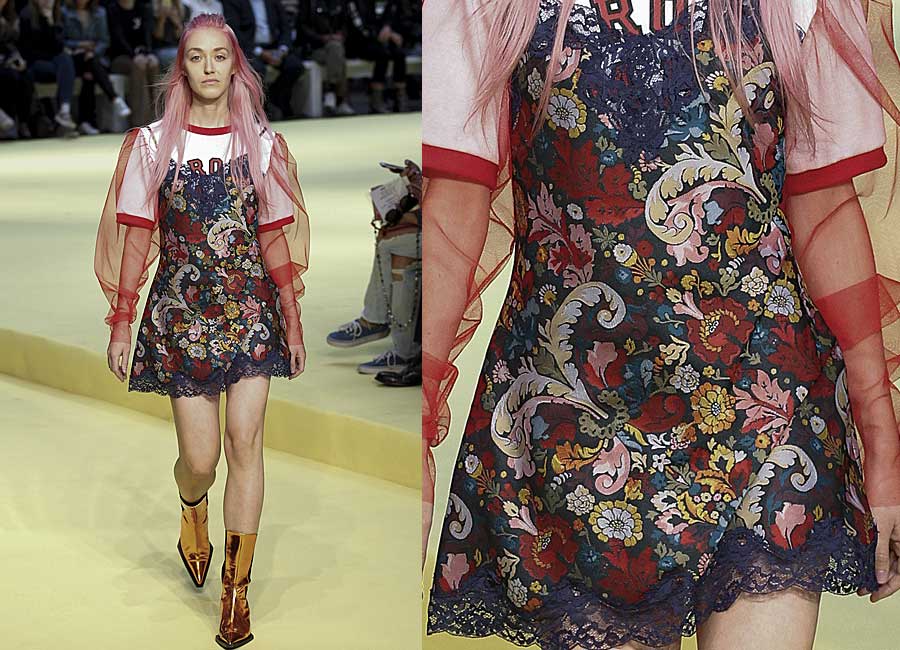 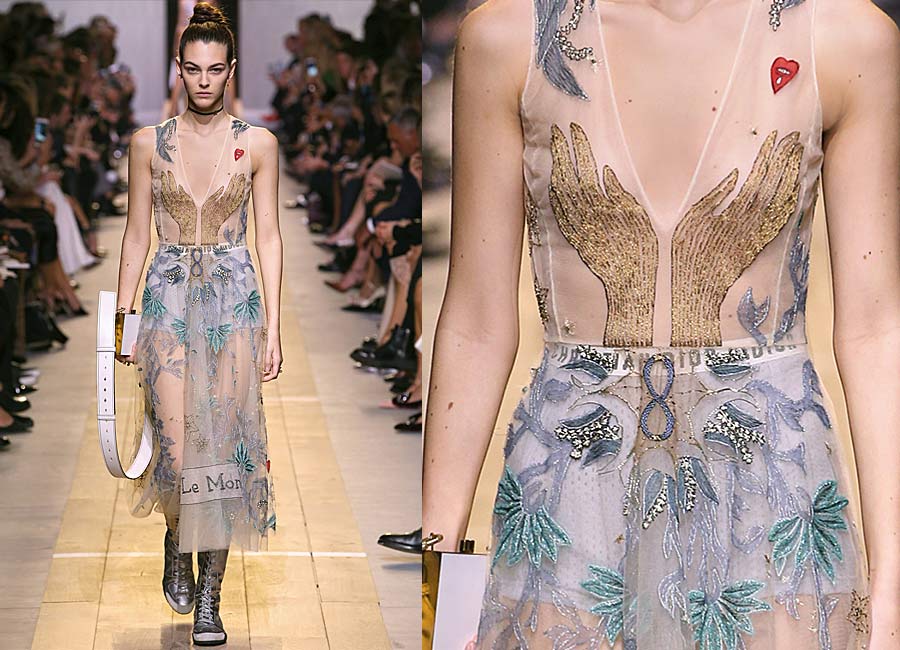 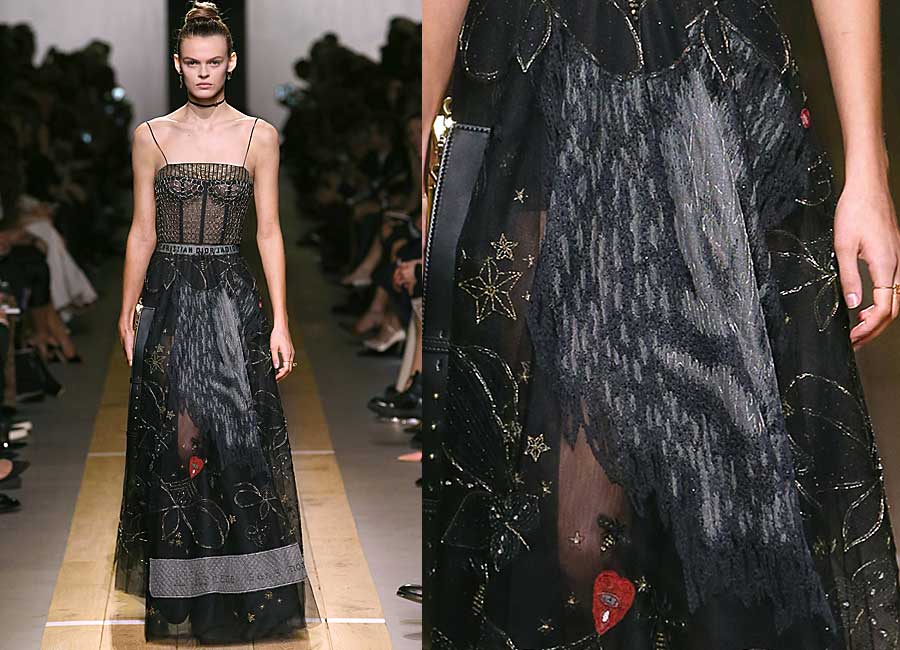 Scholars will continue to debate whether fashion is really art, but we at the University of Fashion believe it is, especially when created in collaboration with artists!

Learn more about fashion history, past and present, with our costume history lessons: 100 Years of Fashion Rebels & Revolutionaries, Parts 1 & 2, Keeping Up With the Jones and Wheels Reels & Automobiles.

It’s not that runway fashion is getting slouchier, but comfort has lately become as much a part of designer wear as aesthetics and sophistication.

Lululemon’s yoga gear in the late 1990s, gave way to new fashion category called athleisure-wear; casual, comfortable clothes with the added benefit that even if you didn’t go to the gym, you could still look like you did. 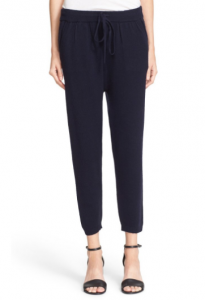 Luxury loungewear may or may not have athletic undertones, but it does have the air of relaxation and lounging (thus, the name). Brands like Alexander Wang and Chloé have taken the tracksuit and lounge-pants and given them a luxury cashmere and silk twist. Other pieces include crop hoodies, pull-overs, slip-dresses and pajamas. 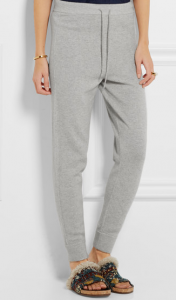 This new trend is most definitely fashion’s answer to the rapidly changing lifestyle of women (and men). Compared to the last decade, women work more, travel more and have busier lives. Thus, this quick-fashion option is gaining in popularity, especially in the age of social media, where everyone from a Hollywood celebrity to the girl-next-door, documents and publishes her daily life and personal style for the world to see. It is also appeals to the ‘fashion disruptor’ anti-fashion statement driven by Millenials.

Towards the end of 2016, more and more models and celebrities have been spotted wearing loungewear, both at the airport and casually on the street. And judging by the number of designers who had luxury loungewear pieces in their Spring/Summer 2017 ready-to-wear collections during Fashion Week, we can say that this trend is here to stay.

Even fashion houses like Dolce & Gabbana and Dior, which are famous for their formal evening-wear, introduced pieces in collections that look too comfortable for parties! Here is a white suit by Dior paired with slip-ons. 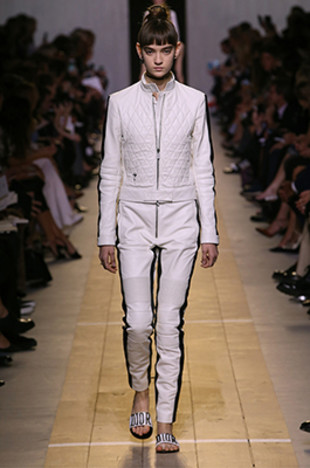 From Dolce & Gabbana – a loungewear shorts and tee set in an ice-cream print. 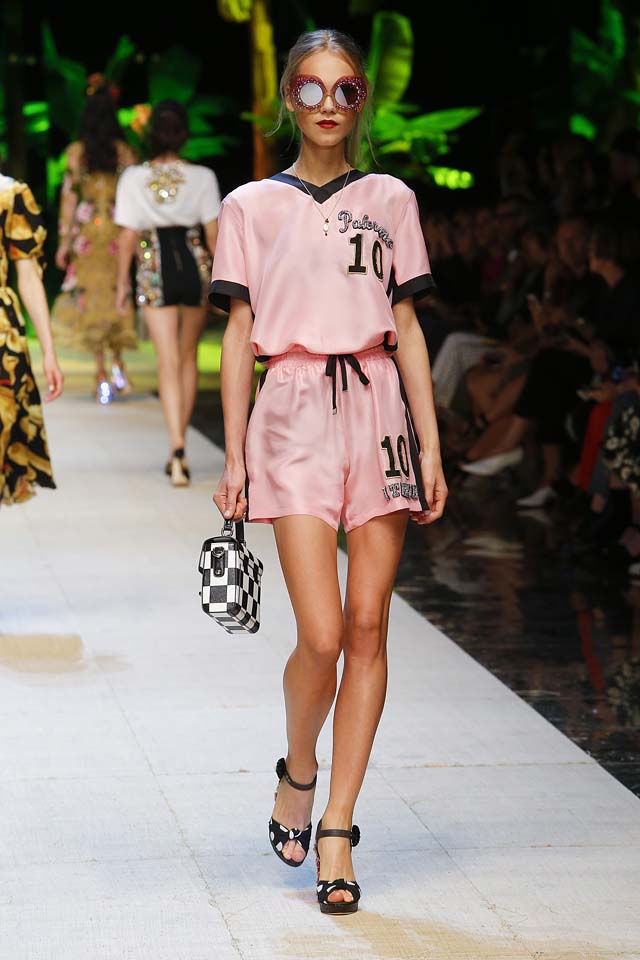 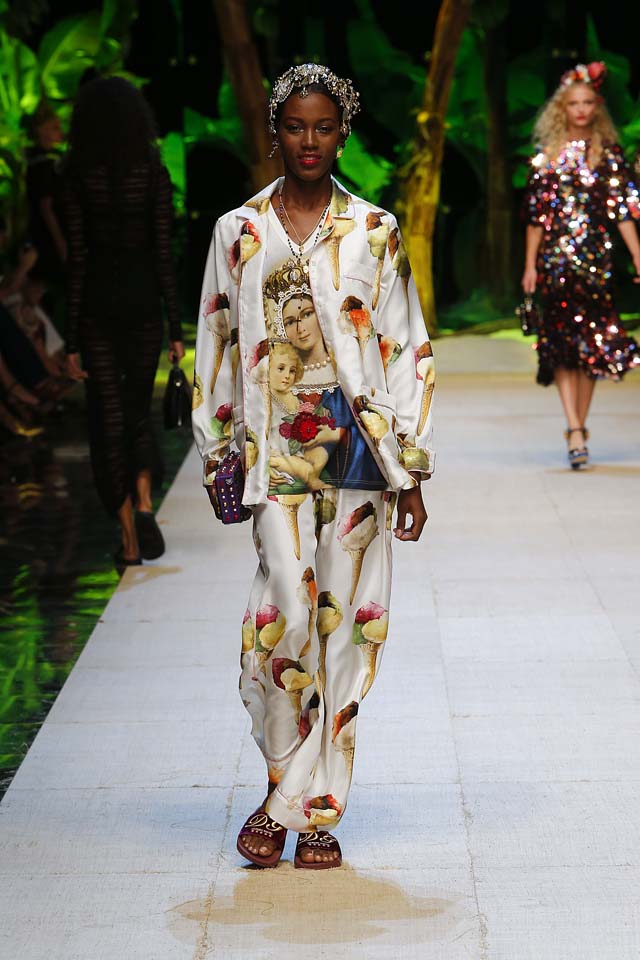 Pajama stripes also emerged as a big trend. Here are two of Fendi’s pajama stripes : a shirt paired with track-capris and a satin shirtdress: 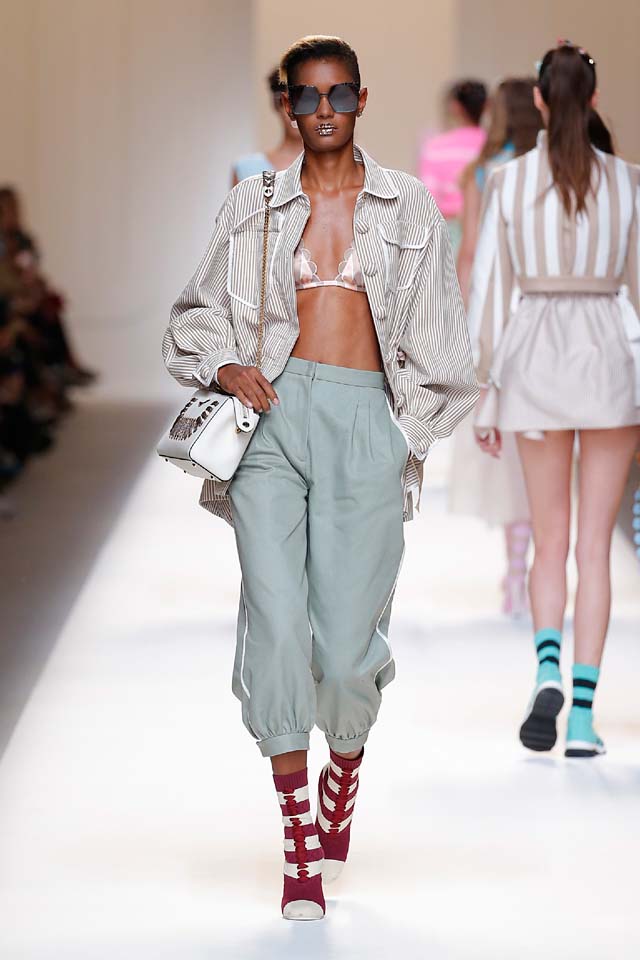 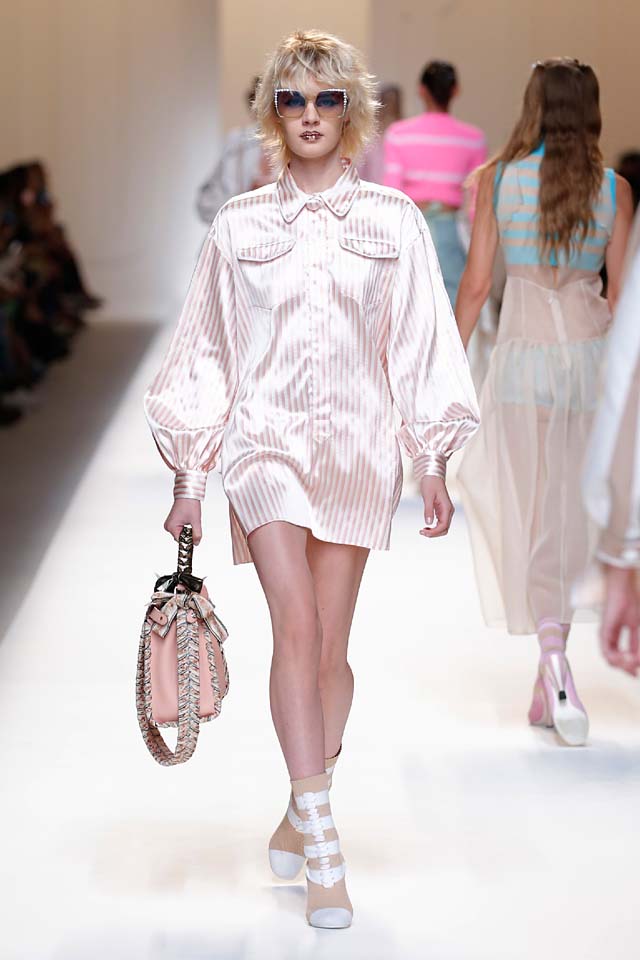 Versace, Moschino and Max Mara added loungewear to their collection with track-pants and track-suits. 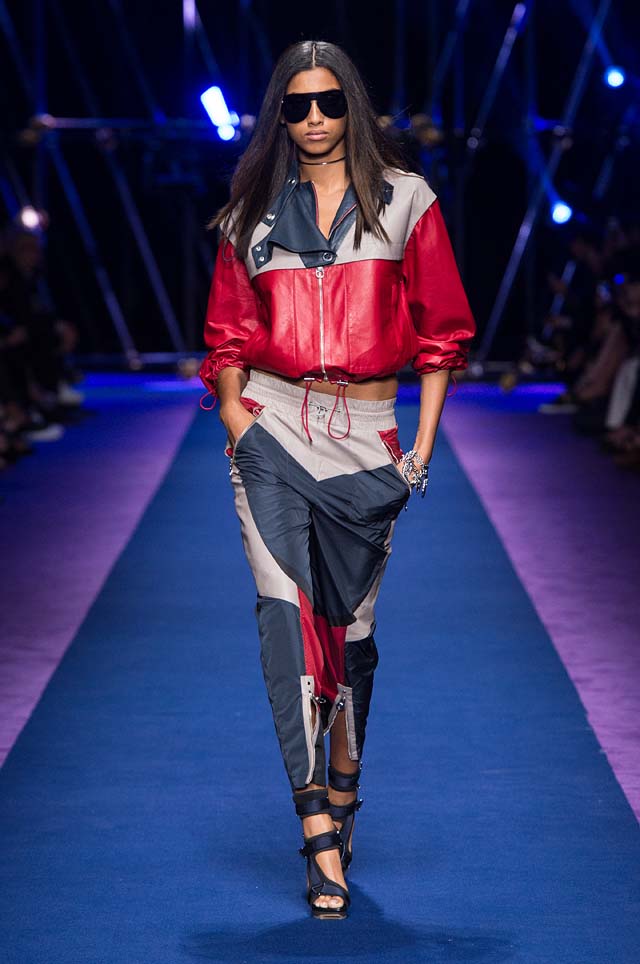 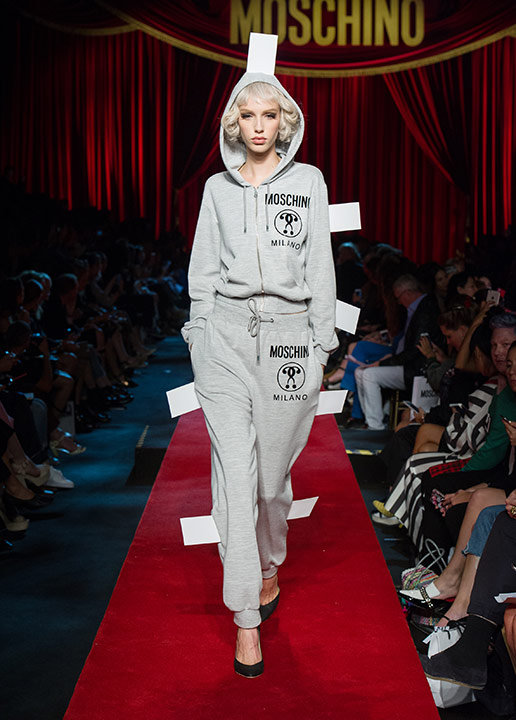 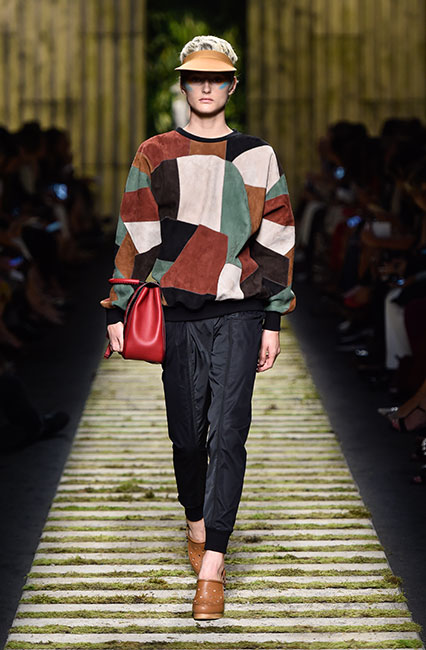 It’s a controversial time in fashion, folks. We are not just talking the dreadlock debaucle at Marc Jacobs or the spectacle that made attendees hot under the collar (literally) this season. We are living in a time that fashion historians will one day refer to as a major shift in the way designers design, buyers buy and consumers consume. The traditional fashion cycle is being rocked to its core. END_OF_DOCUMENT_TOKEN_TO_BE_REPLACED

From pleats to plaids to oversized puffers, New York Fashion Week is in full swing. It may be the freezing temperatures and biting wind chill here in New York, but bundled up, big and cozy seem to be on par for not only fashion week spectators, but on the runway for Fall/Winter 2015 as well. In terms of color palette, much like those in line at the theaters, the runways seem to be filled with 50 shades of grey (and well, camel). Though NYFW fashion week has a few shows left to go, here are the trends we are spotting so far for Fall/Winter 2015. END_OF_DOCUMENT_TOKEN_TO_BE_REPLACED

Popping up on recent runways and sure to be a staple for Fall 2014, ruffles and pleats are having quite a fashion moment.  Just in trend-driven time, the University of Fashion brings you a new series of Fashion Art videos dedicated to drawing design details.  In the first of our new Fashion Art videos, we show you how to illustrate a Cascade Neck Ruffle, a Cascade Skirt Ruffle,  Accordion Pleats and a Draped Pannier-Cowl.
END_OF_DOCUMENT_TOKEN_TO_BE_REPLACED

Paris Fashion Week continues to impress.  It is so interesting to see what inspires designers.  We love watching the shows unfold, as each collection has a unique story.

END_OF_DOCUMENT_TOKEN_TO_BE_REPLACED

As day 3 of Milan Fashion Week begins, we can draw that there are definite trend overlaps between London and Milan Fashion Week.  The sheer trend continues to be strong in almost every collection, with metallics being a reocurring trend as well.  Today, we will be covering the trend : SHINE

END_OF_DOCUMENT_TOKEN_TO_BE_REPLACED

Sometimes more is more.  While some designers’ play with minimalism and clean lines, others fill their collections with detailed intricacies.  A trend we loved from London Fashion Week: EMBELLISHMENTS

END_OF_DOCUMENT_TOKEN_TO_BE_REPLACED

Prints, prints, prints! Designers have been fun for Spring 2014 on the London Fashion Week runways. Today we will be looking at the emerging trend, stripes. END_OF_DOCUMENT_TOKEN_TO_BE_REPLACED