What was once  considered the step-child of New York Fashion Week, L.A. Fashion Week is back on the map and fast becoming the Capital of West Coast fashion. On Thursday, Oct. 6th – Sunday, Oct. 9th the LAFW Spring 2023 shows were presented by N4XT Experiences in Hollywood.  With a reimagined version of itself, the four-day extravaganza was filled with traditional runway shows alongside more immersive experiences, including pop-ups, fireside chats, activations and master classes from designers and artists including Maxwell Osborne of AnOnlyChild, Rio Uribe of Gypsy Sport, Issa Rae, and Sami Miró of Sami Miro Vintage with Levi’s (for those in the know, the Sami Miró brand is the “It” vintage sustainable label with jeans going for $425).

The new addition of L.A. Fashion Week is now driven by the event agency N4XT Experiences, and its co-founder Ciarra Pardo, also president of Los Angeles Fashion Week Enterprises and former Creative Director of Fenty. Ciarra Pardo, stated in an interview with Fashion Network, “We really want to attract the younger crowd.”

LAFW has been undergoing a rebranding following its purchase by N4XT Experiences in January 2022. This October marks the second LAFW since the acquisition from Arthur Chipman, who trademarked the name in 2015. Historically, the LAFW has struggled to gain attention — as well as attendance — compared to the major fashion weeks. Smashbox Cosmetics and IMG attempted to remedy this for five years (without much success) and dissolved the partnership in 2008. In the past, LAFW lacked a clear organizer, and was notoriously disorganized with multiple organizations hosting different events. For the Spring 2023 season, N4XT Experiences was a clear showrunner, and sponsors included Mercedes Benz, Bolt and Delta Airlines. 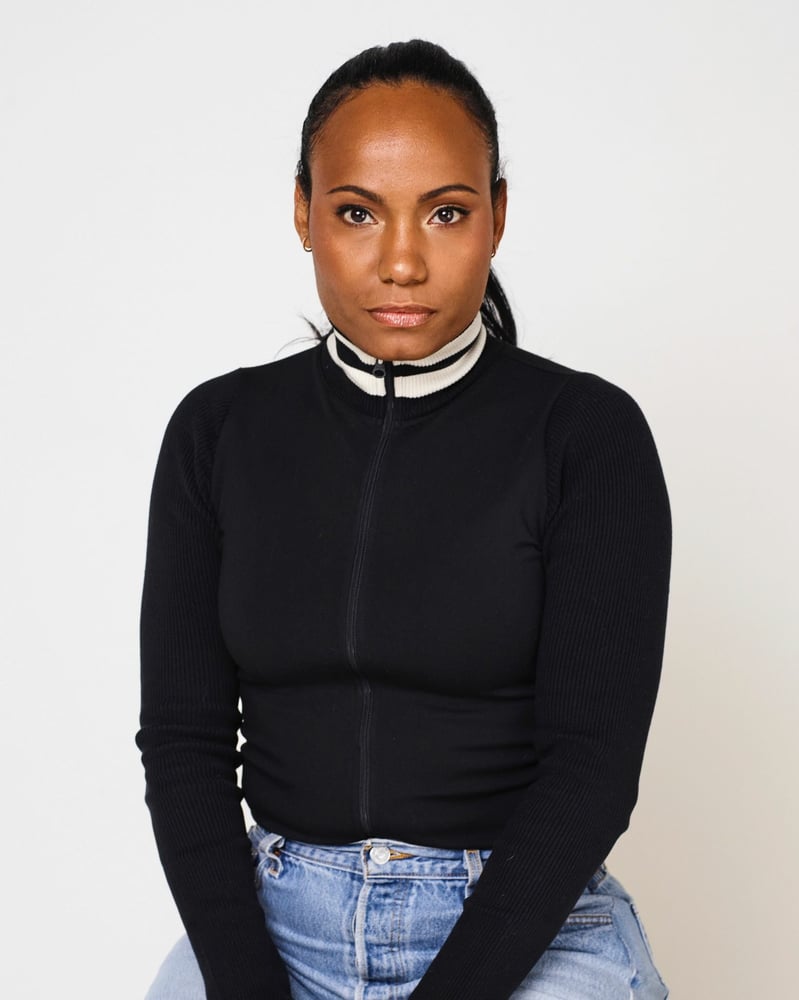 Ciarra Pardo changed the LAFW narrative, citing learnings from her previous role as Fenty’s chief creative officer as key to informing her approach. It helps that eyes have been on LA as a fashion destination for global luxury brands. This past May, Dior showcased its menswear collection at Venice Beach in collaboration with Erl (an LA brand notably absent from the LAFW lineup). Also in May, Louis Vuitton took to La Jolla for its resort 2023 show. But Gucci arguably started the trend with its November 2021 “Love Parade” on Hollywood Boulevard.

“There is an energy in LA that was always looked over by the serious fashion calendar,” Pardo stated in an interview with Vogue. The city is a clean slate, Pardo explains on the draw of LA, in that it isn’t limited by tradition as key fashion month destinations might be in New York, London, Milan, and Paris. Pardo expects more LA mainstays to appear on LAFW lineups moving forward. “My hope is that this will become a destination for a lot of those brands who have sat out from the traditional way of doing things.”

Padro succeeded in her mission as lines stretched down the sidewalk on Sunset Boulevard outside the Lighthouse ArtSpace, where a majority of fashion events took place. The new venue had a large, vast room where images could be projected on the wall showing starry nights or fireworks at the finale of a show.

Many West Coast fashion insiders were pleased with the Hollywood spot and the assortment of events organized around L.A. Fashion Week. One event was a “Live Art Meets Luxury” talk with Donald Robertson, an artist who is also Senior Vice President and Creative Director for the Estée Lauder Cos. Inc. The talk was moderated by Danielle Lauder, the great-granddaughter of Estée Lauder and a beauty adviser to N4XT Experiences. Robertson drew smudged images of models on a large canvas while answering questions from Lauder about his artistic process and being a creative disruptor. 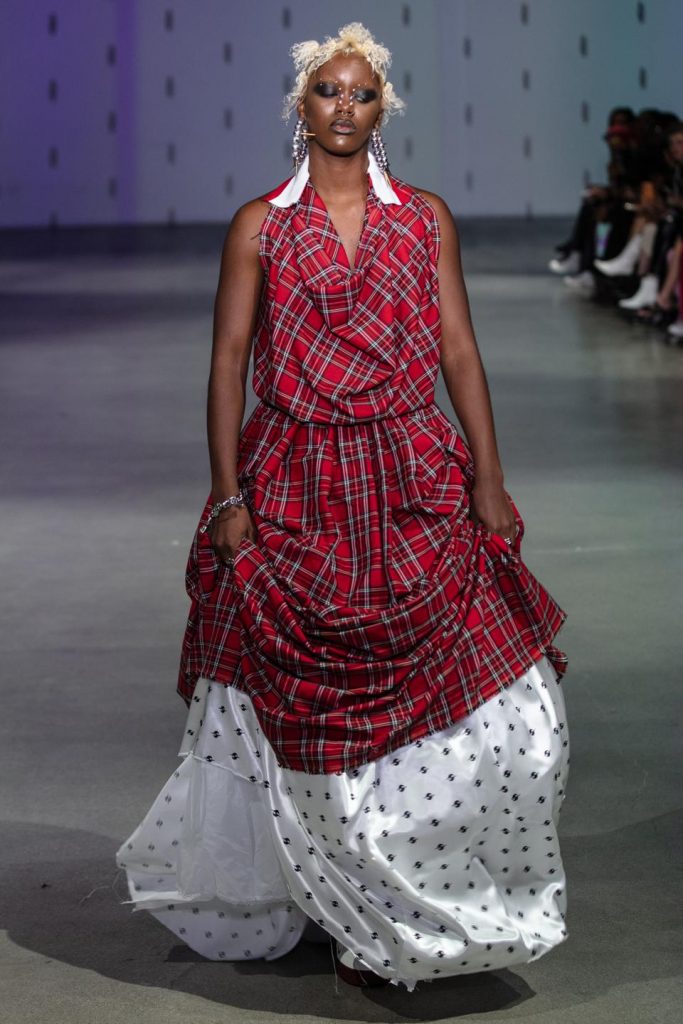 “We’re all about celebrating community. In Los Angeles, there is so much Latino and queer community, and I just wanted to give them a chance,” Uribe said in an interview with WWD. The designer moved his company back to Los Angeles from New York in 2019. Uribe said this L.A. Fashion Week felt different from others. He said there was more buzz about it. “Maybe it is the venue, but I felt more people were talking about it,” he said. Revice Denim was awarded the annual MAFI Award (Moss Adams Fashion Innovation Award) for being an outstanding L.A. brand who epitomizes innovation. The sustainable denim brand uses deadstock, upcycled and organic cotton fabrics and its commitment to diversity in the workplace and domestic production is done primarily in downtown Los Angeles. “They produce beautiful vintage, iconic pieces, use sustainable fabrics and have a big commitment to a diverse workforce, which checked all the boxes for us,” said Martin Hughes, the apparel national practice leader for Moss Adams, a global accounting and consulting firm. Maxwell Osborne, one of the former designers of the fashion brand Public School, created a new line known as AnOnlyChild. In his spring collection at LAFW he pushed out sustainable fashion with his chic and elegant designs. 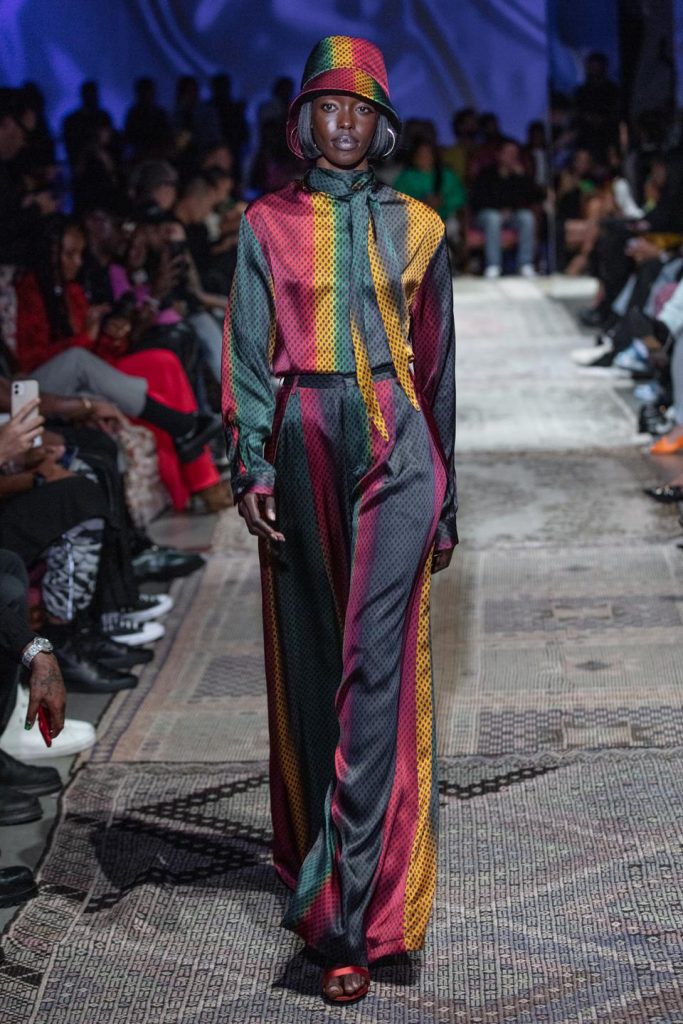 Sami Miro Vintage presented her sustainable fashion collection in an intimate yet lively atmosphere during LAFW. 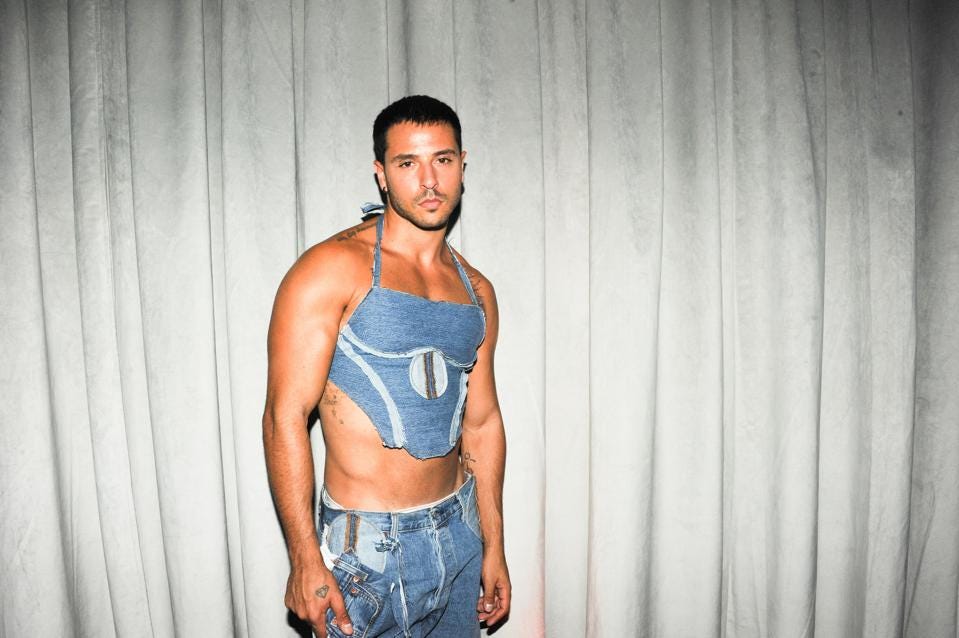 Jennifer Zuccarini, the founder and designer behind the intimate label Fleur du Mal, celebrated the brands ten-year anniversary during LAFW. 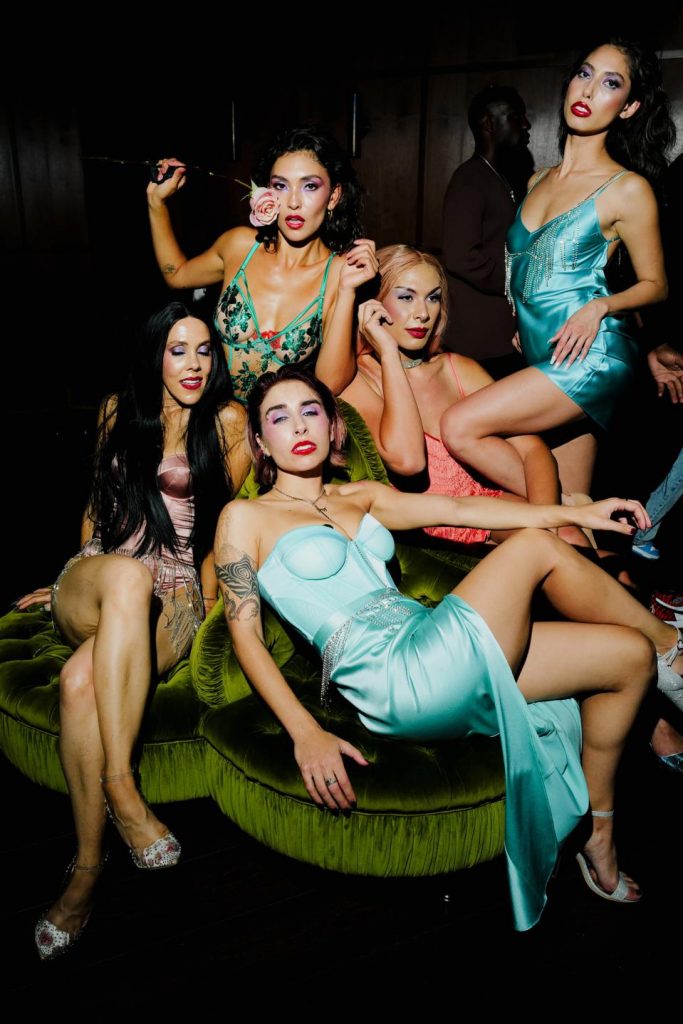 Overall, the four-day festivities were a strong demonstration of LA’s diverse fashion culture. Many up-and-coming designers and brands were featured, sustainable design was front and center and the fact that California still has domestic production manufacturing capabilities, primarily in downtown Los Angeles (unlike the East coast), it is definitely a place where upstart designers can flourish. Keep your eyes open for the West Coast to give NYFW a run for its money.

So tell us, are you considering your own fashion show? Maybe you should check out LAFW as an option?