“I promise you I learn something new every day. And I want to try to keep it that way, until the day I die.” -Azzedine Alaïa 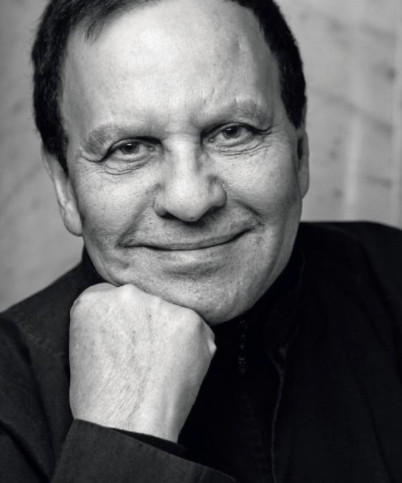 The fashion world recently said goodbye to Azzedine Alaïa, the master of “body con” dresses. And while most will remember him for his expert tailoring and sculpting of the female silhouette, in the spirit of learning something new every day, we’ve collected five facts you may not have known about the designer behind some of fashion’s sexiest looks.

1. Azzedine Alaïa was the son of Tunisian farmers.

He dressed the likes of Greta Garbo, Lady Gaga and Michelle Obama, yet Alaïa was born in 1940 in Tunisia to two wheat farmers—and it was his twin sister who taught Azzedine how to sew. Alaïa was raised by his grandparents and eventually left Tunisia for Paris at the age of 17.

Azzedine worked for Christian Dior then Guy Laroche before making clothes for his own private clients. He designed from his salon on the Left Bank while also freelancing for designers such as Yves Saint Laurent, Thierry Mugler and Charles Jourdan. By 1983, Alaïa opened a boutique in Beverly Hills and was a highly sought-after designer to the stars because of his contoured, clingy, curvy, bodyshaping lines, which earned him the name the “King of Cling.”

2. He sold a portion of his company and then bought it back.

In 2000, Alaïa signed onto a partnership with the Prada Group, selling a portion of his company. This financial pairing led to Azzedine’s first haute couture showing in 2003. However, Alaïa wasn’t a fan of the overmarketing his fellow designers were engaging in at the time which limited his reach and caused him to reevaluate his vision. In 2007, Alaïa was able to buy back his name from Prada. Today, Richemont, a Swiss luxury company, is the sole stakeholder at Maison Azzedine Alaïa.

3. Alaïa showed his collections only when he was ready to do so—not according to the fashion industry’s schedule.

Alaïa was a firm believer that the frenetic pace of the fashion calendar did not support a healthy, balanced lifestyle. In an interview in 2011, he spoke to the dire consequences overworked designers faced, including the death of Alexander McQueen. To combat these dangers of the trade, Alaïa showed collections when he was ready to show collections, whether his offerings coincided with set fashion weeks or not.

In addition, Alaïa dedicated very little time to advertising, interviewing and public appearances, instead preferring to expend his energy on what really mattered to him: his clients, his craft, the flow of creativity and his quality of life. Alaïa once lamented, “Designers working for big houses like Dior or Vuitton have no time to reflect. We can’t just squeeze the young talents out like lemons and then throw them away. Four collections for women, four collections for men, another four collections to sell, and everything has to be done within four-five months – it’s a one-way course towards emptiness. It’s inhuman.”

In the same 2010 rare interview, Alaïa explained, “I refuse to work in a static rhythm. Why should I sacrifice my own creativity to that? That’s not fashion, that’s industrial work. We can hire people to design all day long and then fabricate what they design and sell and sell and sell – but that has nothing to do with fashion.”

4. He was an animal lover and watched the National Geographic channel as a way to relax.

Shakira once gifted Azzedine a Saint Bernard. And that lucky Saint Bernard joined a family of two other dogs, two Norwegian Forest Cats, two Bengals and one Persian cat. Oh, and an owl. Alaïa called his animals, “kings” and felt they must be “treated as royalty.” 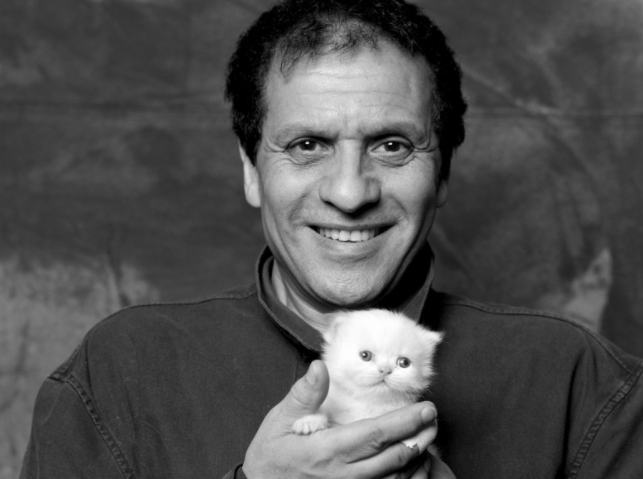 When Francesca (founder of UoF) and I were discussing this blog on Azzedine, she even had her own account of meeting the famed designer that involved his furry companions—

“In the late 70s/80s, I was a huge fan of Azzedine’s work and purchased many of his clothes. One day I was buying milk in my local Korean deli, located next to the Morgan Hotel on Madison and 37th, when in walked Azzedine carrying his dogs. I was never one to act like a “groupie,” but I just completely lost it. I introduced myself, told him how much I loved his work, that he was a designer’s designer and pretty much embarrassed myself as I gushed all over him. He was a complete gentleman and quite modest. I will never forget the experience. Such a sharp contrast to the big, brash personalities of so many other designers…”

And as for the National Geographic channel? Alaïa claimed that watching it took his mind off business.

5. Alaïa started everyday with one question and had a philosophy on how to die happy.

Alaïa called himself a very curious person and started each day with the same question, “What will I learn today?” He had a true appreciation for his clients and other industry professionals and felt grateful that working in fashion gave him the opportunity to learn from interesting people from all fields.

Finally, Alaïa even spoke to his plan for dying happy…

“I don’t take things too seriously, though – in this system, you are closed in. You will wake up one day and you will think, ‘Shit, what have I done?’ You have to take things with a lot of laughter. I laugh with everyone, this way I will be able to die happy. And I put myself on the same level as everyone else around me – from the directrice to the workman, everyone.”

We honor not only the designer who so impeccably celebrated the female form, but also the man who took great care to live a beautifully balanced life in an industry where finding balance can be a great challenge.