While we are currently in the throes of international Fashion Week 2017, we thought we would take a look back at 2017 Couture Week, to get a better perspective of what we are seeing on the ready-to-wear runways and to offer a contrast. Couture will never die as long as  as fashion luxury conglomerates like LVMH and Kering need it to hype their handbags and perfumes. Those of us in the fashion community are grateful, because the couture preserves the art and craft of fashion. Where would we be today without the talented petits mains who so skillfully work their magic in designers’ ateliers? However, this past couture season offered up an interesting mix. Sure there was the ‘over the top’ frou frou of ruffles, embroideries and feathers, but a few new-to-couture designers, introduced bold color, cleaner lines and even minimalistic silhouettes. These elements went a long way in creating memorable couture evening wear that we can’t wait to see on starlets at this weekend’s Oscars. 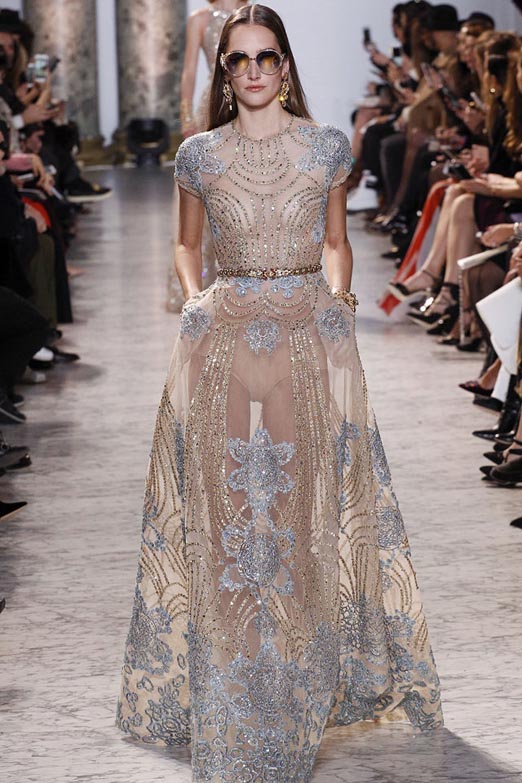 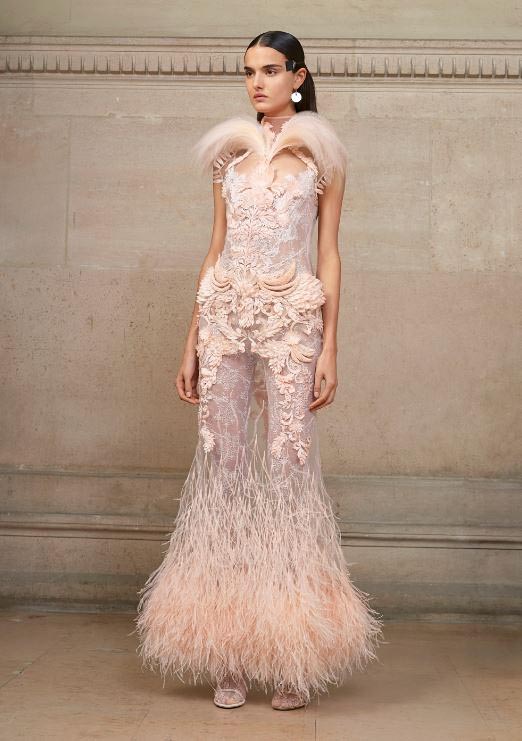 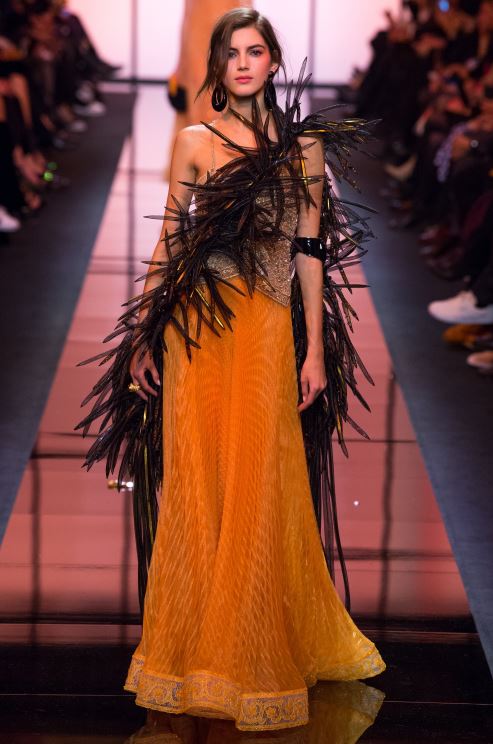 While some couturiers were committed to showcasing embellishments, in the true couture tradition (let’s face it, who else but fans of the couture can afford these labor intensive clothes?), Valentino’s collection, in contrast, came as a surprise. Valentino designer, Pierpaolo Piccioli’s red column gown with cut-out slit armholes, focused on clean lines and less structure.

At Schiaparelli, Bertrand Guyon is also feeling a more modern couture aesthetic. His white gown, devoid of embellishments, adds drama to this clean shape with the addition of cape that hangs from the shoulders giving the appearance of being suspended from nothing! 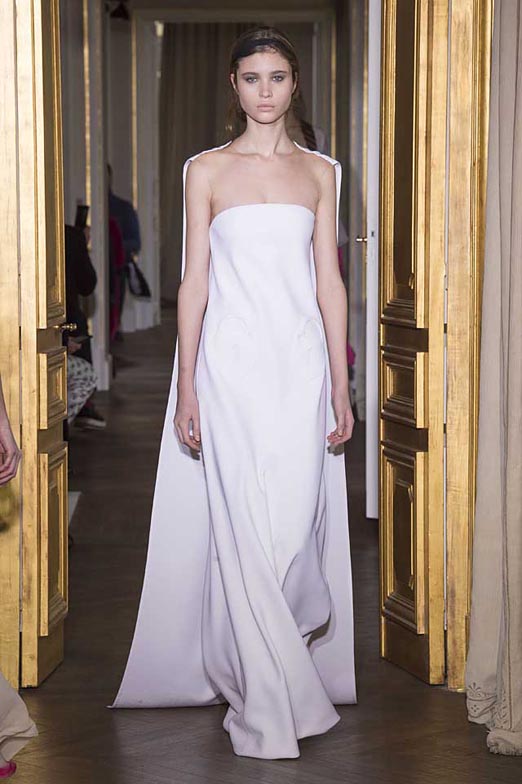 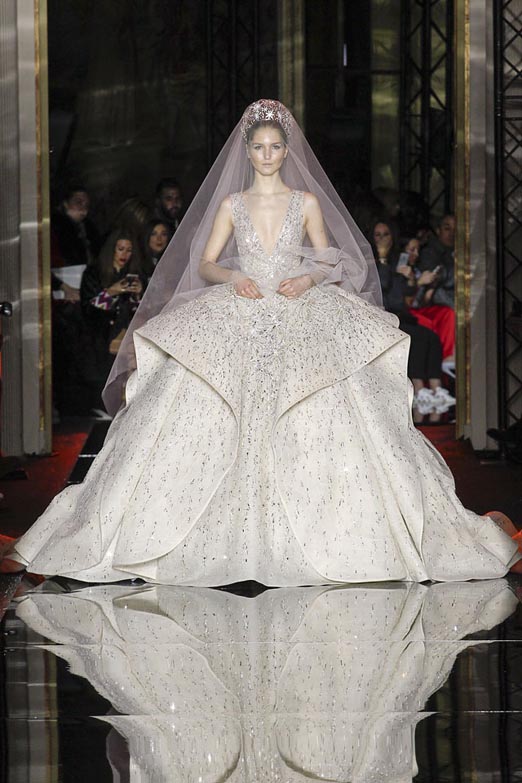 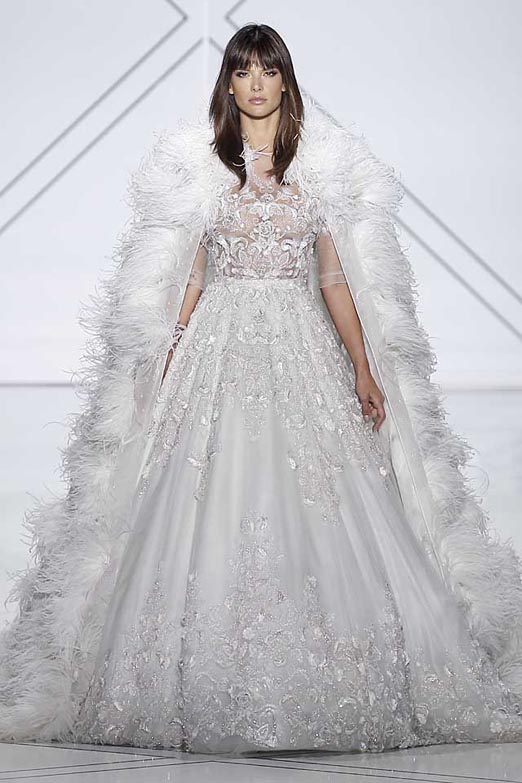 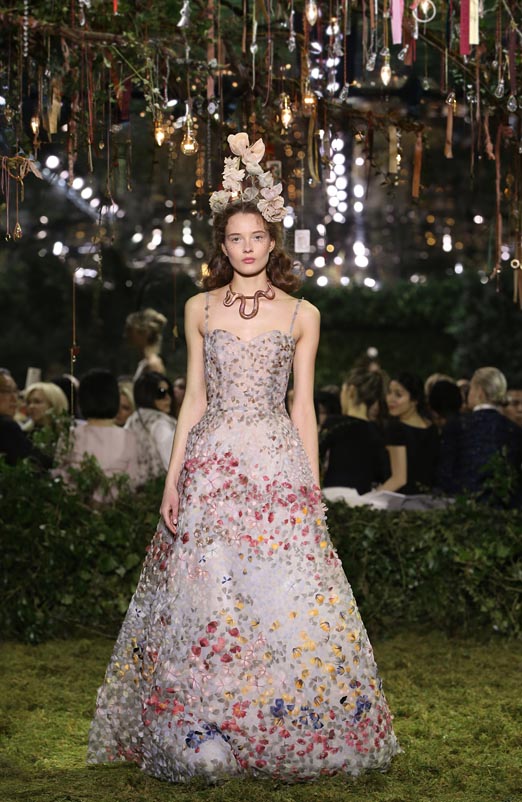 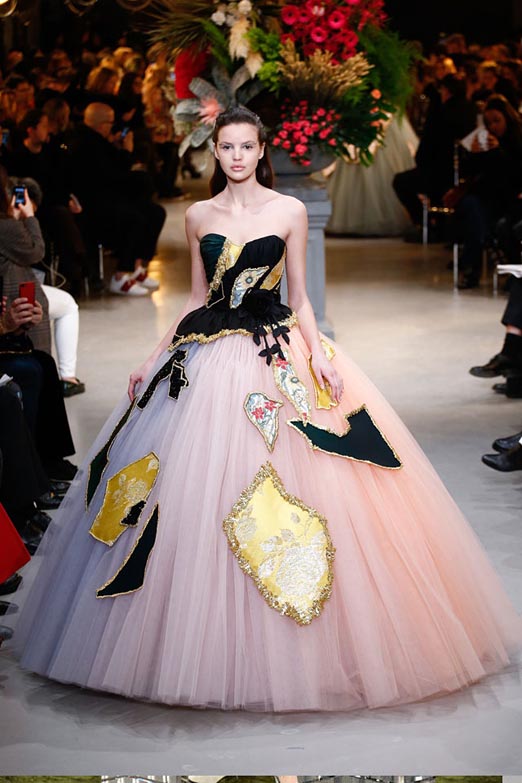 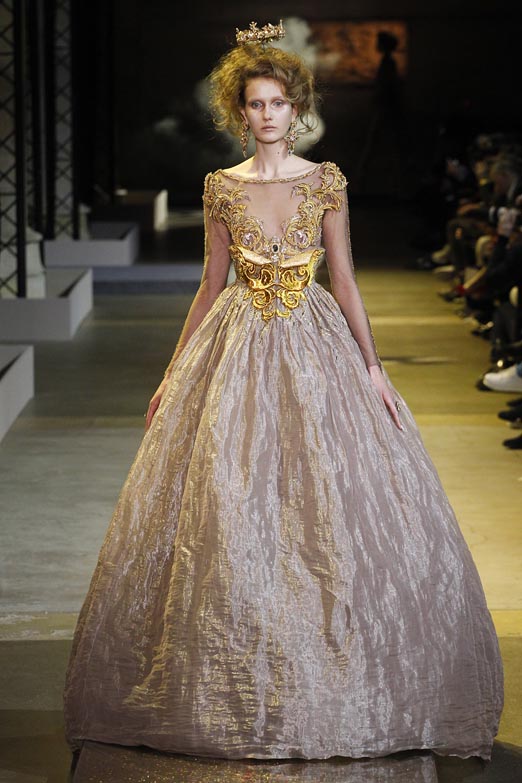 Jean Paul Gaultier, one of fashion’s original ‘bad boys’ and the designer of Madonna’s iconic Conical Bra (which sold at auction for $52,000  in 2012), served up his unique brand of couture with this sheer dress complete with stand-up ruffle collar, circa 16th century. A successful mix of queenly vintage and modern style.

At Maison Margiela, John Galliano collaborated with tulle artist Benjamin Shine for his artisanal couture collection, featuring a white floor length coat with Shine’s black tulle portrait of a woman dramatically placed across the front of the coat. Does it get any better than this? 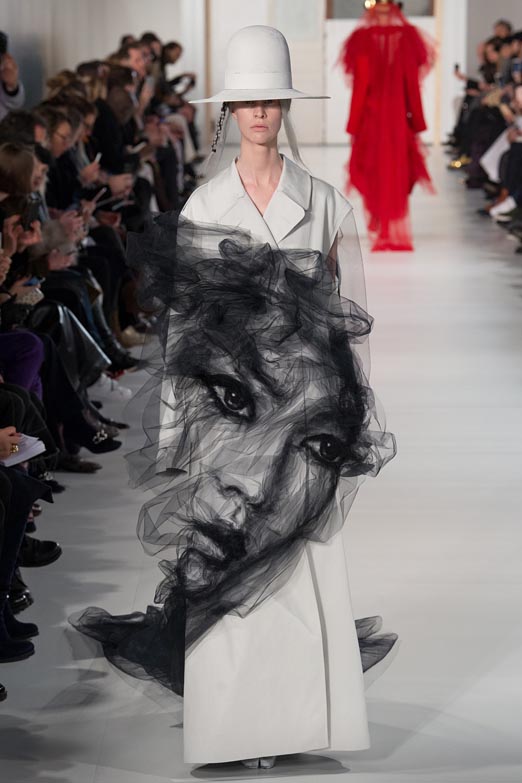 Dutch designer Iris van Herpen’s couture collection was entitled “Between the Lines.” Van Herpen, known for her artistic collaborations, teamed up with Berlin artist Esther Stocker to explore the design elements of negative and positive spaces, gaps and contours, light and shadow. Laser-cut fabrics and Soft 3D hand-casted PU fabrics were hand-painted in another collaboration with architect Philip Beesley.

At Chanel, Karl Lagerfeld channeled ‘ruffles,’ while attempting to targeting millennials, as his final look was presented on French kid star (Johnny Depp’s) Lily-Rose Depp. A baby pink gown with all over ruffles looked like the perfect prom dress for the wealthy girl whose parents have money to burn. 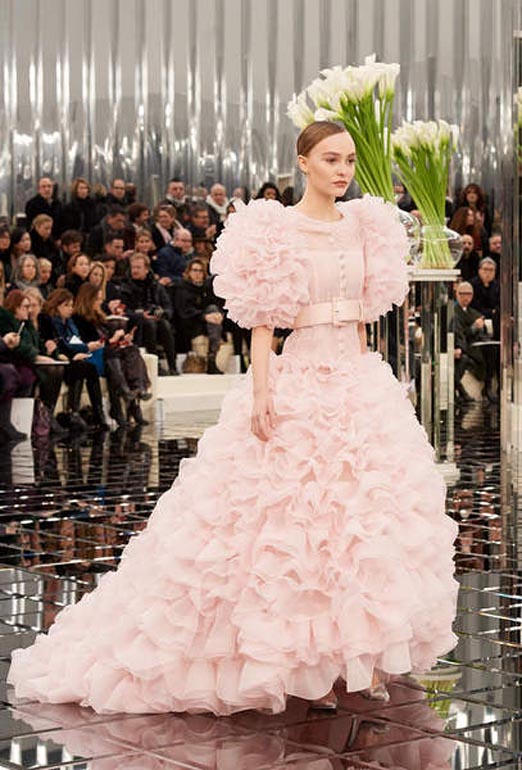 Giambattista Valli’s ruffles adorned the shoulders and hemline. A real show-stopper that is red carpet-worthy, for sure. 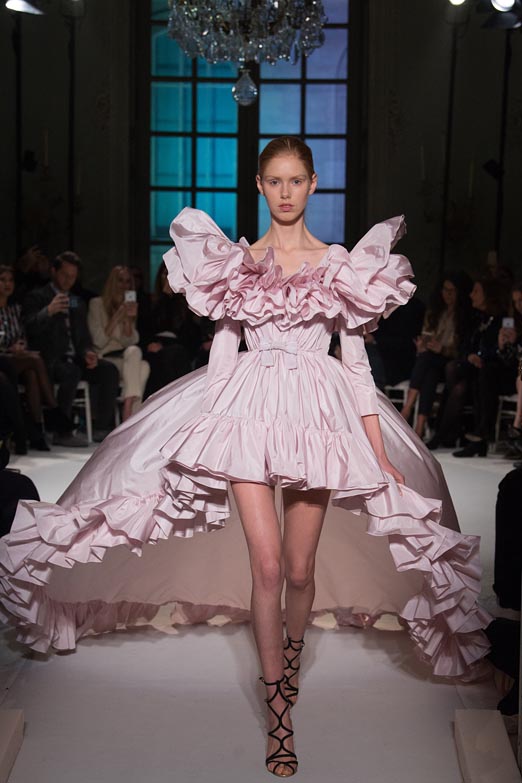 Chanel once said, “It is the unseen, unforgettable ultimate accessory of fashion that heralds your arrival and prolongs your departure.” Surely today’s designers are creating couture that can’t be forgotten even after the wearers’ departure.